How Teak Worked Its Way into Modern Design

Appreciated for its dense grain and rich luster, old-growth teak was a sought-after material among mid-century modern designers, who also pushed it to the brink of extinction.
by Jill Krasny
Pin
Share
Tweet
Email 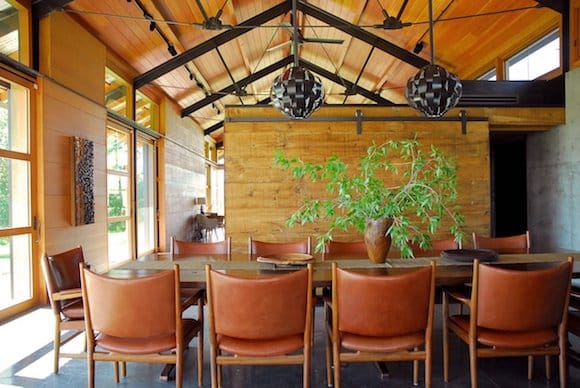 Dining space in a Montana residence by Madeline Stuart. Photo by Janice Barta

The recent revival of Castle Kashan, a towering Malibu mansion once owned by New York socialite Lilly Lawrence, got us thinking about teak. It had nothing to do with its oceanfront views or even its eye-popping price tag — $80 million, a Malibu record for the highest ever — it was the great room’s 12-foot teak dining table, set parallel to the 75-foot infinity pool. How beautiful could a slab of wood possibly be? One word: Very.

“I know this might sound strange, but when you look at the warmth of teak, it immediately connects you to back to the historical luxury of ocean liners and Riva yachts of the 1930s,” says Tim Gosling, a British furniture designer in London. “Teak has a very strong character association as a material.” 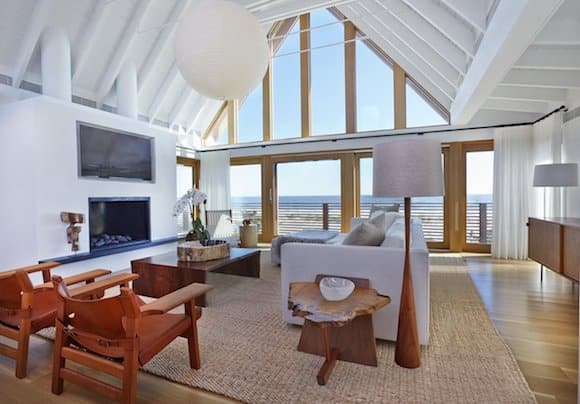 With its enduring classic appeal, you’d think we would see teak more often. However, designers like Gosling, who chose teak for all aspects of his contemporary Gosling Marine collection, are becoming more of a rarity, due to supply constraints and the extinction of old-growth teak, says Jenny Cashin, owner of the shop Mid-Century Modern Home, in New Westminster, British Columbia.

“Specifically, it’s because of an absence of wood,” she says. “You can’t use old-growth teak anymore.” So the wood is harvested too soon, and what’s left is, well, different. 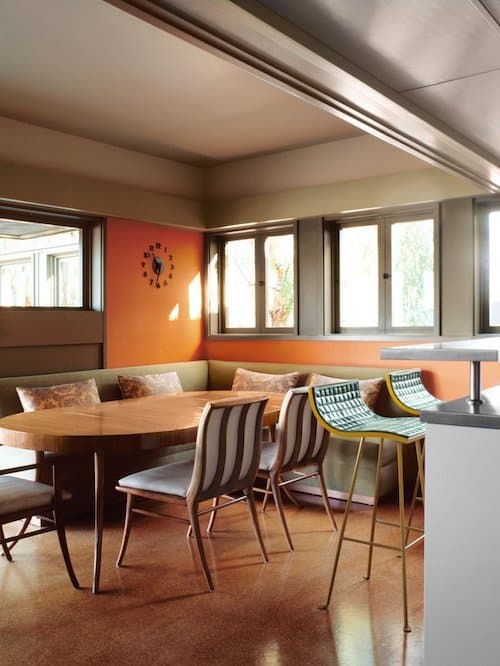 “Teak is incredibly slow-growing, so much of what is still harvested is young, and from a sustainability standpoint, this is far from ideal,” says Brian Volk-Zimmerman of Volk Furniture in Brooklyn. When he does use it, he only goes for reclaimed teak, as many species of the tree have been over-forested.

It wasn’t always this way. In the previous century, according to Cashin, Danish designers, and Scandinavians in general, harvested teak as much as they liked. This enhanced their pieces’ handcrafted look and came to define the timeless simple shapes of mid-century modern design. “We still see current teak deck furniture that’s very porous and light,” says Cashin, who specializes in Danish modern and mid-century modern furniture made between 1940 and 1970. However, she notes, “it’s not the same caliber.” 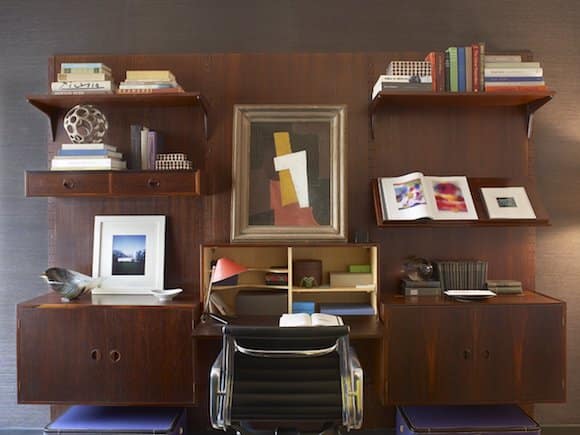 Old-growth teak, aged 150 to 500 years old, is far denser, with a pronounced telltale grain, Cashin says. Though she can’t speak to why Danish designers like Jens Risom relied on it, she believes their choice came down to aesthetics. Ben Erickson, a furniture maker in Brooklyn whose leather lounge chair is made of teak, believes it may have been the material’s workability. “Even though it’s not the best on blades because it has a high mineral content, it is really beautiful to turn and shape by hand,” he says. “You can get an amazing luster by hand sanding and oiling it.”

“Teak is a beautiful, simple wood that works well outside without a tremendous amount of maintenance,” says Los Angeles designer Kay Kollar, who used the wood throughout the Harwell Hamilton Harris residence. Though it needs to be oiled on a regular basis to maintain its original color, it’s still a “beautiful, organic-feeling material.” 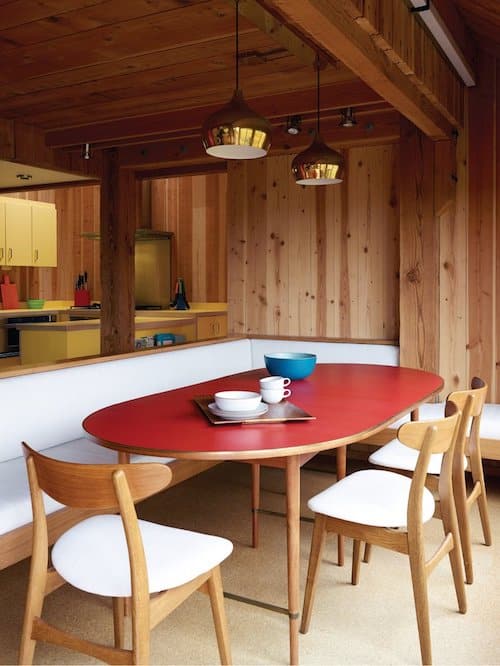 In its heyday, Danish teak furniture was so popular most of the larger cities in Canada imported and sold it. “It’s really amazing that such a small area produced pieces that found their way around the world,” says Cashin, who grew up with a Danish dining suite. She adds, “I do more shopping [for Danish design] in Canada than I do in Denmark because there’s so much here.”

While America embraced mass-produced design by the likes of Herman Miller and Charles and Ray Eames, Scandinavian manufacturers held fast to their handmade traditions, as seen in pieces from the 1950s and ’60s. “They didn’t want to give up beauty for design,” Cashin says, referencing the guild of Danish craftsmen who determined a standard for anything exported out of the country. 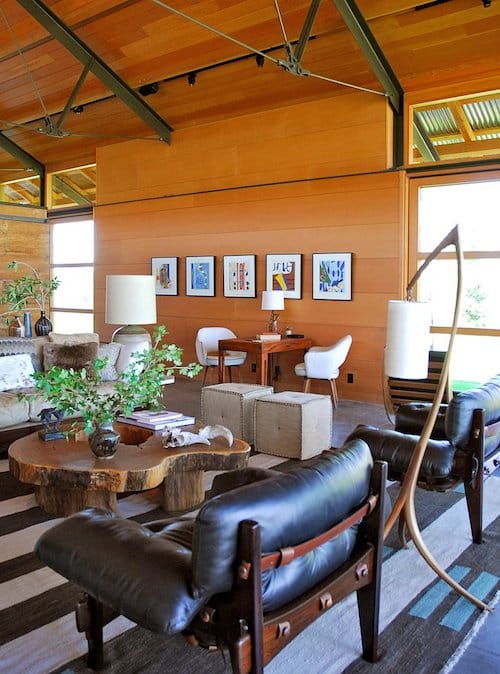 Living room of a Montana residence by Madeline Stuart. Photo by Janice Barta

Not only did teak provide larger pieces to work with, the use of hand sculpting lent the pieces an airy sinuous quality, which went hand-in-hand with the low-slung profile of mid-century modern design.

“I really like to combine iconic mid-century pieces with modern pieces and even antique pieces,” says Kollar, who chose teak for a group of outdoor furniture she designed for a client. 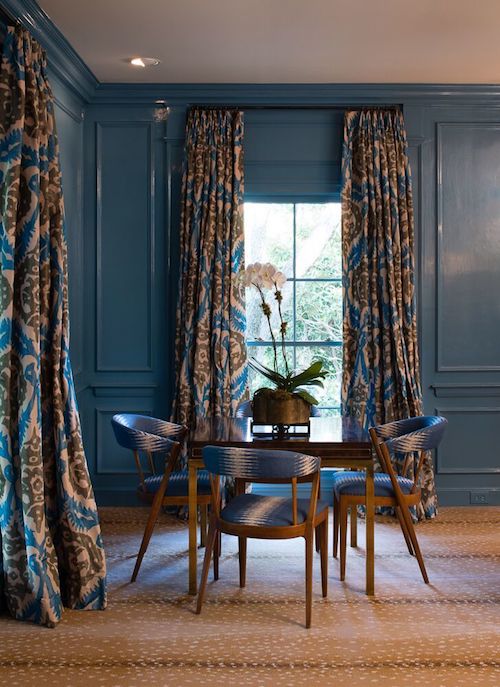 By the 1990s, teak furniture was on the decline, says Cashin. Fast forward 15 years, and it got popular again, though a dearth of supply due to the over-harvesting of old-growth teak ensured the only countries that could export it were in Southeast Asia. “You can still get teak, but it’s just not the same quality,” says Cashin. “It wouldn’t have the tight grain because it’s younger, it’s a different variety. It tends to be rustic and more ornate.”

Put another way, it’s not yet a classic. 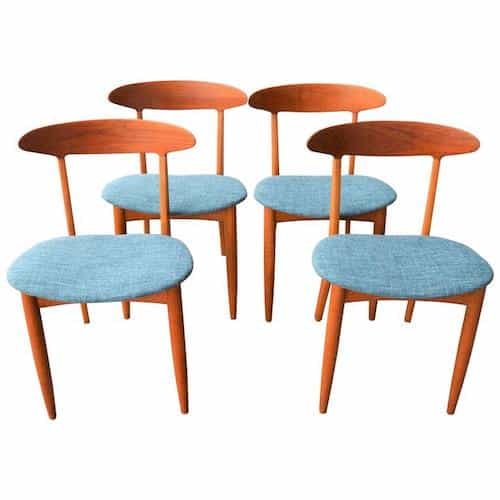 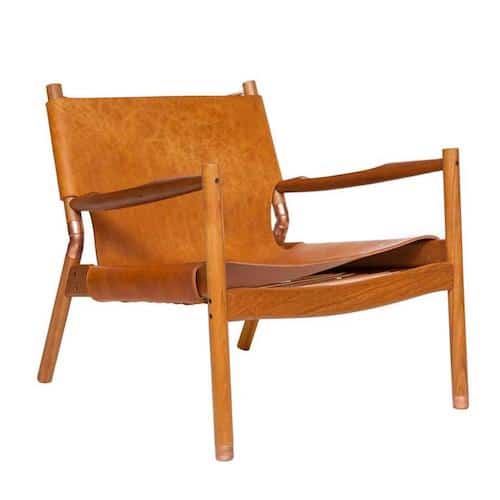 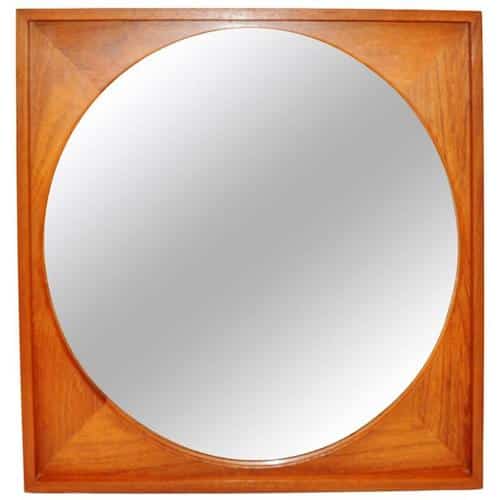 Teak square framed round mirror, made in Denmark, offered by Mid-Century Modern Home 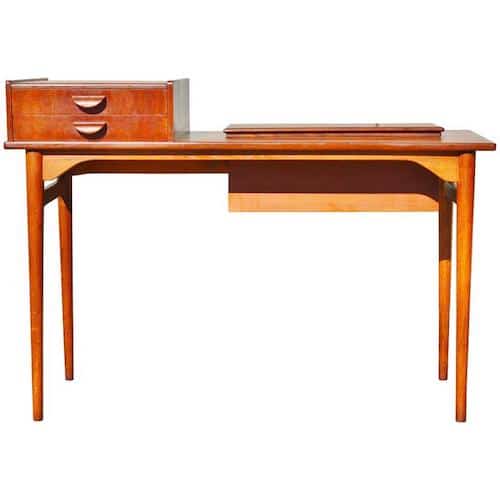 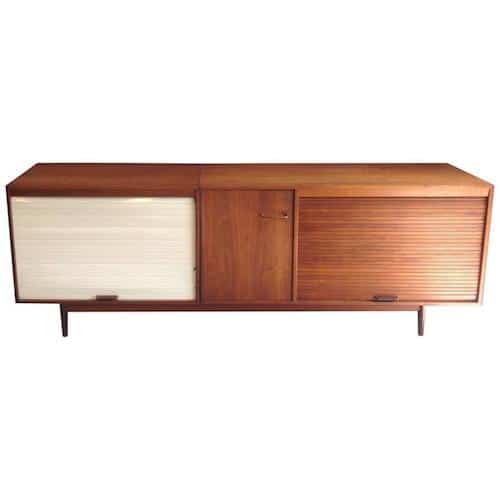 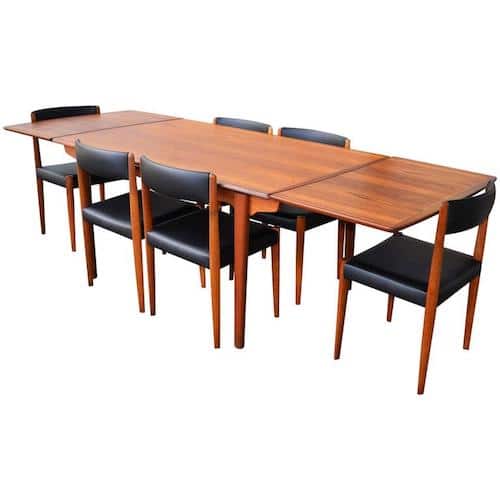 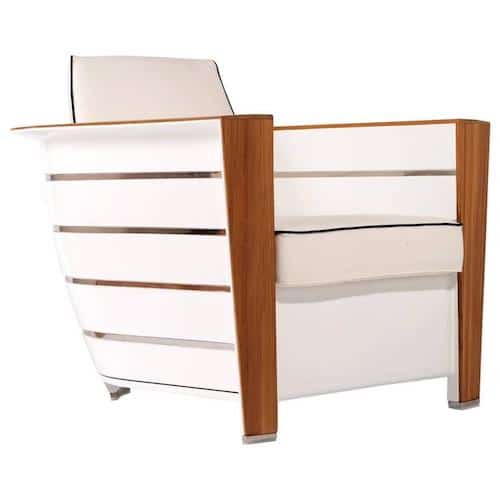 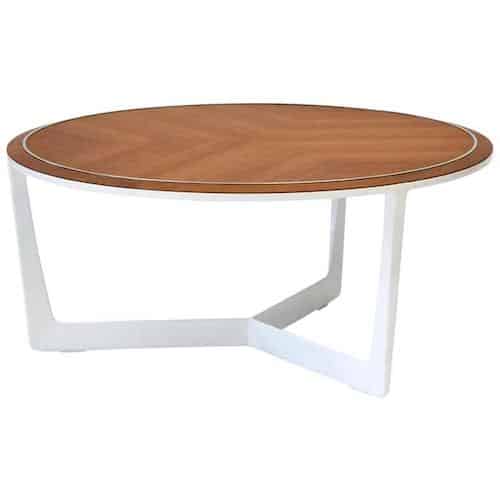