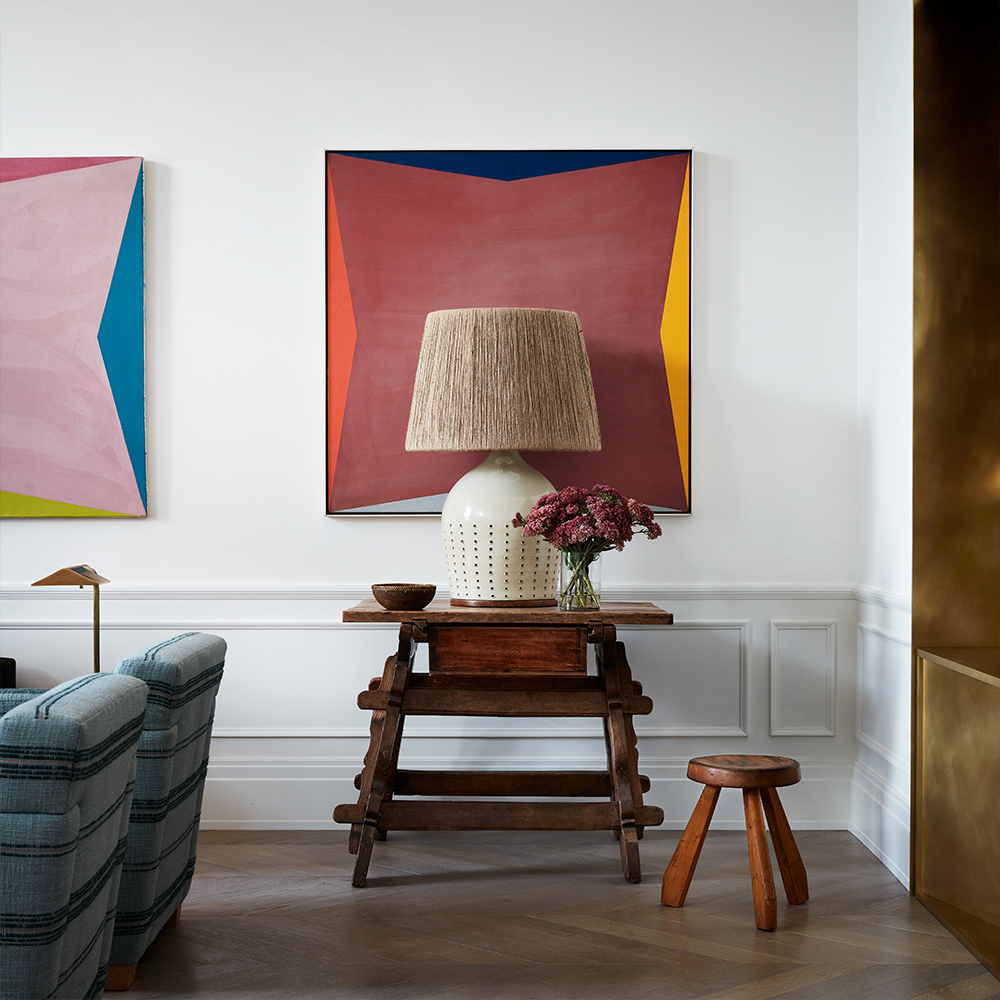 A younger generation of dealers and collectors is recognizing the beauty, craftsmanship and affordability of furnishings from the distant past.

An 18th-century Chippendale chair was once the latest, newest thing, and perhaps it takes a young person with fresh eyes to see the originality that lives in all truly great craftsmanship.

The five antiques dealers below all have different interests and specialties, and their shops are located in far-flung locales, from Dallas to Oxfordshire, England. But all are under 40 years old, and they are bringing youthful energy and focus to their shops, drawing in younger customers while also taking care of the traditional clientele for older items.

The surprising affordability of many antiques compared with much contemporary work is part — but only part — of their allure. The dealers are successfully encouraging clients to use the pieces in new ways, too.

Retzer opened his shop, specializing in 18th- and 19th-century European wares, in 2019. Launching just before a pandemic might seem like a drawback, but Retzer saw an upside in the era of Internet-only commerce.

“COVID expanded the business,” says Retzer, who until recently was based in Chicago’s Lincoln Park area and is soon opening a by-appointment space on the city’s Northwest side.

“We were more local at first, but this period gave us clients all over the world” — many of whom came through his 1stDibs storefront. The fact that collectors were housebound for a year and a half “changed the way people look at their homes,” he adds.

Retzer, now 39, was born in Phoenix and grew up partly in downstate Illinois. He moved to Chicago to attend the MFA program at the School of the Art Institute of Chicago, where he studied textile design, among other subjects (a fan of woven works, he stocks large baskets when he can find them).

After graduating, Retzer worked for a series of dealers with various specialties, like Chinese antiques and architectural salvage. When the last one closed up shop, “it forced me to go out on my own,” he says.

“My aesthetic is very specific. I don’t go for shiny, glossy, modern, brassy,” Retzer remarks, explaining that he prefers pieces with matte or rusticated finishes. “I do old English, old French, old industrial tables and the like. I like anything with a sense of style and a soul.” He’s been noticing that young clients have, on their own, gleaned from the top designers that old and new pieces look great together. “You have to mix to keep it interesting. The days of one-look period rooms are long gone.”

Retzer’s inventory is replete with winning pieces. Among them is an 18th-century Kubbstol (a Swedish barrel-backed chair), which he gave a shearling seat for a touch of comfortable glamour. Carved from a single pine tree, it has a glowing patina acquired over the course of 250 years. Giant French copper pots frequently snare buyers’ attention, but they don’t always know how to use them. The dealer steps in with a perfect reimagining. “They’re great as ice buckets for parties,” he says. “You can fit six bottles of champagne in there.”

That’s just the kind of advice that has been reeling in younger clients, one of whom told Retzer after viewing his offerings, “It’s so nice to see a store full of real things, instead of those just made to look old.”

Being surrounded by fine objects from a young age can go one of two ways. As Seidenberg puts it, “Either everything hits you, or nothing does.” Evidently, it was the former for him, as he is now the third generation of his family involved in running its antiques business.

“I grew up with antiques,” the 34-year-old says of his childhood on Manhattan’s Upper East Side. “Our apartment always had everything from the shop.” Meissen animals and big silver trays made an impression, but one piece really stayed with him. “I have a memory of my father showing me this micromosaic plaque,” he says. “It was an Italian battle scene made around 1810, with incredible attention to detail. My father taught me it’s not about the biggest things, it’s about the artistry.” After studying English and then getting an MBA, he worked in finance and consulting before joining Seidenberg Antiques.

The shop — founded in 1940 by Seidenberg’s grandfather and now headed by his father, Jack — specializes in decorative arts from the 18th to 20th centuries, with lots of bronze, porcelain and silver in the mix. “We don’t deal in furniture but rather what gets placed on furniture,” says Seidenberg.

Being a young person dealing in older items does make him an “outlier,” he says. But “I’m bringing a twenty-first-century perspective, both business-wise and also in inventory. I have my own aesthetic.” He cites a bronze made in 1900 by German sculptor George Wrba as an example of his taste. “It’s a great piece that looks modern and connects to the past.”

Seidenberg notes that while only a small portion of his clientele are under 40, they have specific tastes. “The younger people are interested in our oldest stuff, back to the eighteenth century, and less so in the twentieth century,” he says. He has a theory about why this is so: “They may be coming in to learn how to bring history into their homes.”

For Pargeter, working with high-quality antiques was a childhood goal. “From a young age, I knew I wanted to do this,” he says, noting that he came to the field on his own. “It’s not a family business. I’m first generation.”

Pargeter mentions that, as he chats about his background, he’s sitting in a walnut George I chair and looking at a George I bookcase. This setting is fitting, given that the 34-year-old describes his offerings as “fine English furniture and clocks from the seventeenth century to the late eighteenth century.”

His story sounds like a less sooty version of a Dickensian tale: At age 14, he started apprenticing at a joinery and restoration workshop in his native Oxfordshire. “That’s where I cut my teeth,” he says. “I was there for five years, two or three evenings a week. Restoration and conservation is really my background.”

He even went back to work there for a couple of years after university, then did a similar stint in France. Upon returning to England, he and an acquaintance, James George Broughton, joined forces in an antiques dealership; last year, Pargeter bought out Broughton to become the sole proprietor (he kept the shop’s moniker, which is a combination of the founders’ names).

The business has thrived by offering standout items, like what is perhaps the tallest long-case clock of the 18th century, made of walnut, brass and steel by the great James Markwick of London. “You only have to wind it once a month,” says Pargeter. “It can play a tune every quarter of an hour, if you wish it to.”

Pargeter finds that clients are repurposing antique writing boxes, once filled with pen and ink, and strong boxes, used in olden days by nobility for their valuables, to now serve as handsome organizers. “When they’re full of secret compartments, everyone loves that,” he says.

Such ingenuity and craftsmanship are attracting younger buyers. “Five years ago, it was early-retirement types seeking enjoyment and a good investment,” says the dealer. “Now there’s a shift to people in their late thirties to fifties.” The appeal is simple: “In a world where everything is disposable, the longevity in these pieces really appeals.”

Chris de la Croix-Vaubois, 32, hadn’t expected to join the family business. That changed seven years ago, after he graduated from Clemson. “I fell in love with it,” he says of the antiques world — in part, he explains, because of the business side. “I always loved negotiations.”

“We might be the oldest shop in its original spot on our street,” says de la Croix-Vaubois. Occupying a 9,000-square-foot space in the heart of Dallas’s Design District, Country French Interiors was established by his father, Bruno, in 1986. The district has grown mightily in size and reputation since then, he points out.

The father-son team takes regular trips to France to find items that fit the shop’s name. That said, about 10 percent of the stock, de la Croix-Vaubois notes, consists of Spanish and Italian works.

The selection — mostly 19th century and some 18th century — has changed a bit over time. “We sell a lot of smaller accessories and maybe less furniture than when we started,” he says.

Collectors can find a 19th-century French painted faience rooster as well as an 18th-century Louis XV walnut-inlay bombe chest with a marble top. “I love the patina of old wood — especially old walnut, the best wood in the world,” says de la Croix-Vaubois.

Given his age, he’s well aware of the importance of adding new people to the shop’s collector base and says he’s pleased to be attracting “the younger crowd — it’s catching on.” De la Croix-Vaubois thinks he is hooking them with the simple idea that well-crafted older pieces appreciate in value over time. “These antiques are such a good investment,” he says. “The more we can make young people aware of that, the better.”

“I grew up in Memphis thinking I was the only person under eighty who was into this stuff,” says Calandruccio, age 33, describing his intense and lifelong interest in antiques. The South’s abundant stock of 19th-century architecture and objects, part of his everyday life, helped steer him toward the decorative arts. He eventually moved to New York to get a master’s degree from Columbia University’s Graduate School of Architecture, Planning and Preservation.

At his by-appointment Brooklyn townhouse gallery and on his 1stDibs storefront, Calandruccio presents a wide range of antiques from the 17th to 19th centuries. “American high style may have attracted me initially, but I’ve been moving toward European pieces too — they’re the antecedent of the first interest, so that makes sense,” he says.

Furniture like a Hepplewhite-style circa 1810 cane armchair from England mingles with Meiji-period blue-and-white vases made in Japan circa 1890. And don’t forget the fine art — he has an eye for old portraits, as well.

Like a true millennial, Calandruccio has wielded Instagram not only as a means of connecting with friends and marketing his business but also as a way to talk with other lovers of classical style — many of whom are his age or younger.

“There’s a critical mass on there, and it’s a tool to connect with like-minded people,” Calandruccio explains, adding that during the pandemic, “many younger people were at home looking at their four walls. They had time to change things up, and they started on the app.”

What was popular during that time? “Desks and secretaries. People were working at home,” he says, noting that very architectonic Biedermeier desks garnered particular interest because their proportions fit well in apartments.

Calandruccio has persuaded youthful collectors to adapt other venerable objects to their modern lifestyles as well. “A Louis XIV armoire is an instant closet,” he points out. “An Italian Renaissance cassone serves a coffee table and a storage chest, and I maintain that a wall-sized Flemish tapestry is the best way to give a New York City loft an additional exposure.”

Calandruccio finds the idea of young people buying antiques especially worthy, since the pieces can then be cared for consistently over the long haul. “I think a lot about stewardship,” he says. “Maybe it’s a romantic philosophy of ownership, but we’re all just passing through. We have an obligation to preserve antiques for the next generation.”

Shop Antiques from These Sellers