If you ask us, the scariest thing about Halloween is deciding on a costume. There is, after all, a lot of anxiety involved in coming up with a well-executed, original idea that perfectly captures your fantastic taste and blithe wit. But fear not: a wealth of inspiration can be found among the thousands of portrait photographs on 1stdibs. To help you get a head start, we selected 11 costume-ready images from decades past. From the buttoned-up glamour of First Lady Jacqueline Kennedy to the eccentric ensembles of David Bowie, get inspired by chic interpretations of Halloween costumes — approved and accessorized by 1stdibs. 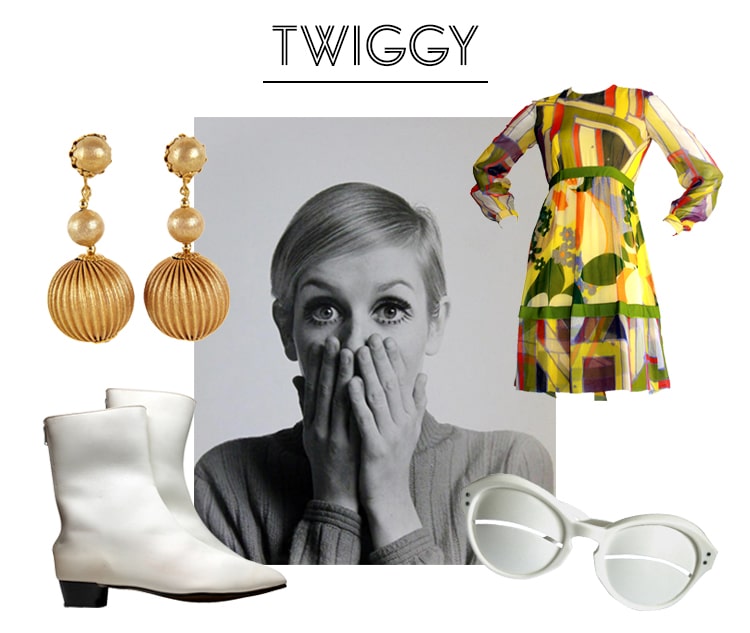 Famed Brit model and muse Twiggy is the poster girl for the swinging sixties. Pair go go boots with mod sunglasses, a bold mini dress and the longest pair of flash eyelashes you can get your hands on. 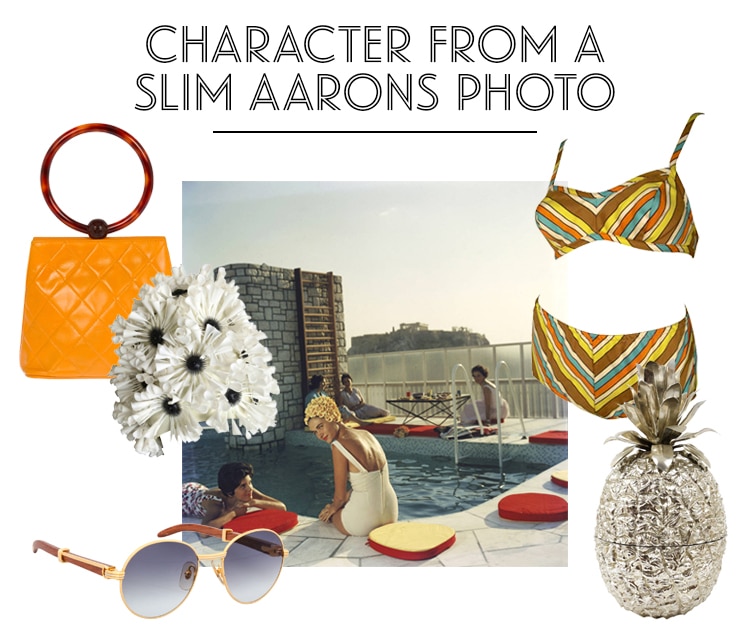 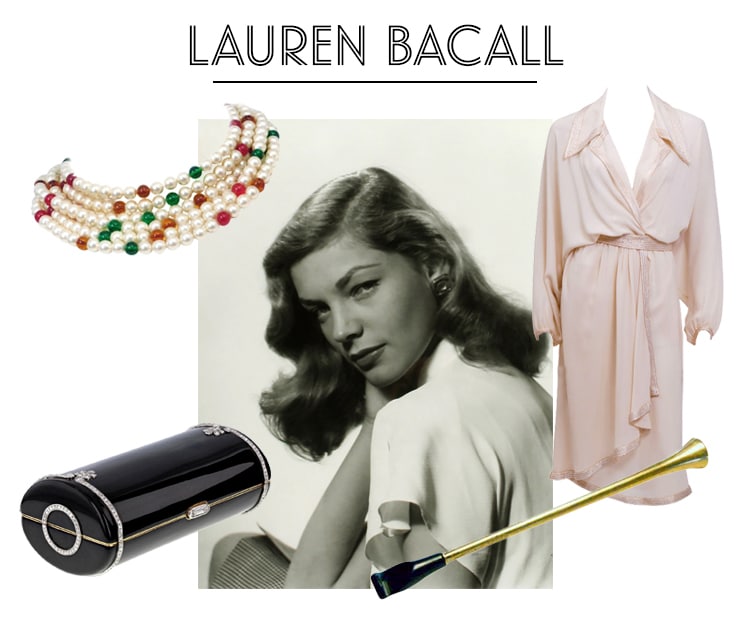 “Lauren Bacall” by Philippe Halsman, 1944, offered by The Benjamin Gallery.

Pay homage to the late Lauren Bacall with a Chloe dress that comes straight from the leading lady’s closet. A few smoking accessories will help you approximate Bacall’s famously smoky voice. 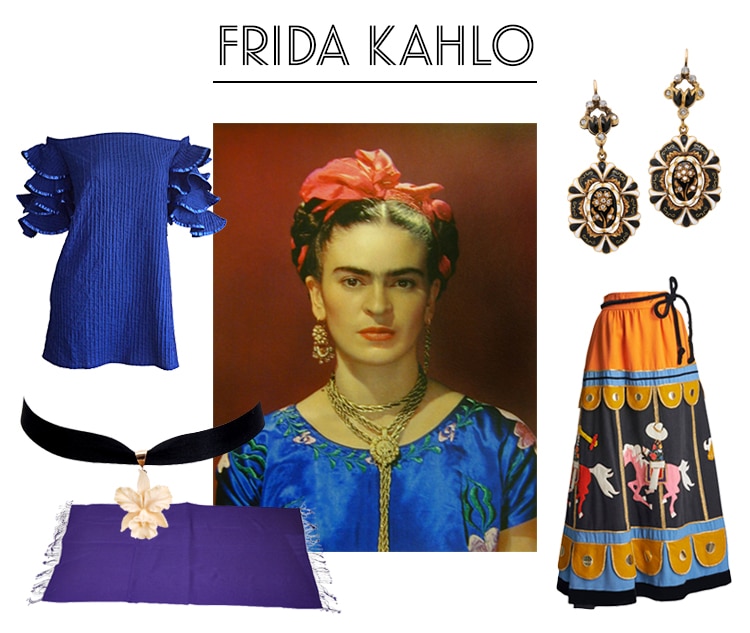 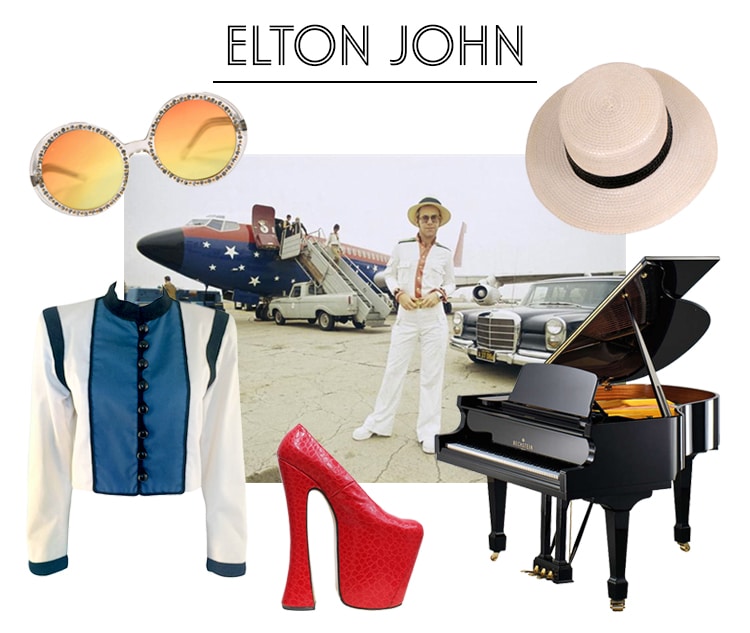 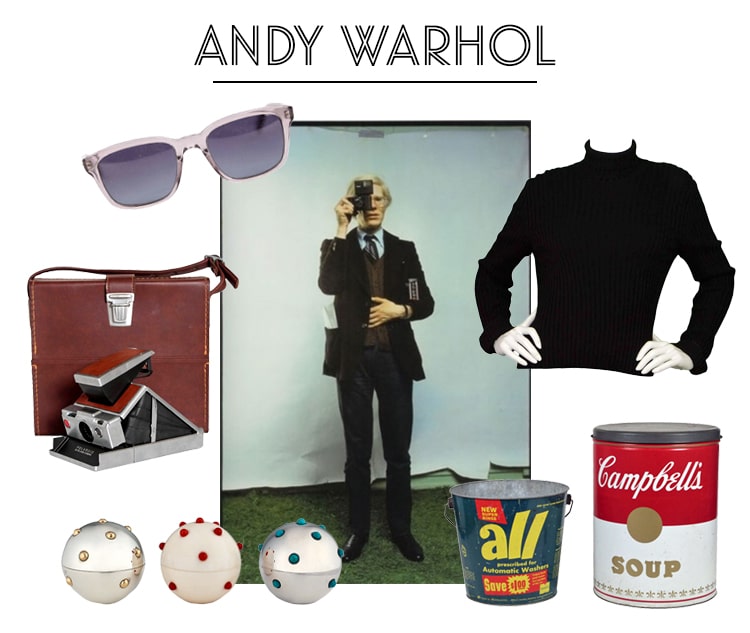 The rudiments of an Andy Warhol costume can easily be assembled with dark sunglasses and a black turtleneck. Then, go the extra mile and tote around a few of the artist’s favorite things: a vintage camera, miniature pill boxes and 1960s advertising props. 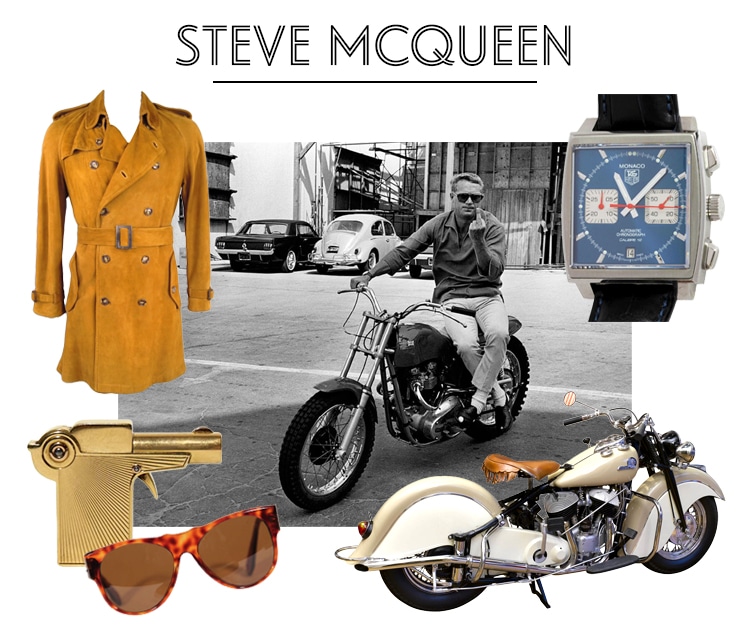 Hollywood heartthrob Steve McQueen was an expert in looking dapper and dangerous at the same time. Look sharp with a suede coat, Persol sunglasses and a chronograph watch. Intimidate with a gun-shaped lighter and a 1940s-era motorcycle. 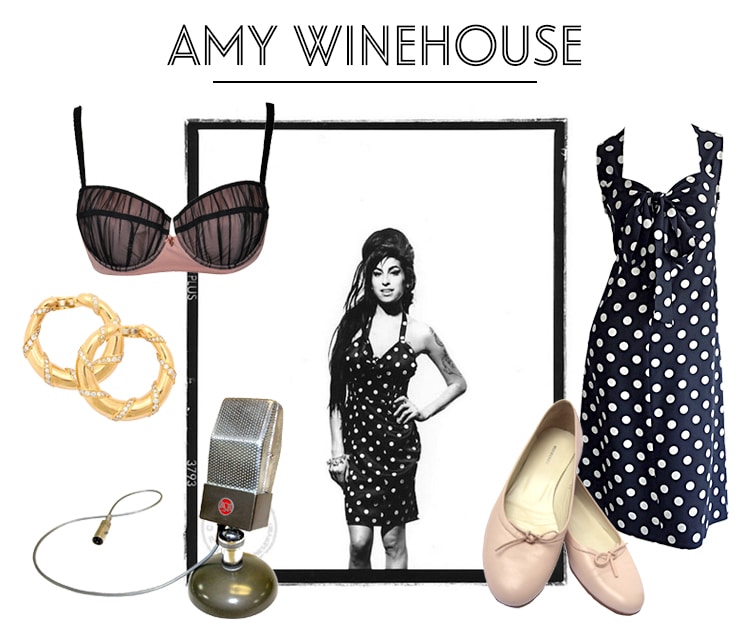 The acclaimed documentary Amy reminded us that the British chanteuse had a personal style almost as distinctive as her soulful voice. Capture her particular hybrid of 1950s rockabilly meets North London street style with a polkadot dress, vintage lingerie, ballet flats and gold hoops errings. 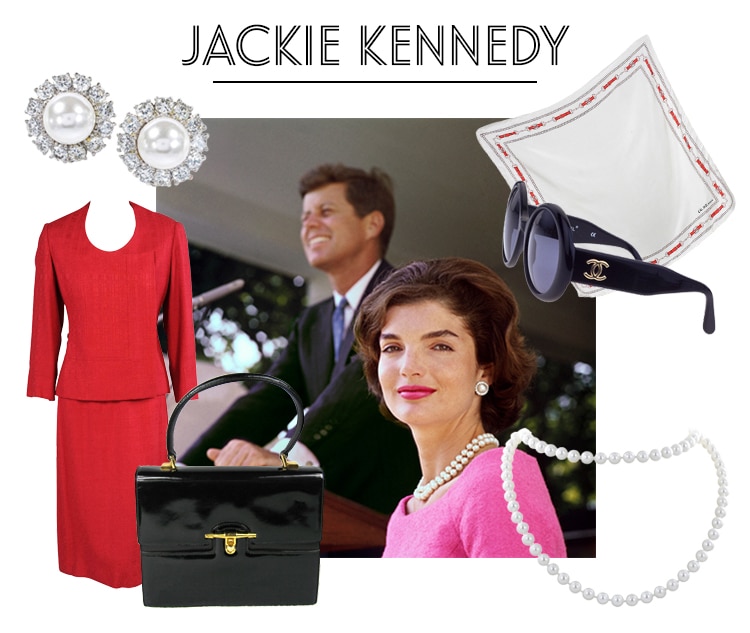 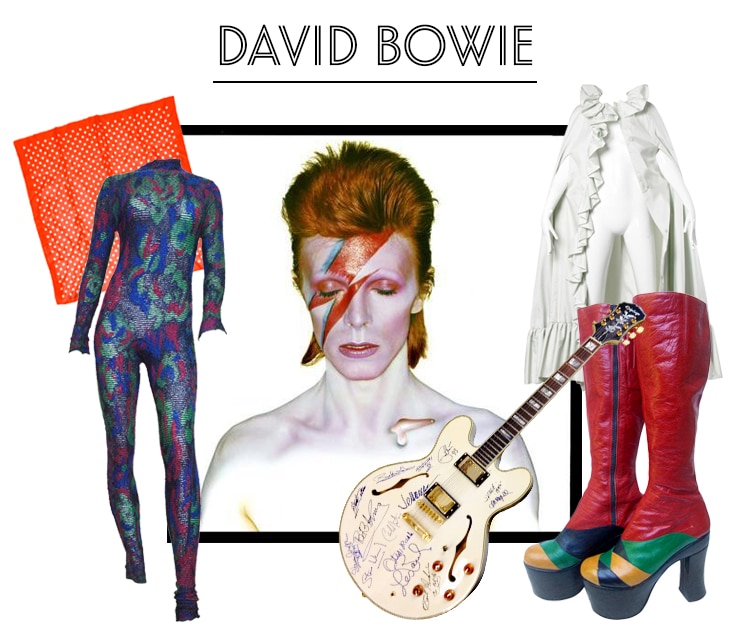 Rock legend David Bowie was famous for pushing the envelope when it came to personal style. Channel an out-of-this-world Starman-inspired ensemble with a kaleidoscopic bodysuit, ruffed cape and knee-high platform boots. 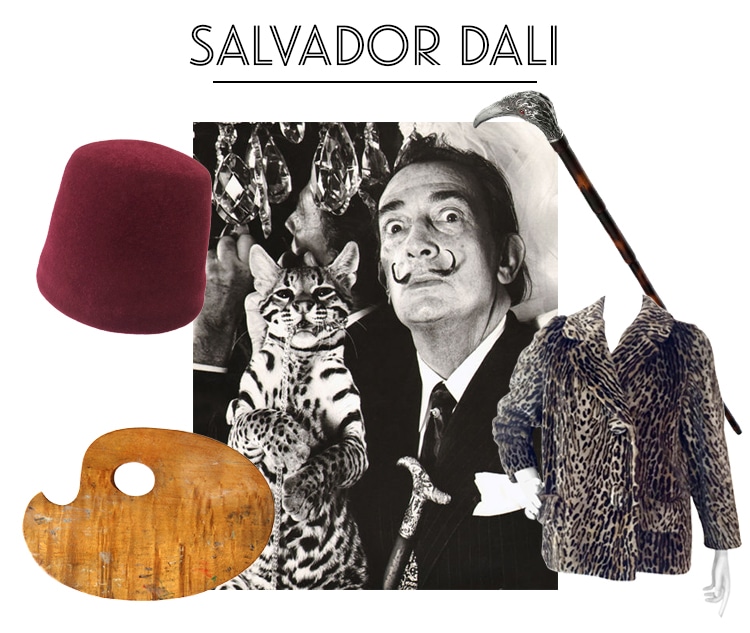 There’s something spooky about the eccentric artist Salvador Dali. His hair-raising mustache is arguably the most important part of this costume, but you can pretend to be the painter with a vintage palette, fez hat, leopard coat and cane.