Eothen, a Montauk estate on the easternmost tip of Long Island, was the summer home of artist Andy Warhol for nearly two decades. Warhol purchased the property in 1971 for $225,000 when Montauk was still considered an off-the-beaten-path destination for vacationing New Yorkers. The five clapboard cottages which comprise Eothen — ancient Greek for “at first light” — are simple, humble beachfront structures. Built in the early 1930s for the heirs to the Arm & Hammer fortune, the structures of Eothen neither resemble the Gilded Age grandeur popular at the time of their construction, nor do they share any aesthetic DNA with Warhol’s cutting-edge, foil-covered Manhattan Factory. But the familiar principle of “opposites attract” must have applied when the Pop Art trailblazer bought the property for use as a quaint coastal getaway.

Under Warhol’s tenure, Eothen served as a low-key escape for his famous friends to decamp, unwind and (of course) debauch. Year after year, one would find a who’s-who hanging out among the simple, whitewashed structures: Jackie Kennedy, Lee Radziwill, John Lennon, Halston, Liza Minnelli, Catherine Deneuve, Elizabeth Taylor and Keith Haring. It wouldn’t be uncommon to hear The Rolling Stones rehearsing cuts from “Black and Blue” amid the dunes, or spot Julian Schnabel painting broken bowls en plein air along the sand. The beachfront site of Eothen also inspired Warhol himself, most notably in his “Sunset” series.

While the compound’s casual layout could never be replicated today — contemporary zoning laws mandate homes be built on a minimum of 10 acres, and set back at least 100 feet from the sea — the opportunity to host your own seaside salon is not wholly lost: Eothen is back on the market for $85,000,000. Scroll down to see more, from both then and now. 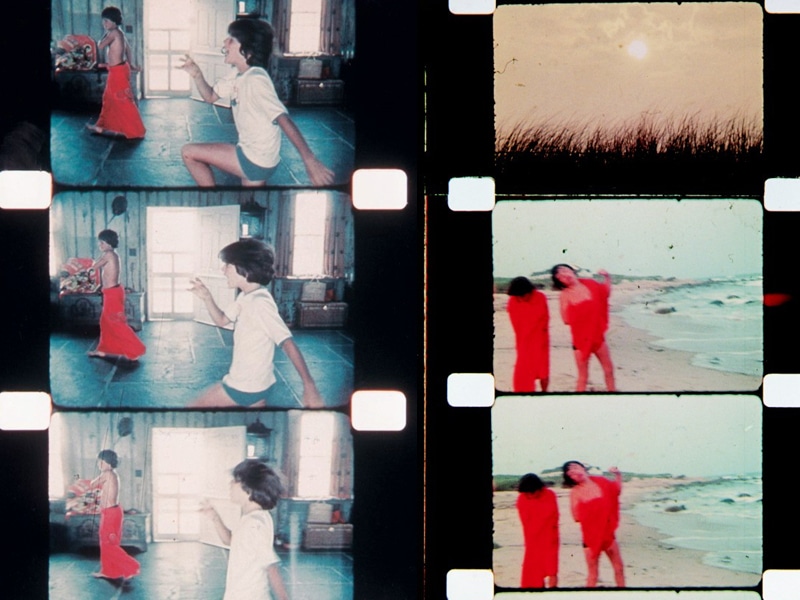 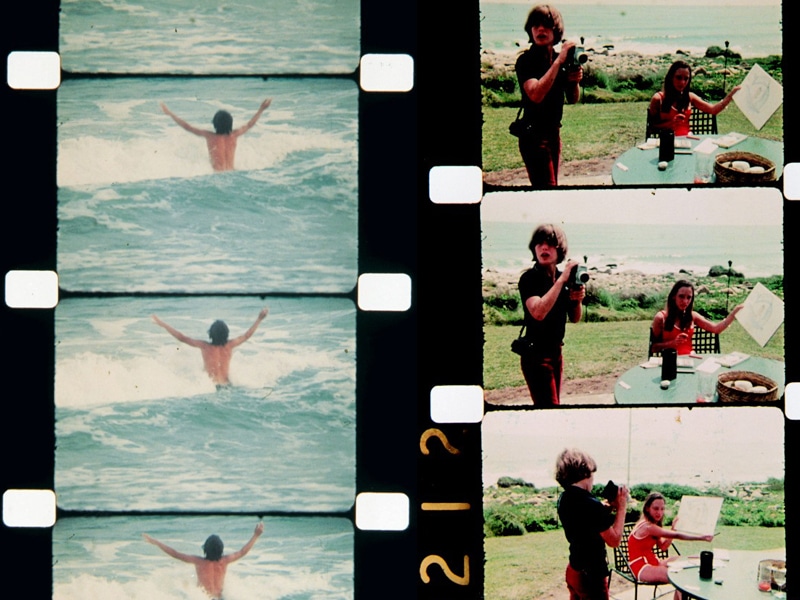 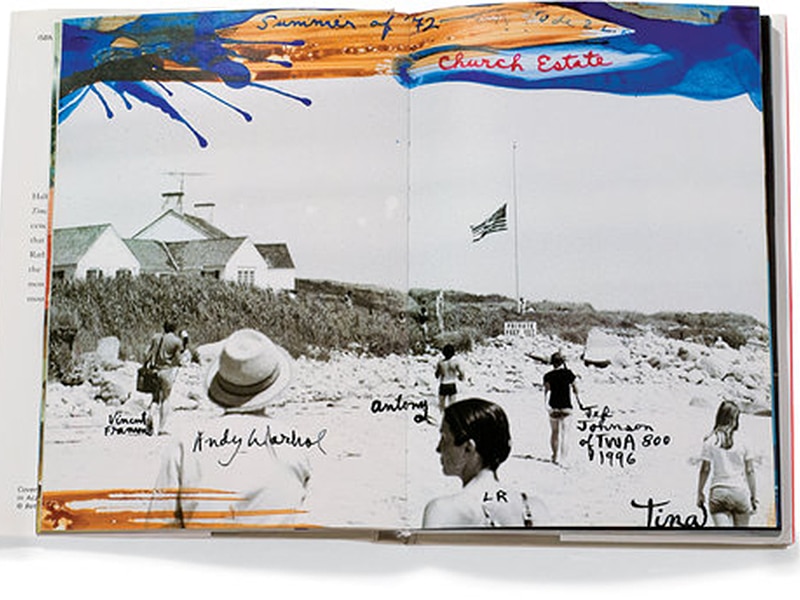 A page from the scrapbook of photographer Peter Beard, who was a frequent guest at Eothen. 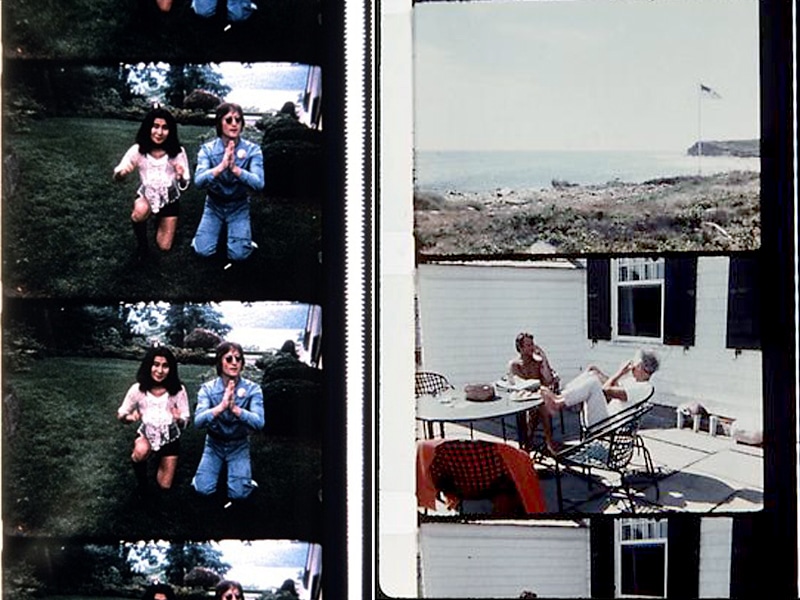 More from the lens of Mekas. At left, John Lennon and Yoko Ono kneel in the grass. At right, Beard and director Elia Kazan chat on the porch. 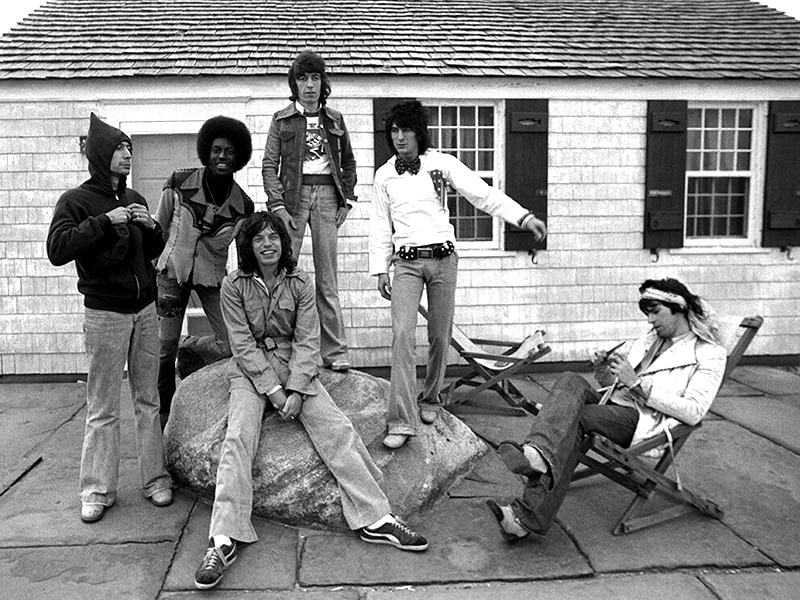 The Rolling Stones, pictured at Eothen in 1975. The group penned the song “Memory Motel” in homage to a Montauk haunt of the same name. 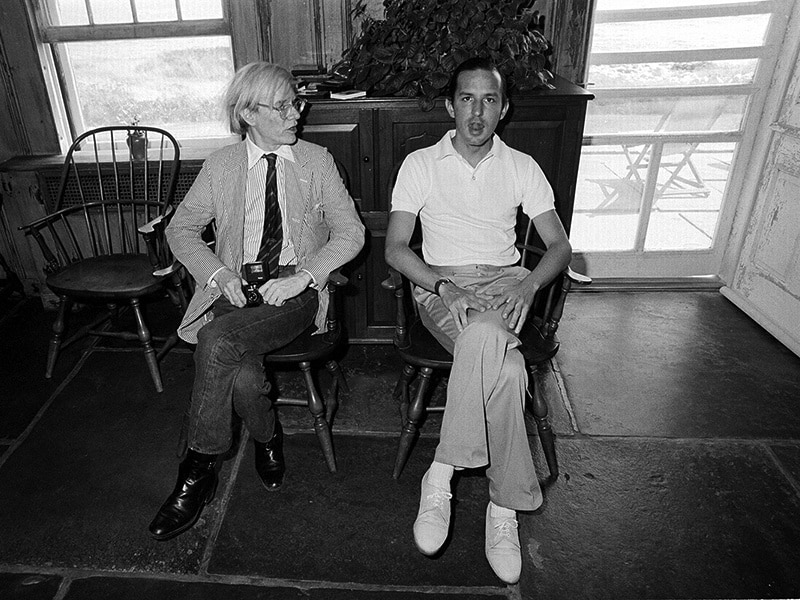 Warhol in the kitchen of the home, alongside his business manager of twenty-five years, Fred Hughes. 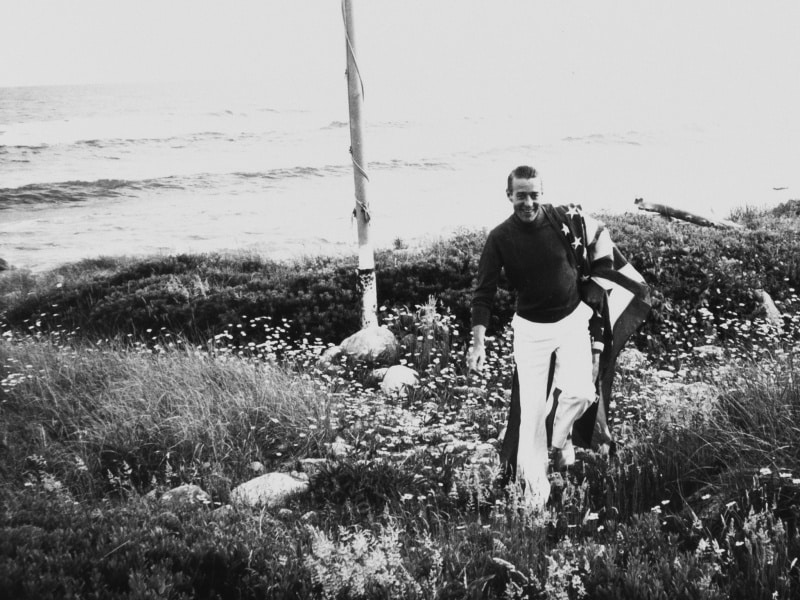 Fashion designer Halston hauls an American flag back to the house. 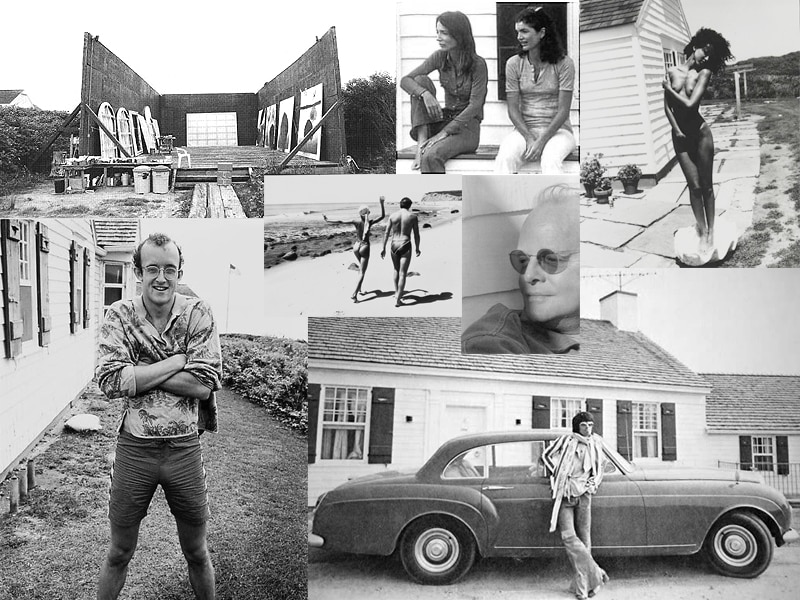 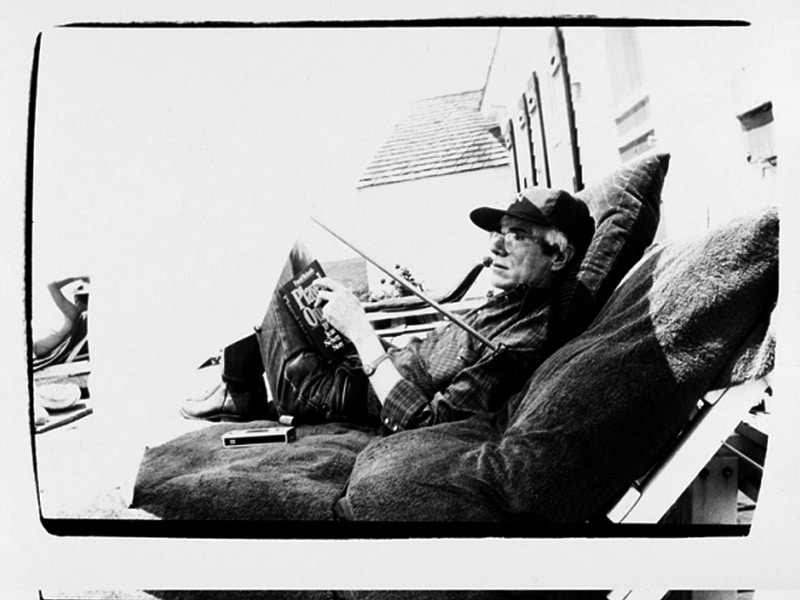 Warhol reclines beneath an umbrella, which the sun-shy artist kept on-hand at all times. 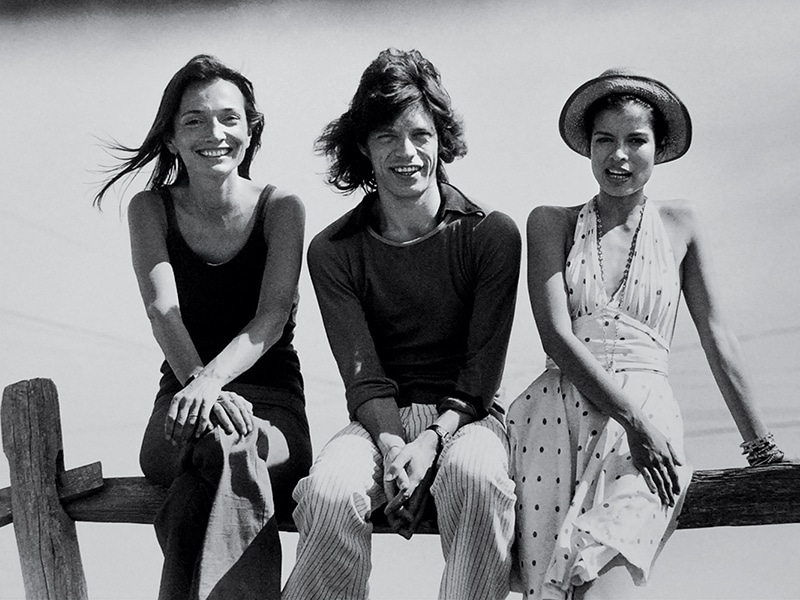 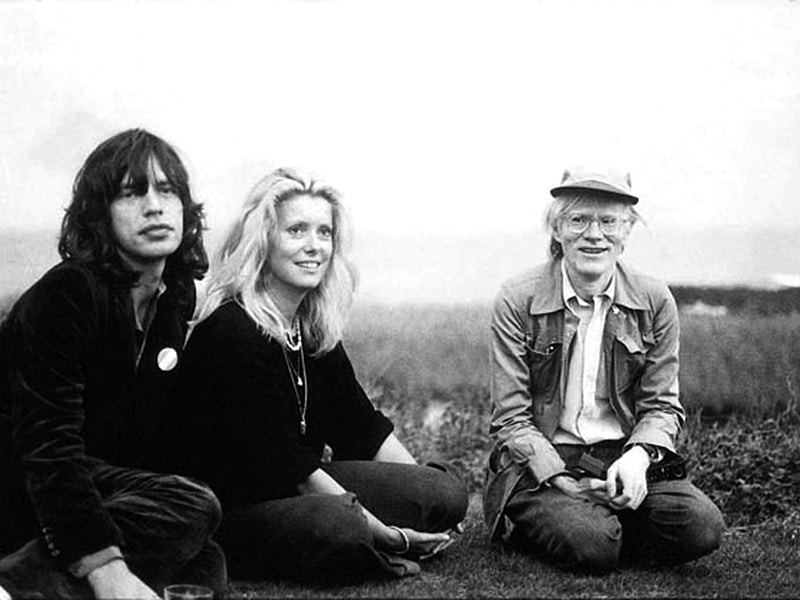 From left, Jagger, actress Catherine Deneuve and Warhol pose in a field. 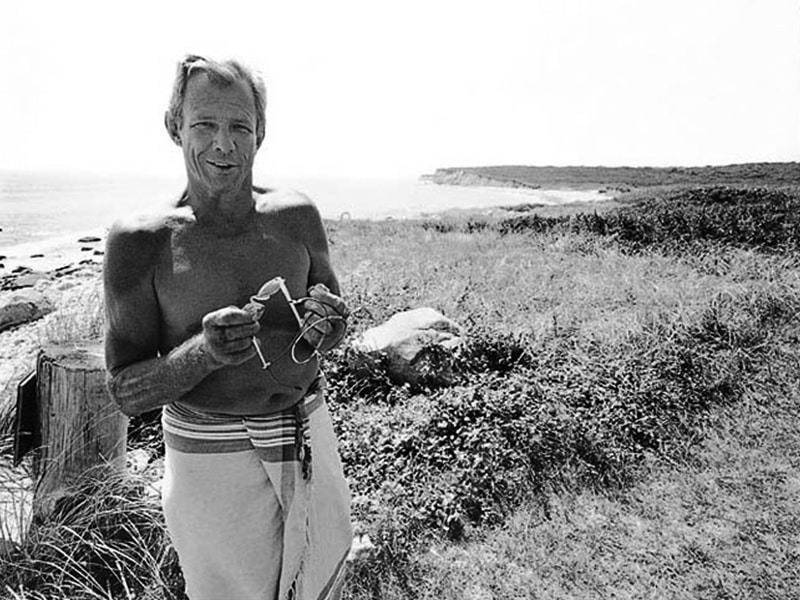 Beard poses atop a seaside bluff.