See Aspen as Never Before, through the Eyes of Aerin Lauder

The designer, heiress and longtime devotee of the alpine haven gives readers a tour of her personal paradise.
by Arlyn Hernandez
Pin
Share
Tweet
Email 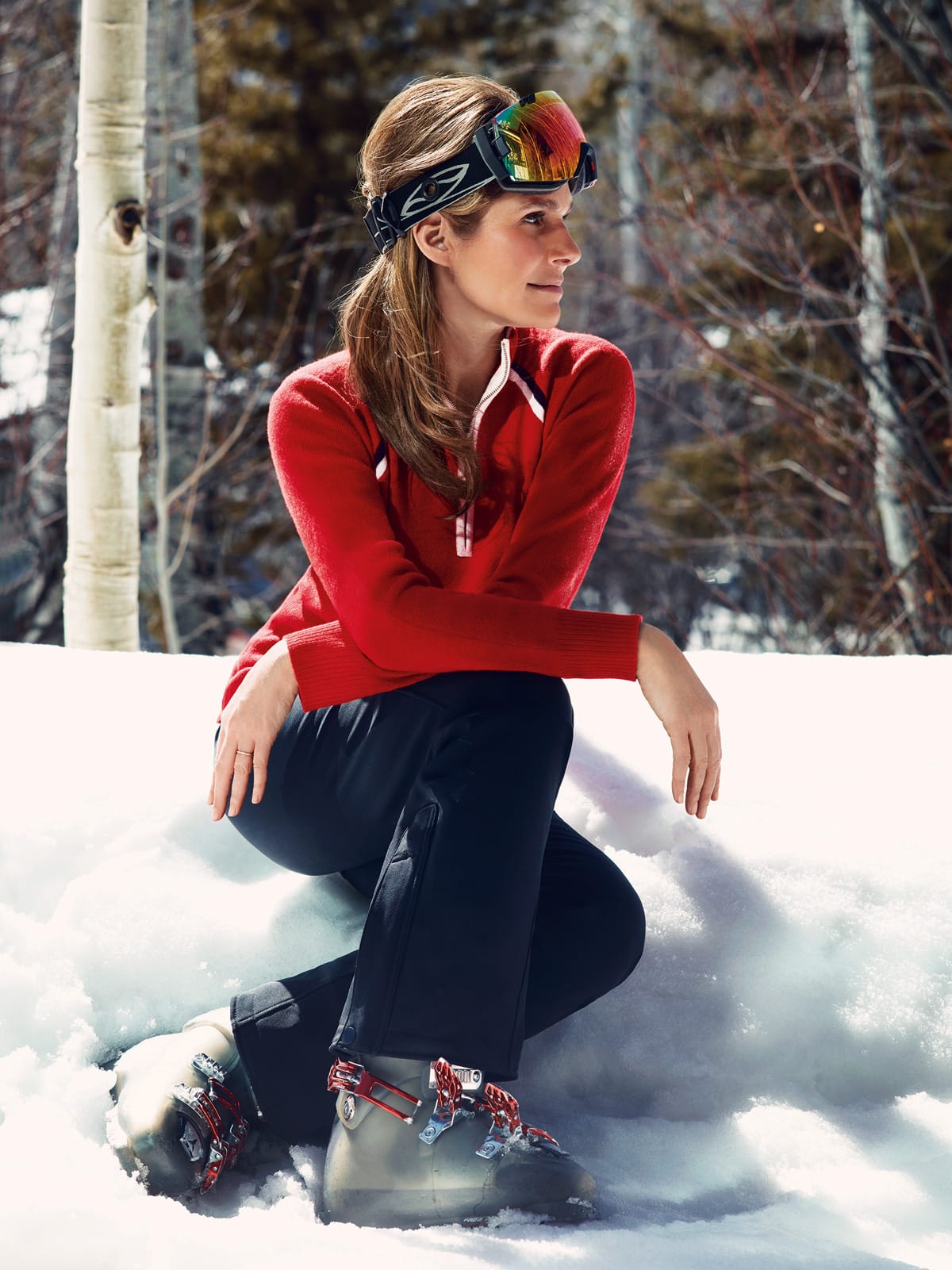 “Aspen is one of my favorite places in the world. It is very dear to me and my family and has provided us with so many wonderful memories and traditions,” says Aerin Lauder.

There is no denying that Aerin Lauder knows beauty. As the scion of cosmetics doyenne Estée Lauder and founder of the lifestyle brand AERIN, it’s her business (literally) to surround herself with all things gorgeous. Which makes it only fitting that the designer and tastemaker would be at the helm of the book Aspen Style (recently released by Assouline), a window into the storied Colorado town preferred by the world’s elite — as seen through the eyes of one of them.

While Aspen is recognized by many as merely the snow-covered playground of the glitterati and the upper echelon of American society, to Lauder, it’s far more than that. “I’ve been coming to Aspen since I was a child, and it is incredibly special to me,” she tells The Study. “I love history, heritage and style, and this magical town represents all those elements.”

“I worked with my good friend Daniel Romualdez on the interiors of our Aspen home,” Lauder explains. “I wanted the house to be understated and restrained, but also cozy. So we kept the palette neutral — white walls, wood furniture and fur blankets.”

Introduced to the mountain idyll by her uncle (and former chairman of Estée Lauder Companies) Leonard Lauder, she offers readers a veritable walking tour of the ski hamlet in the book’s foreword, casually revealing hidden gems like Cloud 9 (the raclette and fondue haven you can only reach by ski) and Kemo Sabe, where, according to friend and photographer Kelly Klein, you can get anything at all — boots, belts — customized with your initials.

“There’s such a wonderful balance of outdoors and style here,” Lauder says. “With incredible energy, great food and shops, it has everything you could possibly want — from skiing to shopping to amazing restaurants and everything in between.”

“Aspen is a place where I spend quality time with my family and friends, and a table featuring a mix of woods and deep browns, while focused on the mountain views, is my ideal setting for a dinner party there. When designing AERIN decorative accessories, I often think about what would make the perfect tablescape in this environment,” she says. © Simon Upton for Beauty at Home/AERIN

She explains the working-class history of the town, a 19th-century silver mining hub whose profit potential lured Jerome B. Wheeler, the wealthy founder of Macy’s, across the continent. Missing the cultural trappings of New York, he brought them to Aspen, opening the famed Wheeler Opera House and the Hotel Jerome in 1889, and essentially laying the foundation to a city now known for other treasures like art, culture and leisure.

From world-class athletes like skier Chris Davenport to Hollywood stars like Kate Hudson, Kevin Costner and Jill St. John to the endlessly colorful writer Hunter S. Thomas to infamous former Secretary of Defense Robert S. McNamara — all of whom are quoted in the book — it appears Aspen has no bias as to its visitors.

“I admire the way Daniel Romualdez mixes new and vintage pieces. He has great taste and sensibility,” Lauder says of her designer’s eye.

“Aspen has many different dimensions and personalities,” says Lauder. “It’s a town of relaxed luxury and delivers the perfect mix of mountains and style. For me personally, it’s been such a source of inspiration for AERIN decorative accessories over the years, which of course include the rich tones of brown and green that mirror the town’s charming scenery.”

A mélange of historical photographs (from black-and-white images of early settlements to Slim Aarons–esque party shots circa the late 1960s) and modern-day imagery (which present a glimpse into Lauder’s own home, as well as a handful of others) paint a picture of the town’s diverse past, though 270 pages do not seem sufficient to capture the energy and charisma so beloved by Aspen’s devotees. Adds Lauder: “I hope that Aspen Style inspires readers to visit and fall as in love as I have.”

From the outside, the two-zip-code mountain sanctum may seem like all glitz and glamour, but to its locals, including Lauder, it’s, well, magic.