Get to know more about this early modernist group, as museums in the Netherlands celebrate its centennial.
by Joann Plockova
Pin
Share
Tweet
Email 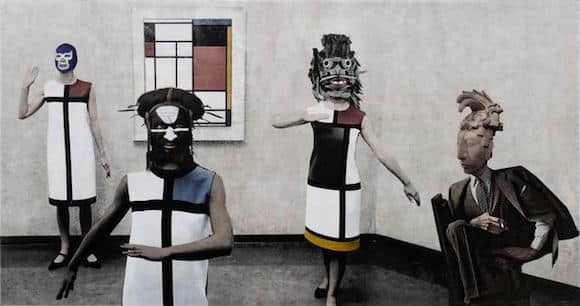 This year marks 100 years since the founding of the Dutch art and design movement known as De Stijl. In celebration, the Netherlands is holding exhibitions and events around the country under the title Mondrian to Dutch Design. 100 Years of De Stijl.

Among the highlights are a series of exhibitions at the Stedelijk Museum in Amsterdam and at the Gemeentemuseum, which boasts the largest collection of Piet Mondrian artwork in the world and one of the largest De Stijl collections.

It was in October of 1917 that artist, architect and critic Theo van Doesburg released the first issue of De Stijl magazine. A platform for artists, designers and architects to express their revolutionary new ideas, the journal was a launching point for what would become an international movement. Meaning “the Style,” De Stijl was an attempt at pure abstraction — one centered on the use of primary colors and perpendicular lines as a utopian expression of a harmonious world.

Along with van Doesburg, the group’s most integral members were Bart van der Leck, Gerrit Rietveld and Mondrian, whose geometric red, yellow, blue and black “Composition” paintings remain the most recognizable work of the movement. Mondrian used the term “neoplasticism” to describe the abstract art that he and his friends produced.

Not just an art movement, however, De Stijl also had a profound impact on modern design and architecture. It would go on to influence Bauhaus and the International Style of architecture. Although it was disbanded in 1931, De Stijl continues to inspire the popular imagination today.

Here’s a rundown of top-notch pieces by De Stijl creators and their ilk on 1stdibs. 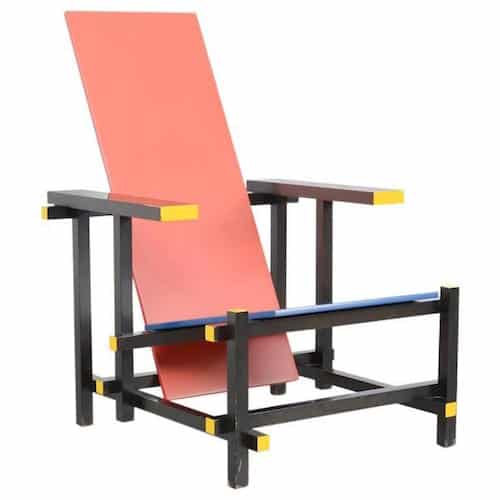 Made from two plywood plates and 15 connecting bars, the Red and Blue chair is a calling card of the De Stijl movement. Designed by architect Gerrit Rietveld, the chair is most often referred to as the Rietveld chair, likely because it didn’t actually get its signature De Stijl colors until the early 1920s. Originally designed in 1918, the piece has been manufactured by Cassina since 1973. 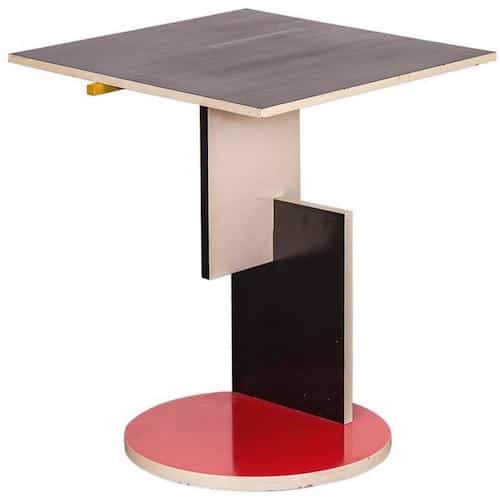 Also designed by Rietveld, this asymmetrical side table was constructed for his first residential commission, the Rietveld Schröder house in Utrecht, which is now a Unesco World Heritage Site. Both the home and the table, with their primary colors and reduced geometric forms, were created using the principals of De Stijl. You can also see the influence of cubism on De Stijl. 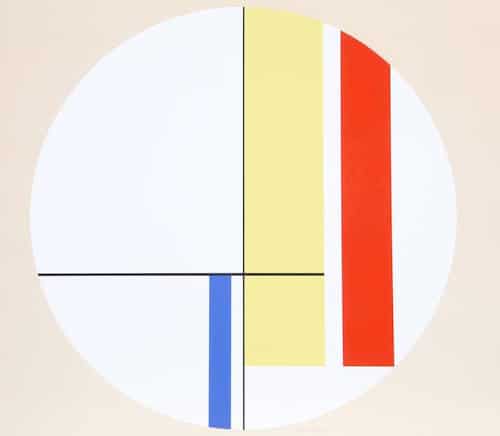 Russian-American artist Ilya Bolotowsky was highly interested in the work of Piet Mondrian. A founding member of the New York–based American Abstract Artists, Bolotowsky was smitten with Mondrian’s pure geometric abstractions from the period when lived in New York. In this signed, untitled silkscreen print from around 1970, you can see Bolotowsky’s use of hard-edge vertical and horizontal lines, as well as primary colors, although he didn’t limit himself to this palette. 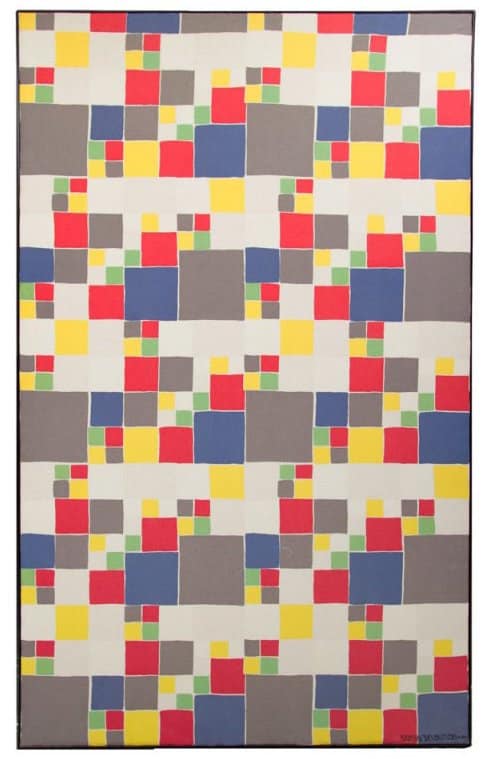 “De Stijl and Metz & Co”(on view though next January) is among the exhibitions being held at the Stedelijk as part of the 100 years of De Stijl program. It will present the furniture, textiles and other design items by De Stijl members who created pieces for this Amsterdam-based department store that was said to be highly influential in spreading modernism in the Netherlands in the late 1920s.

The exhibition will also feature work by artists who adopted the De Stijl aesthetic. Among them is Sonia Delaunay, who created a number of fabric designs for Metz & Co. In this wall decoration from her 1960s series “Abstraction Géométrique,” you can see some De Stijl–like forms. 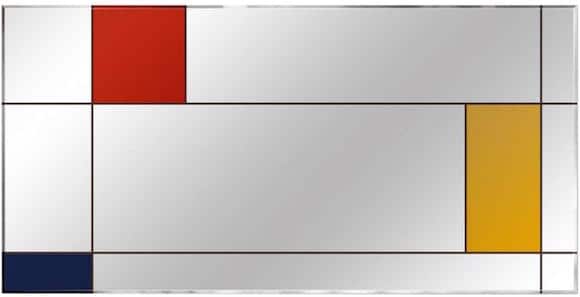 Mondrian is the De Stijl group’s most well-known member. His familiar black lines with red, yellow and blue blocks are still reproduced in artworks and products today. In the 1960s, Yves Saint Laurent designed the Mondrian Collection of cocktail dresses. This wall mirror by Italian manufacturer Rimadesio is among the many decor pieces created in the likeness of Mondrian.