French furniture pieces from the 18th-century are, in many ways, the Platonic ideal of an antique. By and large, they are exquisitely constructed, reflect a rich social and political context and come with their own semi-foreign vocabulary. French furniture pieces from the 18th-century can also be dauntingly complex and overwhelming to a non-expert.

But, believe it or not, you don’t need to have a degree in the decorative arts to appreciate (or retain) some of the nuances of French antiques. To wit, we created a basic primer to help you learn, spot and understand some of the key differences between armchairs of the Louis XIV, Louis XV and Louis XVI styles. It should also be noted that, since these styles evolved organically, pieces may exhibit characteristics of more than one age simultaneously. Nevertheless, approach it as a framework to learn your ABCs of the XIVs — and to take a little of the guesswork out of French antiques. Read on to get started! 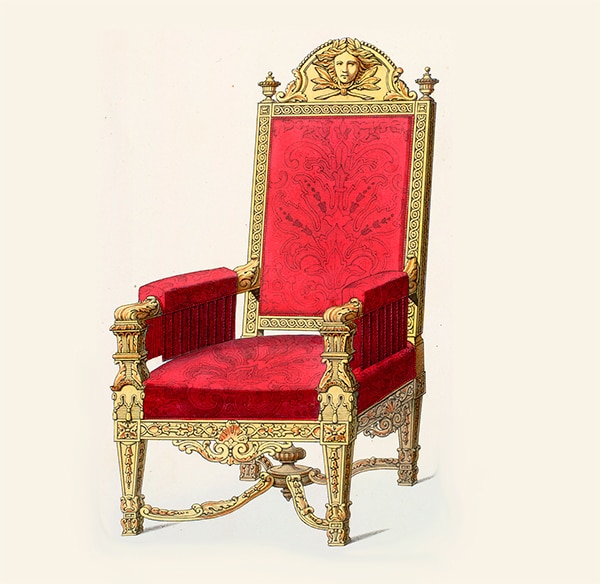 Context: The Sun King took the throne in 1661, and his reign ushered in a period of unparalleled splendor in the French decorative arts. It was his belief that the furnishings and decor (not to mention his home, Versailles) should reflect the glory, wealth and power of the monarchy itself. Accordingly, many of the exuberant, flamboyant pieces from this period (or, pieces created in the Louis XIV style) may be properly described as Baroque.

How to spot a Louis XIV chair: 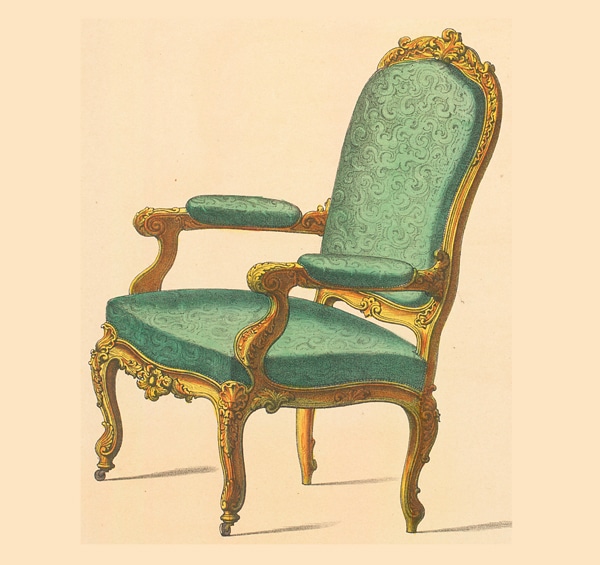 Context: Louis XV style represents the French iteration of Rococo. In fact, the term “rococo” is thought to be a portmanteau of the French words rocaille and coquilles—“rock” and “shells”—organic motifs frequently used in architecture and design of the style. Gentle S-curves and naturalistic floral motifs are characteristic of the period, and crop up frequently on carvings of chairs. Some postulate that the increased social prominence of women influenced the more delicate and asymmetrical designs of the Louis XV style.

How to spot a Louis XV chair: ‎ 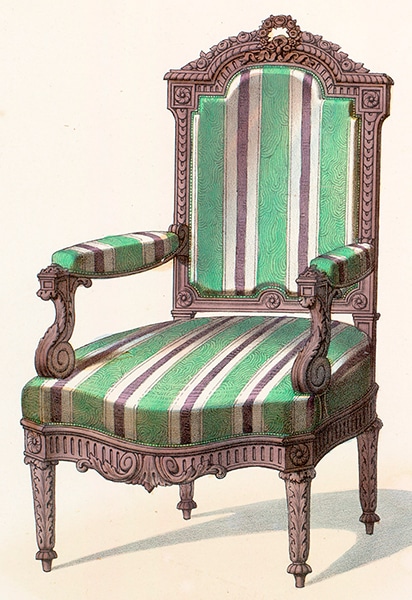 Context: Termed the goût grec when it emerged circa 1750, Louis XVI style reflects a reaction against the florid stylings of the previous era — and, according to some historians, a nostalgic impulse for the grandeur of the Louis XIV’s reign. During the second half of the 18th-century, French furniture underwent a Neoclassical revision. Restrained, geometrical forms were preferred to the twirled, freehand designs of Rococo, and stylized references to classical Greek architecture abounded.

How to spot a Louis XVI chair:

All drawings courtesy of the Smithsonian Digital Archives. Put your newfound knowledge to the test and see how many items you can correctly date while shopping French seating pieces on 1stdibs.