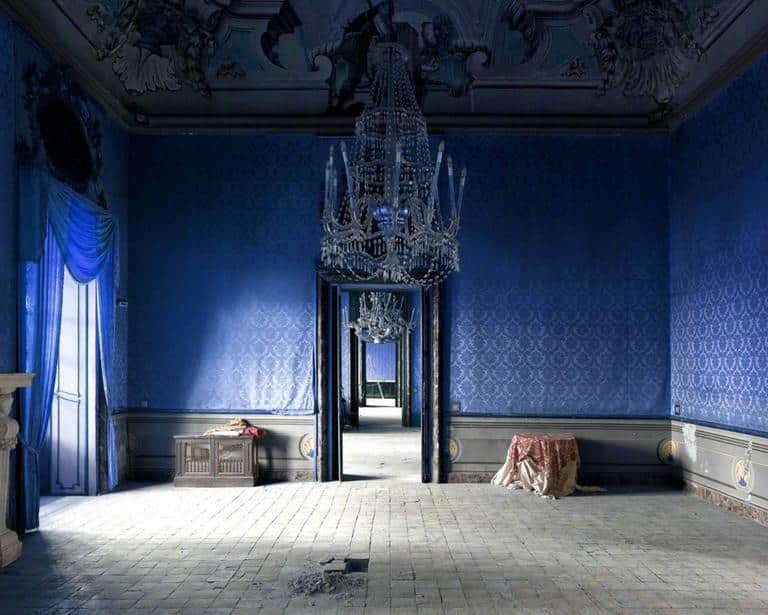 Massimo Listri is a prolific, and even obsessive, photographer of spaces. He counts some 3,500 that he’s documented. About two thirds of those are private villas and palaces, the rest, churches, museums and libraries. It’s no surprise the Florentine native has been on AD Italia’s roster for more than 30 years.

A publisher in his own right, Listri has produced an impressive number — nearly 70 — book titles on subjects such as Italian palaces and gardens, divine proportion, anti-minimalist homes, new Asian interiors and residences in Marrakech and Mexico City.

Coveted by the design elite, his work needs no formal representation. Although his prints can be found at Chroma Gallery, Holden Luntz and International Fine Arts Consortium, Listri doesn’t depend on galleries for sales. Instead, prominent figures come knocking on his door. Karl Lagerfeld has at least four of his prints. Bill Clinton is a known collector, as are Samsung chairman Lee Kun-hee and Hong Kong financier Eugene Chuang and his wife, Karen Lo, who bought a few Listri prints to adorn their recently acquired $70 million Malibu mega mansion. 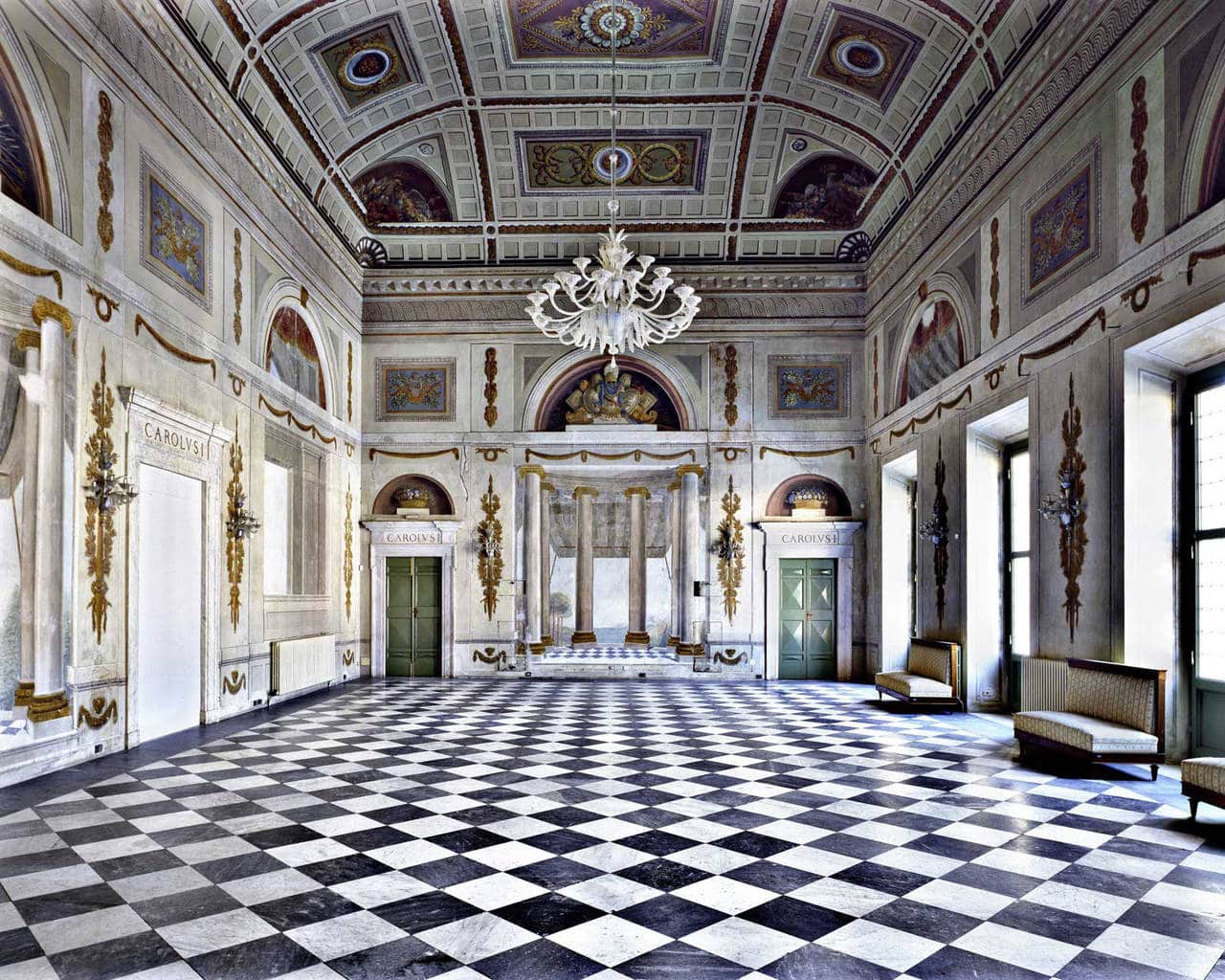 Listri’s father was certainly an influential character early on in his career. Pier Francesco Listri studied Classics in Florence and went on to become a “maestro” of journalism, writing for the biggest papers: il Giornale, il Sole 24 ore and L’Espresso. It was only natural that the fledgling photographer’s very first assignments were portraits of prominent Italian intellectuals.

As he recalls, “At 17 years old, I proposed to do a photo shoot for Bolaffi Arte. But it was with [the publisher] Allemandi that I was able to freely express myself. He remembers calling from a payphone to set up appointments with his various subjects. “I went into the homes of Alfonso Gatto, Leo Sinigalli, Cesare Zavattini and Pier Pasolini. . . . I remember a portrait of Pasolini at work in his house in Rome. He left me with a signed text that I jealously guarded.” 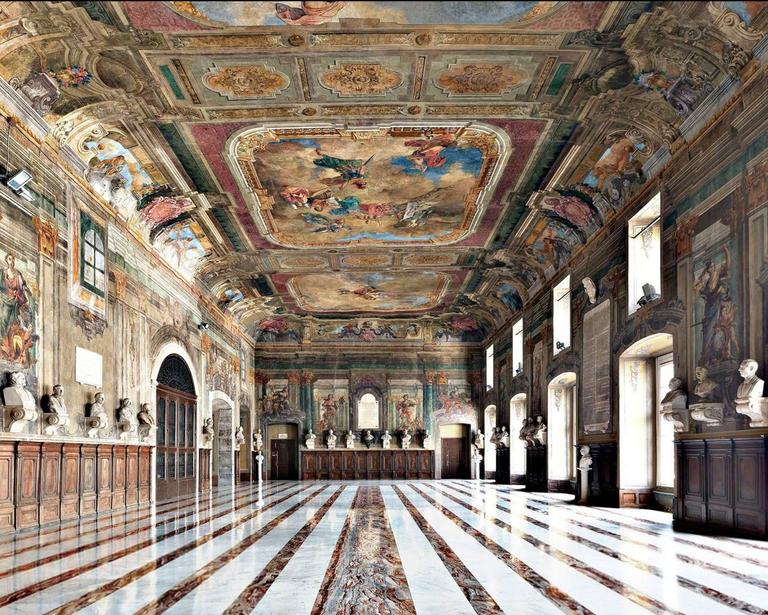 However, according to Listri, “the real turning point came with FMR and then right after with AD Italia.” When he began working in 1981 for the legendary art publisher Franco Maria Ricci on his influential, but now defunct, magazine FRM, it was the first time the young photographer was sent to capture the interiors of palaces. He’s since made a career out of shooting such grand locales as the Apostolic Library in the Vatican, the Chateau of Versailles and the Teatro La Scala in Milan.

When pressed on what he notices upon first entering a space, he says that “the first impact is the volume. Volume, space and light are the three ingredients that form what we usually call atmosphere. That is the life breath of a place.” He routinely shoots straight-on to stress the geometric purity of a room. Capturing perfect symmetry and rigid perspective lines are his modus operandi. 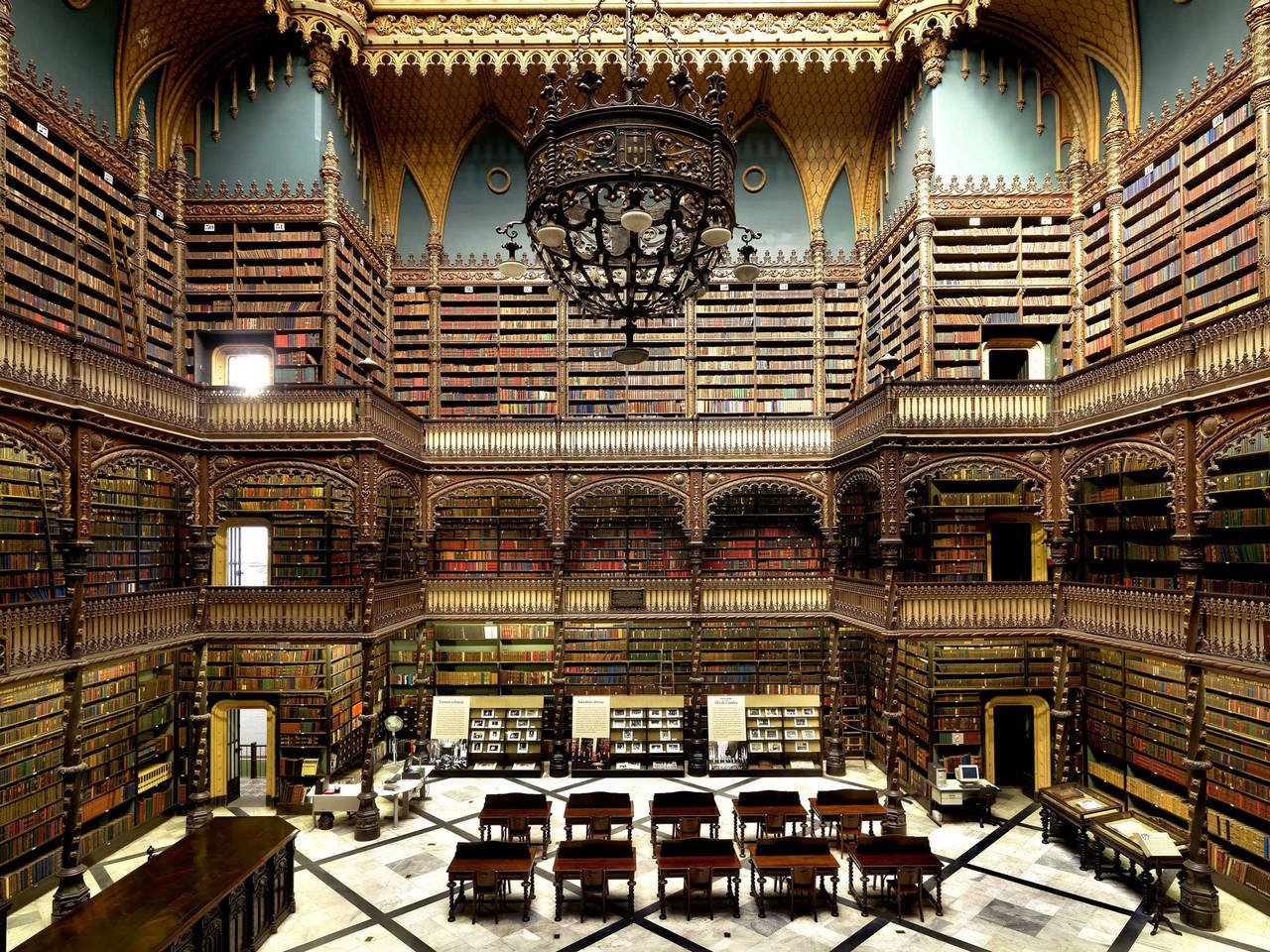 Although he never went to college, Listri is a student of sorts. The photographer is known to study the natural light in a space for a full day before returning to shoot. His images contain a soft luminosity that gives life to the space and often to the figures within — evidenced in his 2014 Vatican show, which focused solely on marble statues that appear in his work. Critics have aptly referred to him as a portrait artist of spaces.

It’s clear Listri forms an attachment to the spaces he shoots. “It was amazing when I went to the Czech Republic, right after the fall of the Berlin wall, to this vacant manor. The caretaker let me in and then locked me in. He came back at the end of the day to get me. I photographed the space, and then I sat down and just had a connection with the place.” 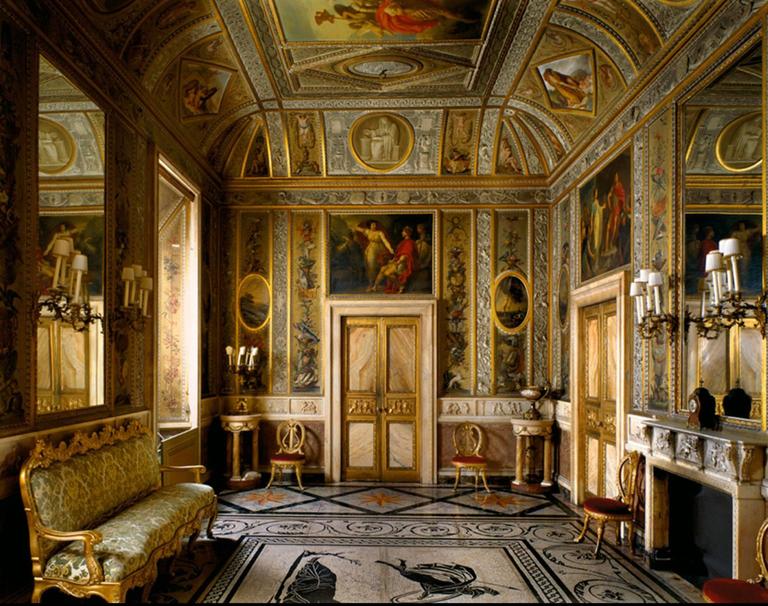 The theme of emptiness he explored in the Czech Republic is a consistent theme in his work. While many of Listri’s uninhabited interiors inspire a kind of reverential awe, as in his pictures of stately settings like the Palazzo Quirinale in Rome, others, for example, an empty abode in Palermo, exude an almost eerie decadence.

Given Listri’s obsession with empty spaces, it’s hard imagine how packed the rooms of his own home are. Within its walls, just off of Florence’s Santo Spirito square, lies a trove of antiquities, some acquired from the owners of the very palaces he’s photographed. Although his collection focuses on early Greek and Roman sculpture, Listri has no limits when it comes to period or geography. Eighteenth-century European furniture is mixed with Chinese and Japanese porcelain, modernist paintings and, of course, his own photography.

Naturally, the photos he’s taken of his own home are in even more intimate than the works that made him famous. 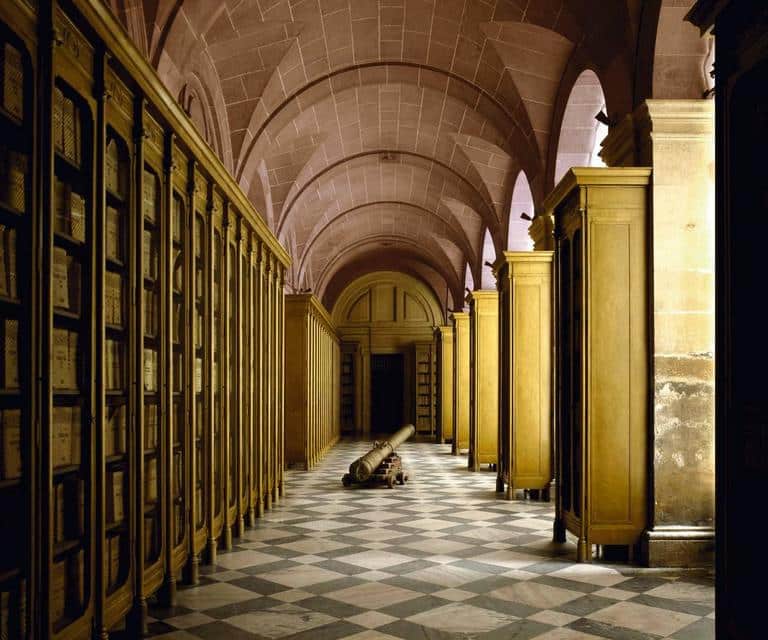 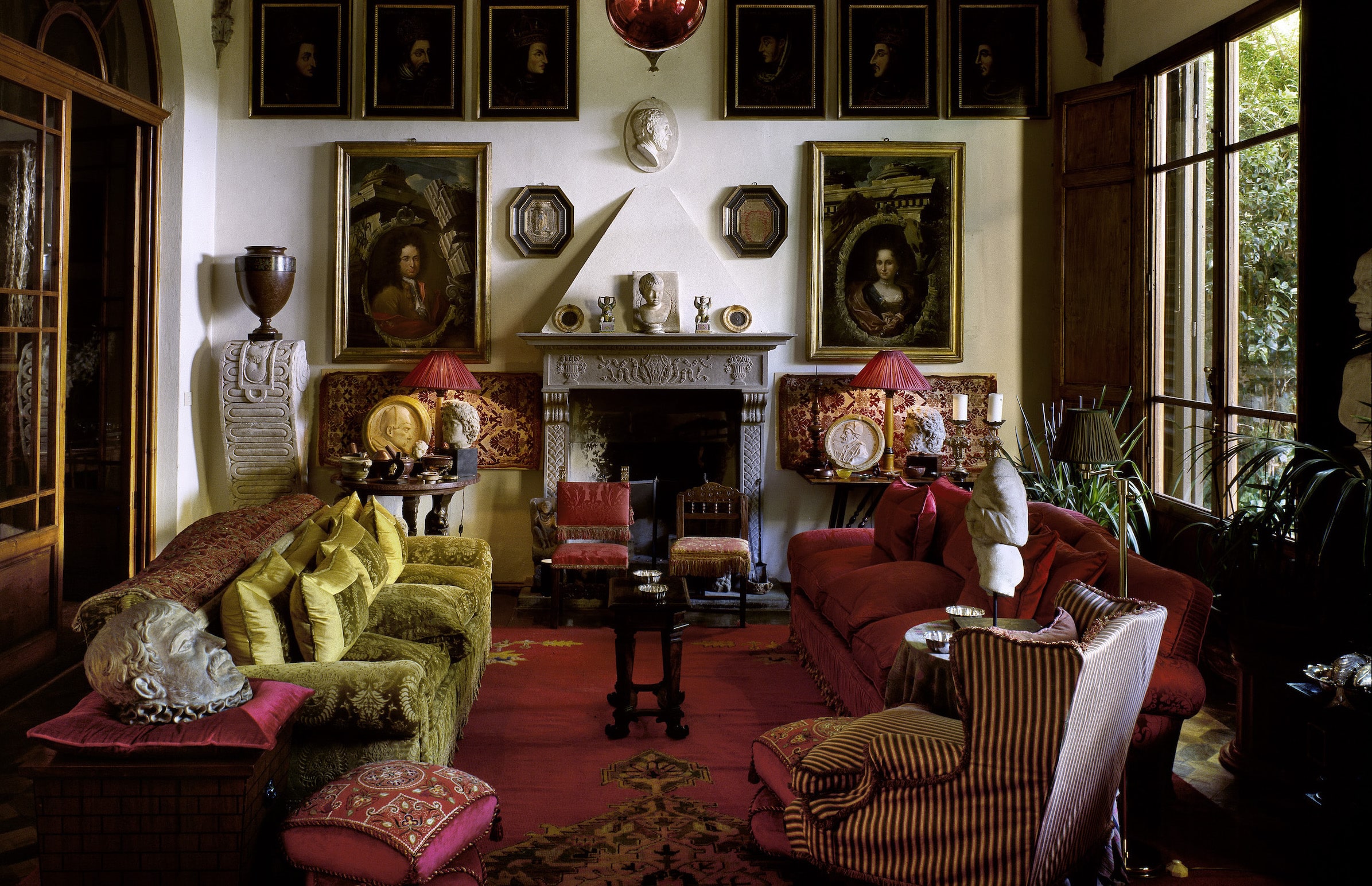