Inside Philadelphia’s New Museum of the American Revolution 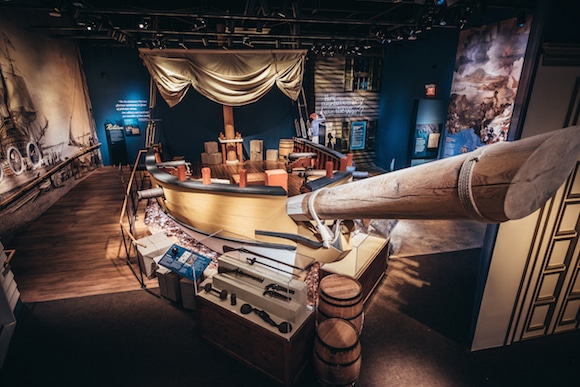 Philadelphia’s Old City is thick with American history. Within a short walking distance, visitors can see the Liberty Bell, stand inside Independence Hall and behold the ruins of the original President’s House, where George Washington and John Adams both lived in the 1790s. For good measure, there are always a few historic interpreters in 18th-century costume inviting tour groups to step lively over the cobblestones.

These days, the Revolutionary period is enthralling a new generation of history buffs. Alexander Hamilton is trending, thanks in part to the smash-hit Broadway musical that bears his name and a desire to take a second look at a vibrant, world-changing era that was anything but stuffy. Thus, the new Museum of the American Revolution has impeccable timing, having opened its doors on April 19, the anniversary of the first battles of the war: Lexington and Concord, naturally. 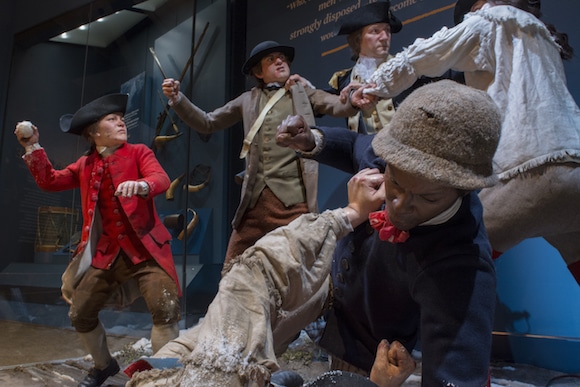 So much history has unfolded in the United States since the revolution that it can be easy to forget that American independence was not inevitable. The choice between breaking away from Great Britain or staying loyal to the crown divided families, communities and whole cities. The museum brings this tension and uncertainty to vivid life through its thoughtful installations of flags, documents, everyday objects and works of art. 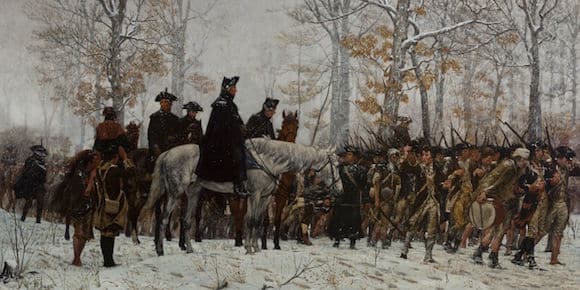 Much of the museum’s collection comes from that of the old Valley Forge Historical Society, which was founded by Reverend W. Herbert Burk and includes some iconic works like the painter William B.T. Trego’s scene of the Continental Army’s snow-covered arrival at Valley Forge, painted in 1883. 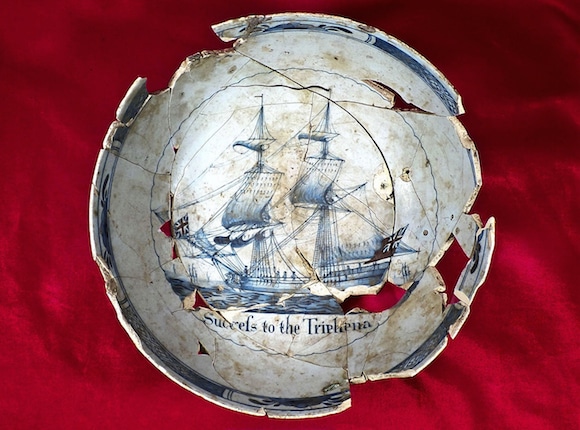 Other treasures, like an English-made ceramic punch bowl that was unearthed before the museum was built, celebrate the close relationship between the colonies and Britain. The bowl is decorated with an illustration of a ship and the words “Success to the Triphena,” which was a merchant ship that regularly sailed between Liverpool and Philadelphia in the 1760s. During this period, Philadelphia was the second-largest city in the British Empire, after London. 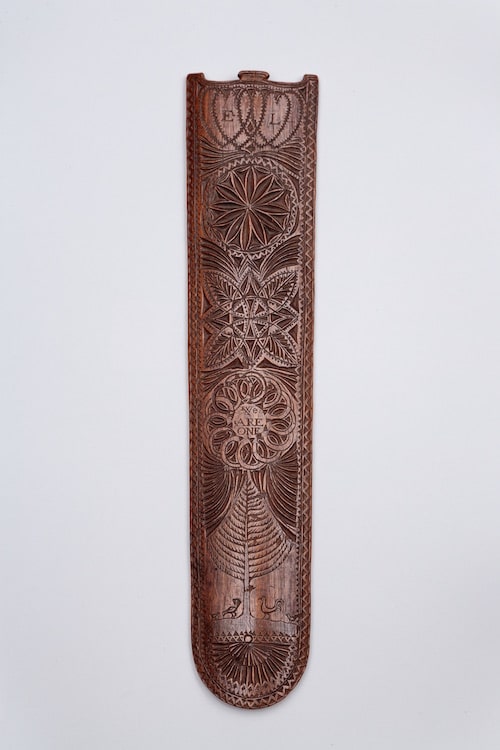 Carved busk decorated with the Chain of States, 1782

Visitors will find lots of intriguing things they might not expect to see and will discover early patriotic sentiments recorded for history in unusual places. “One surprising object on display is a rare woman’s busk — a supportive addition to a gown — that an American prisoner of war carved out of wood while he was held captive on a prison ship in Halifax, Nova Scotia,” says assistant curator Matt Skic. The busk, which is on loan from a private collection, dates from 1782 and is adorned with the Chain of States, one of the first symbols that represented the United States of America. 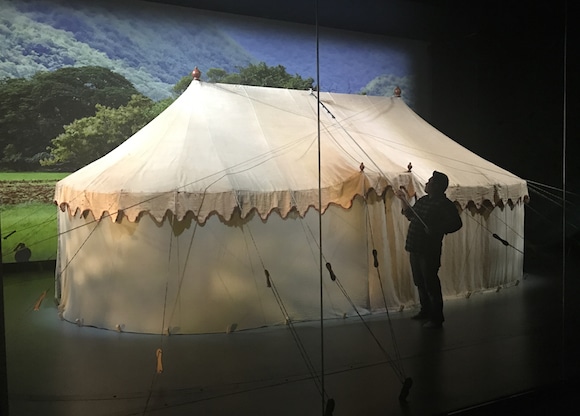 If there’s a “star” in the museum, it’s certainly George Washington, and the collection includes artifacts ranging from his silver camp cups (made in Philadelphia) to his war tent, which has, remarkably, survived almost intact for 240 years. According to Jeff R. Bridgman, a prominent dealer in rare antique American flags, one of the museum’s must-see icons is General Washington’s personal headquarters flag, which was part of the original Valley Forge Historical Society collection. Its vibrant colors — and indeed, its very presence — are a thrill to see in person. 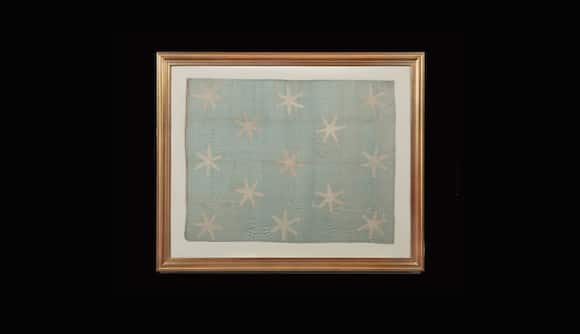 All of this precious historic material is housed, as it happens, in a brand new building. The world-renowned Robert A.M. Stern Architects was tasked with creating a contextual building for the new institution that deftly acknowledged its historic surroundings. “Many of the key events of the Revolutionary period happened within steps of the museum,” says Alexander P. Lamis, a partner at RAMSA. Within a block from the museum are the First Bank of the United States (chartered by Hamilton), the Second Bank and the Merchants’ Exchange, both designed by architect William Strickland. 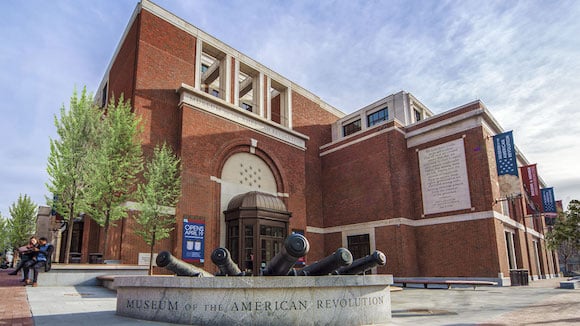 The exterior of the Museum of the American Revolution features a carved excerpt of the Declaration of Independence.

“The building itself acts as a kind of canvas to help tell the story of the revolution,” Lamis says. “The historic preamble to the Declaration of Independence — ‘We hold these truths to be self-evident’ — is etched in stone on the building’s facade.” Inside, the Museum of the American Revolution shares the objects, both great and small, that tell the stories of a nation’s turbulent beginnings.