Icy-Blue Paraiba Tourmalines Give Diamonds a Run for Their Money

If you could transform the ocean to a gem, this is what it would look like: a clear, translucent azure, bordering on turquoise, hypnotizing in its depth and sparkling in the sun.

There is, in fact, such a stone, although it comes from deep in the copper-rich mountains of Paraiba, Brazil, and not from the oceans along its coast. Far rarer than diamonds, Paraiba tourmaline, discovered only in the 1980s, is treasured as much for its extraordinary color as its scarcity, both of which contribute to its high value.

While diamonds generally sell for about $6,000 per carat, a carat of Paraiba tourmaline is likely to fetch about $16,000. Fans of the gem are said to include singer Taylor Swift and actress Zooey Deschanel, as well as some of the finest jewelers.

“No other stone can have a color as magnetic and captivating as Paraiba tourmaline,” says Vania Leles of VanLeles Diamonds who combines the stone with diamonds and other gems in several of her designs.

Originally discovered in 1989 by Heitor Dimas Barbosa, the mine at São José da Batalha, Brazil, was thought to be the sole source of the stone. But in 2001, in a fascinating twist, similar tourmalines, the same deep and mesmerizing blue, were discovered in Nigeria and Mozambique.

The significance of these finds goes well beyond the world of jewelry; geologists have excitedly noted that they also added credence to theories of continental drift. Placed together as if working a jigsaw puzzle, the coastlines of South America and Western Africa form a near-perfect match.

Yet the stones from the two regions are not entirely the same, according to George Peralta of M.S. Rau Antiques. “Typically, Brazilian Paraibas are blue without any other color, and African examples tend to lean towards a blue with greenish colors,” he explains, though he notes that this is a “broad and general rule.” Indeed, Leles says she barely sees a difference, although she prefers not to call the Mozambican stones “Paraiba,” since they are not from Brazil.

In both Brazilian and African varieties, however, it is the high copper content of the mine that accounts for the gem’s blueness. An added manganese presence, found in some mines, produces a slightly more purple shade that is equally mesmerizing. The more saturated the color and more vivid the blue tones, the more desirable (and valuable) the stone.

To enhance their fiery depth and hypnotic glow, most jewelers prefer to work with faceted gems. Occasionally, however, some, like Gilin carve and shape the stone, highlighting its translucence in an echo of Art Nouveau masters. Others, like Colleen B. Rosenblat carve into the stone. Her Paraiba scarab ring, for instance, is a fresh twist on ancient Greek and Roman jewels, enhanced by the bewitching green-blue incandescence unique to this stone.

Lamentably, Paraiba tourmaline’s popularity has taken its toll on the mines, some of which are rumored to be near depletion. With diminishing supply, the value of stones already in circulation is sure to rise. 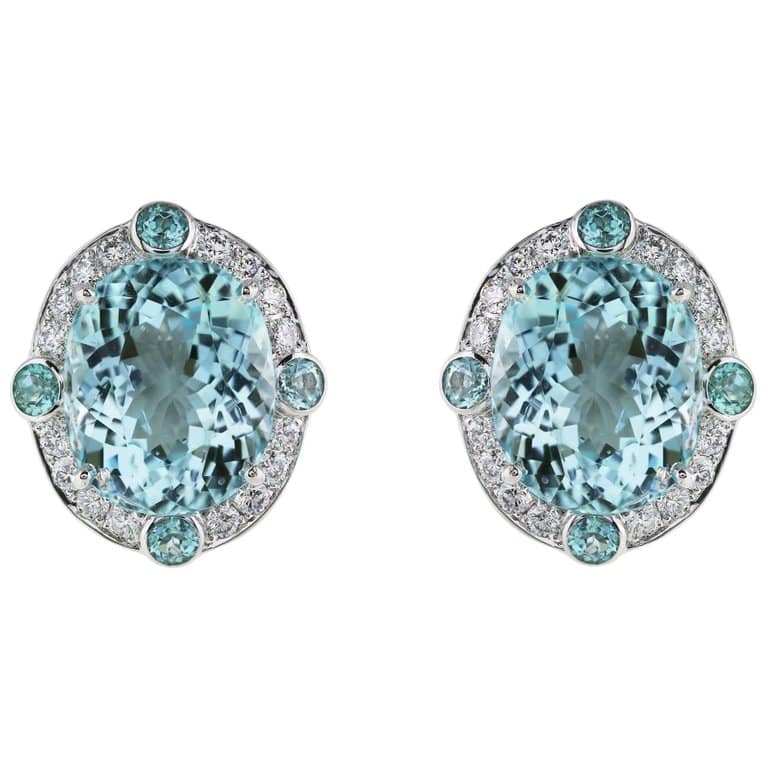