5 Dos and Don’ts for Renovating a Historic House

Architects and interior designers weigh in on the ethics of refurbishing beautiful homes from yesteryear.
by Megan Parry
Pin
Share
Tweet
Email 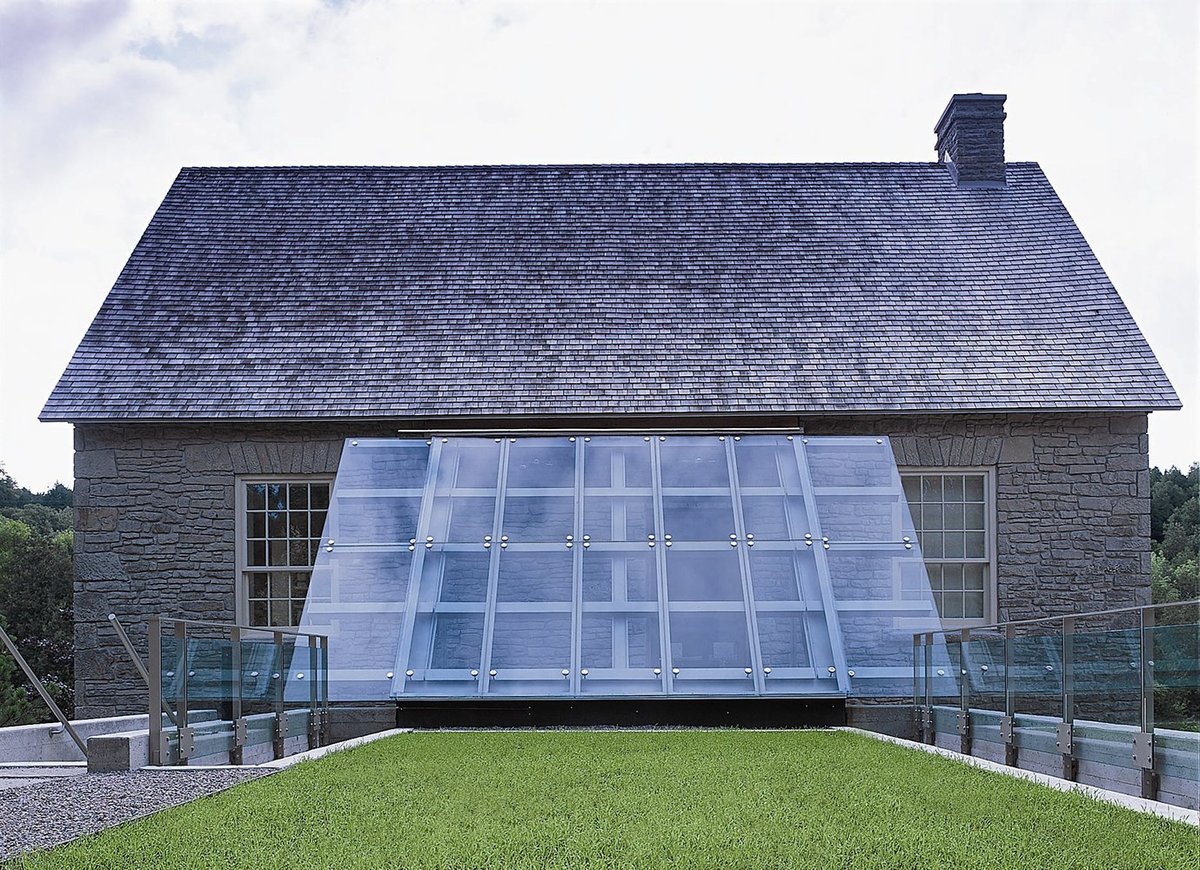 Powell and Bonnell converted an abandoned mill in Canada into a modern home that preserves the original structure while introducing 21st-century elements like this glass atrium and green roof. Photo by Ted Yarwood

From creaky floorboards to confusing floor plans, historic-home ownership comes with a specific set of challenges. Of course, the unique character and delightful charm that only a well-aged structure can provide often outweigh any negatives. So the question becomes not if you’ll be buying the old beauty, but how to renovate it in a way that’s respectful of its past and functional for the future. Below, restoration experts offer five major dos and don’ts for revamping an old home.

Do paint or stain wood floors and millwork. 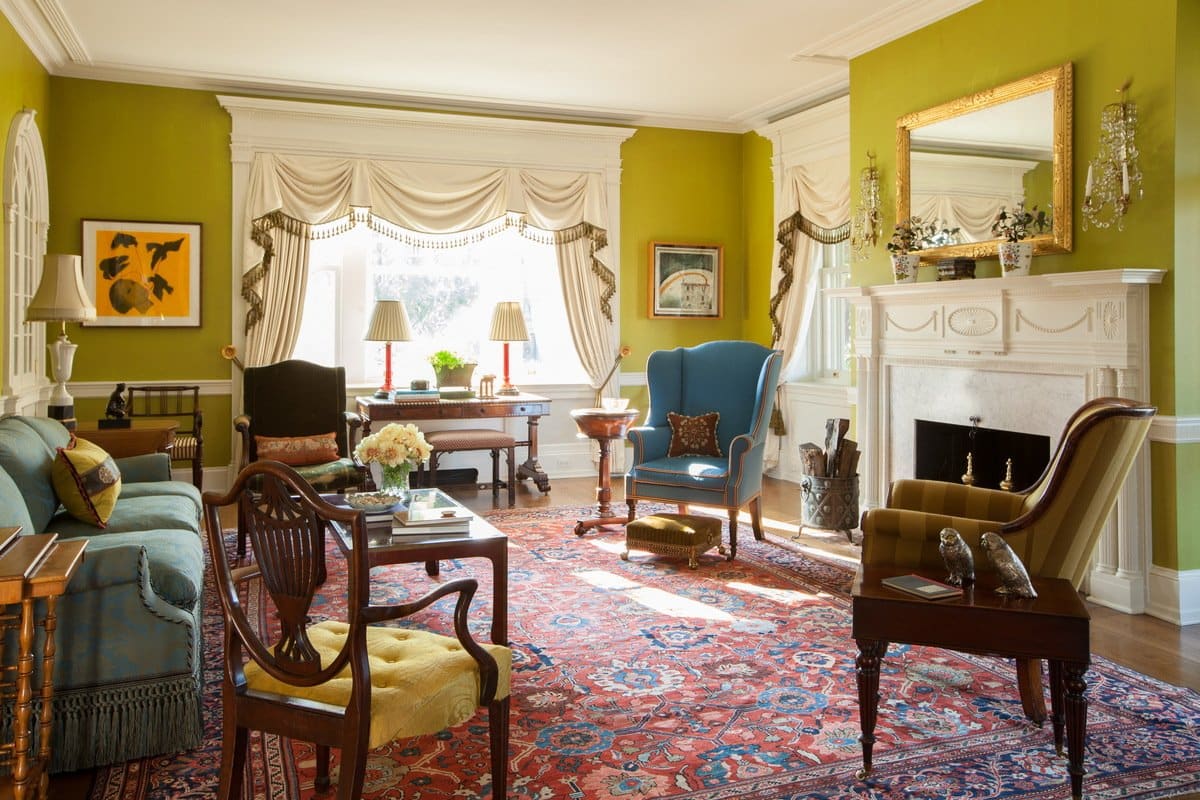 Architect William Brockschmidt of Brockschmidt and Coleman says, “In terms of impact, there is always paint. Painted floors or painted brick or painted paneling can give a fresh look when the existing materials are well designed but perhaps have a dreary color.”

He adds: “We would never want to destroy the aspects of an historic house that characterize its significance as an historic house. On the other hand, sometimes a historic house is just not that beautifully detailed, or bad decisions were made when it was built that don’t warrant preservation. If the historic house is not necessarily significant and has a beautiful exterior but an uninspired interior, we don’t have a problem creating a more delightful fantasy version of what the appropriate interior might have been.” 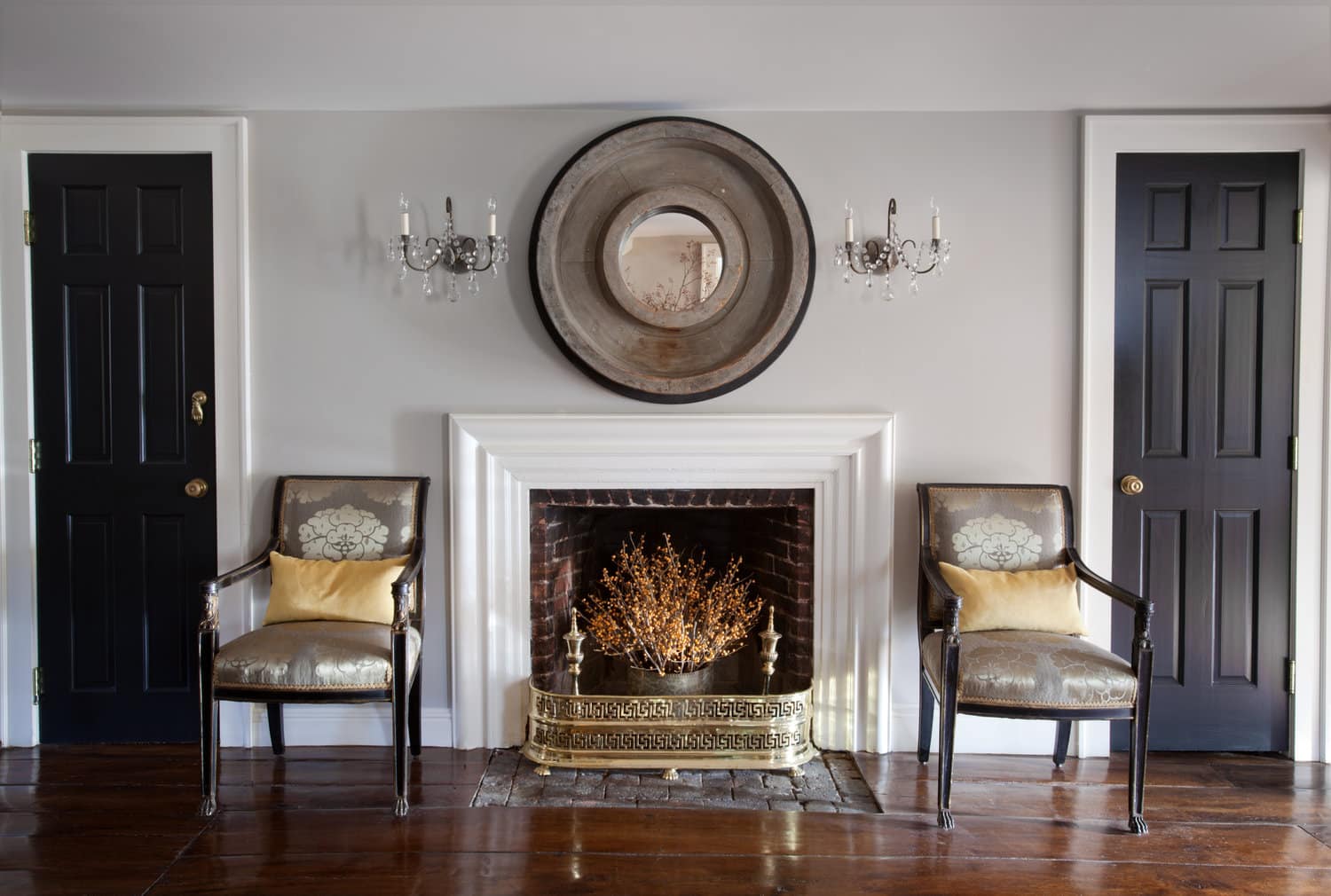 Lisa Hilderbrand, founder of Hilderbrand Interiors, went with new floors and dark stain that will age well when renovating her late-17th-century farmhouse in Silvermine, Connecticut. “We installed yellow pine floors, which I knew were soft and would age quickly,” she says. “I knew I wanted a stained pattern to the floors. We have so much antique flooring throughout the house. Pattern really added a lot of interest, and after plenty of wear and tear, I like that they now look old and authentic. I stained them myself!”

“Windows are a tricky subject,” Hilderbrand says. “Original windows are so beautiful with wavy glass and thick muntins, but there’s nothing worse than drafty windows, so having good quality storm windows is important. I don’’t begrudge people who replace windows.” She adds, “This is your house, not a museum. Don’t be a hostage to an antique house.”

Do overhaul the kitchen. 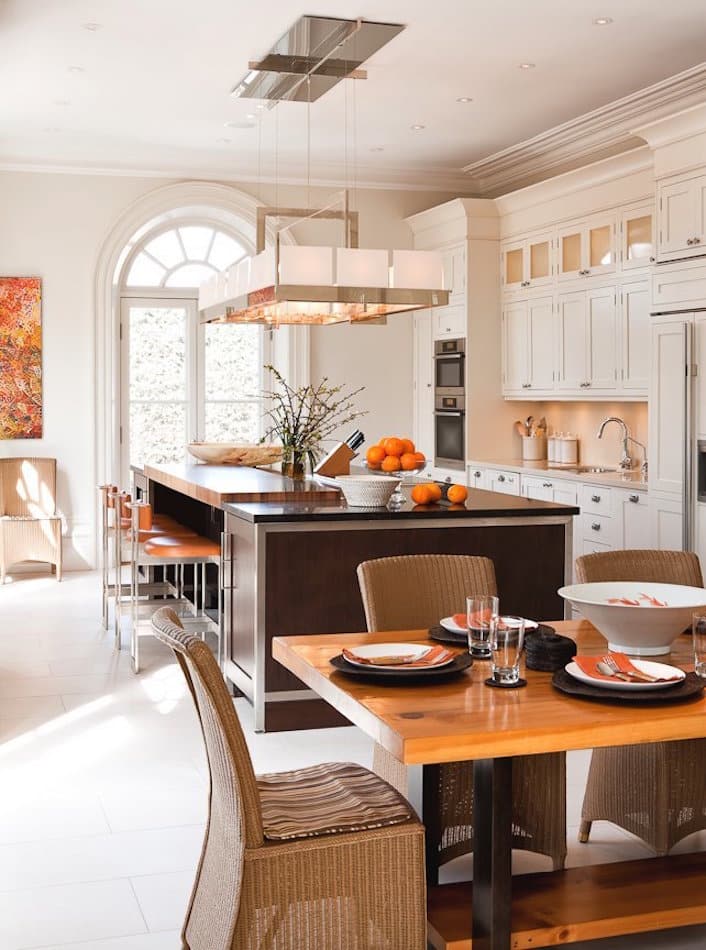 Modern kitchen in a historic house by Powell and Bonnell. Photo by Ted Yarwood

David Powell, a principal at the Toronto-based design firm Powell and Bonnell, relocated the entire kitchen of the red-brick Georgian Romain House, which was built circa 1855. “The kitchen was moved to a later garden room addition at the rear of the house, where it could more directly interact with backyard activities and the swimming pool,” Powell says.

“It was adapted to fit within the existing envelope, with its regular pattern of fenestration. Perimeter cabinets were specifically designed to make use of these interrupted walls, and as they were ‘attached’ to the architectural envelope, they were treated in a traditional manner. On the other hand, a massive island floating free of the constraints of the walls was handled with a decidedly contemporary approach.”

Do go modern in the bathroom. 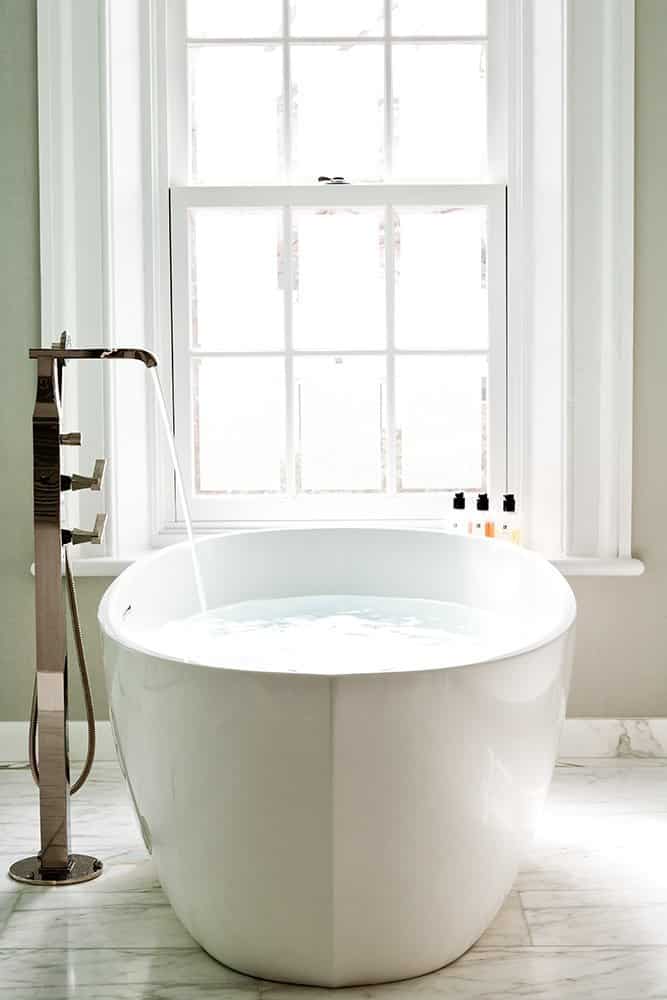 A streamlined bathtub in the same house by Powell and Bonnell. Photo by Ted Yarwood

Hilderbrand encourages anyone renovating a historic home to “not be afraid of modern.” She says, “A sleek bathroom or kitchen can work beautifully in an antique setting with exposed beams or antique floors. There is something romantic about the harmony and simplicity of clean, modern decoration within an antique shell. I like to imagine the ever-changing interiors and lives lived in an enduring structure.”

For a family home in Canada updated by his firm, Powell explains, “a repurposed second floor bedroom became a new master bathroom, swathed in marble and glamour. An original window framing a distant view of the lake, and positioned in line with the entry, begged for a sleek, free-standing soaking tub. While stylistically at odds with one another, the strong, simple lines of each element support and strengthen the overall effect.”

And for those truly brave homeowners, Brockschmidt even suggests that “it’s possible to put a sink or vanity into the bedroom to minimize the size of the bathroom to a water closet and shower,” like so many boutique-hotel rooms have.

Don’t force the house to be something it’s not. 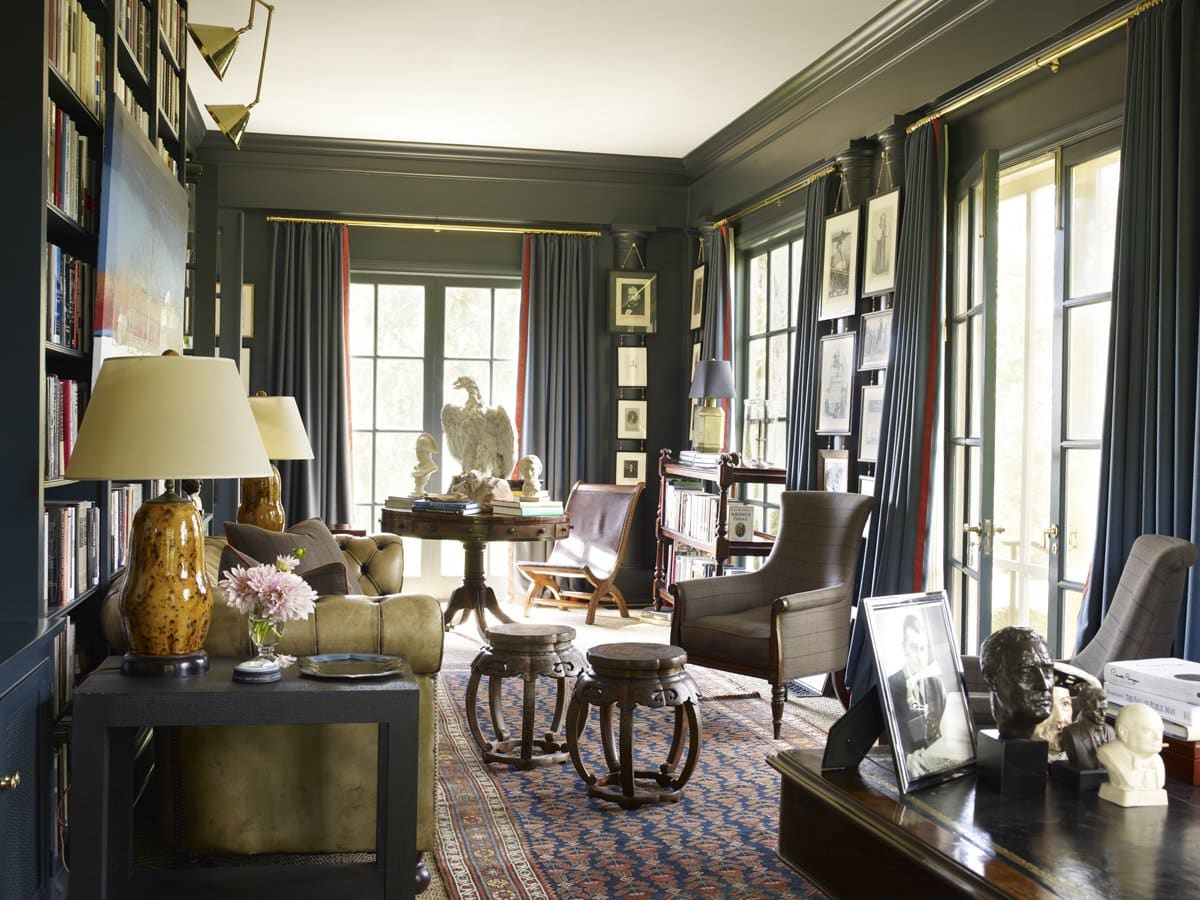 The library of a Federal Revival house in Nashville by Brockschmidt and Coleman. Photo by William Waldron for Elle Decor

“Don’t try to force a preconceived idea about a 21st-century lifestyle into a historic house,” Brockschmidt cautions. “For example, when we were working on the Nashville house, the original goal was to create a large addition with a big kitchen and family room that would complement the more traditional formal rooms of the house. At some point we, along with the owners, realized that the house is already plenty large and the two 1930s sunrooms could be used as a family room and library and could simply be decorated in such a way as to enhance the architectural features. The result is unexpected and truer to the house.” 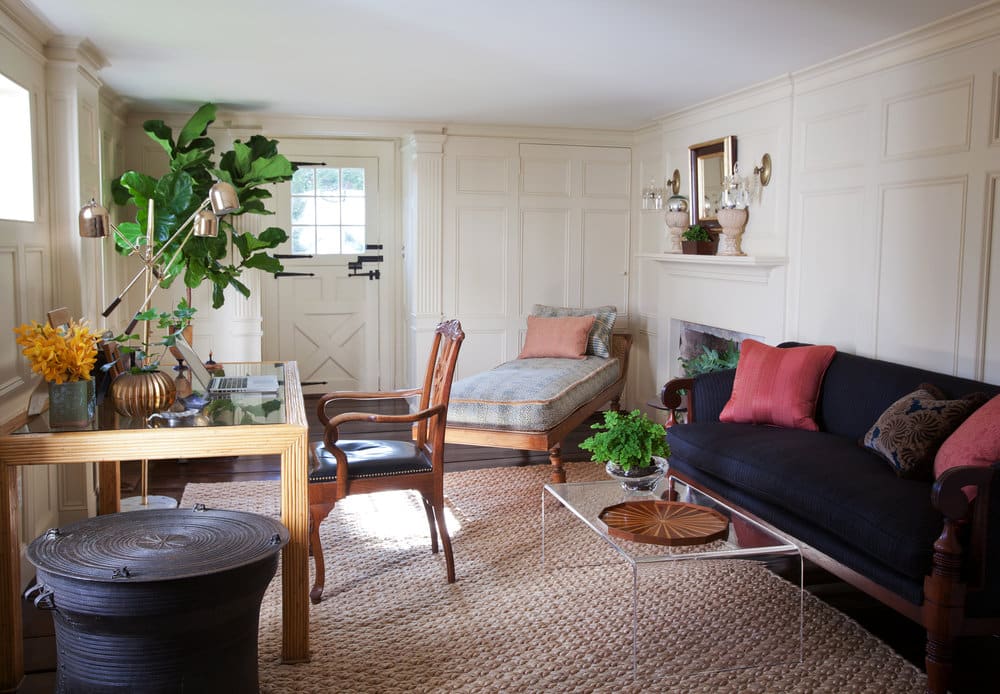 Hilderbrand agrees: “If you buy an antique house, chances are the charm and history appeals to you, so do your homework and look for similar old houses for inspiration. What I hate seeing are antique houses that have been renovated with millwork and mantels that could be found in any typical new Colonial. What’s the point? In the same way you take inspiration from other antique houses, take cues from original elements your own house — paneling, doors, door casing, etcetera.” 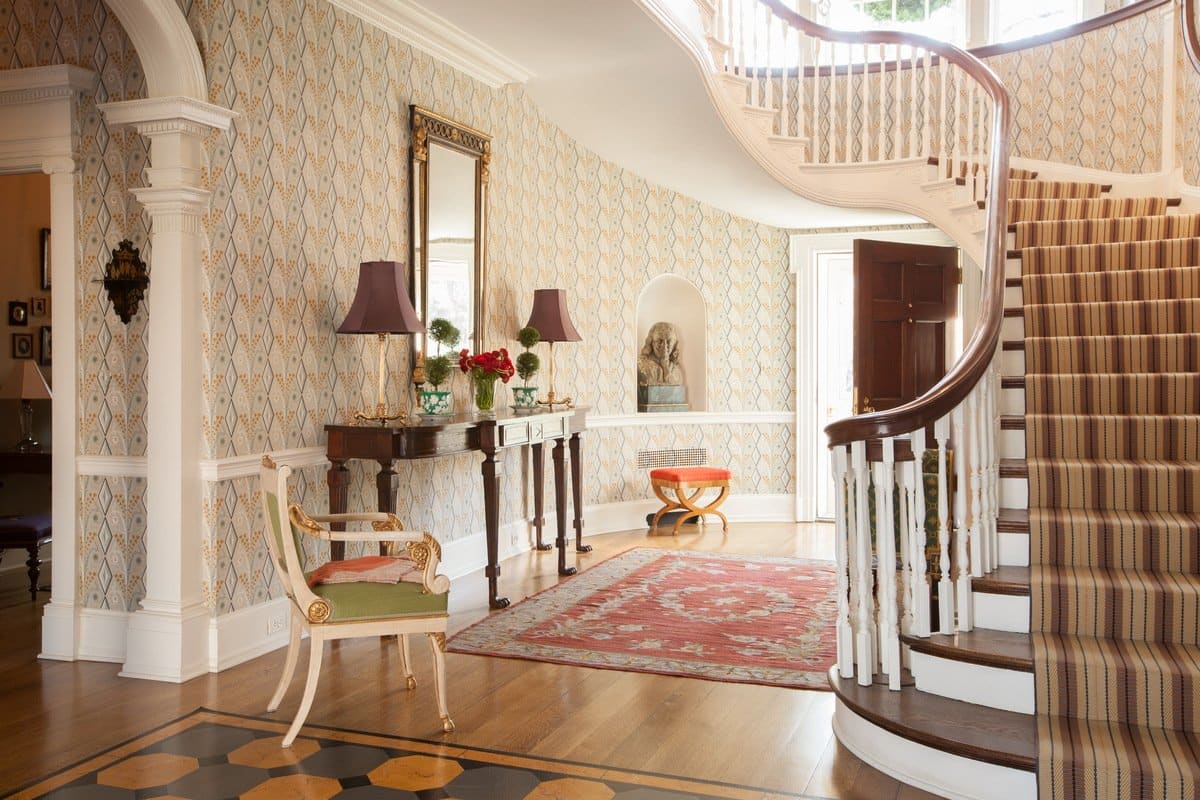