Why Yves Saint Laurent Was the Ultimate Fashion Savant

The icon was named head designer at Dior when he was 21. Need we say more?
by Katherine Gleason
Pin
Share
Tweet
Email 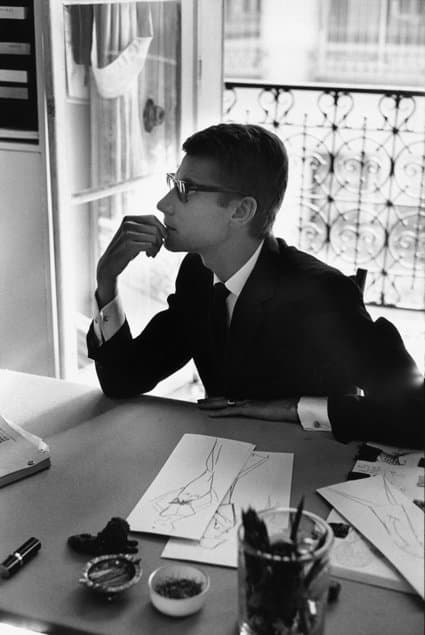 Yves Saint Laurent was arguably the most famous and celebrated mid-century fashion designer in the world. At 21, he was appointed head designer at Christian Dior. In 1961, at the age of 25, he launched his own couture house. His name is a equated with both elegance and innovation. His Le smoking, a tuxedo crafted for women, aided in the abolition of dress codes that barred women from wearing pants in public. In 1966, he became one of the first couturiers to launch a ready-to-wear line.

All About Yves (Laurence King Publishing), written by Paris-based fashion historian Catherine Örmen, is not just another monograph. As one would expect, the book contains a wealth of images. But it also has removable facsimiles of letters, sketches, paper dolls and contact sheets, giving unusual insight into the mind of the creator. Originally published in French, the book has been translated into English by Andrea Reece.

Herewith, Örmen provides a tantalizing peek at some of the treasures inside. 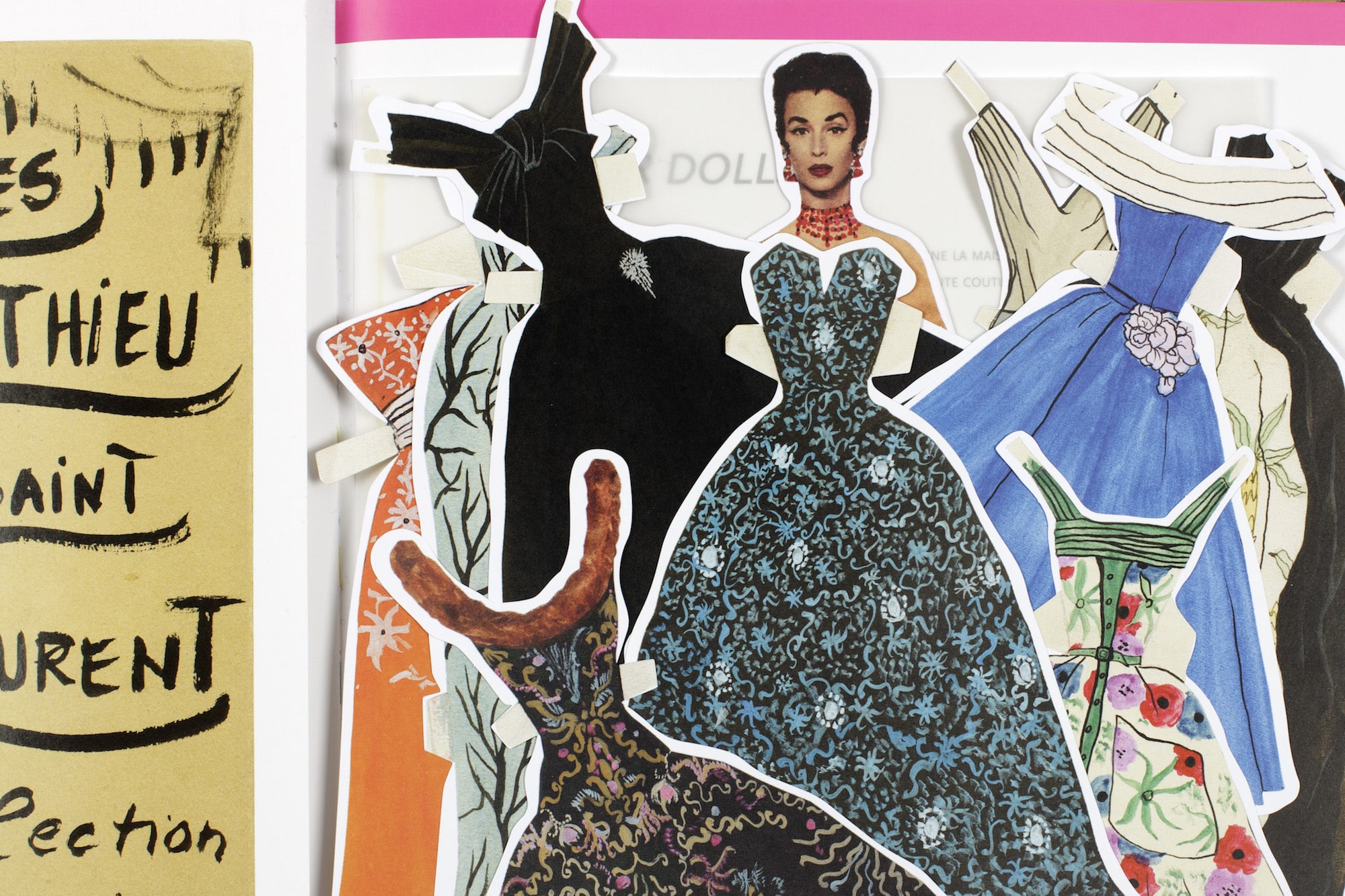 “Yves Saint Laurent was very young when he cut these dolls from fashion magazines. He designed fashionable paper dresses that could actually have been sewn because they are so realistically rendered. He even thought about real-life providers for the textiles, embroidery, jewels and hats. He was living in Algeria, far away from Paris, but he already knew everything about Parisian couture.” 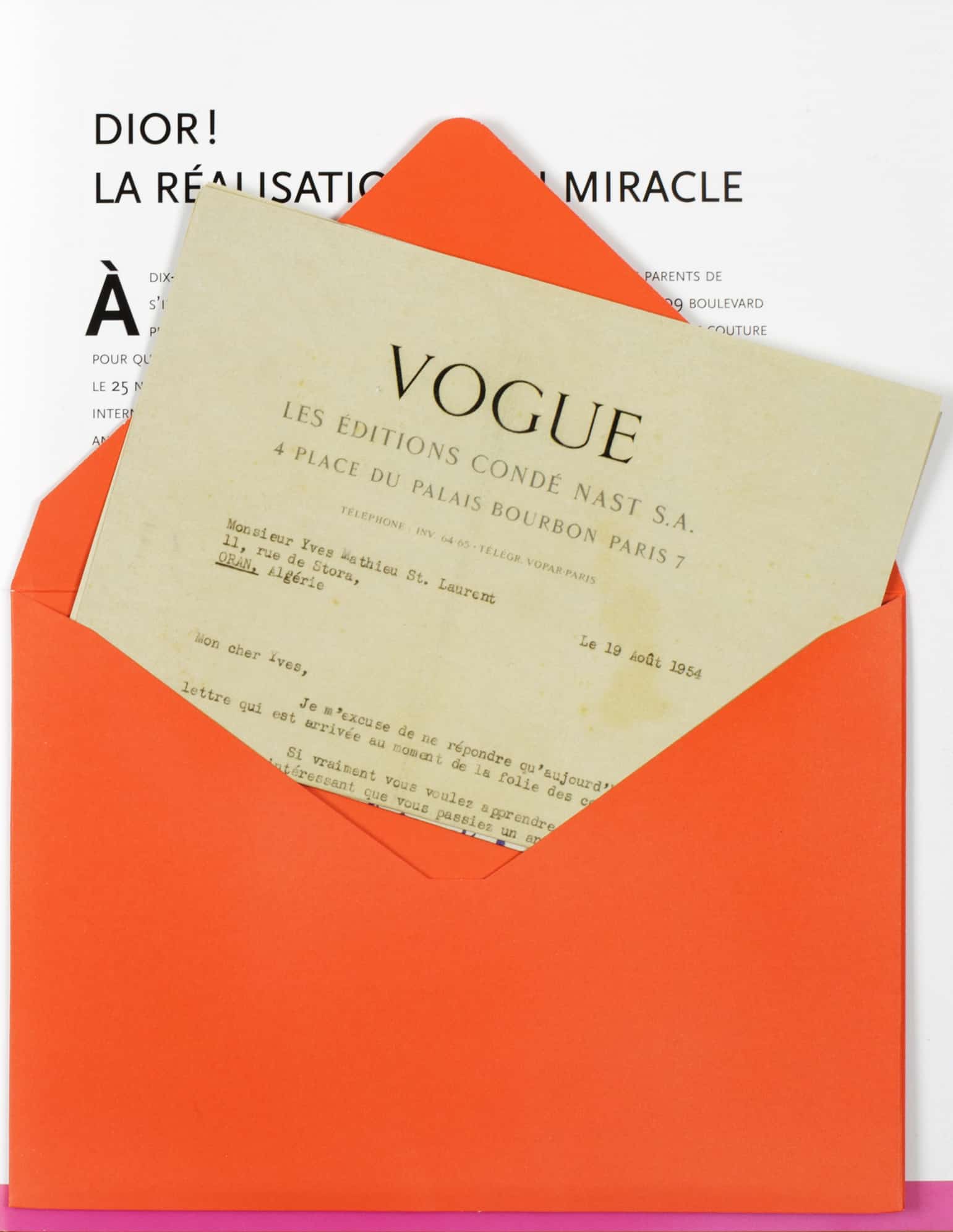 This orange envelope contains reproductions of two historic letters. One is from 17-year-old Saint Laurent to Michel de Brunhoff, the editor-in-chief of French Vogue. The other is Brunhoff’s reply. As Örmen explains, “Michel de Brunhoff knew that the young man was gifted, extremely talented. He encouraged him and later opened doors for him. Brunhoff was the one who introduced the young YSL to Christian Dior.”

“In France, in the mid-’60s, women didn’t dare wear pants in the cities to go to work or to go out at night,” Örmen says. Saint Laurent changed that. “He introduced pants at the highest level of the dress code. The tuxedo replaced evening dresses and ball gowns. By wearing a YSL tuxedo with pants, you had the guarantee of elegance and propriety.” 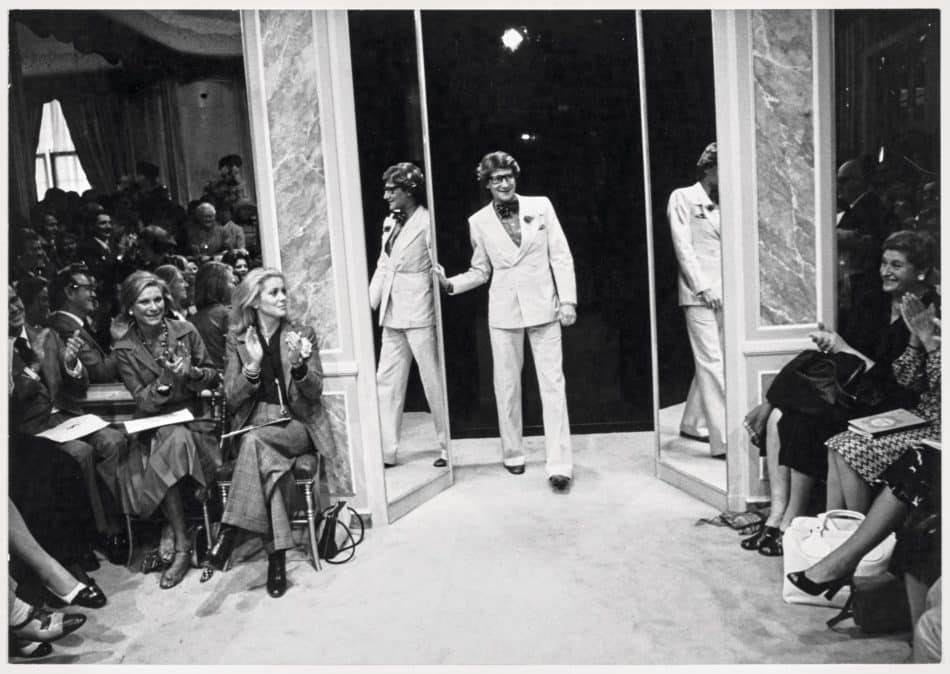 In this picture, socialite Nan Kempner and actress Catherine Deneuve applaud Saint Laurent at the end of the Autumn/Winter 1974 haute couture show. Deneuve and YSL “were very close friends,” Örmen says. “They had the same understanding of women’s condition and the same commitment to liberation.” 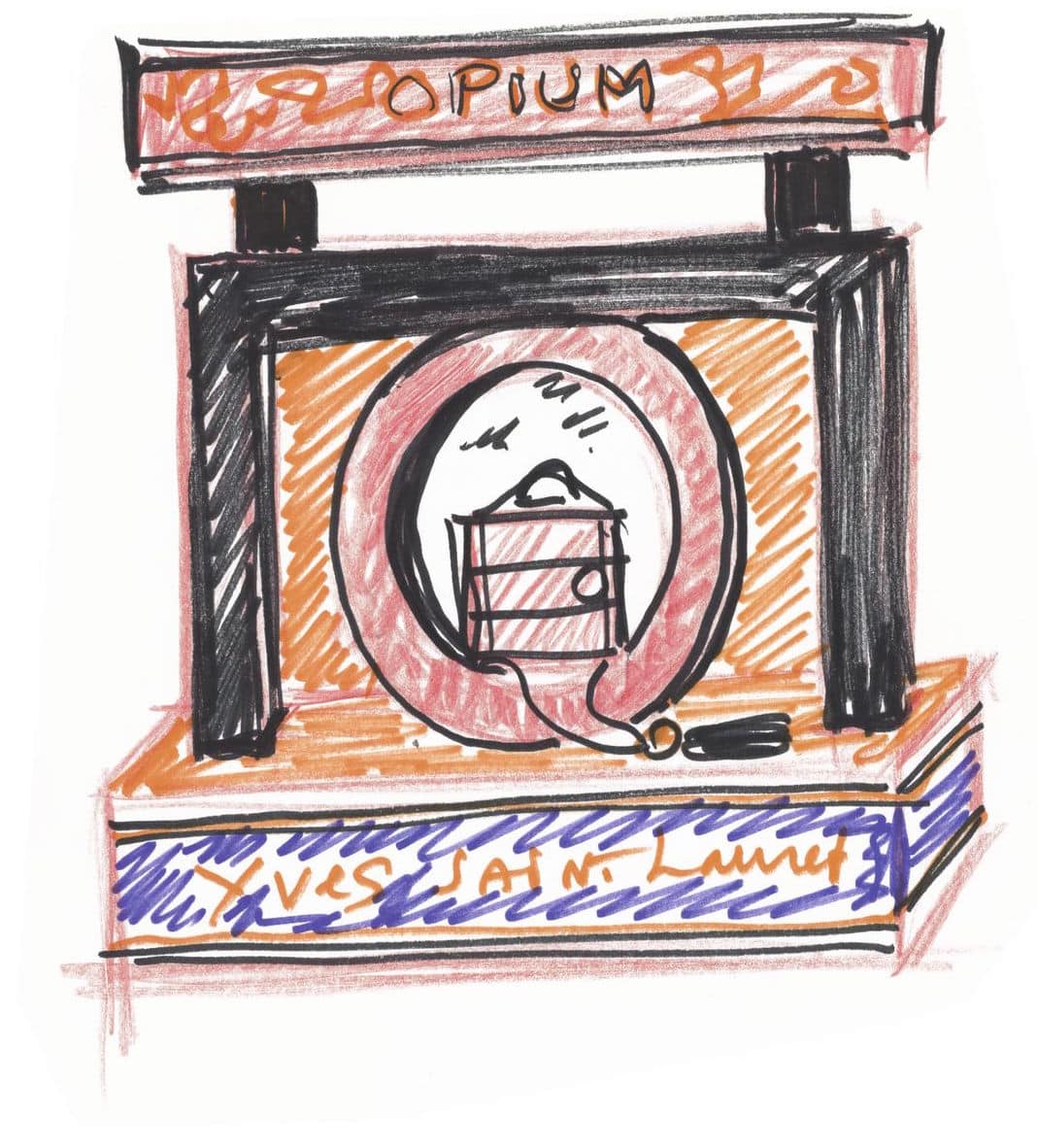 “YSL himself designed the bottle and the packaging of Opium. You have in the book a little selection of his sketches. The inspiration comes from China, and so does the collection of Autumn/Winter 1977. It’s a kind of provocation, and even the perfume itself — very heady — is miles away from other perfumes.” 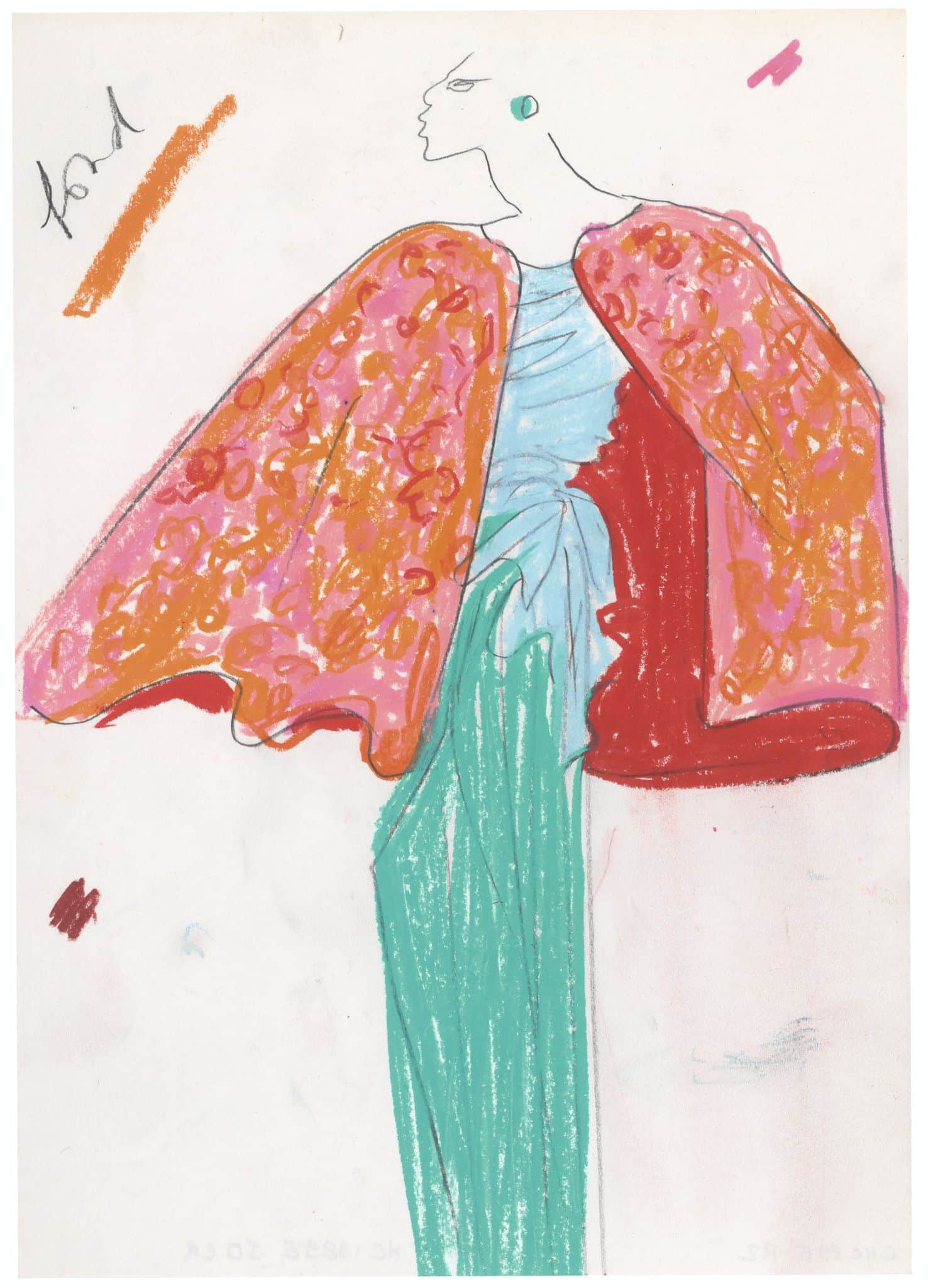 YSL produced his Bougainvillées cloaks for his Spring/Summer 1989 haute couture collection. Örmen explains that the brightly flowering bougainvillées tree grows “in Algeria and in Morocco, where YSL ‘discovered’ colors. YSL found the brightness of these colors and the strength of color oppositions. He dared to make powerful chromatic combinations: pink and red, orange and red, blue and green, black and navy blue, which was previously considered poor taste.” 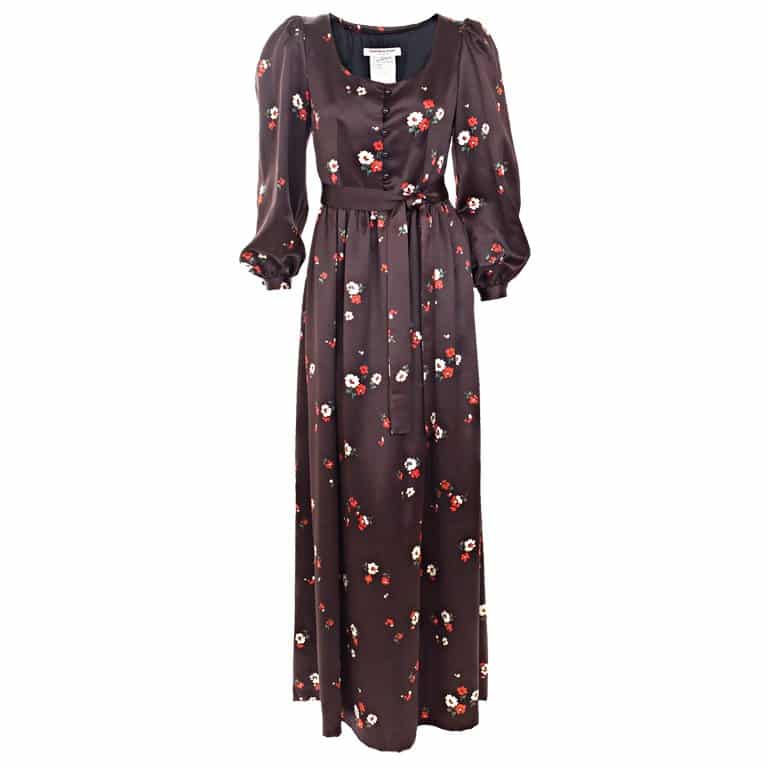 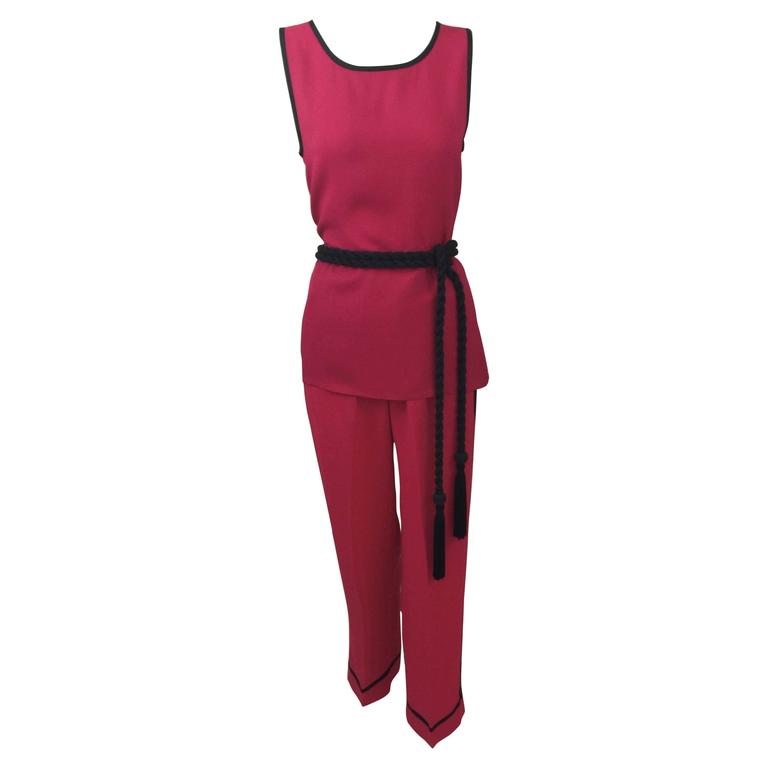 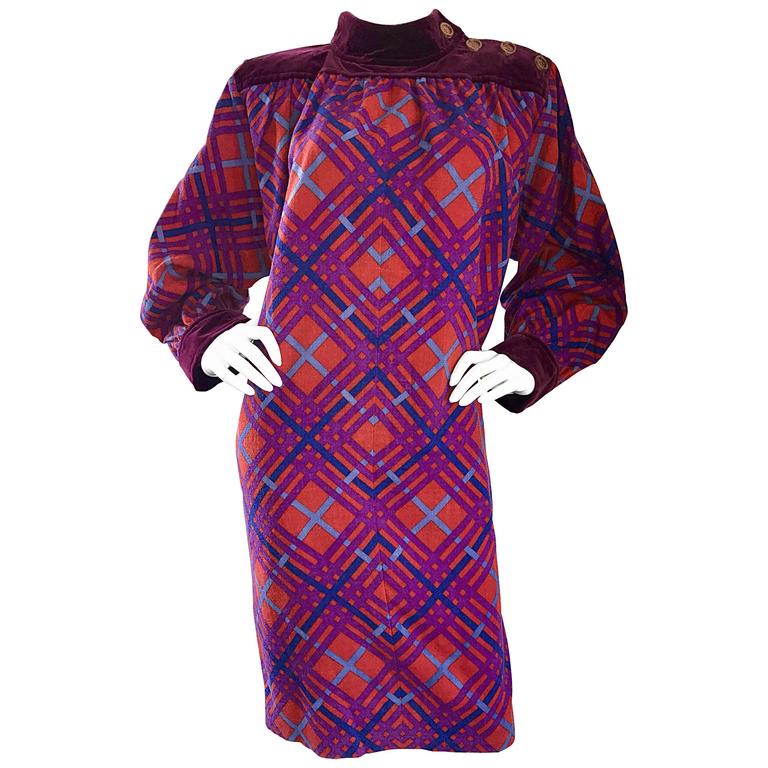 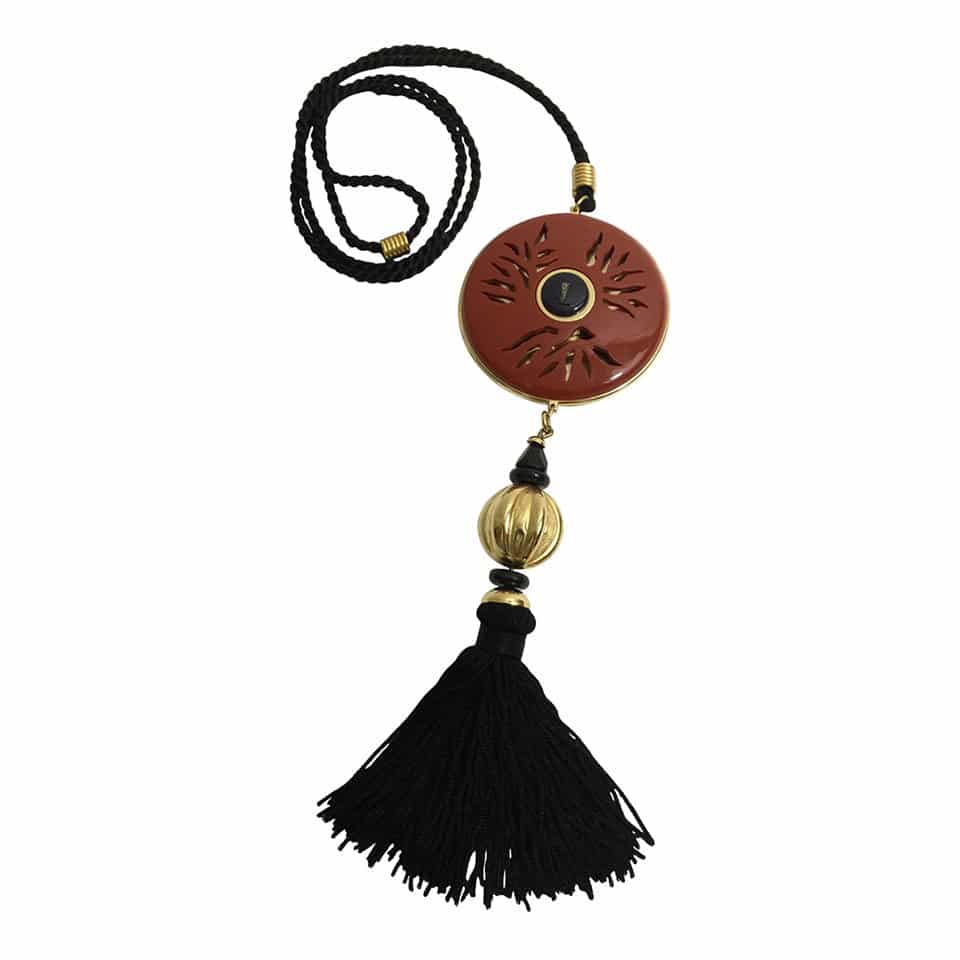 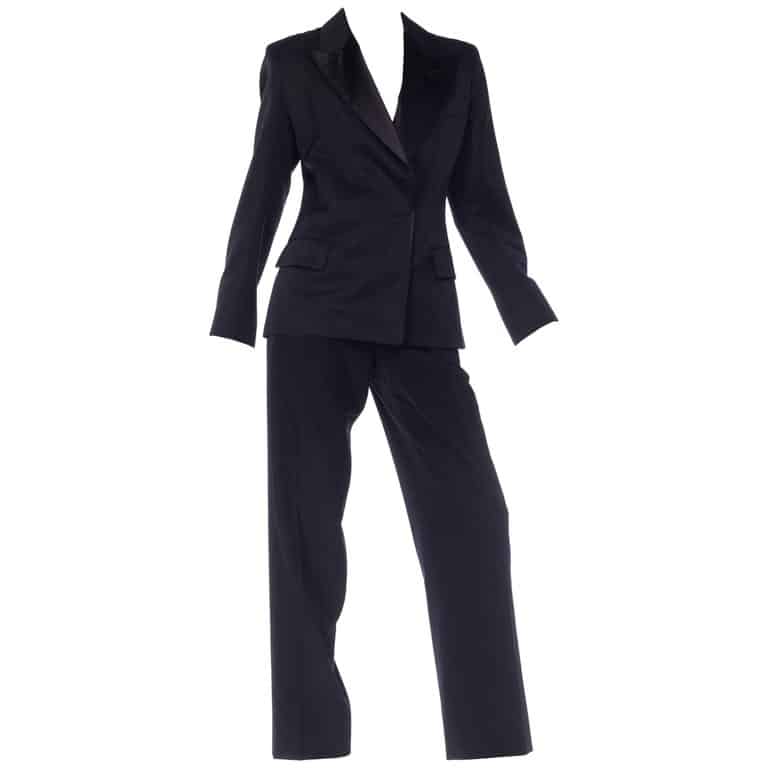 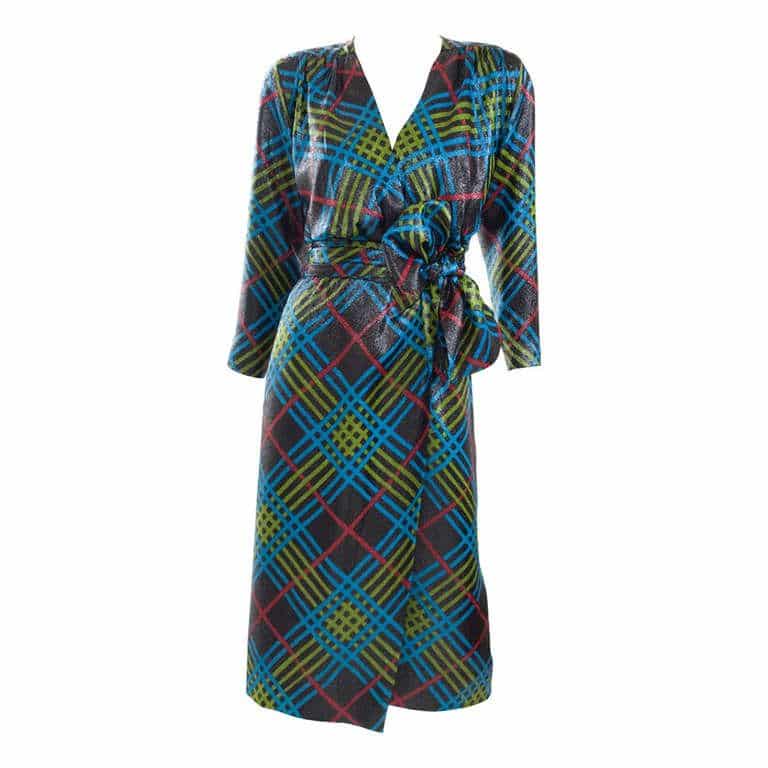 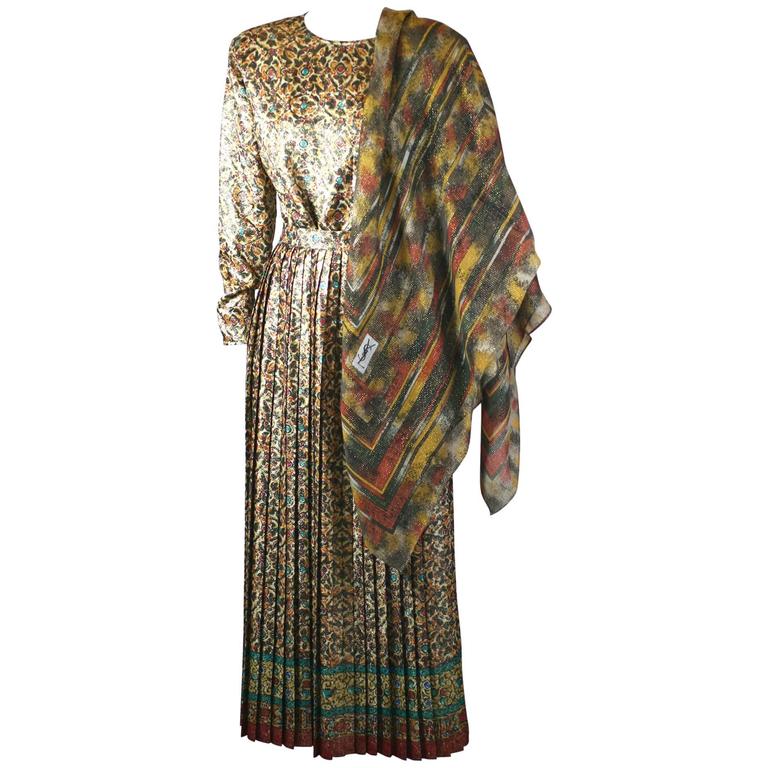 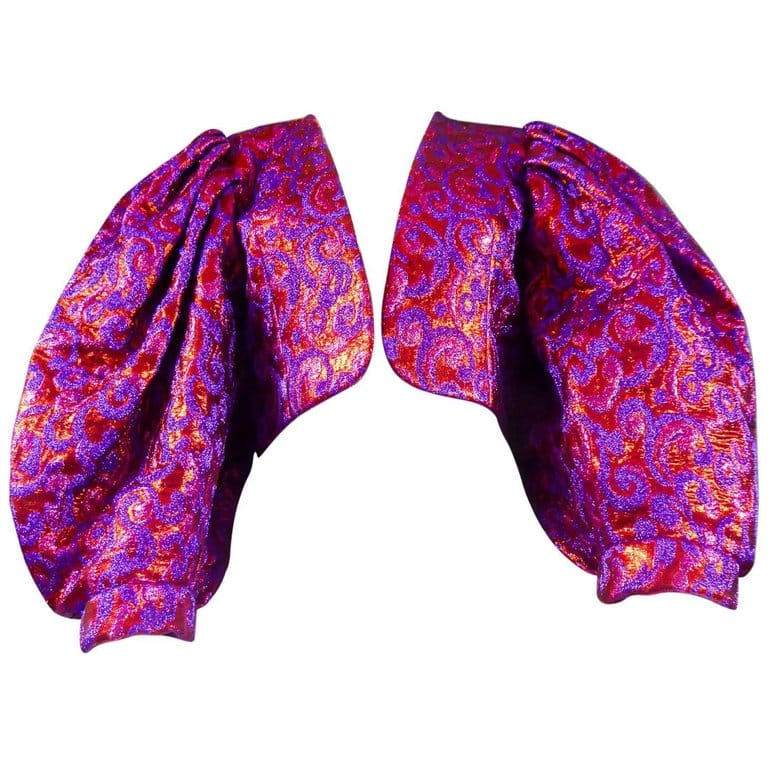 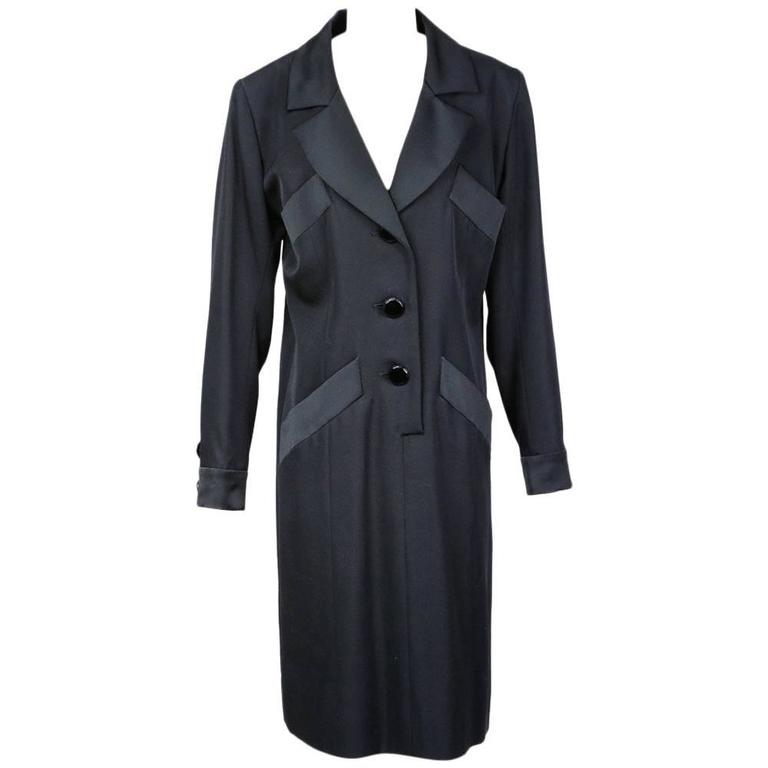