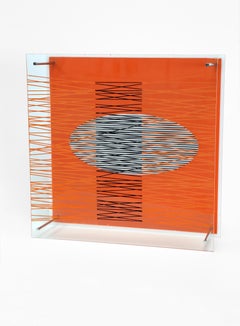 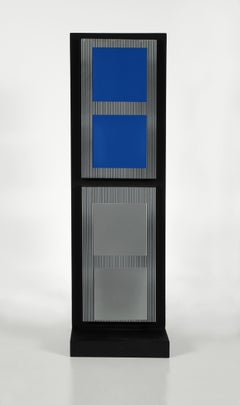 Jesús Rafael Soto, Escritura Blanca y Cadmio, Paint Wood, Metal, and Nylon, 1977
By Jesús Rafael Soto
Located in Miami, FL
The artwork is signed and dated on the back and accompanied by a certificate of authenticity issued by the Comité Soto. . Jesús Soto (1923-2005) belongs to the generation of young L...
Category 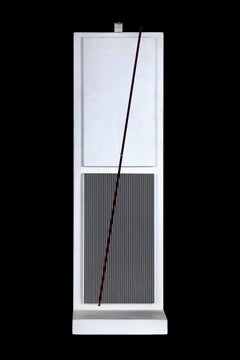 Composition 1 (aka. "Yellow Squares")
By Jesús Rafael Soto
Located in Toronto, Ontario
Jesús Rafael Soto (1923-2005) was a Venezuelan artist and defining figure of Kinetic Art and Op Art, best known for his large-scale sculptures. After completing his artistic traini...
Category

Permutation
By Jesús Rafael Soto
Located in Tbilisi, GE
Screen-print on plastic and metal. Signed and numbered at the back. Signed Edition of 120
Category

Mirroire
By Jesús Rafael Soto
Located in Tbilisi, GE
Screen-print on plexiglass and screen-print on mirror. Signature and number on the back; Edition of 99pc
Category

Untitled, (Black And Silver), Original Screen Print 1970s
By Jesús Rafael Soto
Located in Roma, IT
Untitled - (Black And Silver) is a very colorful artwork realized by Jesús-Rafael Soto in the 1970s. Mixed colored serigraph on paper. The print is hand-signed in pencil on the lo...
Category 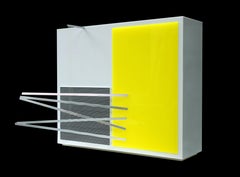 The family
By Agustín Cárdenas
Located in Miami, FL
Category

Bird 3 of 20
By Manuel Mendive
Located in Miami, FL
Category

Bird of Fire Edition 400 of 500 Bronze and metal
By Wifredo Lam
Located in Miami, FL
Category

Jesús Rafael Soto
Homenaje a Humano from An American Portrait, 1976