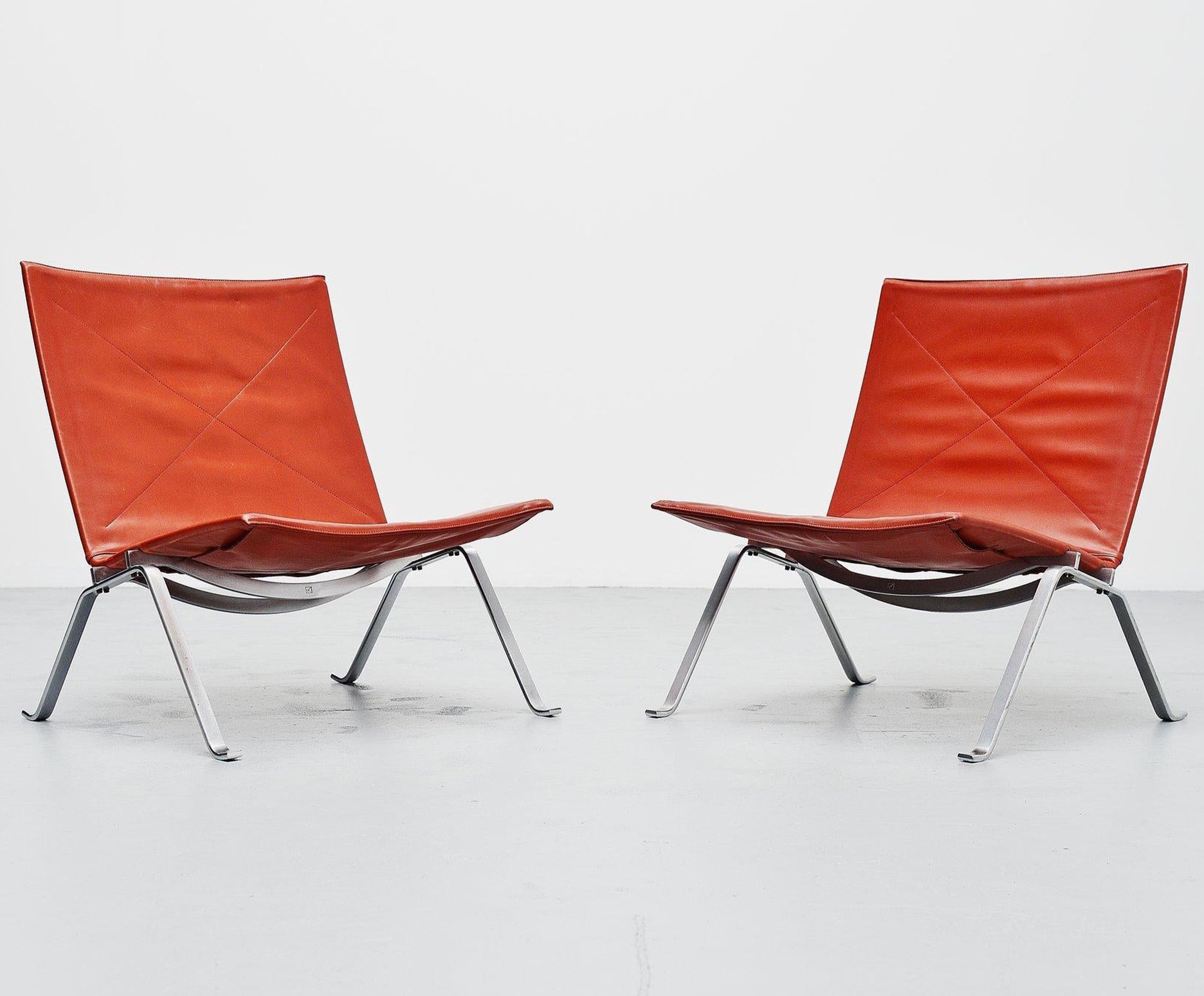 While his mid-century Danish peers were working with wood, Poul Kjærholm (1929–80) found inspiration in the structural potential of steel. His innovative PK22 chair, designed in 1956 for E. Kold Christensen, offers a modern take on the style of ancient folding chairs through its 20th-century engineering.

Trained as a cabinetmaker, Kjærholm was influenced by Ludwig Mies van der Rohe, whose 1929 Barcelona chair anticipated the PK22 with its angled metal frame and leather welted cushions. Kjærholm’s pieces balanced precise lines of stainless steel with leather, rope and wicker, each selected with a consideration of how they age. As the organic materials take on imperfections and wear, their patina contrasts with the enduring strength of the steel.

The PK22 chair followed the PK25 lounge chair — completed by Kjærholm while he was studying at the Royal Danish Academy of Fine Arts in Copenhagen — and reflected his evolving approach to design. Whereas the PK25 involved a single steel piece with a rope seat, the PK22 chair offered a simpler shape. Its two leg pieces bend into feet and are connected by two crossbars that curve downward to support a rectangle of leather or woven cane. This allows a person to rest without feeling the metal on the seat or the front edge, and it also makes for easy disassembling.

Because every element of the PK22 chair’s spare construction is visible, Kjærholm considered its aesthetics down to its exposed joints. Its immediate commercial success fueled Kjærholm’s career, and Fritz Hansen continues to manufacture the chair today.

Pair of PK22 Chairs by Poul Kjærholm and Fritz Hansen, 1989

Poul Kjaerholm PK22 Anthracite Grey by Fritz Hansen, 2004
By Poul Kjærholm, Fritz Hansen
Located in Palm Springs, CA
Priced each we have 4 Paul Kjaerholm PK 22 chairs from Fritz Hansen labeled and dated 2004. We believe these chairs were only produced in this color for 2 years. These chairs come wi...
Category 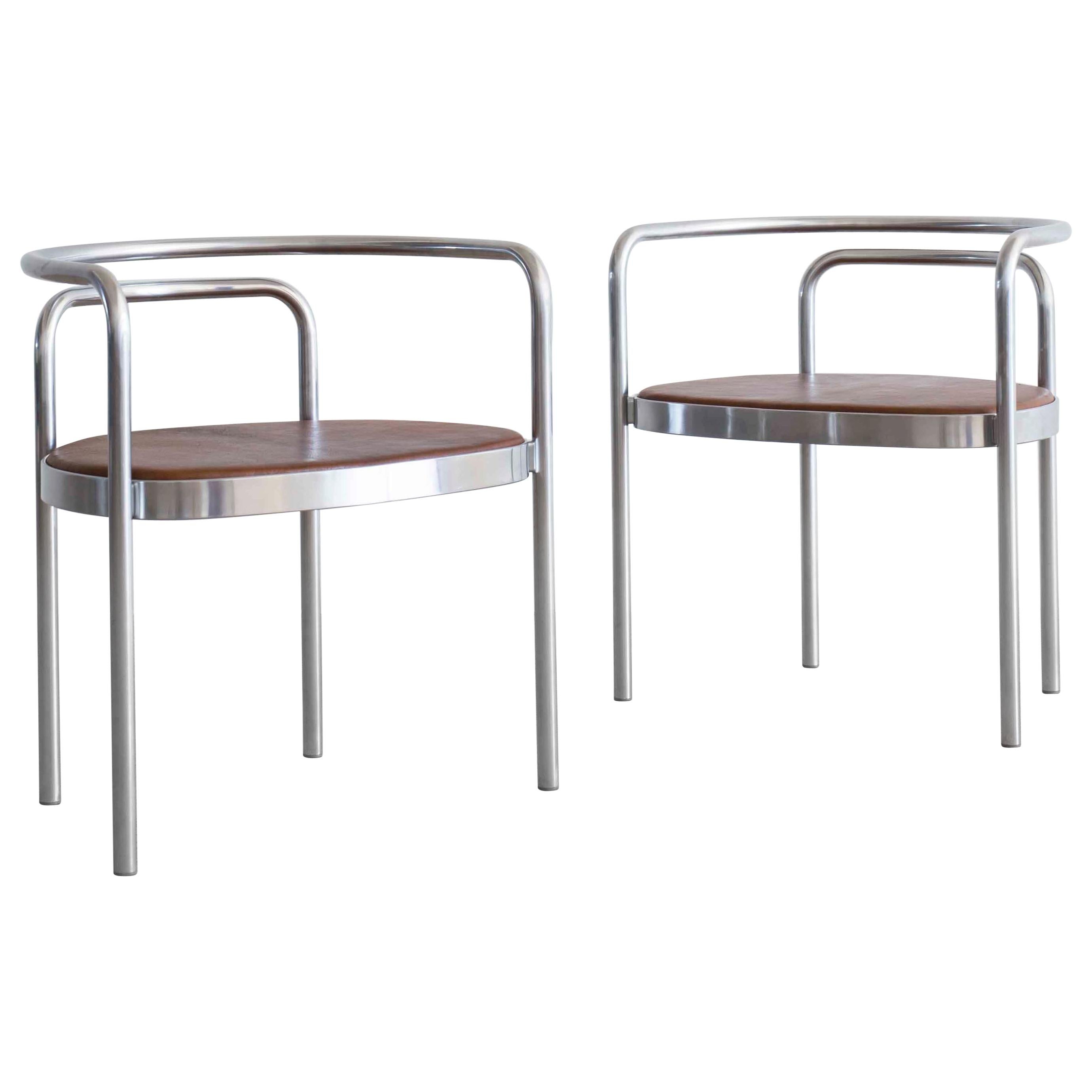 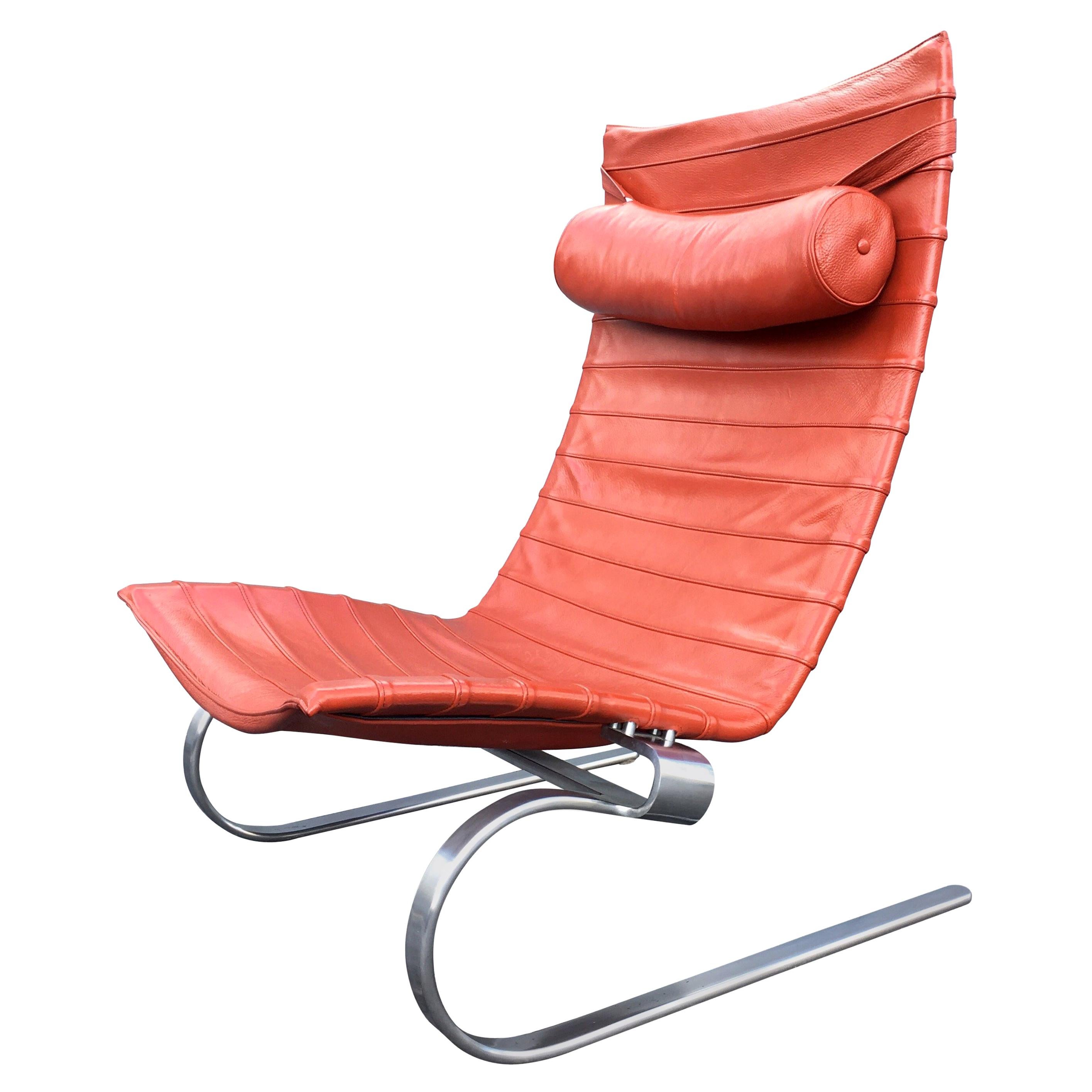 PK 20
Average Price
$14,712
Number Available
7
PK 20
By Poul Kjærholm
Materials
Animal Skin, Leather, Metal, Chrome, Steel
Styles
Mid Century Modern
The PK20 is everything a lounge chair should be: It is as comfortable as it is stylish, and its sleek form renders it a versatile addition to almost any room. The chair’s gently curved, high-back leather-covered seat rests on a flexible, matte chromed spring steel frame. Designed by Danish furniture maker Poul Kjærholm (1929–80) for E. Kold Christensen in 1968, the PK20’s clean lines represent the ideals of minimalist modern furniture, while its adjustable headrest and scoop seat plainly sign...
Shop All 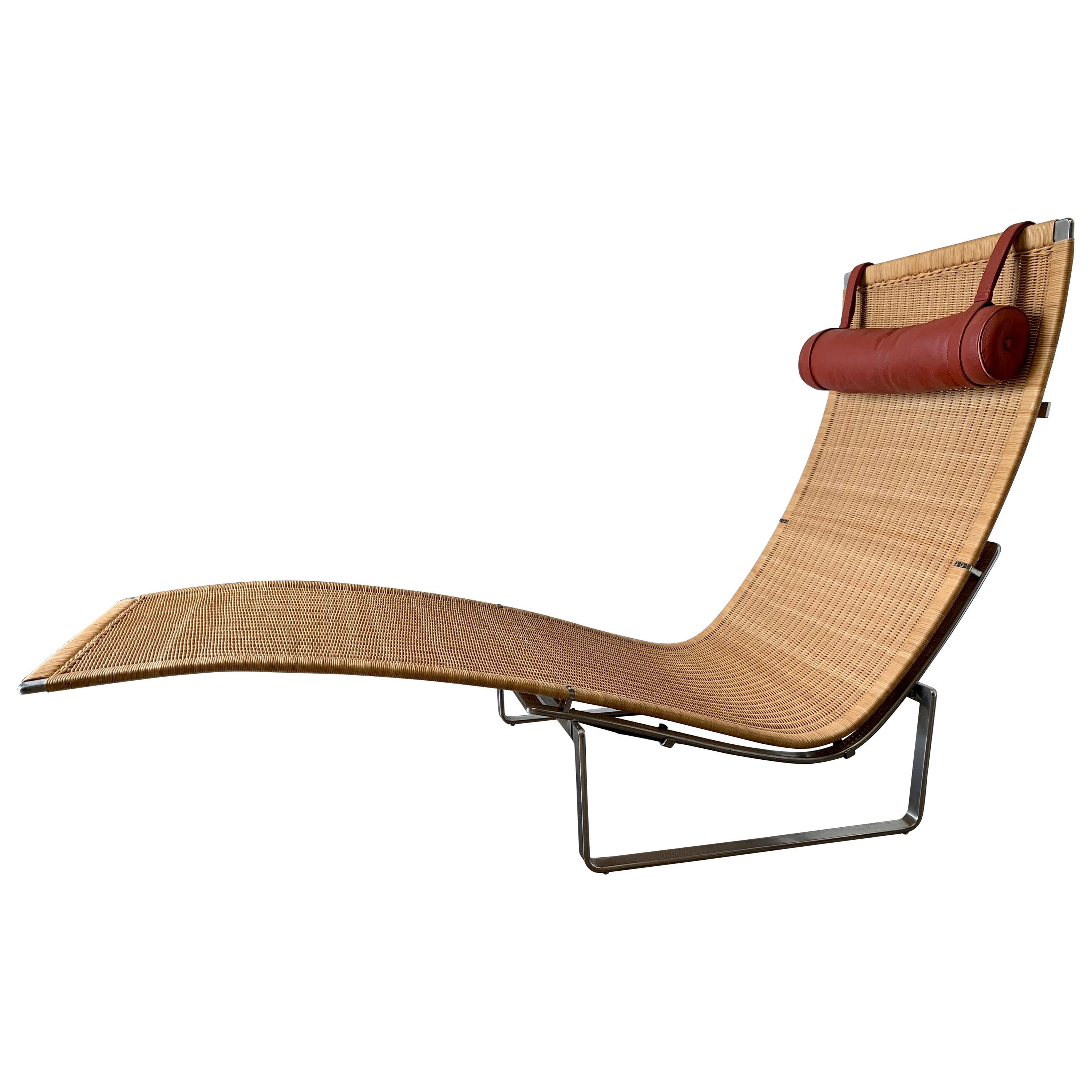 PK 24
Average Price
$12,689
Number Available
3
PK 24
By Poul Kjærholm
Materials
Metal, Natural Fiber, Stainless Steel, Animal Skin, Leather, Wicker, Rattan
Styles
Mid Century Modern, Scandinavian Modern
At first glance, the sleek, minimal shape of the PK24 lounge chair might appear to have little in common with the ornate, carved wood chaise longues of the French Rococo period, but that was indeed the inspiration for Poul Kjærholm's design. As Kjærholm (1929–80) proved, reinterpreting a design that was perhaps the furthest possible thing from the principles of modernism was a monumental demonstration of his mastery of them. Kjærholm referred to his PK24 lounge chair as the “hammock chair.” H...
Shop All 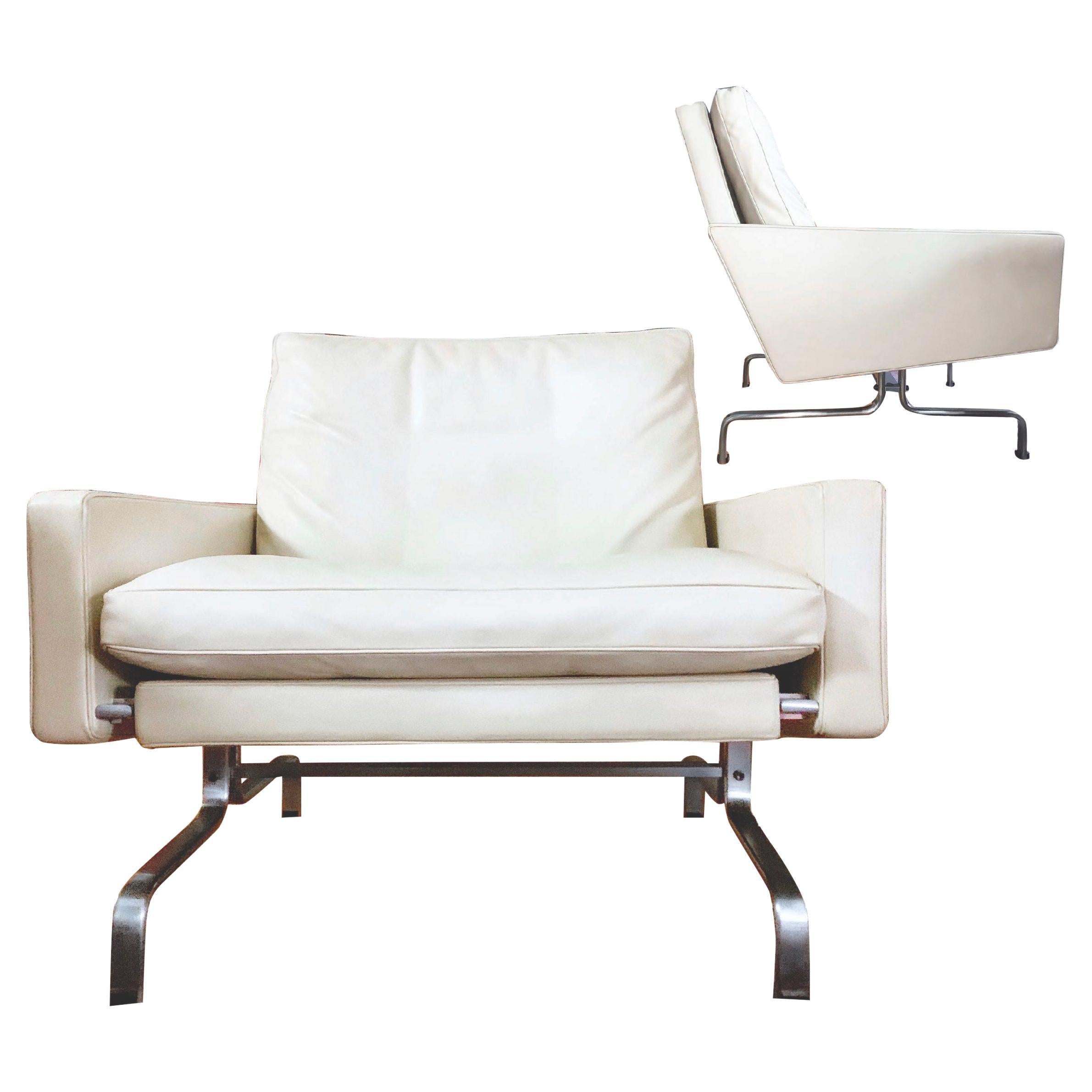