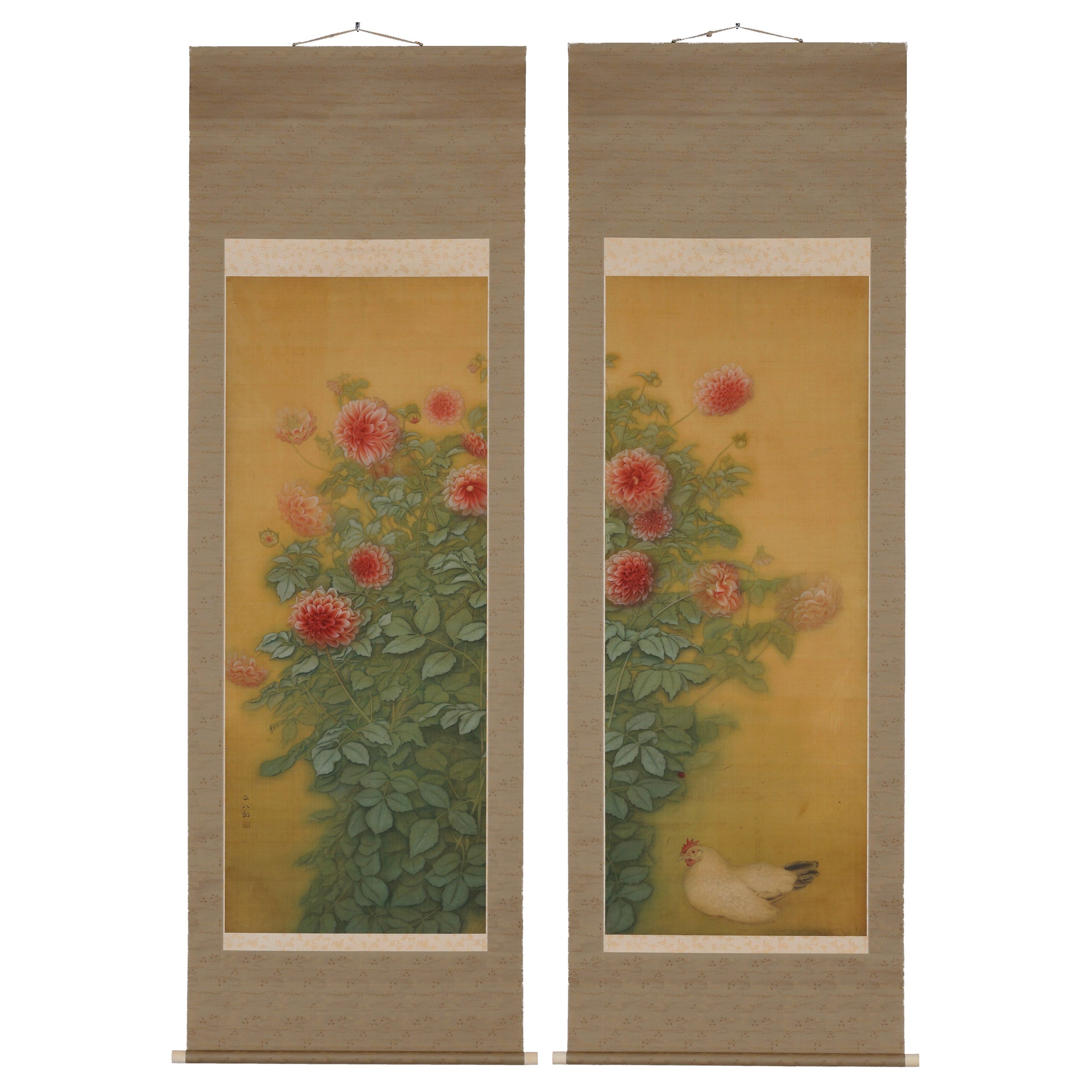 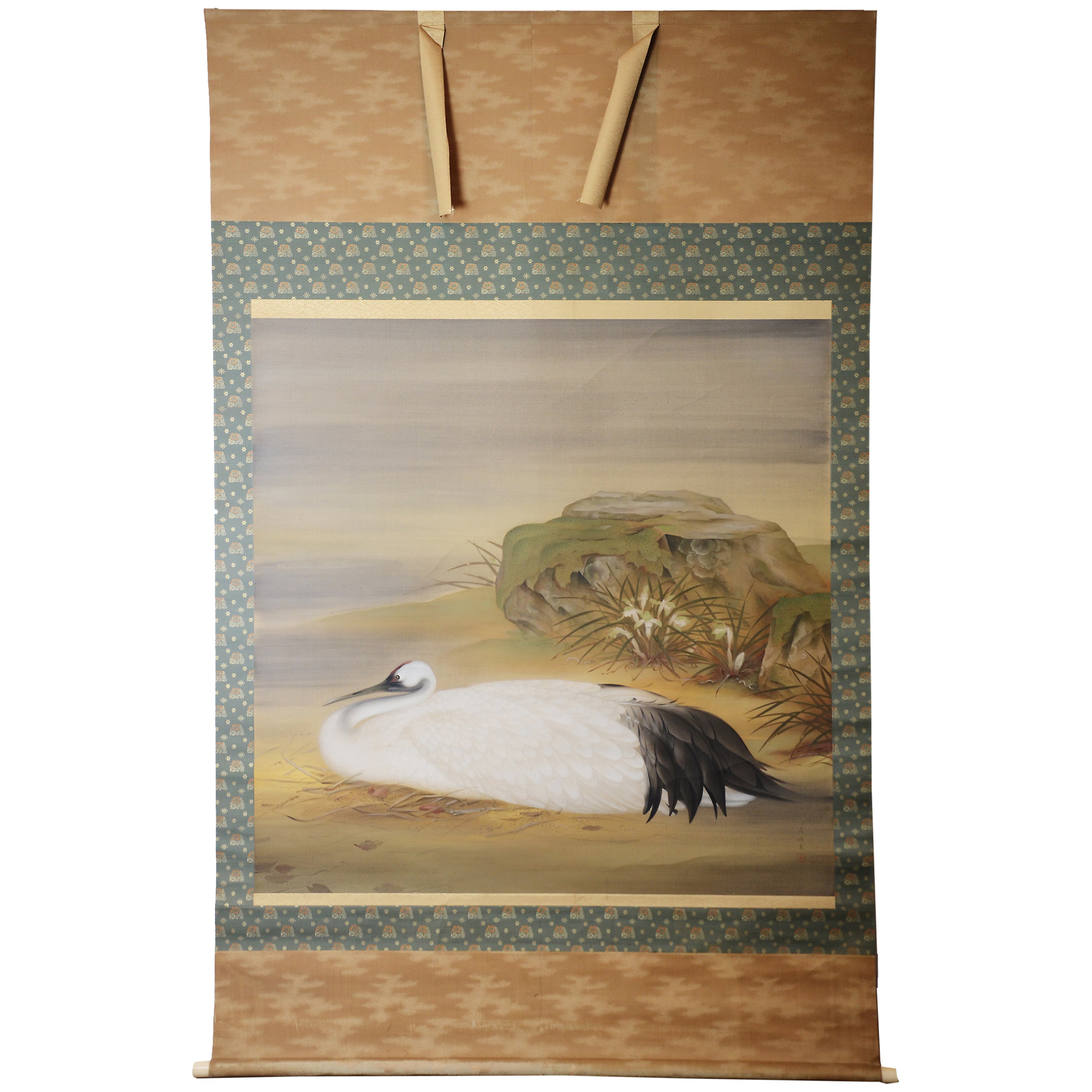 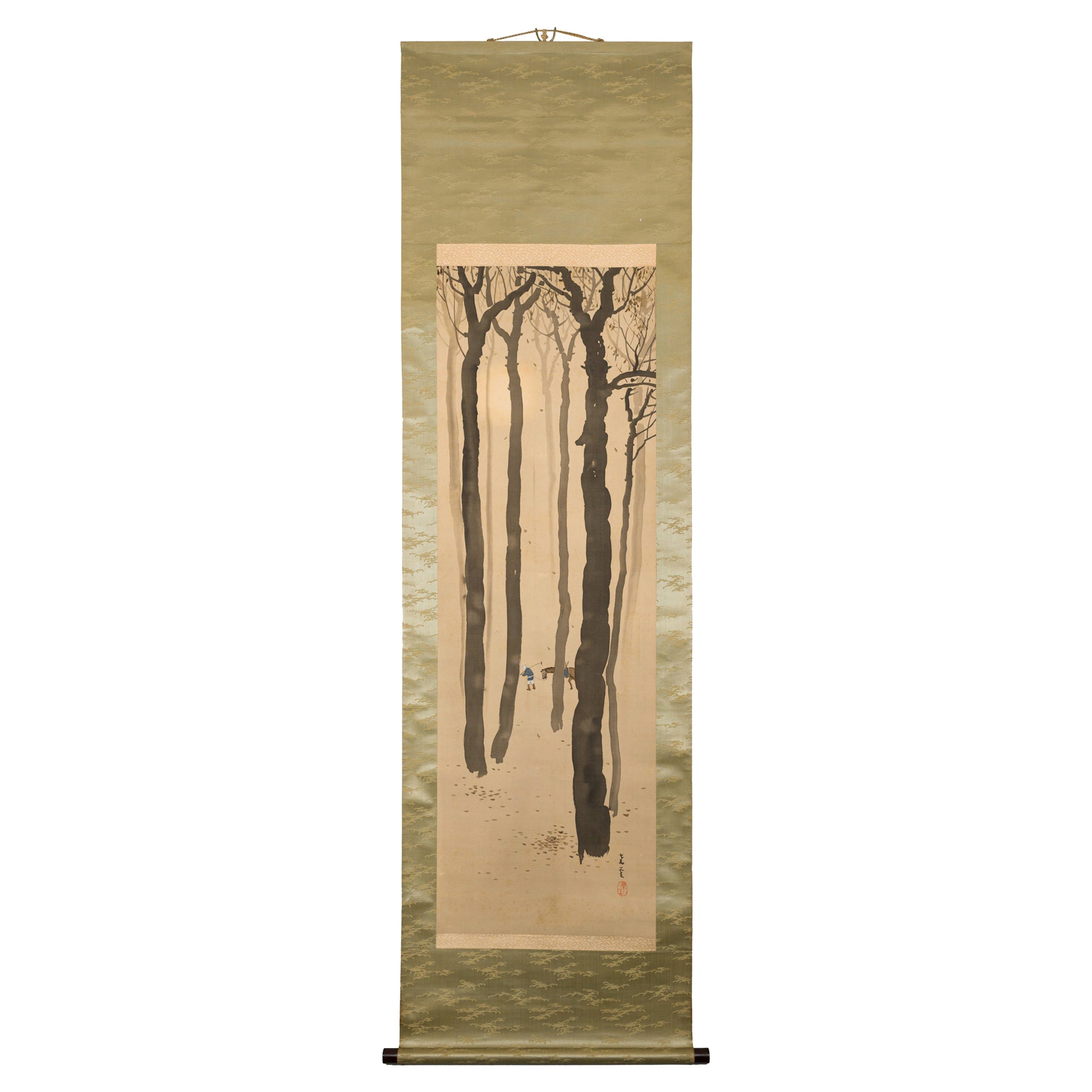 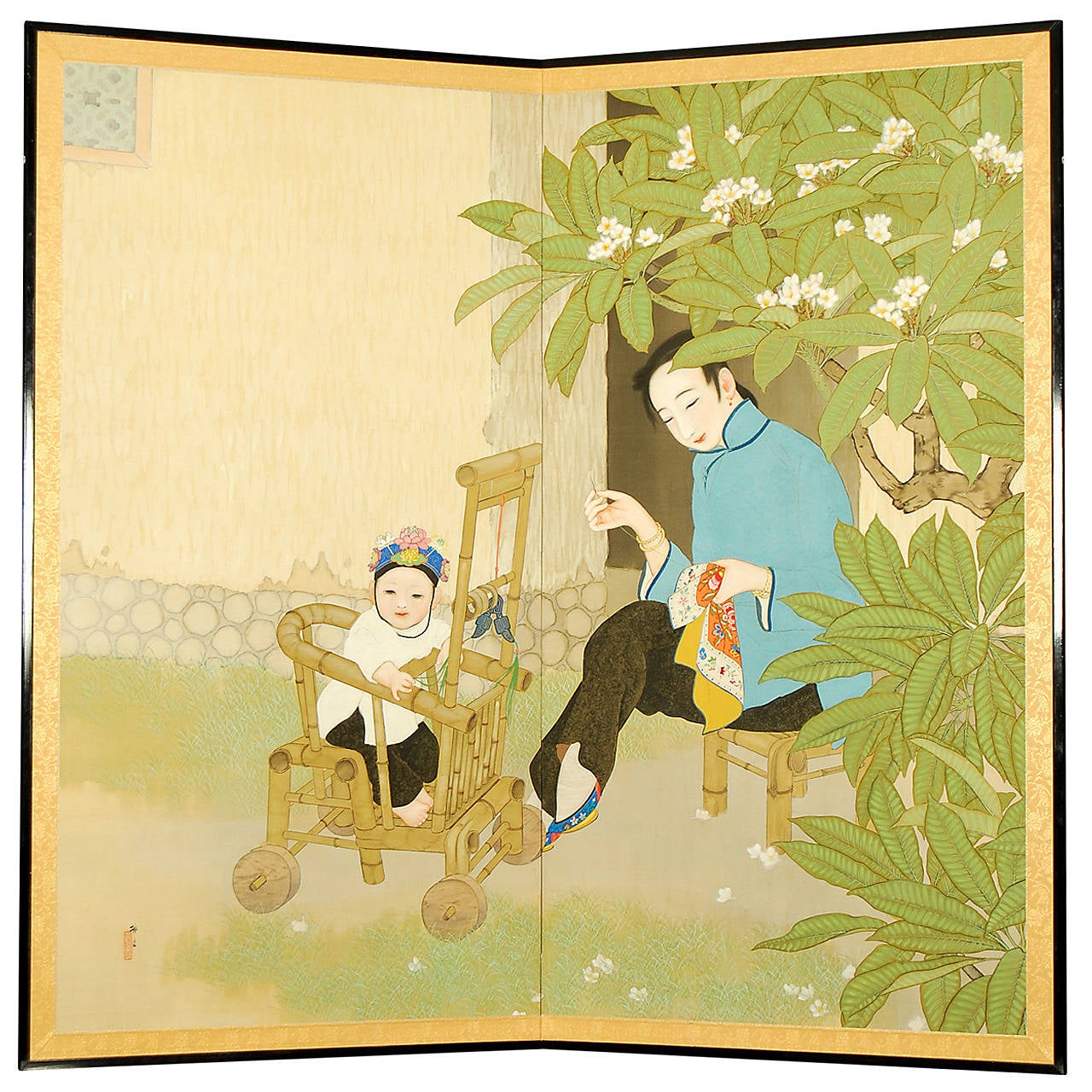 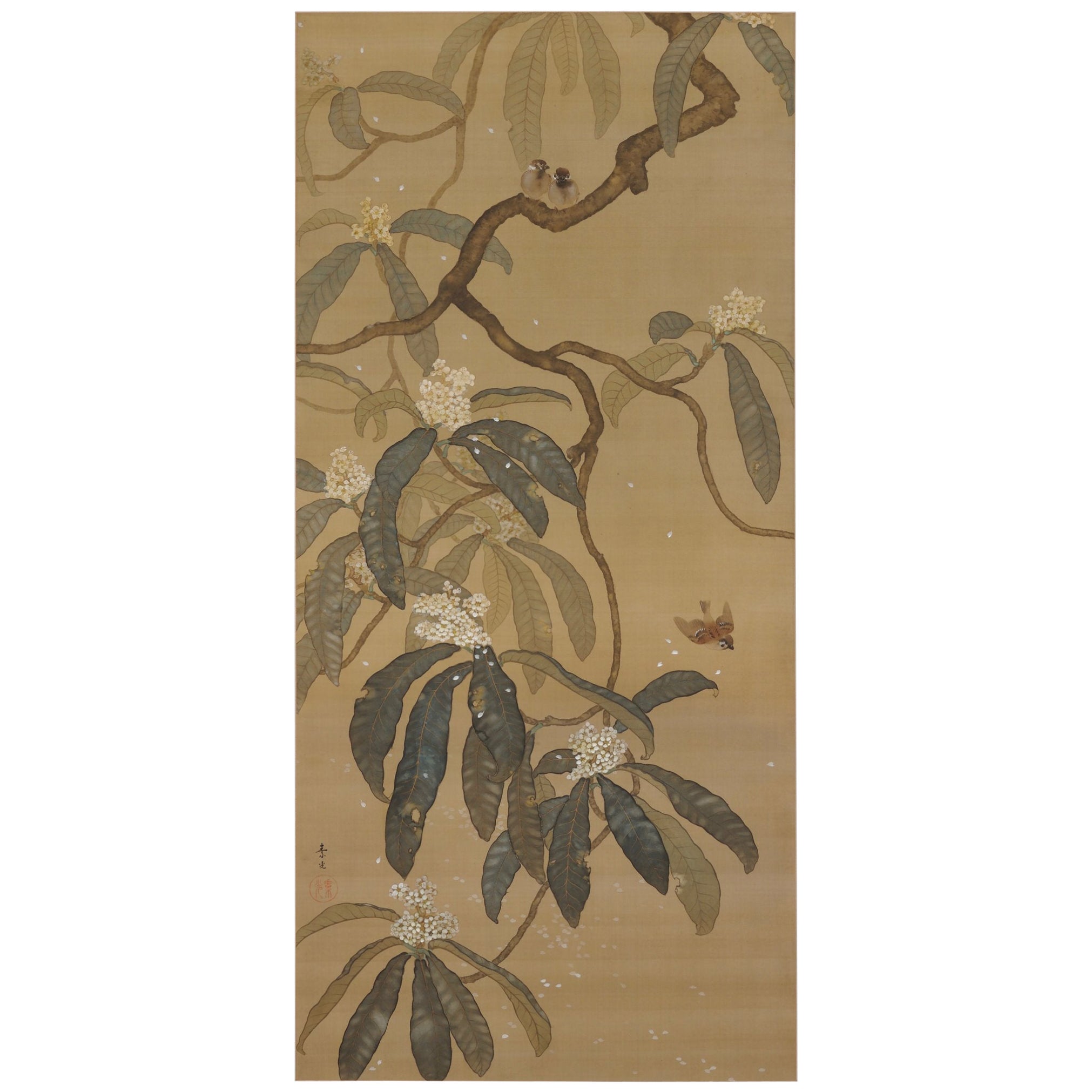 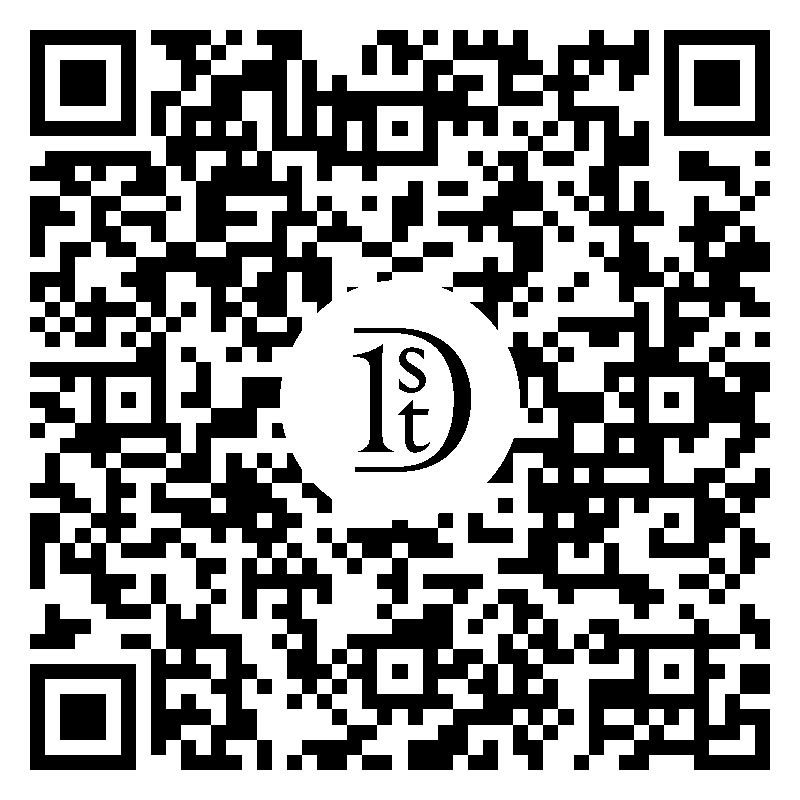 A powerful and brooding Japanese hanging scroll painting of the goddess Benzaiten riding a dragon, ink and color on paper, mounted on paper, with silk brocade, Taisho Period, early 20th century, Japan This hanging scroll, kakemono or kakejiku, is overall dark and moody, with a dense bank of rolling clouds in heavily saturated black ink forming much of the background. In the foreground is the goddess Benzaiten, her pale face luminous against the dark clouds. Benzaiten is portrayed dressed in a sumptuous formal kimono. The fabric with a beautiful geometric pattern. Her overcoat patterned with roundels of pine needles. The goddess is seated upon a coiled dragon, a single stringed zither in her lap. The dragon is coiled tightly around itself, providing a seat for Benzaiten, its face calm and wise. The dragon looks up slightly at the goddess, as if listening to her play. Benzaiten is the Japanese goddess of music, wealth, and beauty. She is based on The Hindu goddess Saraswati, and was introduced to Japan through the spread of Buddhism. She is also considered one of the seven Fukujin, or Seven Lucky Gods. A handwritten tag, translated as "Dragon Lady" is attached to the scroll. The scroll ends crafted of wood. Signed and sealed to the top right corner. Measures: Sight 44.75" x 23.5".