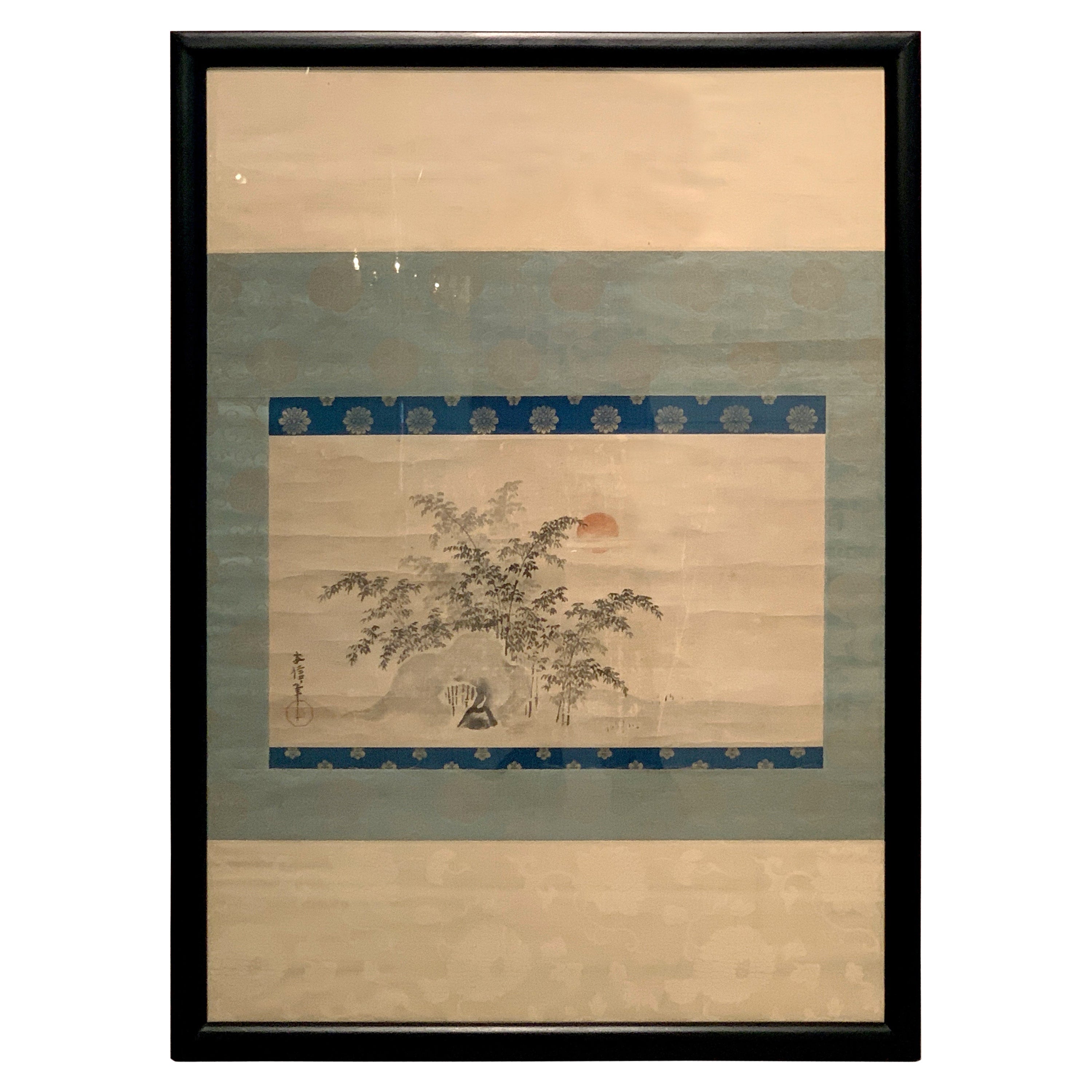 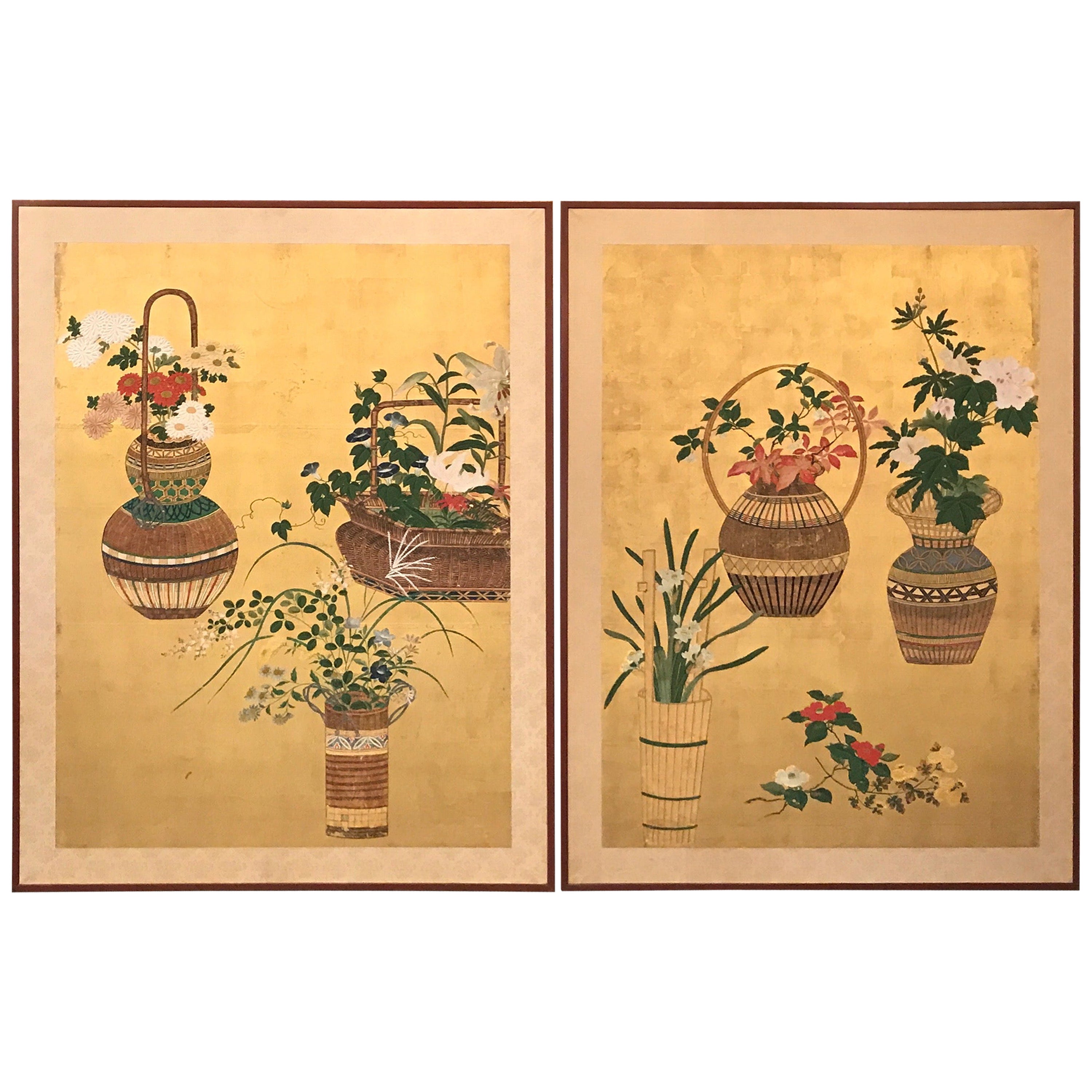 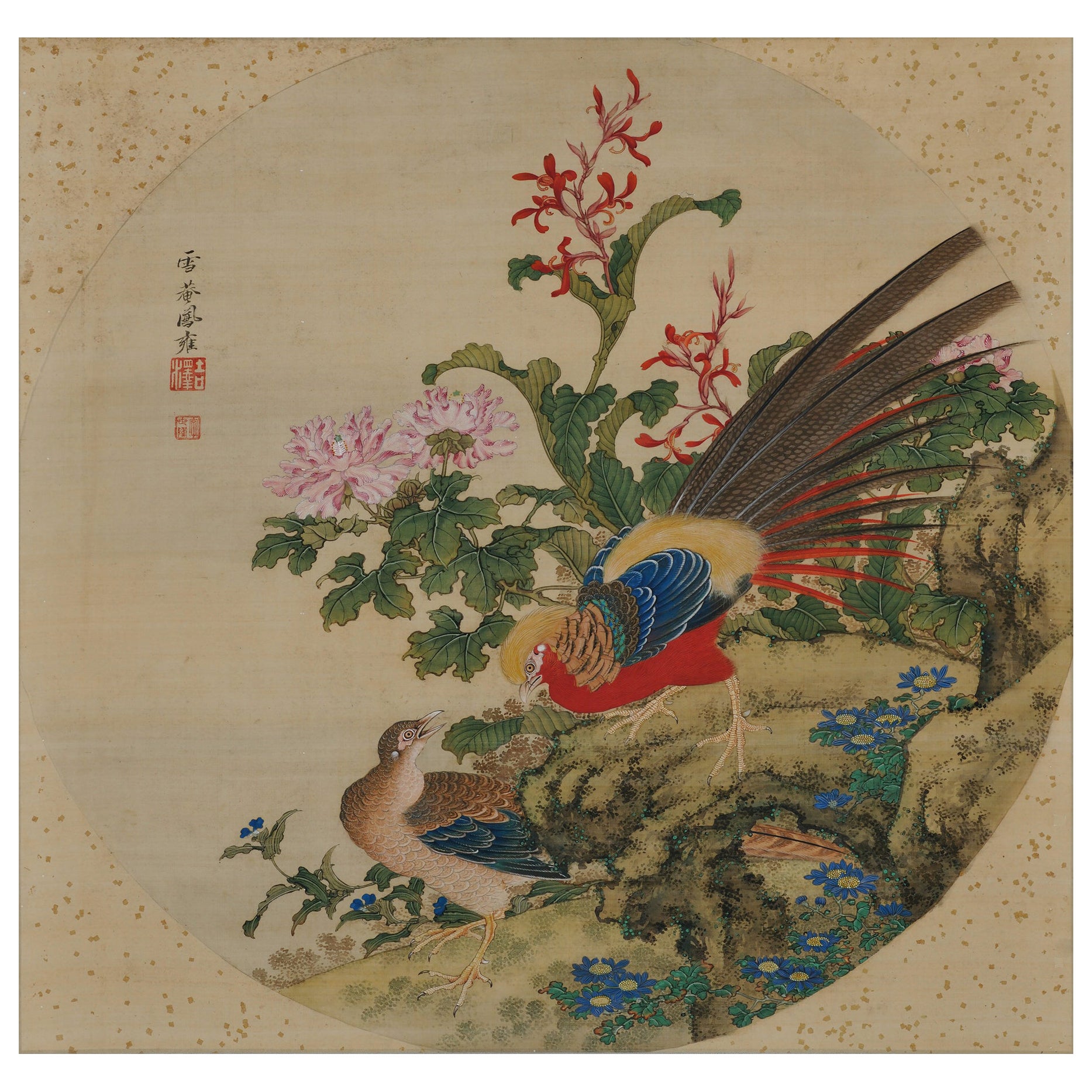 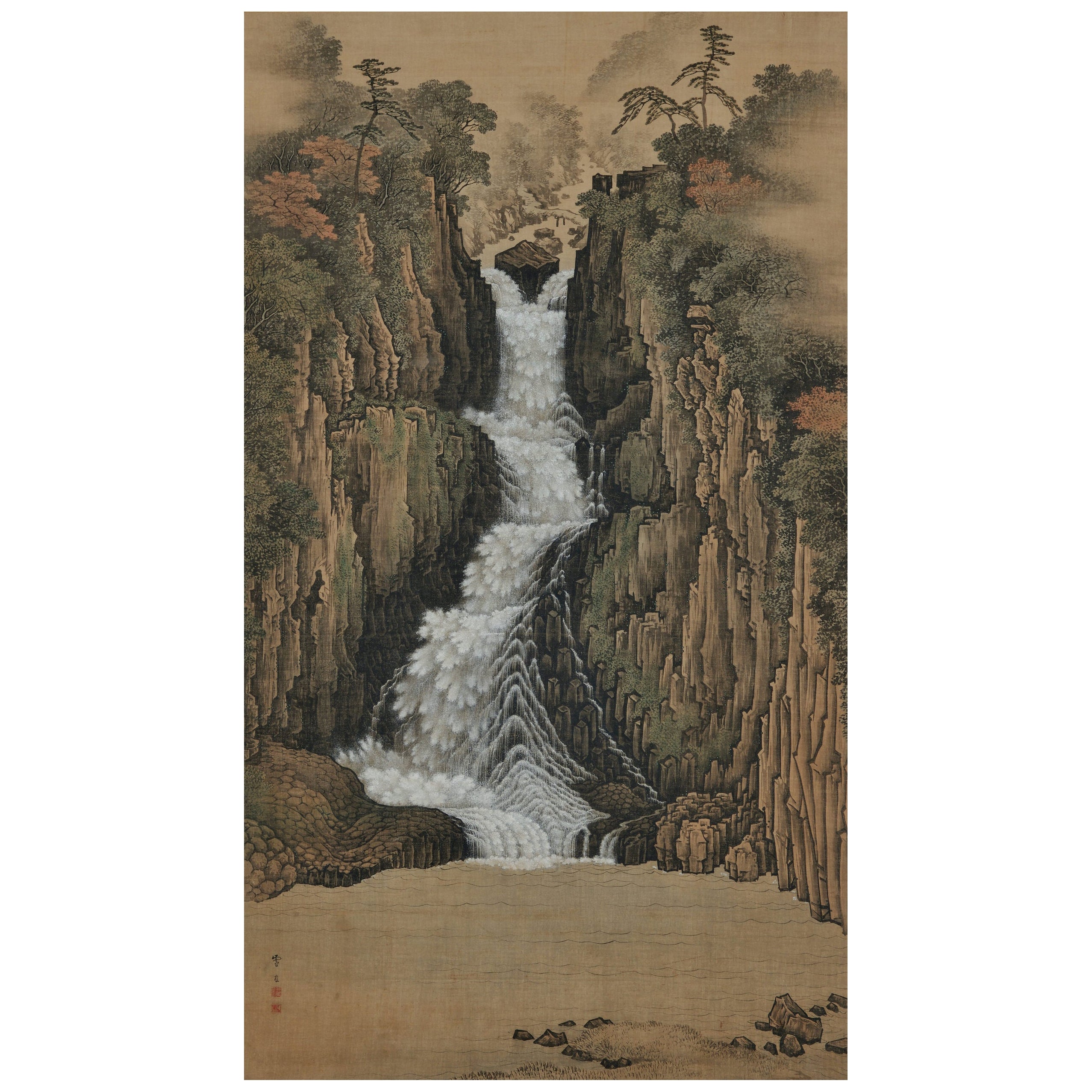 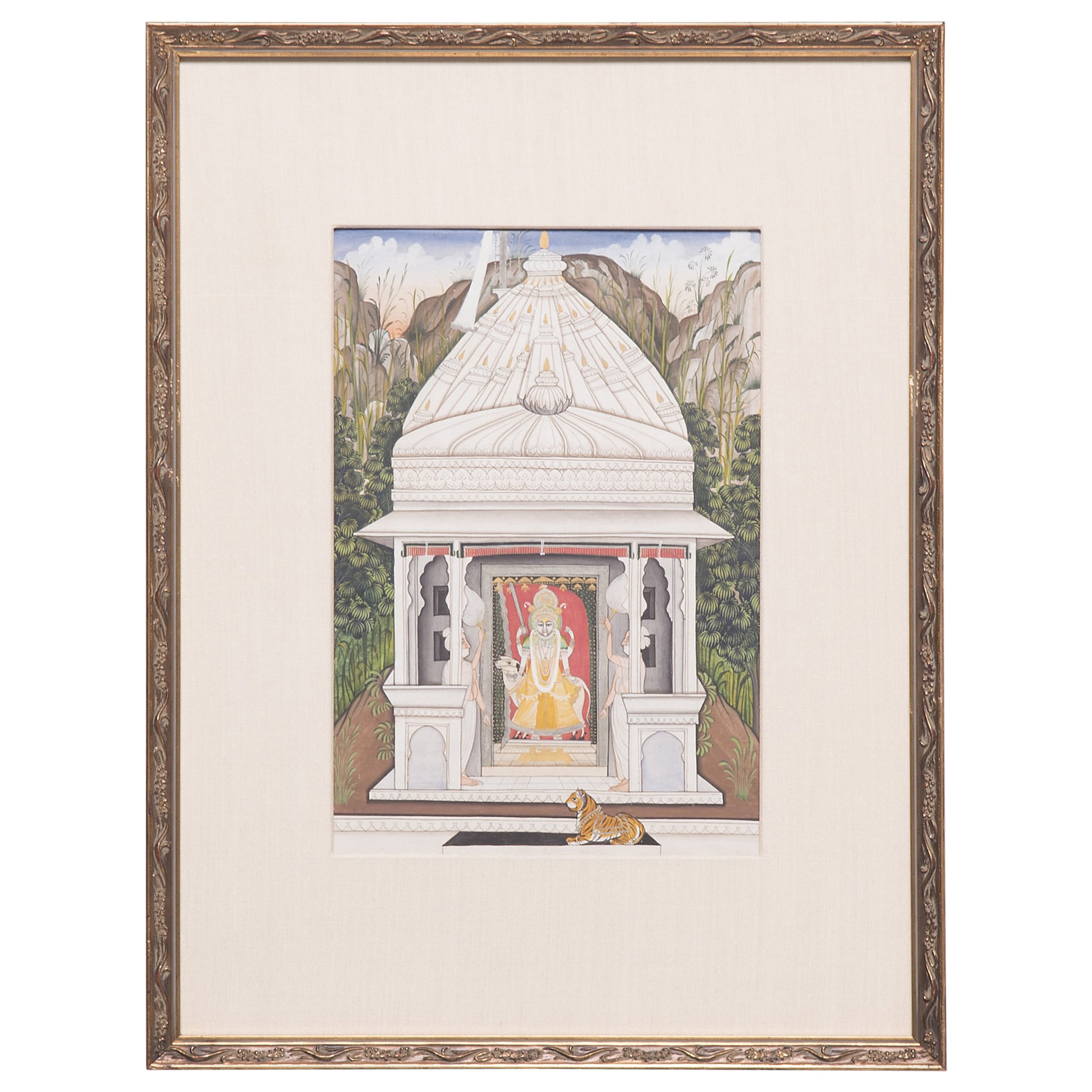 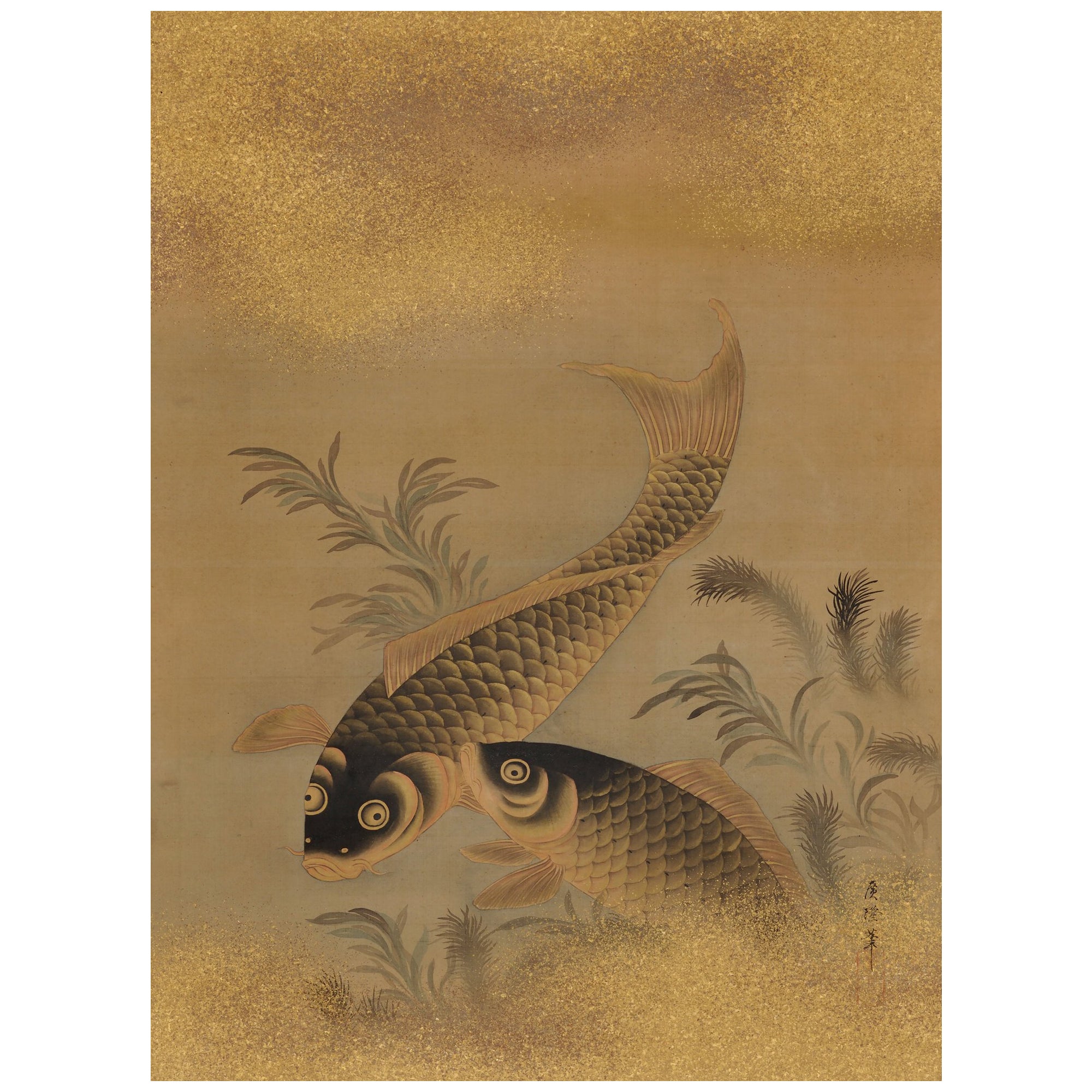 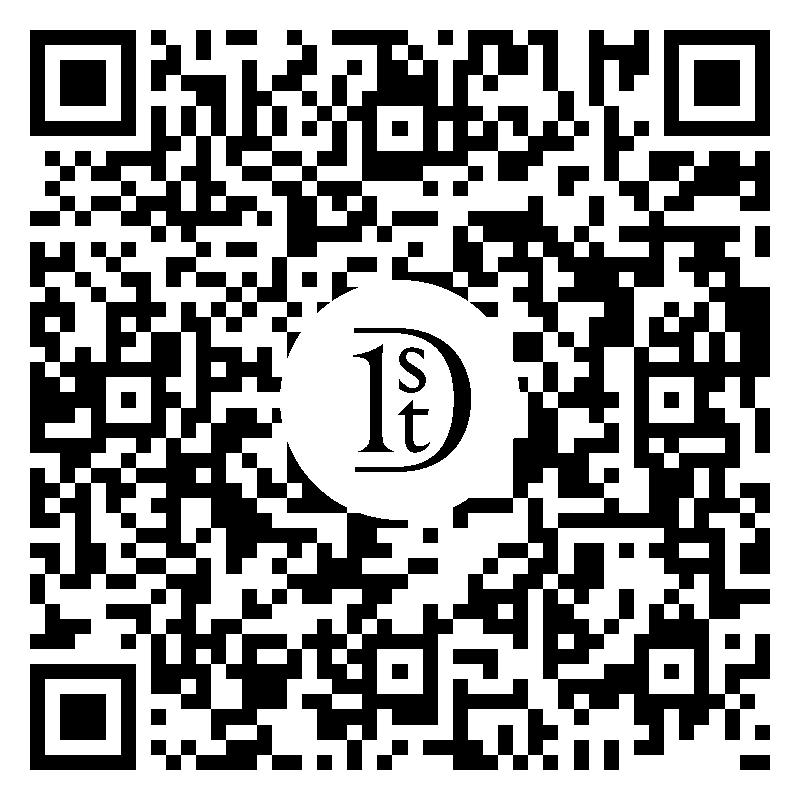 A large and incredible Japanese painting of a Buddhist temple hall with Amida Nyorai, late Edo or early Meiji period, mid-19th century, Japan. Mounted with silk brocade and framed in a heavy, carved and gilt frame. The painting depicts an opulent Amida-do (temple hall dedicated to Amida Buddha) of the Pure Land Buddhism Jodo Shinshu school. The rich painting featuring a central image of Amida Nyorai seated upon a raised dais, flanked by two attendants, with lavish offerings before him, possibly for New Year celebrations. In the foreground are the temple implements, including more offerings, candlesticks in the form of writhing dragons, flower vases with dragons and elephant handles and filled with fantastic blossoms, a large koro (incense burner) also with writhing dragons, the large rin (standing bell) and mokugyuo (wooden fish drum). The tablets in the center foreground are inscribed with the nianfo, or mantra, jin jippo mugeko nyorai. The nianfo is repeated on the columns by the flanking attendants. Painted on fabric in vibrant mineral pigments with rich gilding. Some areas are raised, adding an additional layer of depth. A kamon of three oak leaves features prominently throughout the painting, making appearances in the altar covering at the forefront and in the column decorations on either side of Amida Nyorai. The three leaf mon is the symbol of the powerful Yamauchi clan, as well as their ancestral home of the Tosa Domain. Closer in, against the blue ground, are images of the imperial sixteen petal chrysanthemum. The painting mounted on rich silk brocades with large blossoms, possibly taken from a kesa, or monk's robe. Framed in a heavy carved and gilt frame with acrylic. The back papered, with two hooks for hanging.