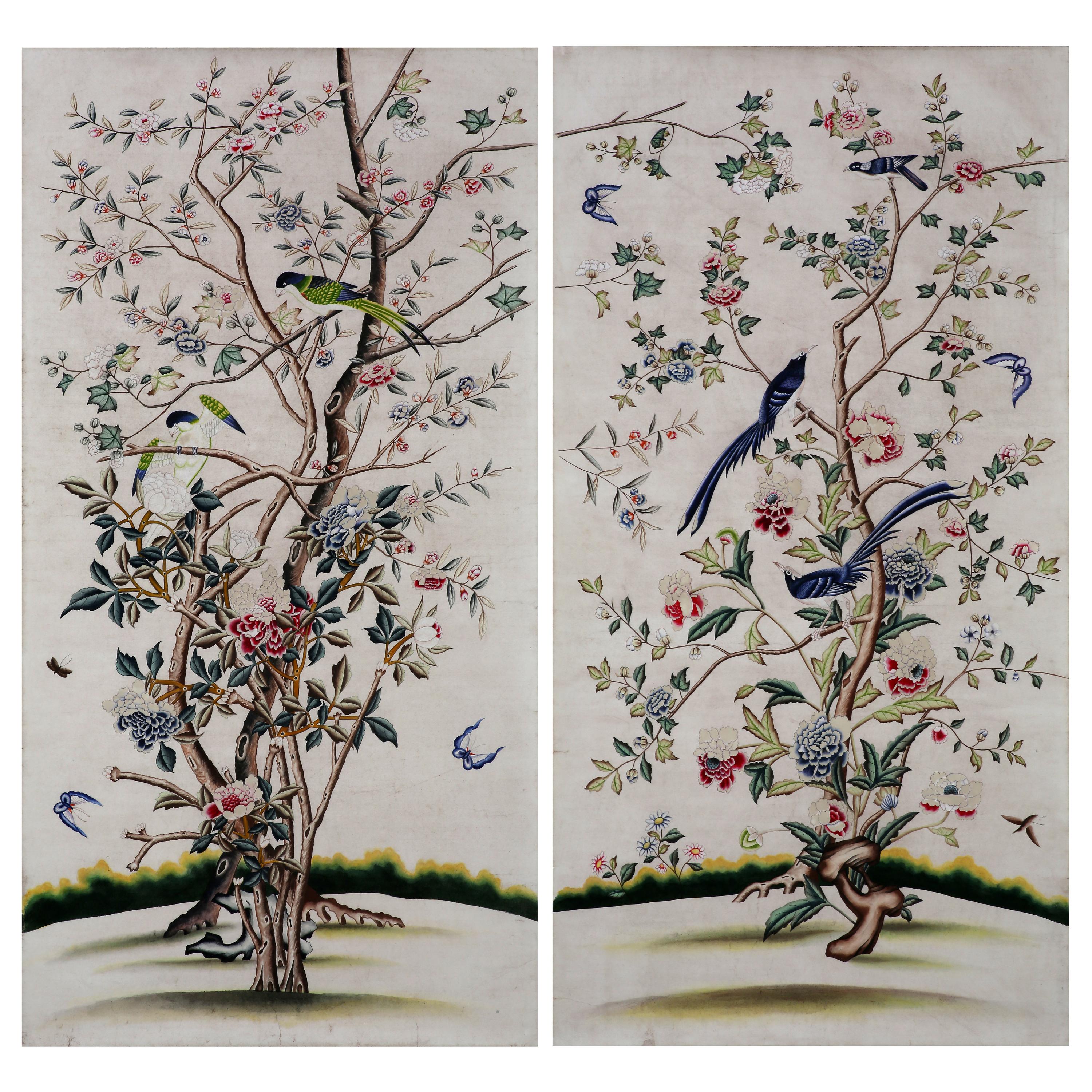 New And Custom Paintings and Screens 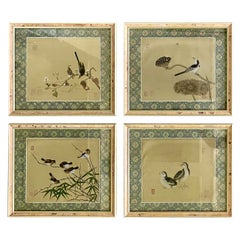 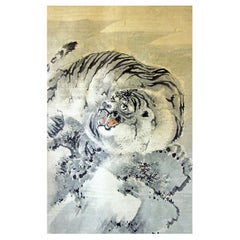 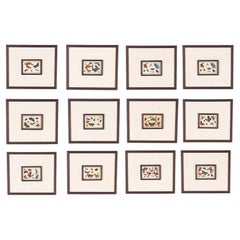 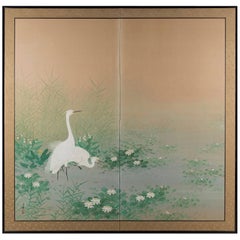 Chinese Peony and Pheasant Canopy Painting, circa 1850
Located in Chicago, IL
The experience of art itself can be an intimate one and this bed canopy, hand painted over 100 years ago by an artist in Canton, was more intimate than most. Delicately painted birds...
Category

Screen in Patinated Brass and Copper, France, 2018
Located in Paris, FR
Unique patinated brass and copper stunning screen Limited edition of 8 pieces numbered and signed This screen has been made in France, by a talented artist from the famous Boulle A...
Category

The Life of Animals in Japanese Art, 1st Ed

DeCastelli Painting Room Divider in Multi color by Alessandra Baldereschi
By Alessandra Baldereschi, DeCastelli
Located in Brooklyn, NY
A large screen designed as a theatre curtain represents imaginary natural landscapes on both sides: a night sky and the outline of a series of hills. The chromatic variations obtaine...
Category

Portrait of a Mongolian Bride by Batjargal Tseyentsogzol, Mongolian (1966-)
Located in Ottawa, Ontario
A finely painted portrait of a beautiful young woman attired in traditional wedding costume of the Great Khans. Executed with an almost jewel-like degree of detail & sharpness, signe...
Category

21st Century and Contemporary Mongolian Other Paintings and Screens

17th.Century Dutch Oil Painting on Canvas
Located in Perth, GB
17th.century oil painting on canvas, depicting a young girl with Parrot and roses in the background. The Craquelure Patterning adds to the charm of this delightful painting. Framed i...
Category

Chinese Spotted Deer Painting Fragment, Dated 1751
Located in Chicago, IL
Also known as spirit screens, small Chinese table screens such as this were often used to block drafts and other intrusions in a scholar's workspace. Like every aspect of a scholar's...
Category

Pair of 19' century Chinese Reverse-Painted Mirror Pictures
Located in Rome, IT
A pair of Chinese reverse glass painting representing women and a child in a garden pavillion. Original "Chinese Chippendale" framing. China for export, circa 1830.
Category

Framed Korean Jakhodo Tiger and Magpie Folk Painting One of the Four
Located in Atlanta, GA
A Korean Folk Art painting watercolor on silk mounted with brocade border and framed. The watercolor was likely dated from late 19th century to the turn of the 20th century, toward t...
Category

Early 20th Century Window Carvings from Fujian, China
Located in Singapore, SG
A set of 4 window panels from Fujian province, China. The original hinges have been removed and patched, and new hangers have been added on top, however overall the colours are large...
Category

1970s Indian Paper Drawing of a Woman Riding a Tapir

Exceptional Pair of Mid 18th Century Oils on Canvas, Assembly of Exotic Birds
Located in Atlanta, GA
Paintings of exotic birds, fowl, and game animals were popular subjects for artists from the 17th century onward. Quite often the scenes were derived from collections of taxidermy to...
Category

Japanese Two-Panel Screen, Swallows in Tropical Landscape ‘Southern Islands’
Located in Hudson, NY
Okinawa painting with palm trees, flying swallows, and antheriums. Graphic and dynamic splashes of color and design gives this painting an air of modernism. This is a traditional sub...
Category

"Boys Beneath Lotus" Chinese Folk Painted Panel, circa 1850
Located in Chicago, IL
This folk hand painted panel, laden with meaning, was originally an interior painted panel of a large storage cabinet. The panel is painted with a scene of two young boys in traditio...
Category

Japanese Two Panel Screen Snow Flakes Falling in the Forest
Located in Hudson, NY
With young bamboo and winter berry in the foreground and footprints in the snow. Mineral pigments and mica on paper. Seal reads: Seikan.
Category

Traditional Asian paintings were often created on scrolls and folding screens. Artisans made screens that could be folded up or spread out by connecting several panels using hinges. Today, antique Asian folding screens and paintings are sophisticated decorative accents that can serve as makeshift partitions to ensure privacy.

The original folding screens were created by Chinese artists. The earliest record of screens comes from the 2nd century B.C., and surviving examples date back to the Ming dynasty. Chinese painting utilizes many of the same tools as calligraphy — these screens were crafted from wood with painted panels featuring striking art or calligraphy that told cultural stories or represented nature and life in the area.

The practice was introduced to Japan, where paintings for screens were made on paper and silk, in the 8th century. These paintings frequently feature subjects such as landscapes, animals, flowers and Buddhist religious themes. Along with screens for tea ceremonies and dance backgrounds, there were screens for use in Shinto and Buddhist temples.

In the 17th century, screens began to be imported to Europe where their popularity grew. Coco Chanel famously collected Coromandel folding screens.

Traditional Asian paintings can make a tasteful addition to any wall, and screens can be used as decoration or, in the case of larger iterations, as an aesthetic way to divide a large room. Browse the selection of antique Asian paintings and screens from a variety of styles and eras on 1stDibs.