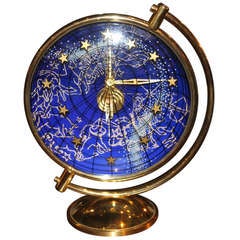 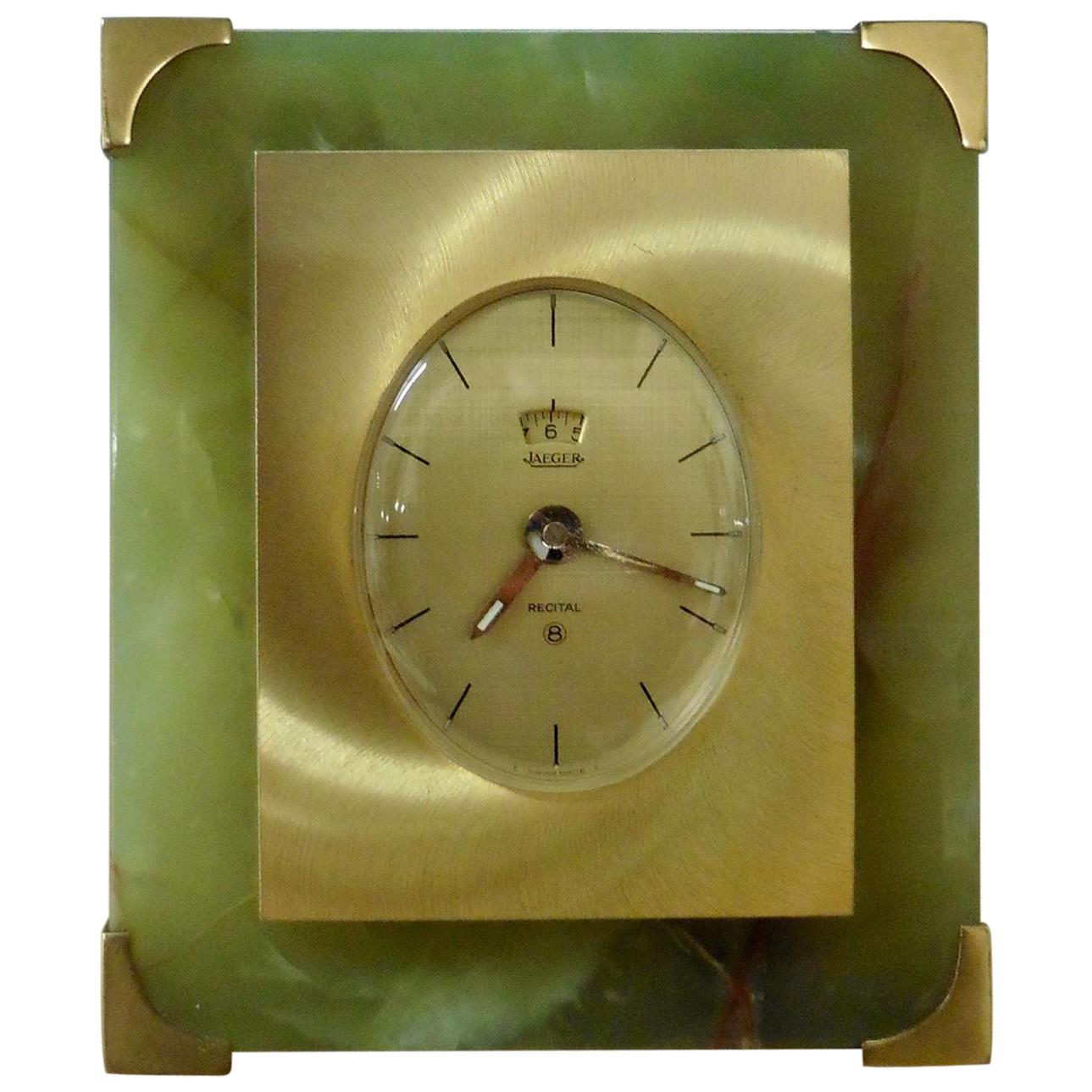 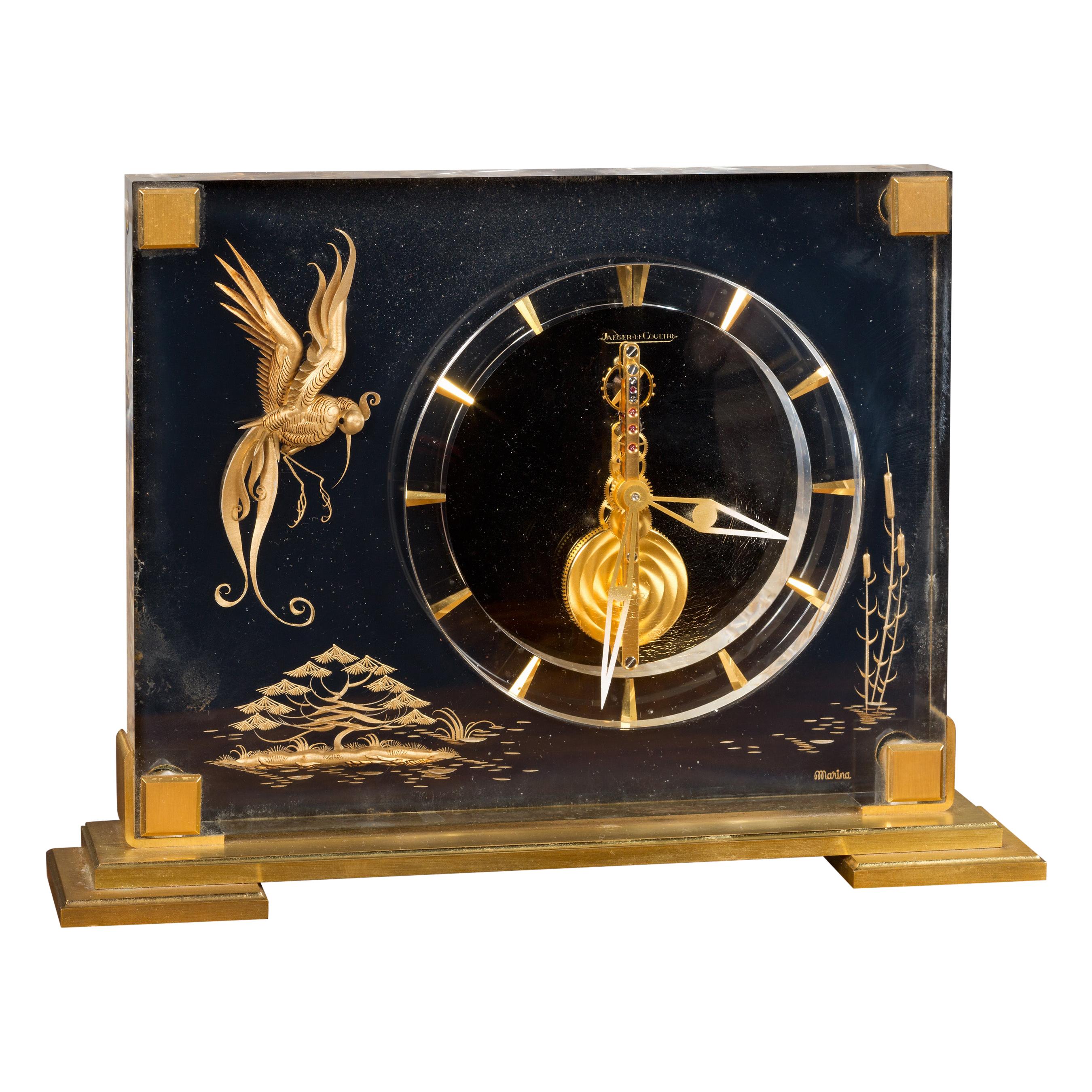 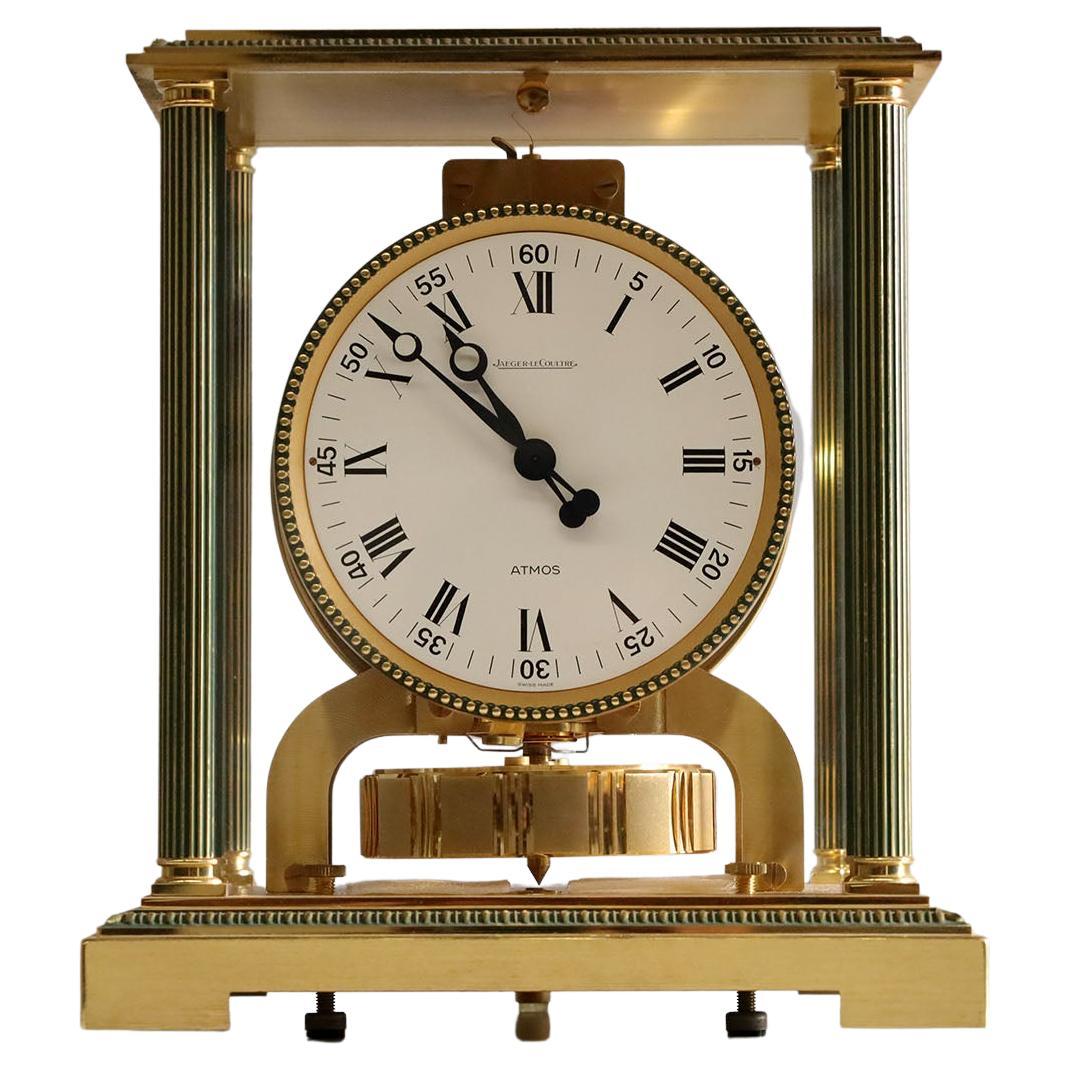 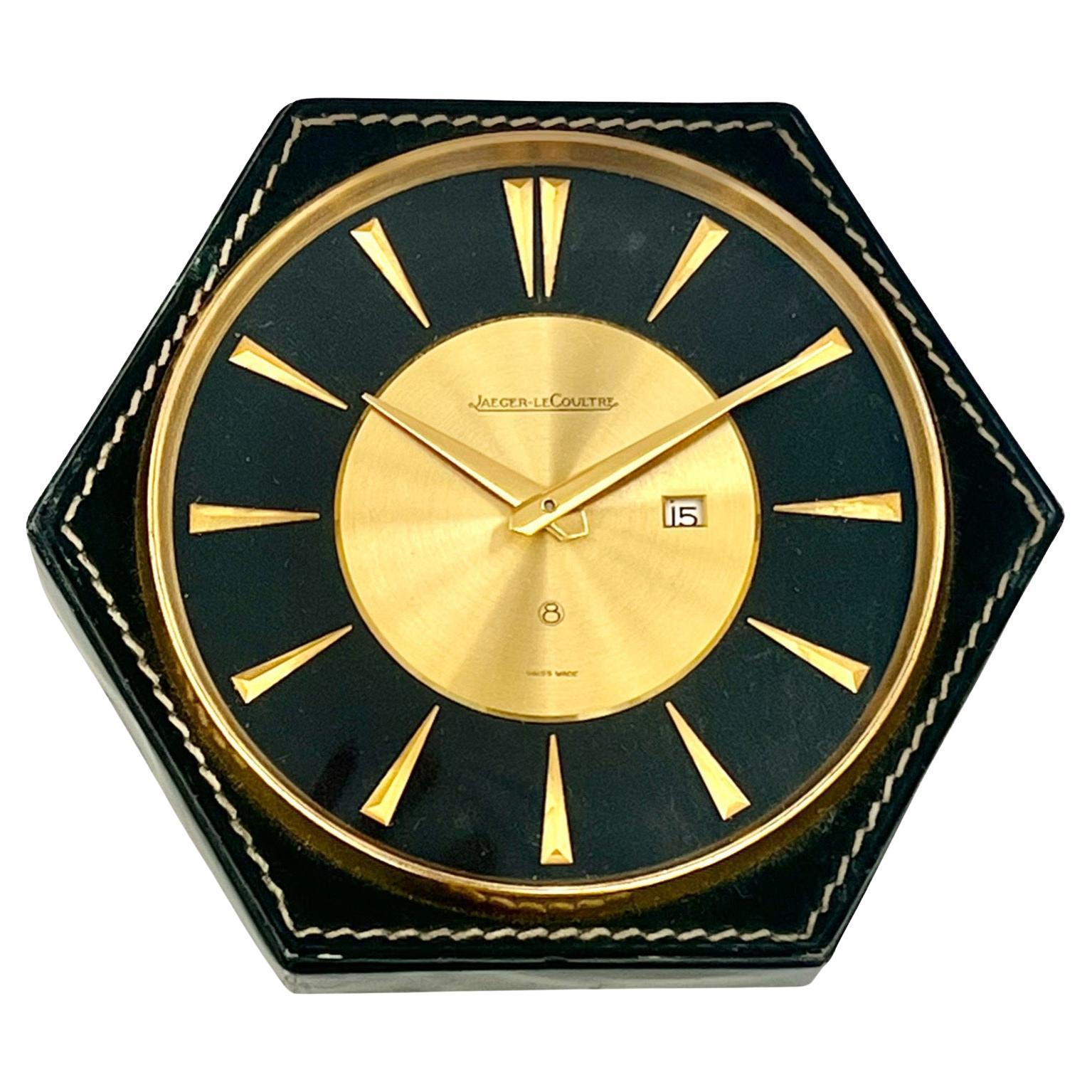 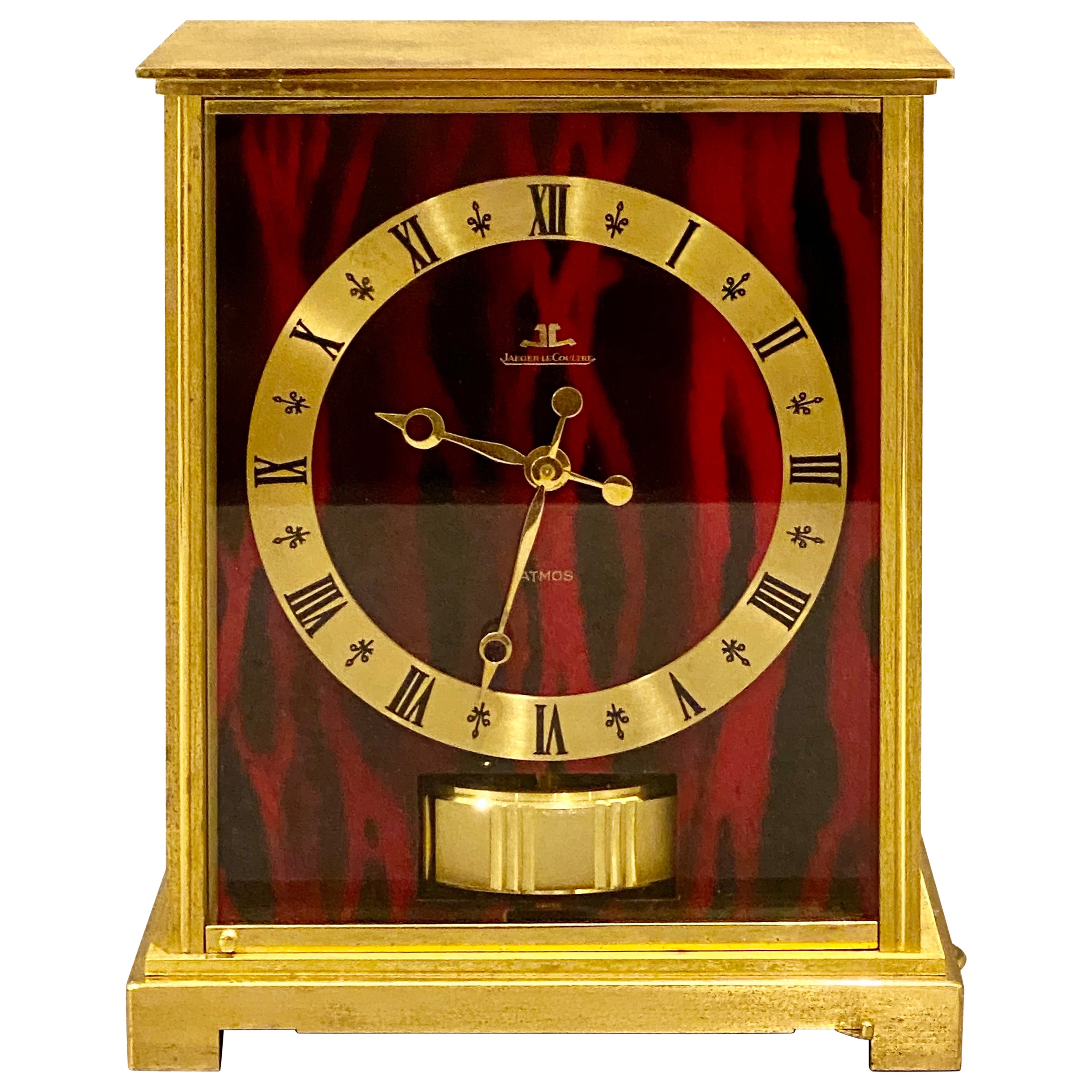 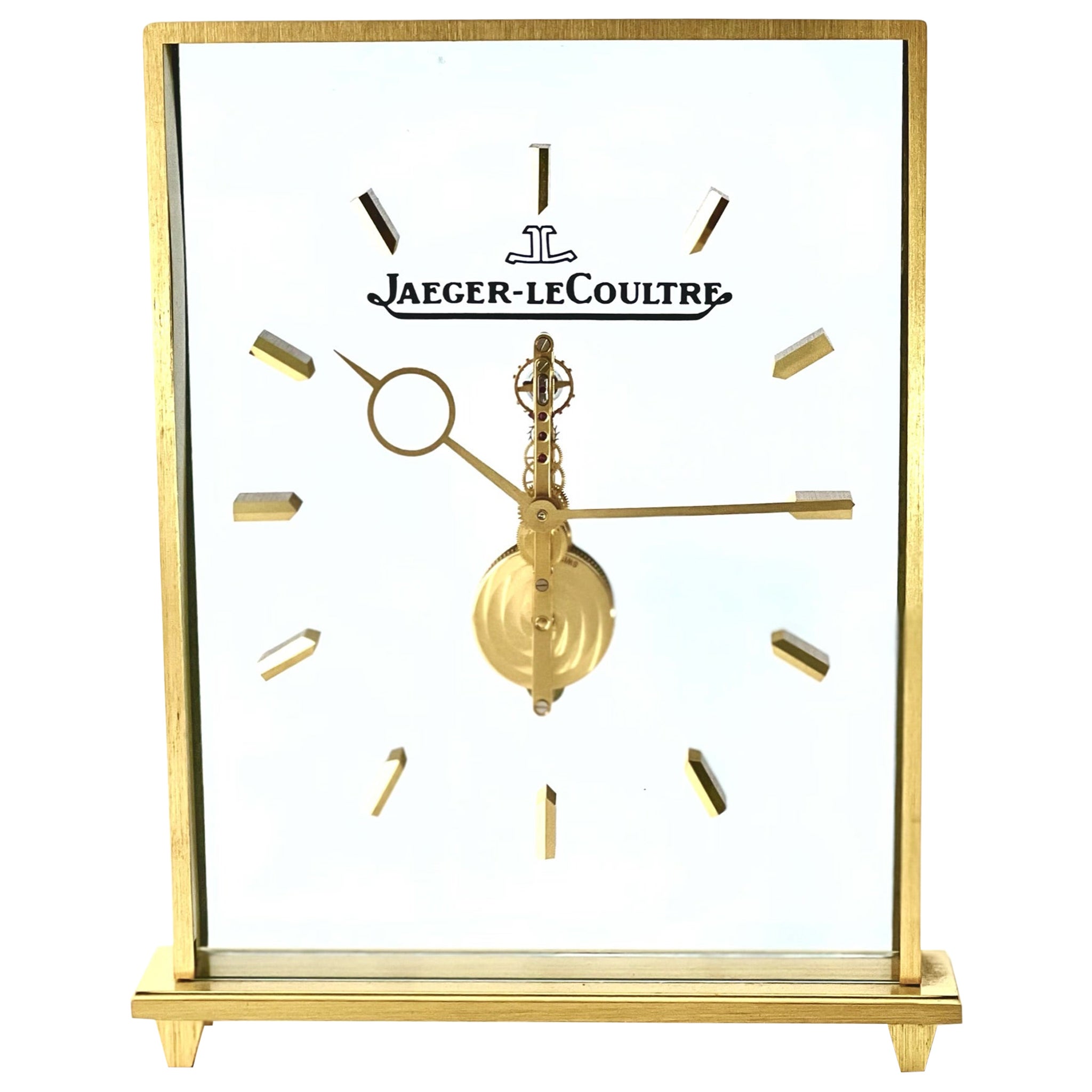 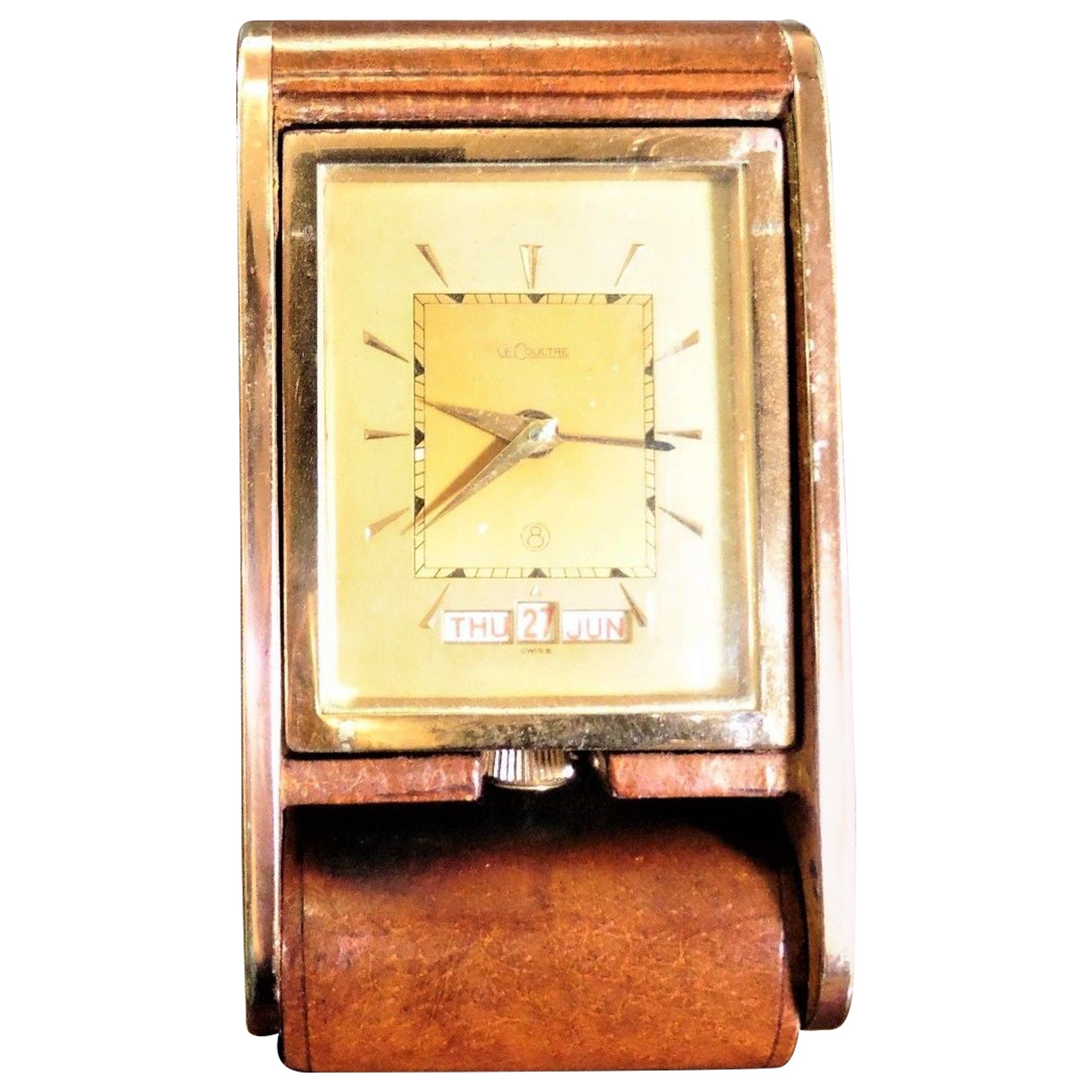 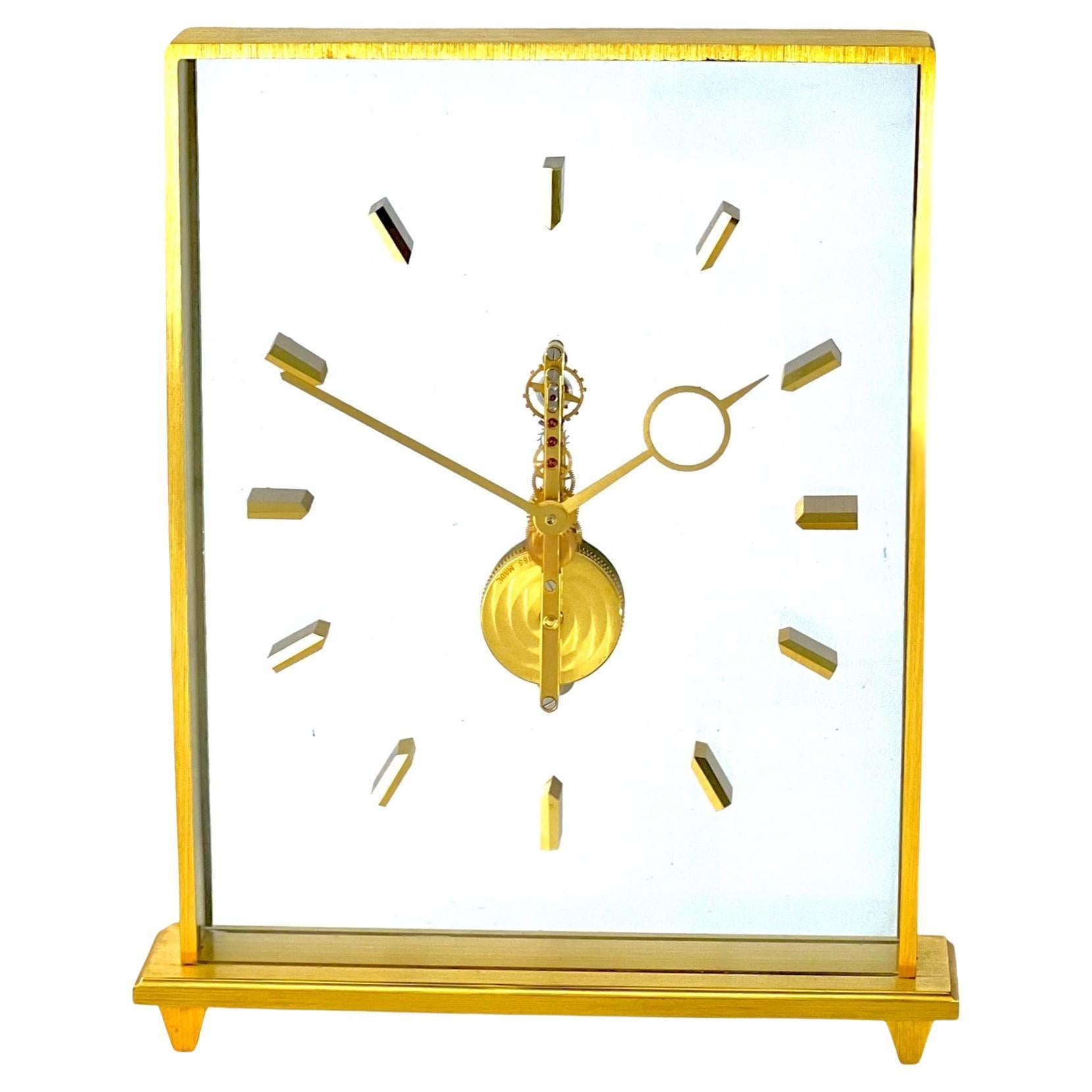 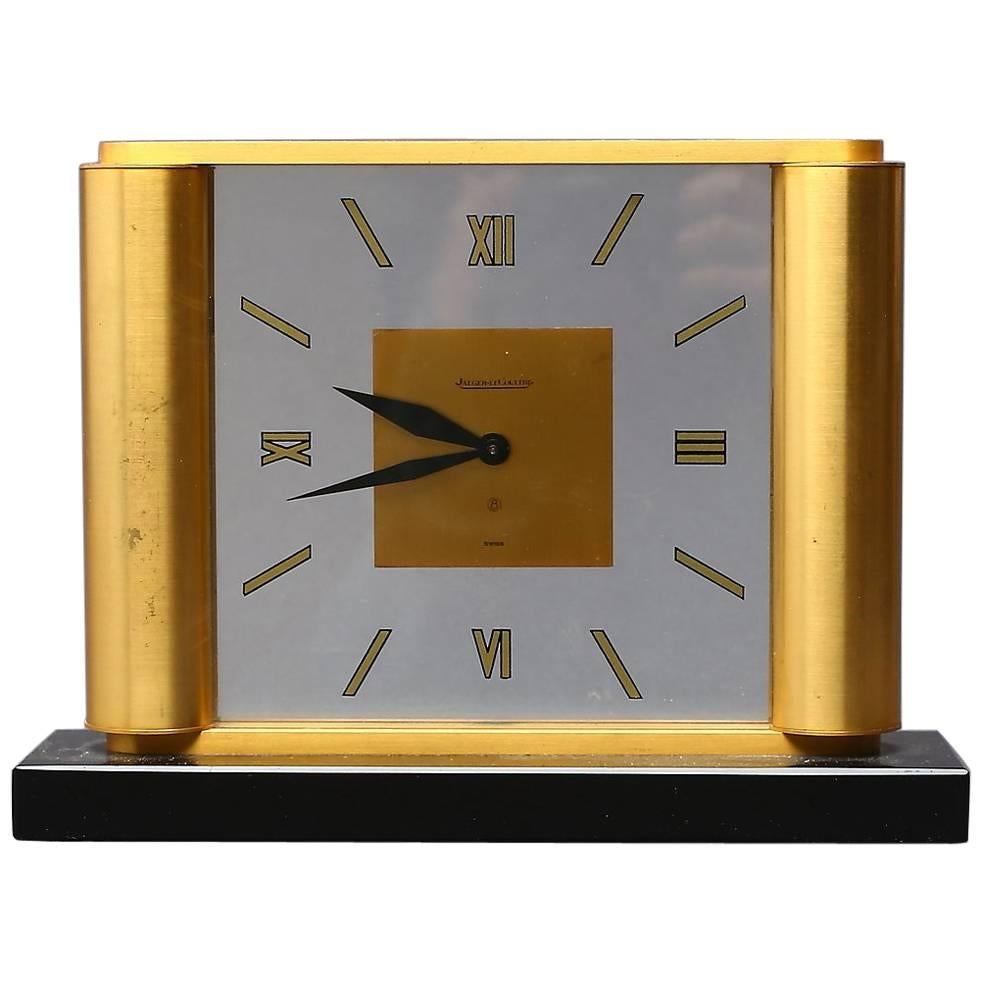 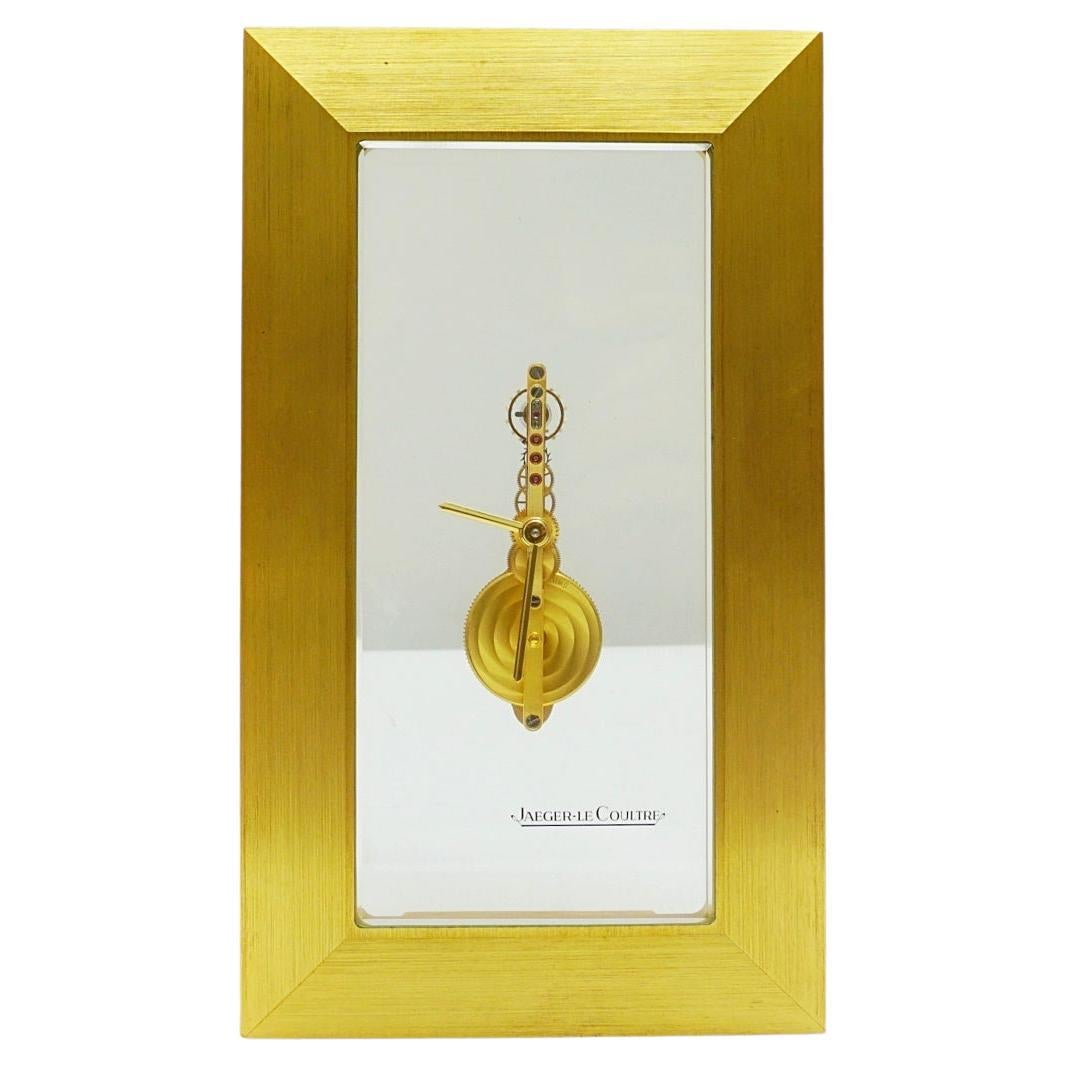 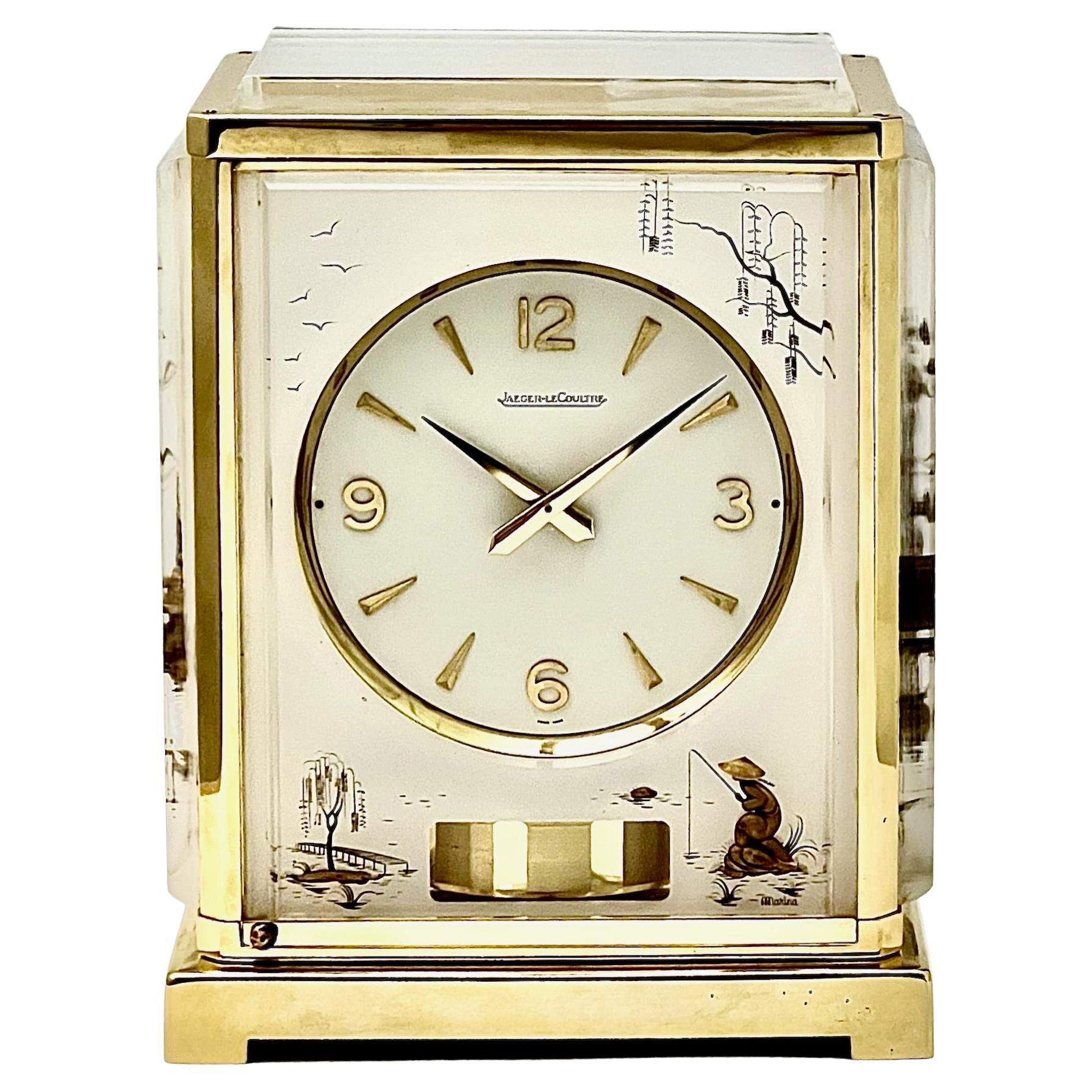 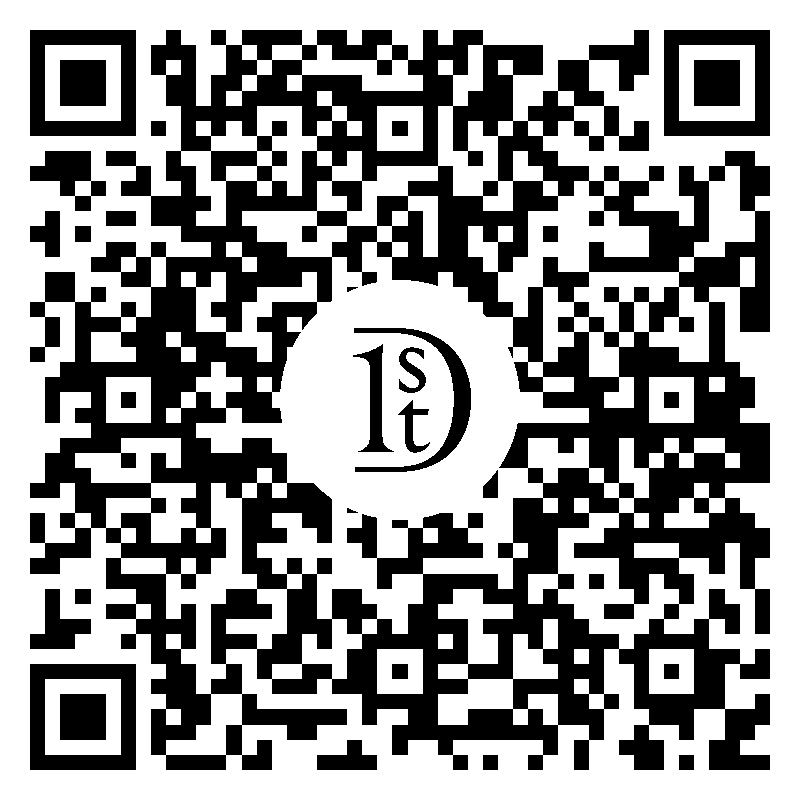 This wonderful Clock was made by Jaeger Le Coultre and retailed by Hermes. It has the famous inline movement. We have never seen this clock with the blue face before. 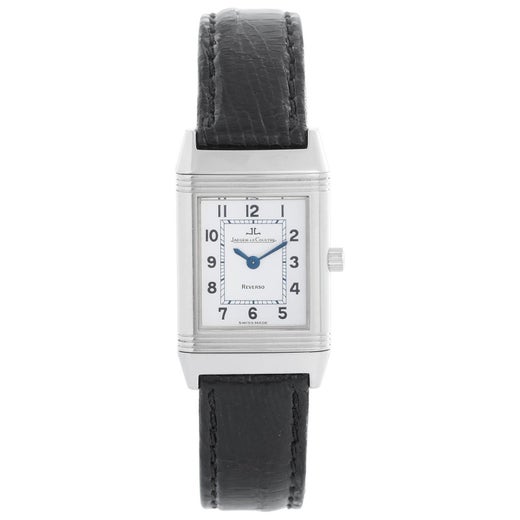 The exquisite art of watchmaking is on display in the distinctive designs of Jaeger-LeCoultre. The Swiss manufacturer is celebrated for its striking Art Deco–era antique clocks, while its range of sumptuous luxury watches spans the gamut of modern design, each one a time capsule of its period.

Jaeger-LeCoultre was established in 1833 by watchmaker Antoine LeCoultre in the Vallée de Joux of the Swiss mountains. LeCoultre was also an inventor who, in 1844, created the millionomètre. As the first instrument to measure thousandths of a millimeter with total accuracy, it refined the meticulous watchmaking process. By 1866, LeCoultre's son, Elie LeCoultre, took over the business. He revolutionized watchmaking by bringing all 180 skills involved in the trade into one workshop: LeCoultre & Cie Manufacture.

By 1903, the company had passed to Antoine LeCoultre's grandson, Jacques-David LeCoultre. He created a signature line of ultra-thin watches in partnership with Edmond Jaeger, a French watchmaker who specialized in flat watch cases. In 1907, Louis Cartier signed a contract with Jaeger so that Cartier would have movements for its popular timepieces produced exclusively at LeCoultre in Switzerland. This era saw the debut of Cartier’s Santos as well as its Tank watch.

Watchmakers at Jaeger-LeCoultre began to experiment with the Art Deco style that had encompassed the 1920s and the 1930s. At the time, there were many influences that led to the creation of Art Deco jewelry, while the cases of Art Deco clocks featured architectural details and saw an integration of materials such as brass, glass and marble. Iconic Jaeger-LeCoultre designs from this era include the 1928 Atmos clock and the Reverso watch. Stylish and practical, the coveted Reverso watch features a case that you can flip to protect the watch face.

During the 1950s and '60s, Jaeger-LeCoultre watchmakers continued the manufacturer’s tradition of prioritizing practical reliability. In 1958, the company introduced the robust and durable Geophysic watch collection. The Memovox Polaris, an alarm-equipped dive watch one could wear underwater, followed in 1968.

The best-known timepiece in the company's modern collection is the Master Control watch, unveiled in 1992. It symbolizes a return to the thin style and performance-first ethic of classic Jaeger-LeCoultre. In 2018, the watchmaker also launched the Polaris collection. Inspired by the original Memovox, the series features a sporty, elegant and contemporary look.

More From This SellerView All
You May Also Like