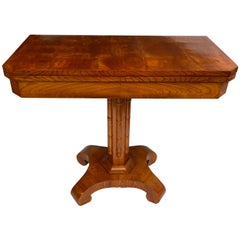 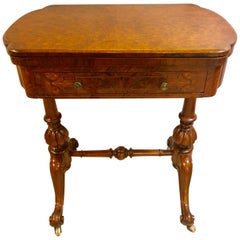 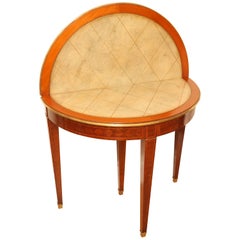 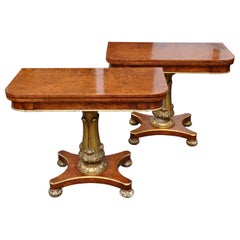 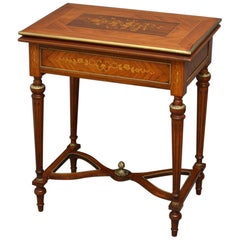 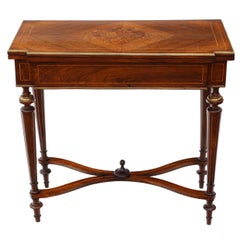 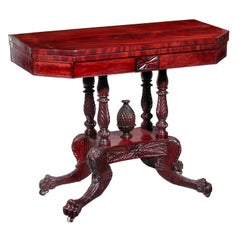 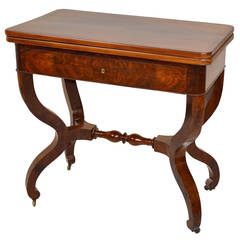 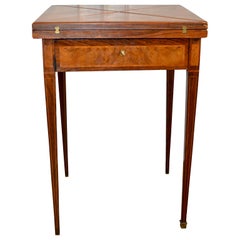 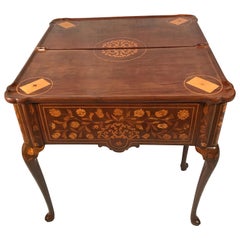 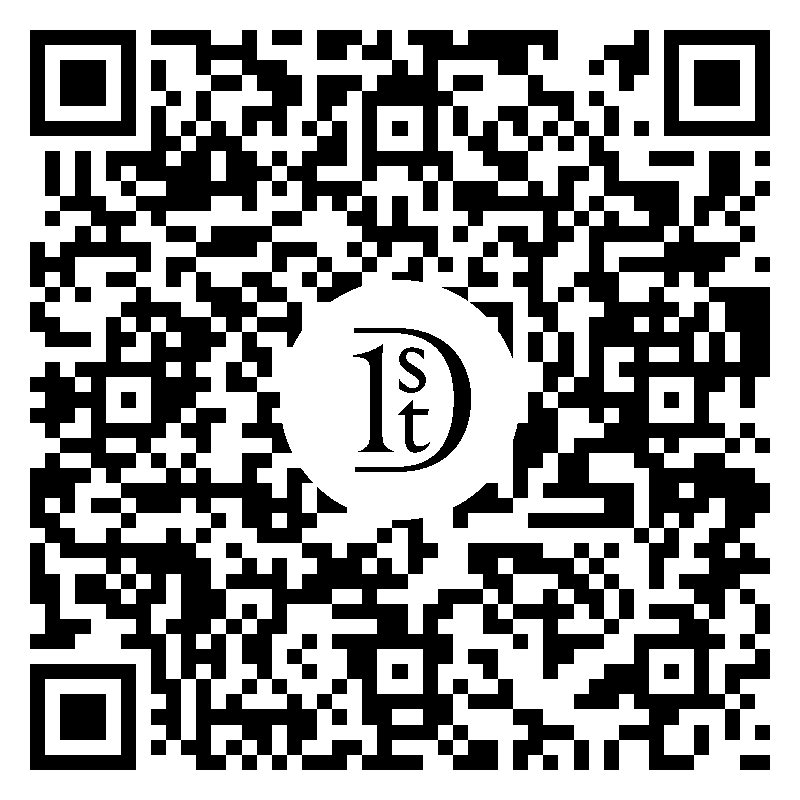 Elegant burl walnut, leather, and faux bamboo square card or game table by Drexel. Table has excellent lines and detailing. Leather top is accented with a gold motif. Table would be excellent in a Hollywood regency, transitional, or Mid-Century space. There is some slight wear to the leather consistent with age and use.


Siebe Baker and business partner Henry Cook founded the original iteration of Baker Furniture Company in 1890 in Allegan, Michigan, after immigrating to the United States from the Netherlands. Allegan is a small town west of Grand Rapids, which, at that time was home to Widdicomb Furniture Co. and more and known as America’s furniture capital. The company manufactured doors and interior moldings, and introduced a combination desk and bookcase in 1893. In the early 1900s, Siebe became sole owner of the business. 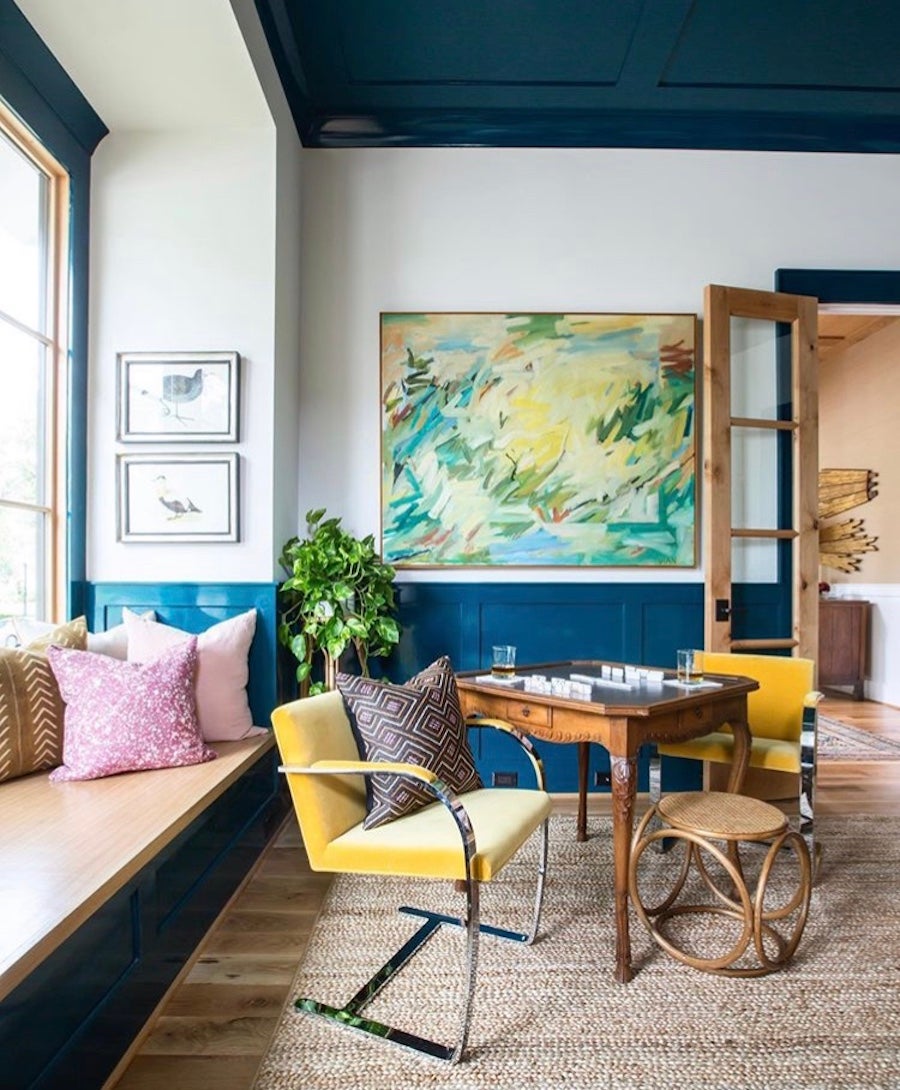 About the Seller
5 / 5
Located in Houston, TX
Platinum Seller
These expertly vetted sellers are 1stDibs' most experienced sellers and are rated highest by our customers.
Established in 1969
1stDibs seller since 2014
510 sales on 1stDibs
Typical response time: 1 hour
More From This Seller
View All From Seller

$3,450
Pair of Regency Amboyna and Parcel-Gilt Card Tables by Morel and Seddon
By Morel & Seddon
Located in Essex, MA
Category