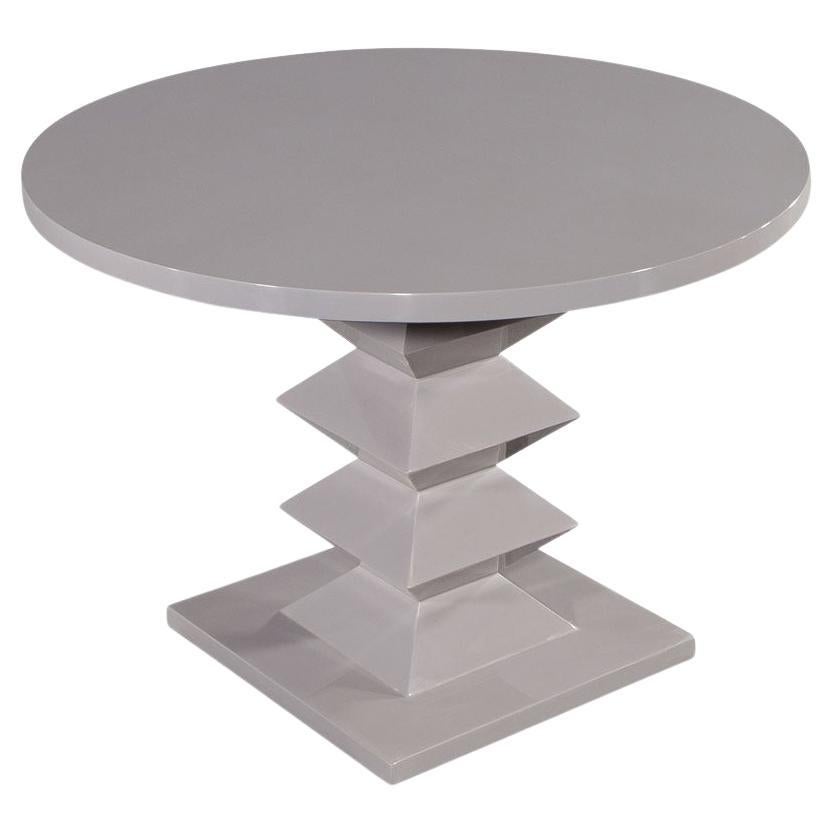 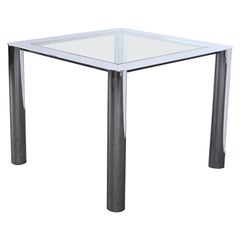 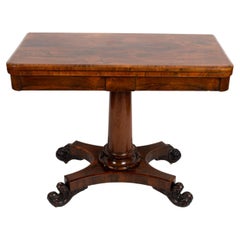 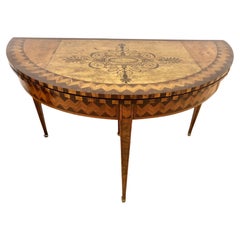 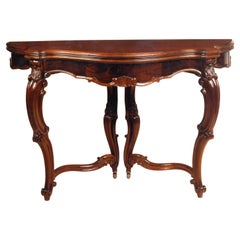 Art Deco Side Table from Paris around 1925

1800s Georgian Solid Mahogany Accent Table
Located in Germantown, MD
Antique solid mahogany occasional table with waved legs and unique top shape. We noticed that a leg has been repaired at some point, but apparently not noticeable to our opinion.
Category

Italian Green and Parcel-Gilt Carved Tassels Tea Height Table
Located in Chicago, IL
Shaped like a squared-off oval, this table is carved of wood, including tassel ornamentation and hoof feet crested with acanthus leaf trim. Painted a lovely teal blue-green, with an ...
Category

Midcentury White Plastic and Metal Chrome Italian Bar Cart Oval, 1950s
Located in Roma, IT
Very rare midcentury bar cart in white plastic and chromed metal. This piece is in very good condition, was designed in Italy during the 1950s. A wonderful piece that will complet...
Category

Natural Wood Rectangular Coffee Table Bodega Collection by Joel Escalona
By Joel Escalona
Located in Estado de Mexico CP, MX
The depth of one object goes beyond its dimensions. Natural Patterned wood rectangular coffee table is a furniture piece that by its material and finish simulates the three-dimensio...
Category

Kartell Battista Trolley in Black by Antonio Citterio & Oliver Löw
By Glen Oliver Löw, Antonio Citterio, Kartell
Located in Brooklyn, NY
Besides being a practical trolley with a striking combination of plastic and metal components, Battista is an all-out extendible and folding table, ideal for buffets and aperitifs or...
Category

Oslo Round Dining Table in Ash by Studio Moe
Located in Portland, OR
Begin your day with clarity. The clean modern lines of our handcrafted Oslo round dining table will bring focused attention and ambience to your kitchen nook, or bustling neighborhoo...
Category

Oslo Round Dining Table in Ash by Studio Moe

Jour Geometric Jali Side Table in Rainbow Stone by Paul Mathieu
By Stephanie Odegard Collection
Located in New York, NY
Inspired by the elegant pierced marble “Geometric jali” screens and windows he saw in the palaces of Mughal India, the renowned designer Paul Mathieu has created a unique collection ...
Category

Early 19th Century Game Table, South German, 1810-20
Located in Belmont, MA
This unique game table dates back to the early phase of the Biedermeier period. It comes from Southern Germany. The game table has a beautiful walnut root veneer on top and apron. ...
Category

Hand Painted Tea Table with Faux Grain Marble Top
Located in WEST PALM BEACH, FL
This is a hand painted tea table that can be used in a variety of places in ones home. Beautifully painted with a faux grain marble top.
Category

21st Century Pedestal Table Sun Ice, Pewter Brass Resin - Xavier Lavergne France
By Xavier Lavergne
Located in Paris, FR
Made in France: On a galactic crystal pedestal, made of the clearest resine, this contemporary pedestal table is a unique piece, created by Xavier Lavergne and sold with its authenti...
Category

Bar Table 'DING' Made of Concrete and Aluminum 'White'
By Bentu Design
Located in Paris, FR
'DING' is a collection of tables: coffee / side tables, dining tables, bar tables. The base is in concrete and the structure and to top in aluminum (black or white). by Bentu desi...
Category

Bar Table 'DING' Made of Concrete and Aluminum 'White'

Mid-20th Century Cocktail / Tea Table from Hotel Ritz Paris
By Acme Photo
Located in Brenham, TX
Hotel Ritz Paris reopened in 2016 after a four-year, $450 million upgrade to the designation "Palace" - the highest standard in the world for a hotel. In the years that followed the ...
Category

Today, the phrase “card tables” might evoke the image of common plastic tables covered in felt, but historically these tables were statement pieces that invited merriment and were made of mahogany, walnut or other fine woods. Today, antique and vintage card tables and tea tables can enliven a space and encourage spirited competition in your home.

Card tables originated in England in the late 17th century, and during this time, as well as the 18th century, game tables in general became quite popular. We refer to early versions of card tables as antique Regency card tables because the Prince of Wales ruled England during the period and his official title was Regent. Back then, these furnishings were typically small, rectangular tables outfitted with hinged tops so that they could be opened to reveal a playing surface. Ornamental flourishes of the era might have included an integration of fine velvet or needlepoint as lining for the table’s surface. For furniture makers, wide adoption of a dense woven green material called baize for table covering — similar to felt but stronger — occurred during the early 1700s.

Tea became widely affordable during the early 1800s in England, and tea time exploded in popularity and involved large tea sets — especially during the Victorian era — as well as small, well-crafted tea tables. Your beverage was paired with petite baked goods, and the tea table would be home to teacups, saucers, a milk pot and other items. While tea tables are similar in design to card tables, the focus is more on presentation. Georgian card tables and tea tables — furniture made during the reign of England’s three Georges — were especially ornate. Some featured intricately carved design elements on each side and stood on elegantly curved legs. After all, tea time became a sacred ritual that society women dressed up for. It was a time to pause, reflect and sip a comforting beverage.

When no guests were visiting to enjoy tea or play games, owners could fold down both card tables and tea tables to their smaller size and tuck them away into a corner of the room.

Antique and vintage card tables and tea tables can make a lovely addition to any living room, entertainment room or game room. Find yours on 1stDibs.