In a nod to Halloween, we've rounded up 19 shadowy spaces that straddle the line between chilling and chillingly beautiful.
by 1stDibs
Pin
Share
Tweet
Email 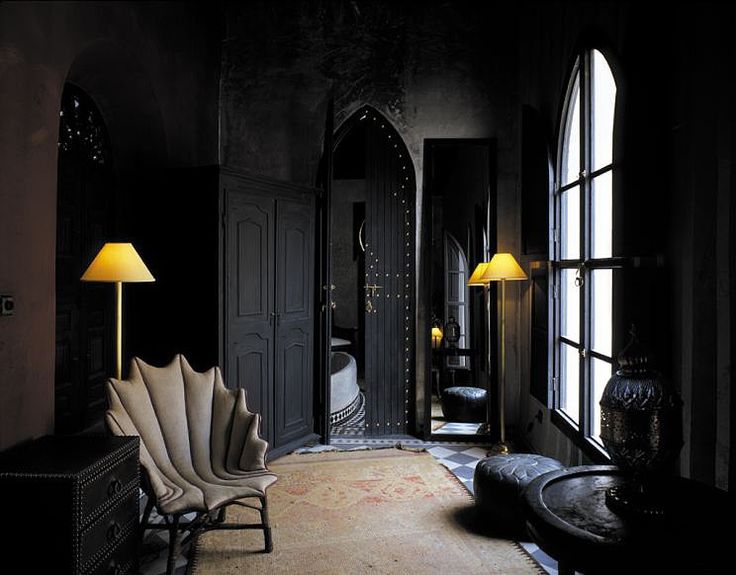 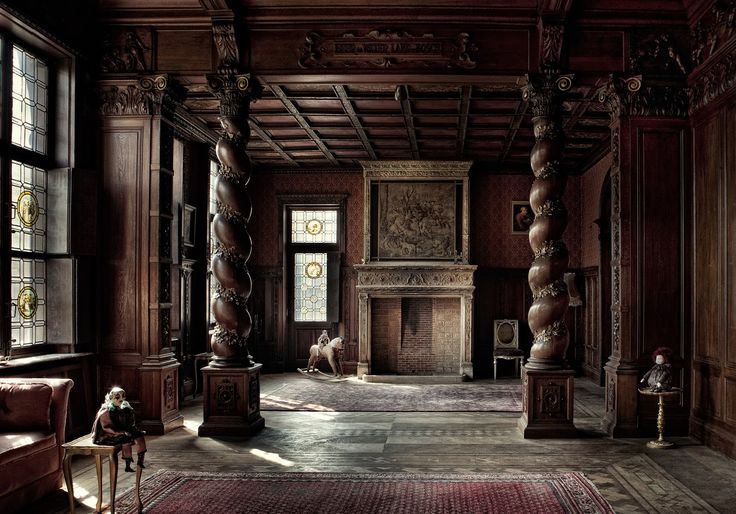 In an abandoned Belgian townhouse, a coffered ceiling and extensive, intricate wood carvings — accessorized only with antique dolls — create an atmospheric, eerie vignette. 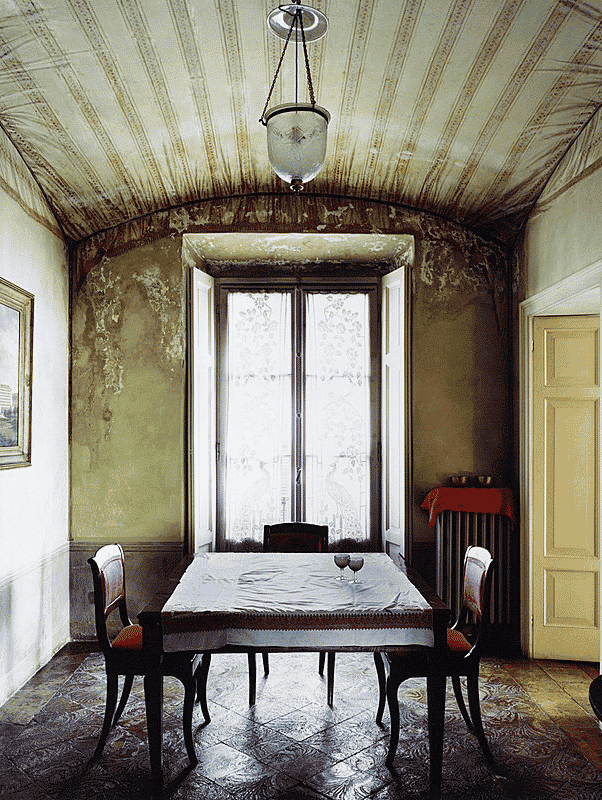 In his Milan dining room, interior designer Roberto Peregalli used a trompe l’oeil tent to cover the ceiling but left visible water damage stains on the wall. The effect is one of moody, stylized abandonment. 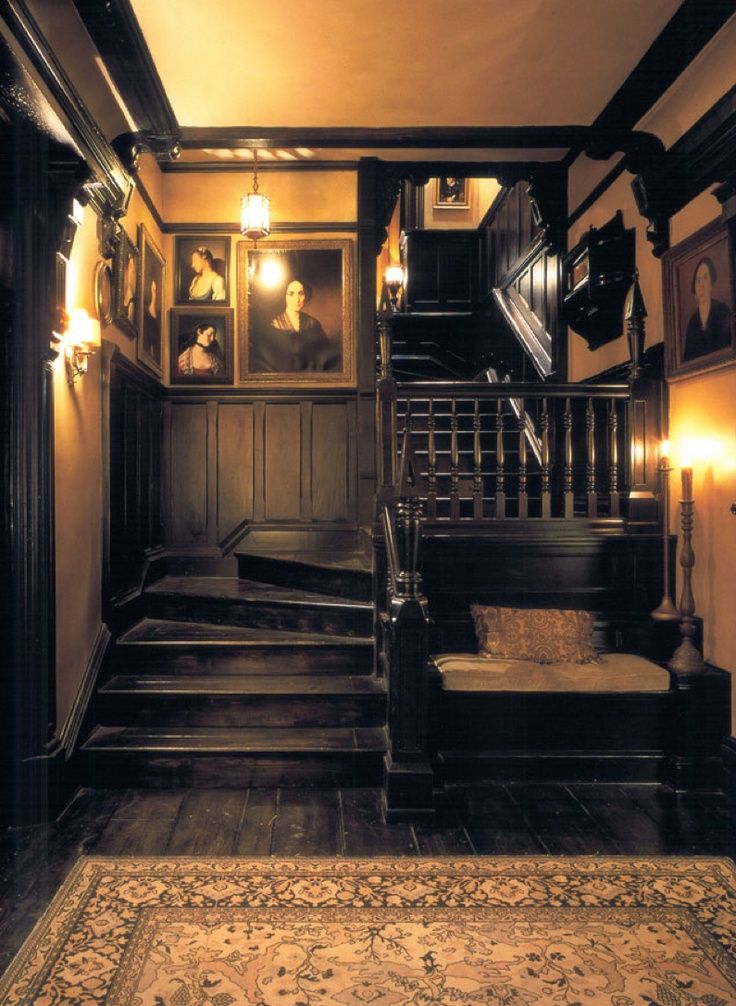 For the late-1990s film “Practical Magic,” the decidedly A-list design duo Roman and Williams built and decorated a Victorian-inspired home. The home’s dark, candlelit interiors were modeled on East Coast lighthouses — and perfectly suited to host a coven of fictional witches.

Photo via Roman and Williams. 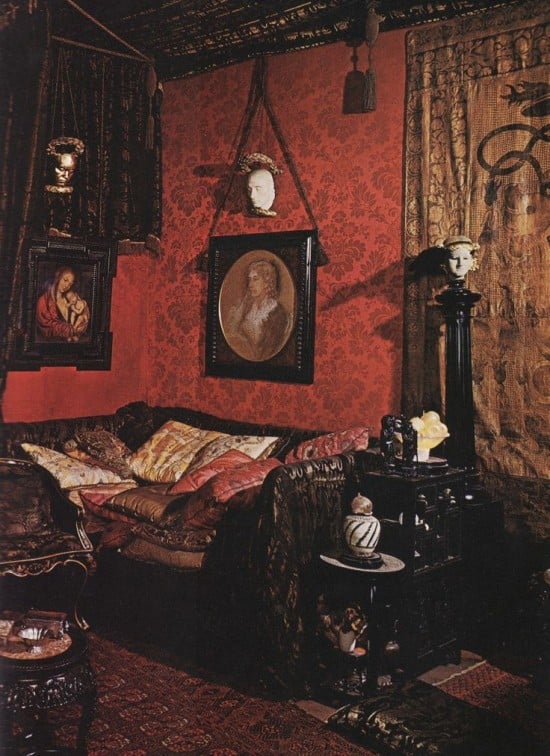 Above, a room from Il Vittoriale degli Italiani, the northern Italy home of Gabriele D’Annunzio, the controversial writer and politician of the early 20th century. D’Annunzio referenced Dante’s allegory in designing his home, filling it with an appropriately macabre mix of objets including death masks, taxidermy and coffins. Today the property is a museum. 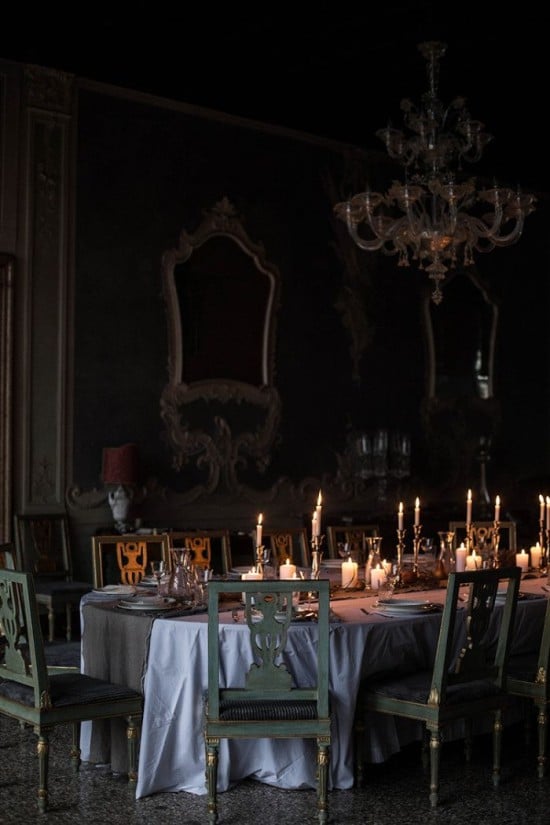 Terrazzo flooring and frescoed walls provide the perfect backdrop for an atmospheric, candlelit table inside a centuries-old, unnamed Venetian palazzo.

Photo  by Skye McAlpine via From My Dining Table. 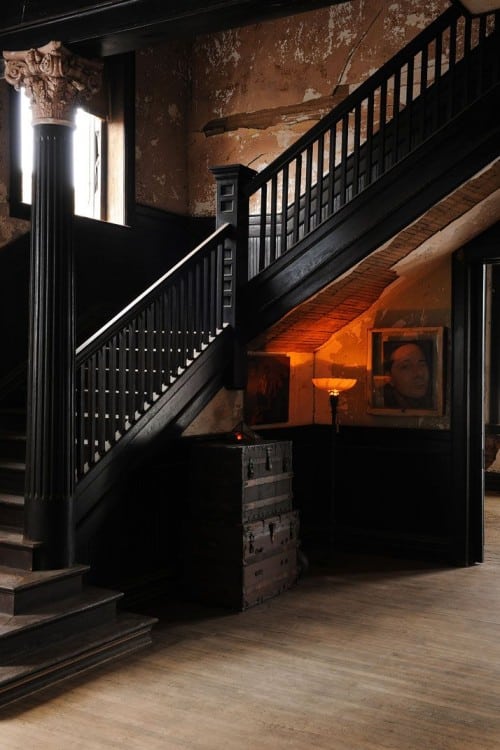 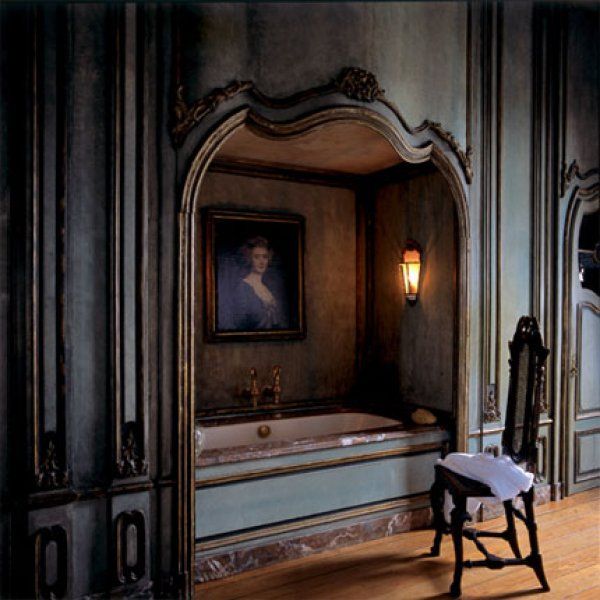 At Axel Vervoordt’s Belgian château, baths are drawn in an intimate alcove adorned by Italian 18th-century boiserie. Nearby, an antique Baroque chair faces a portrait — attributed to Thomas Gainsborough — depicting one of King George III of England’s nine daughters. 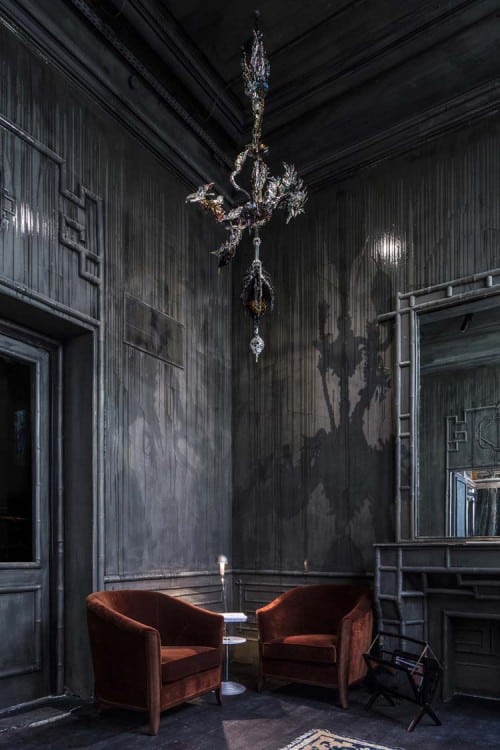 Photo by Paul Raeside via superfuture. 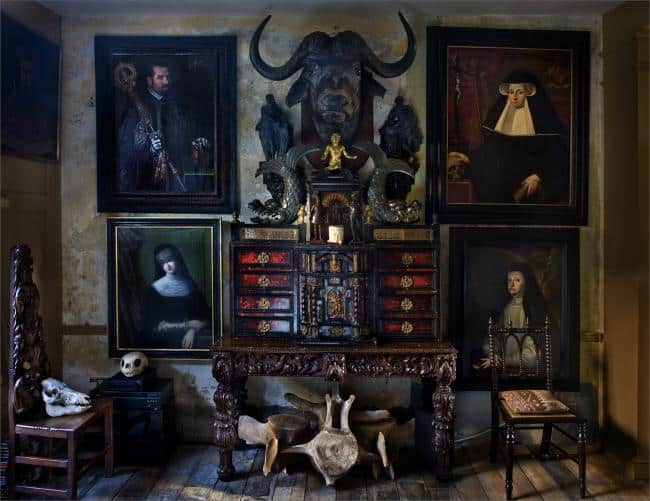 London’s historic Malplaquet House is widely regarded as one of the city’s most unusual residences: the 18th-century Georgian mansion is a cabinet of curiosities in the truest sense, filled with objets that include human skulls, taxidermic dachshunds and ancient Egyptian religious relics. 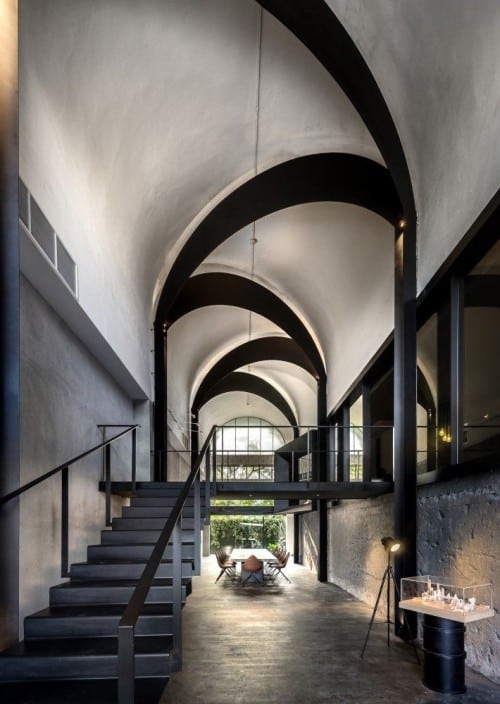 For their headquarters in Singapore, architecture firm Park + Associates used a series of black-rimmed barrel vaults to lend an air of severity to a converted schoolhouse building.

Photo by Jordan Lewis via ArchDaily. 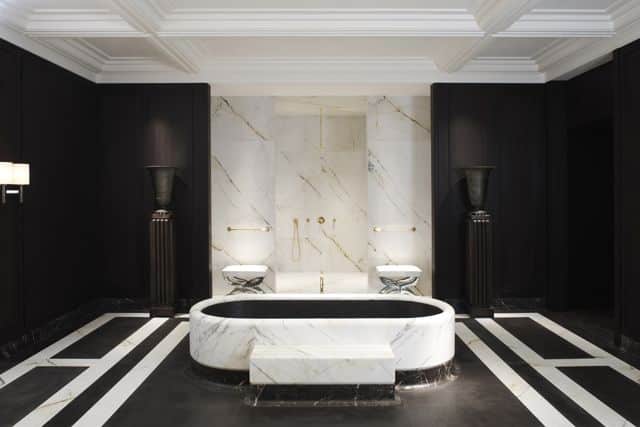 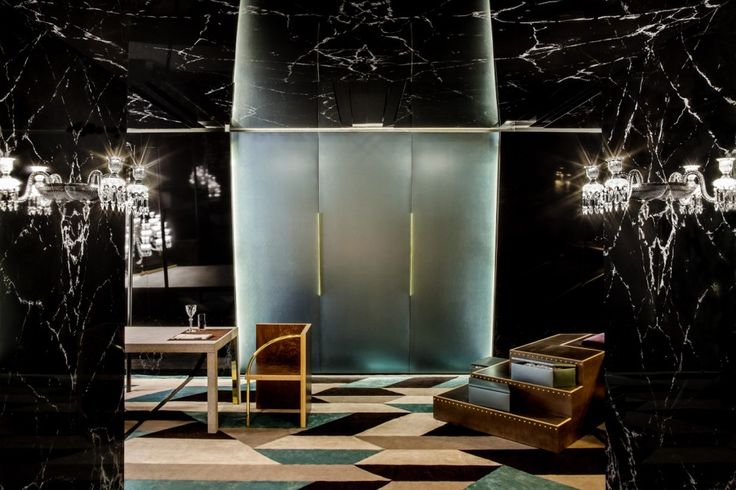 Photo via Architecture at Large. 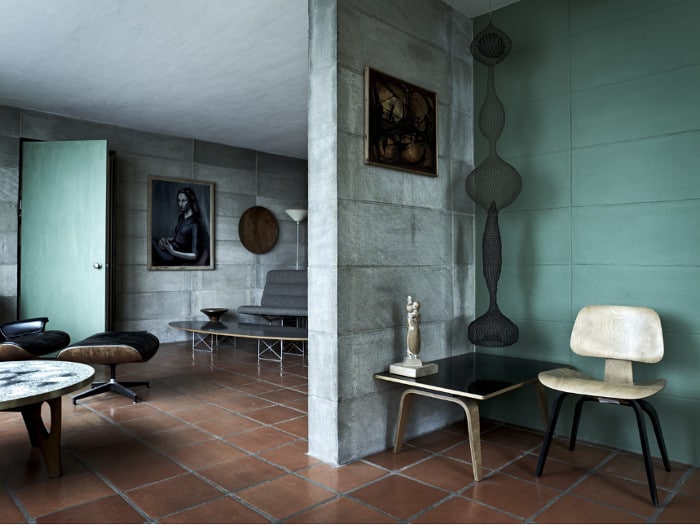 A specter of modernism. The typically cheerful silhouettes of an Eames molded plywood chair and lounger take on a darker character when contextualized alongside brooding portraiture and an ectoplasm-like Ruth Asawa sculpture. 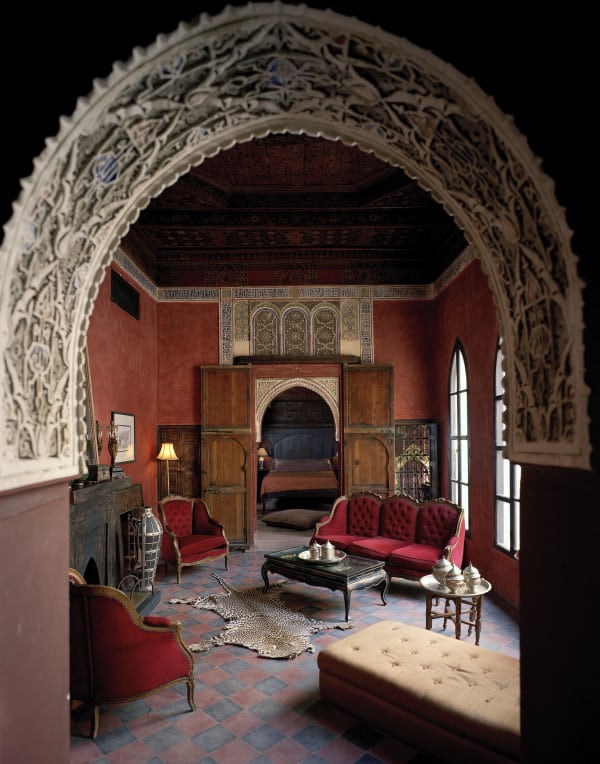 Another atmospheric image from the Riad Dar Darma. 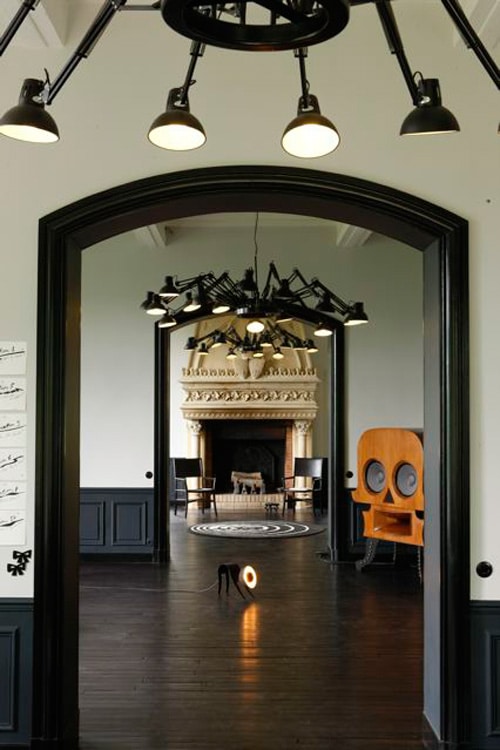 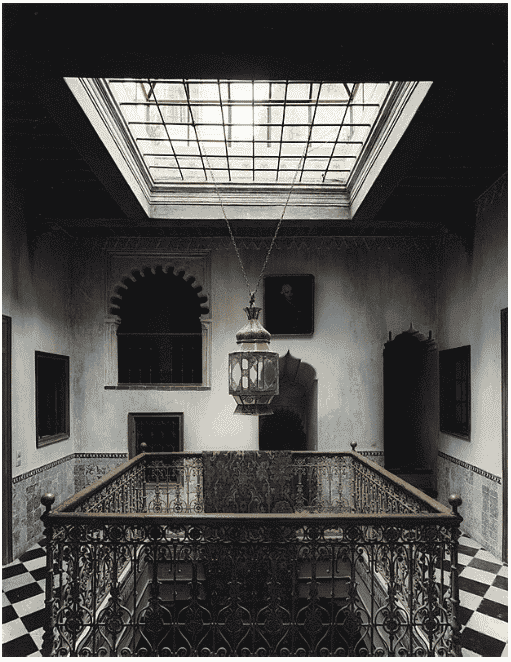 Roberto Peregalli built his home in Tangier, Morocco, within the shells of several abandoned houses. “It’s what a European in the 19th-century would imagine an old Moroccan house would look like,” he says. The filtered light within the covered courtyard, lined with 18th century tiles, has a spectral quality.

Photography by Simon Watson for W. 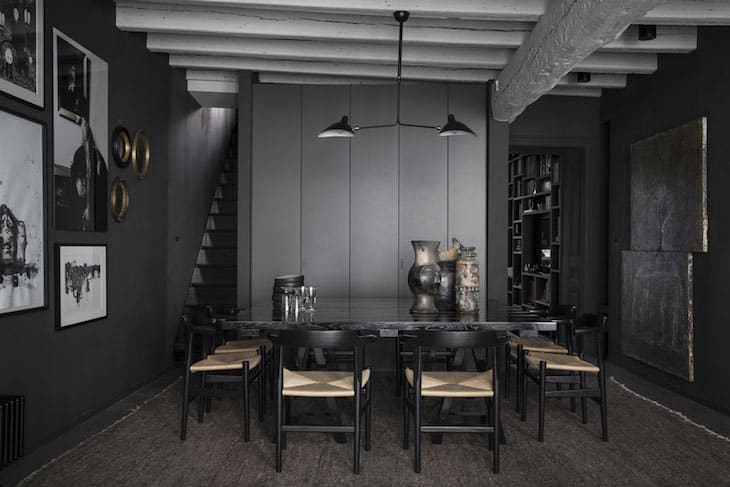 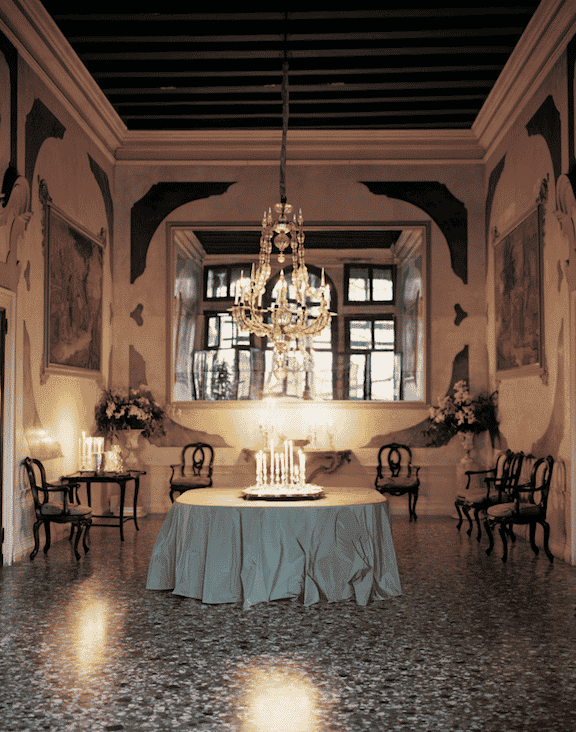 In his Venice, Italy, apartment, Axel Vervoordt uses negative space, an 18th-century Venetian chandelier and a grandly proportioned antique mirror to lend a haunting beauty to the home’s dining room.