3 Interior Designers Strip Decorating Down to Its Essentials 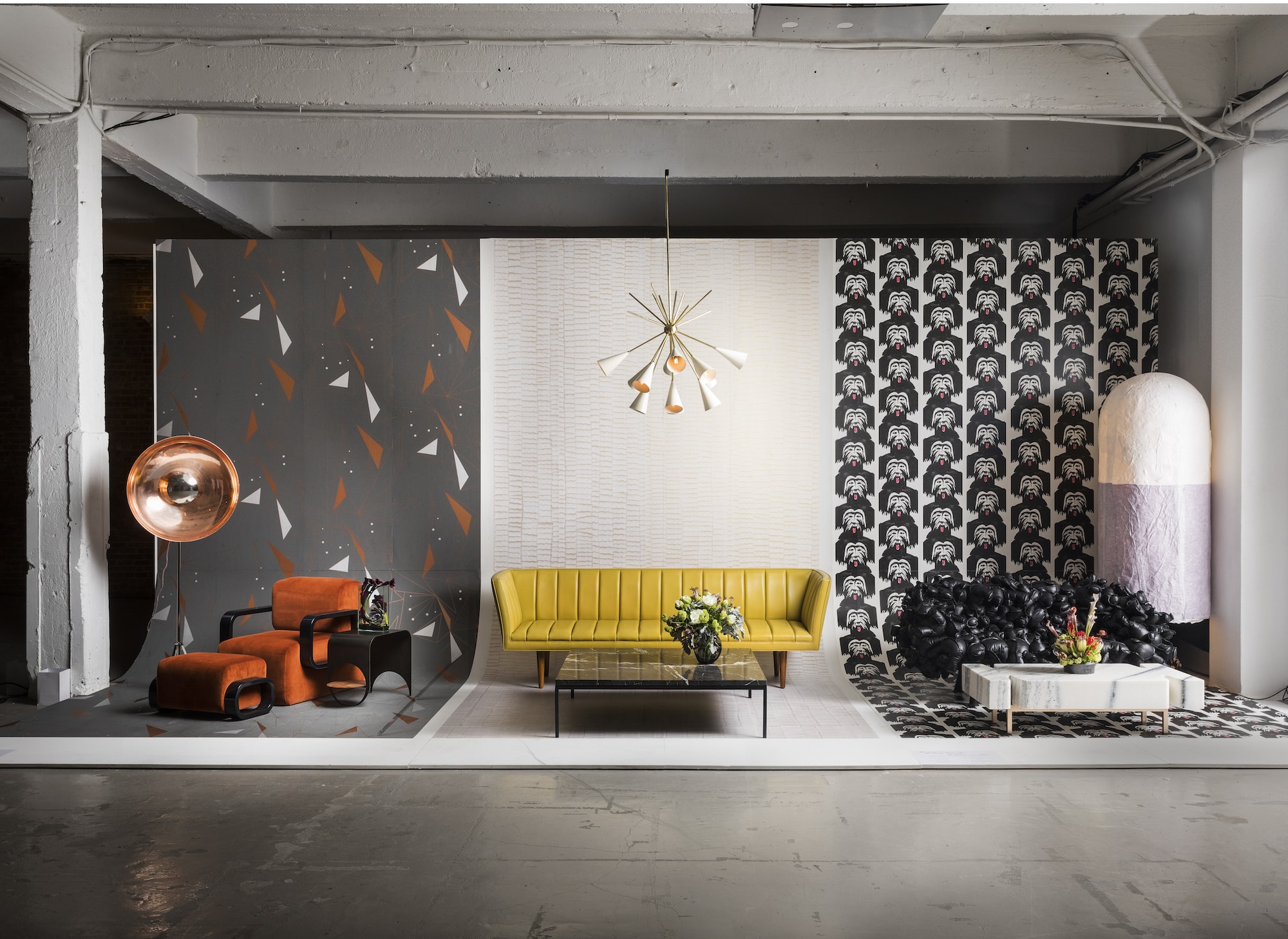 Last week, as the design world descended on Manhattan to check out the overwhelming array of new fixtures and furnishings at ICFF, 1sdibs asked three interior designers to build something serene inside an airy West Chelsea photo studio.

We called the project “The Designers’ Muse,” and it came with a simple directive: Create the idea of a room using only a chair, a table, a light and wallpaper selected from our New & Custom offerings.

The vignettes that grew from those ingredients were surprisingly complex in their variety of shapes, colors and moods. Who says interior design isn’t an art form? 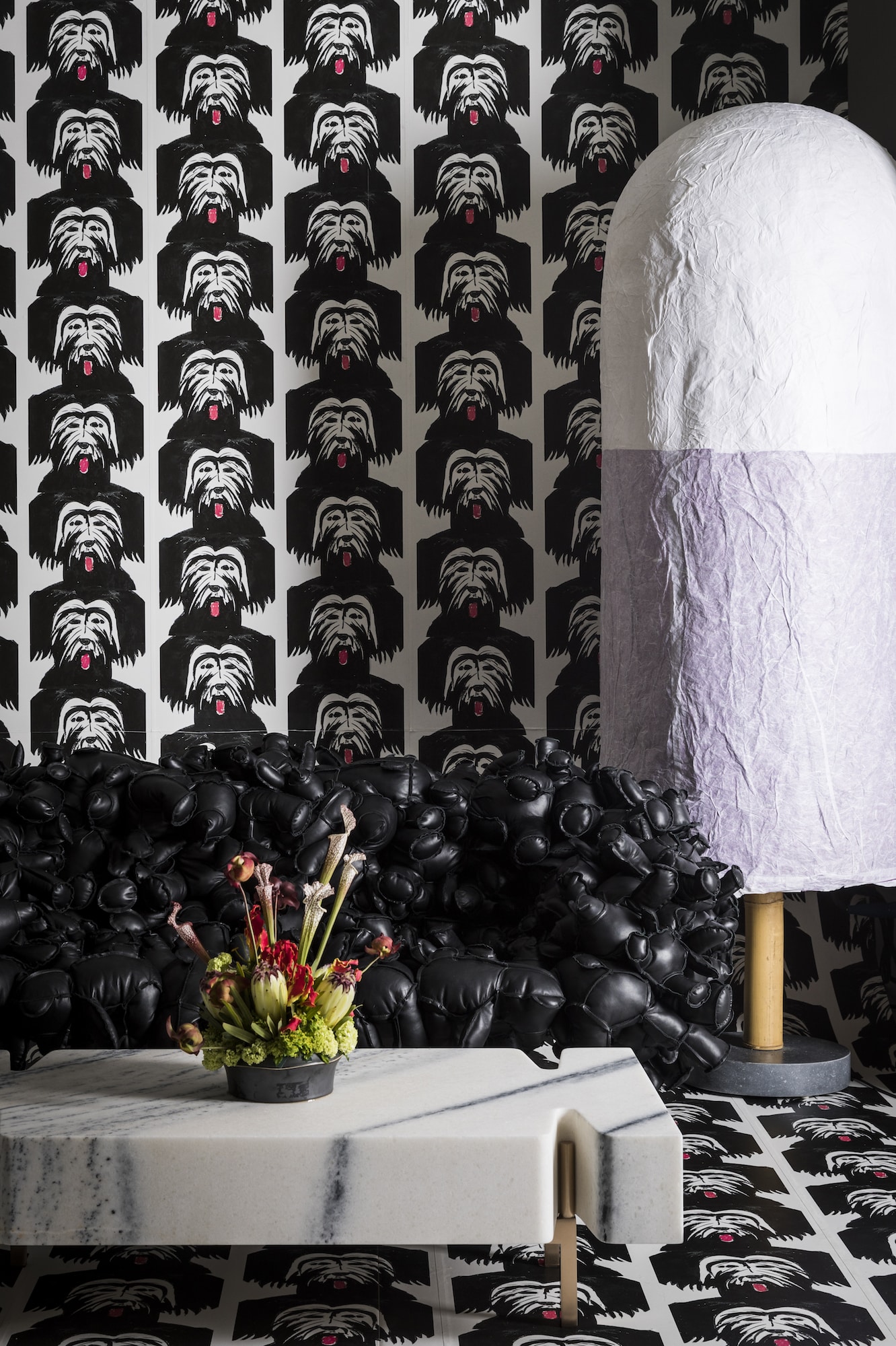 Ernest de la Torre calls his installation “An Urban Playroom for the Future Collector,” and it’s as weighty as it is fun. The centerpiece here is Fernando and Humberto Campana’s teddy-bear sofa, whose black leather cladding brings a sadomasochistic edge to what would otherwise feel a bit kiddie.

The curious couch is offset by the lightweight materials, bright colors and sheer verticality of Andrea Branzi’s rice-paper Lamp (resembling a giant popsicle), as well as the grounding force of a white marble Terranova coffee table by KGBL.

But the backdrop just might steal the scene: That’s Alex Katz’s Sunny wallpaper, produced by Maharam, a repeating portrait of the artist’s furry-faced dog with its red tongue sticking happily out. 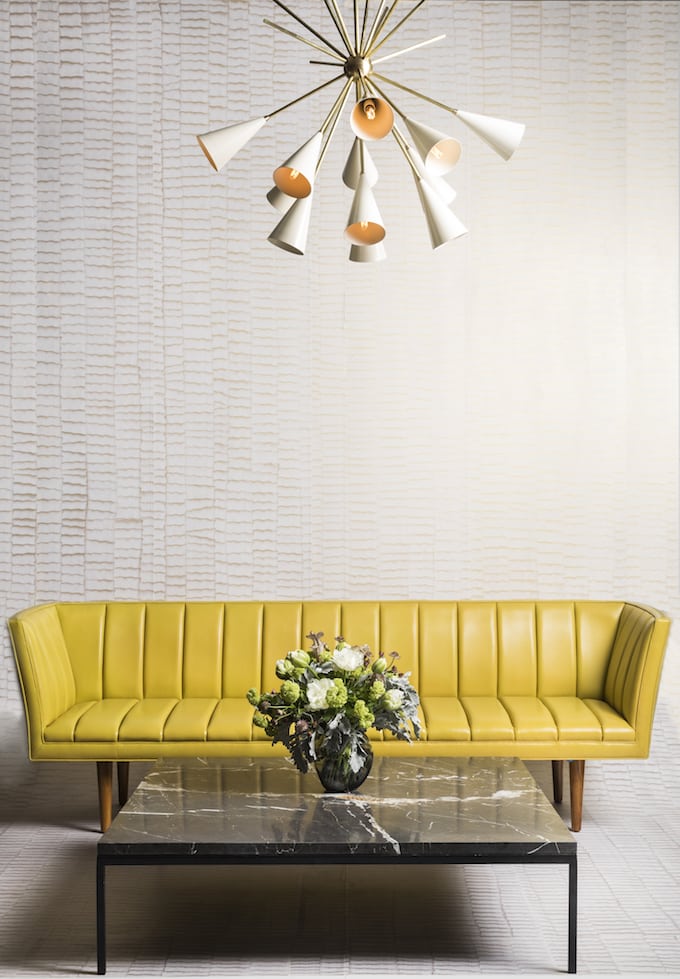 Compared to the giddy maximalism of de la Torre’s display, Shawn Henderson’s feels sleek and neutral. “I was inspired by the Barcelona Pavilion by Mies van der Rohe and the use of clean-line architecture and marble walls,” Henderson says.

In fact, it’s hard to believe that some of the furniture is not vintage. A buttery leather Famechon sofa by KGBL calls to mind the bouncy bench seats found in 1960s muscle cars, while Blueprint Lighting’s Grand Bouquet chandelier is like a mashup of Stilnovo‘s classic cone pendants and a Sputnik light.

Hand-painted Avra wallpaper by Sarkos adds visual fluidity to the vignette, and A Space’s black marble and steel cocktail table anchors it in strong-backed minimalism. 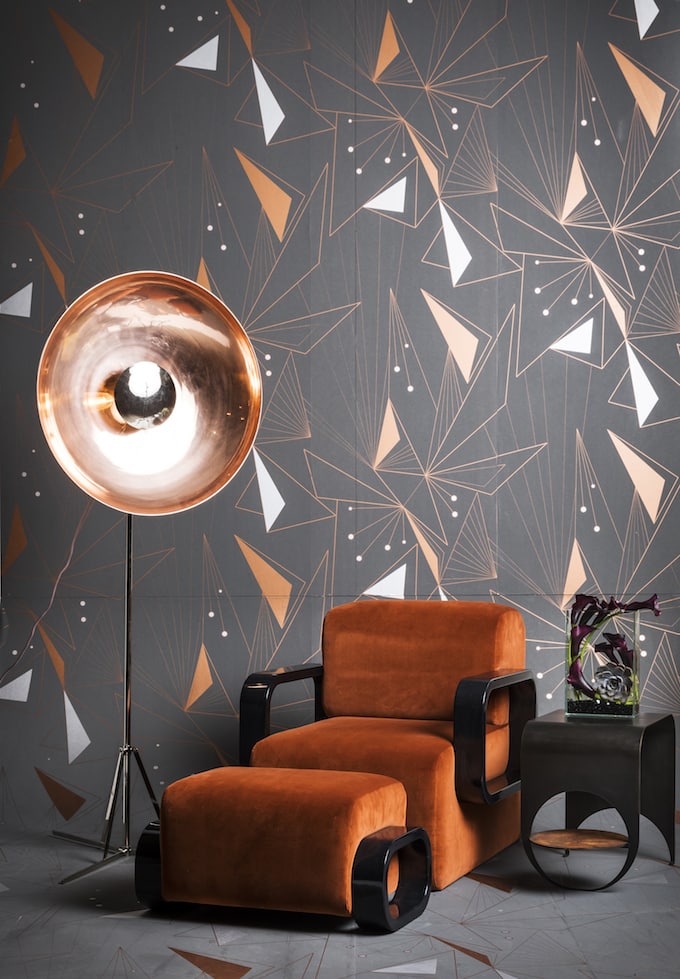 Finally, there’s Drew McGukin’s Neo Deco nook. McGukin was the only designer to use a chair and a side table. Here, Marie Burgos’s rust-toned Cayenne lounger looks like the perfect spot to kick back and read Introspective magazine under the coppery glow of Atelier Biagetti’s Parabola Oro Rosa floor lamp.

Next to the comfy chair is Kin & Company’s blackened-steel Thin Table 1, which would make for a nice place to set a dirty martini. Echoing all the warm, metallic tones is Michele Varian’s jazzy DecoPrism wallpaper. “The cornerstone of my vignette is about the intersection of shapes and materials,” McGukin says. 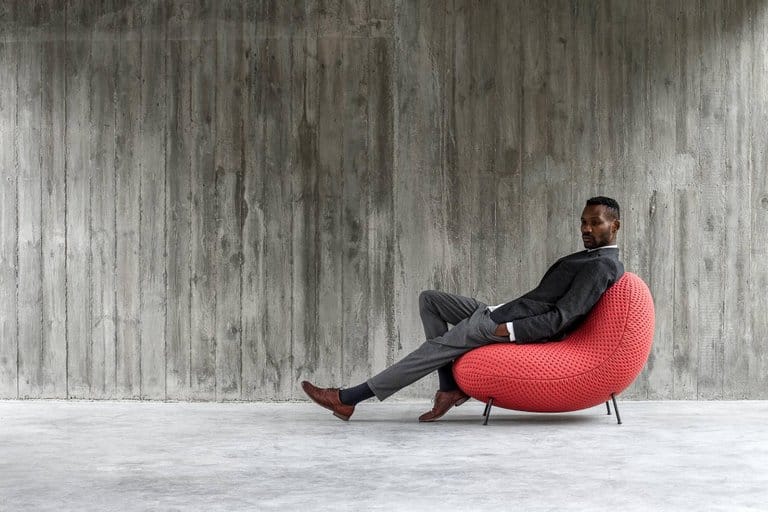