The man cave is a coinage with a decidedly negative connotation. It conjures up images of mismatched sofas, overstuffed armchairs and comically over-proportioned television sets clustered into a lightless room with a sub-standard approach to hygiene. Essentially, the man cave is an interior design term that refers to the absence of interior design.

But we’re here to address that syllogism. In an effort to correct against the perception that masculinity and thoughtful, refined interior design cannot co-exist, we’ve rounded up a gallery of 25 images that prove just the opposite. We’ve dubbed it the “Gentleman’s Cave.” The below spaces — which range from contemporary to traditional, and belong to men as diverse as James Bond and Norman Mailer — exemplify the qualities of our favorite men: strength, warmth, elegance and style. Scroll down to see the spaces. 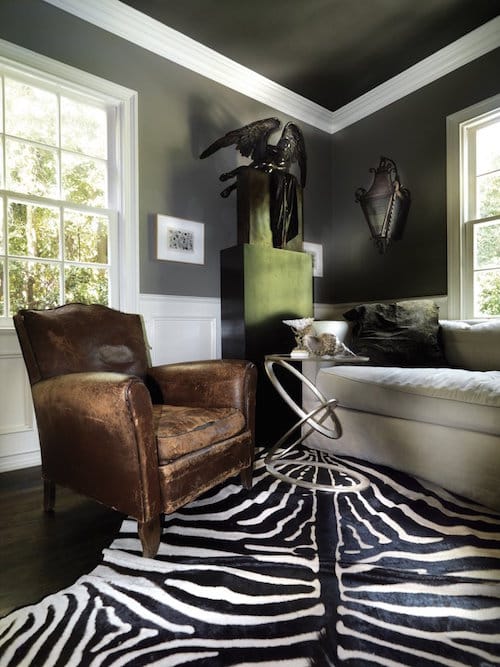 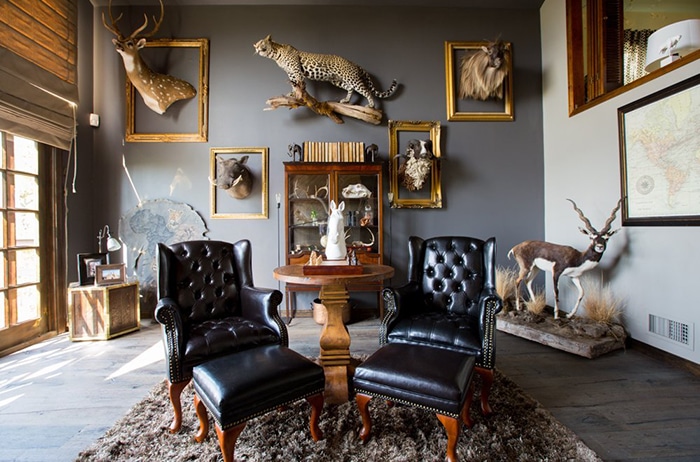 Taxidermy is used to spectacular effect in this Los Angeles home. Image via Apartment Therapy. 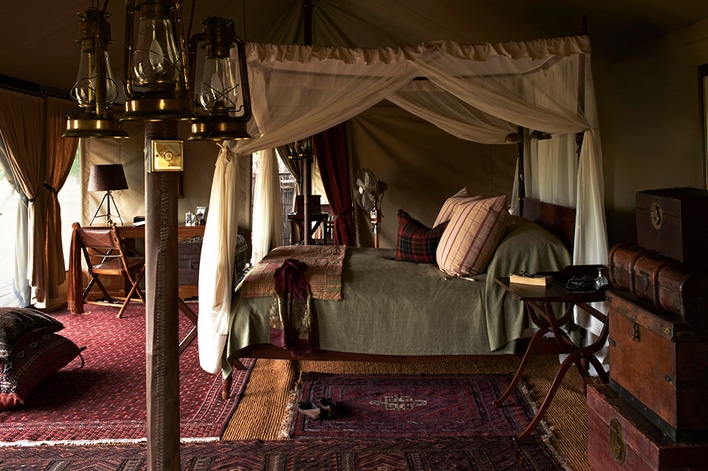 Designer Boyd Ferguson set out to emulate “Old World safari style and hunting camps of the 1920s” in this bedroom. See more in Introspective. 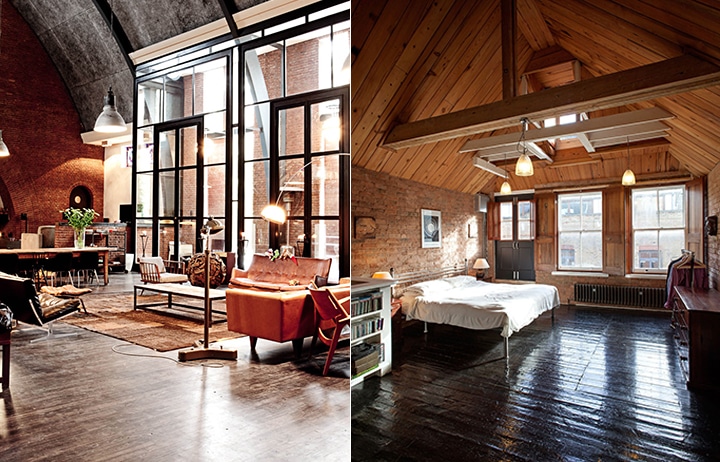 Left: Dutch designer Fons Cohen transformed a former Amsterdam church into a home for his family. Image via Trendland.

Right: British architect Chris Dyson preserved the industrial qualities of a former warehouse when he converted it to a residence in the Shoreditch neighborhood of London. Photo by Peter Landers. 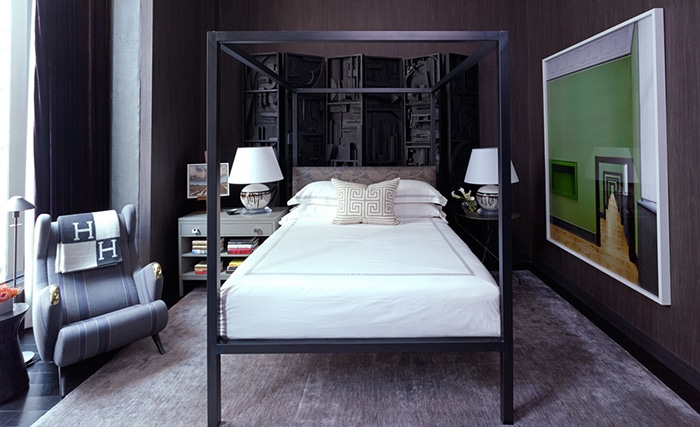 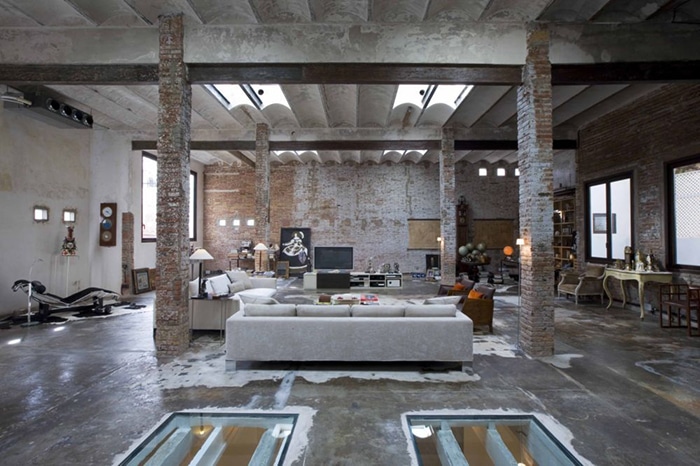 Designed by Spanish architecture firm Villa Blanch, this stripped-down Barcelona loft boasts a cool, industrial pedigree — the building used to house a printing press — and the kind of grand proportions that make a big-screen TV look appropriate, not silly. Photo by Núria Vila. 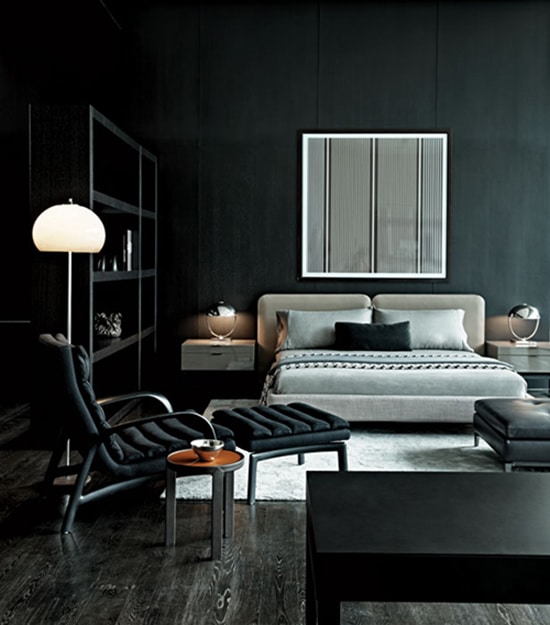 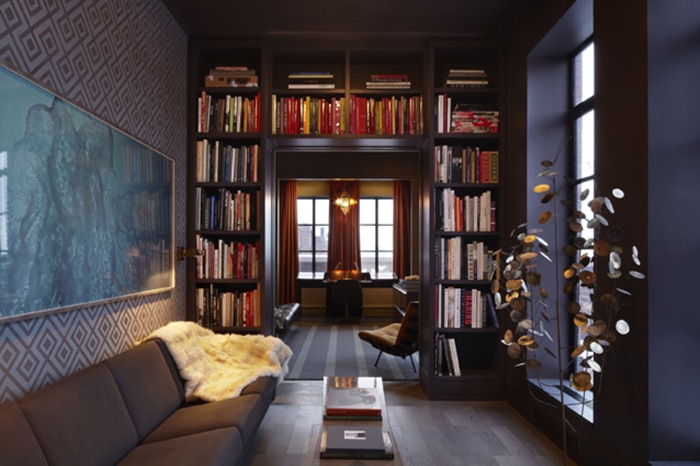 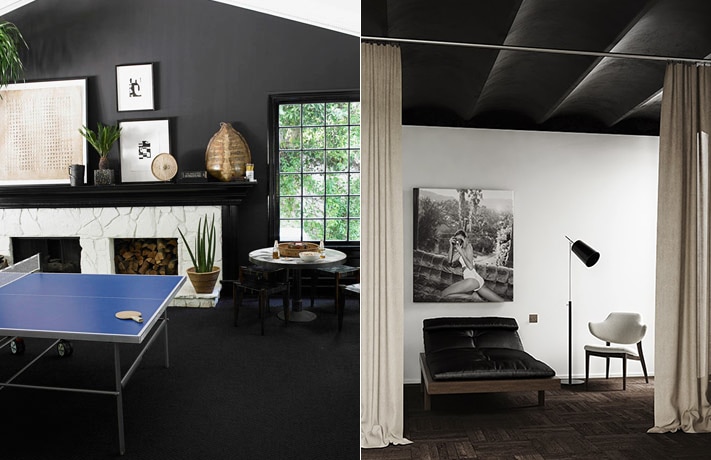 Left: In the game room of her Los Angeles home, interior designer Windsor Smith used a soft black paint to offset the electric-blue ping-pong table — she calls it the “exclamation point” of the space. Photo by Victoria Pearson for House Beautiful. 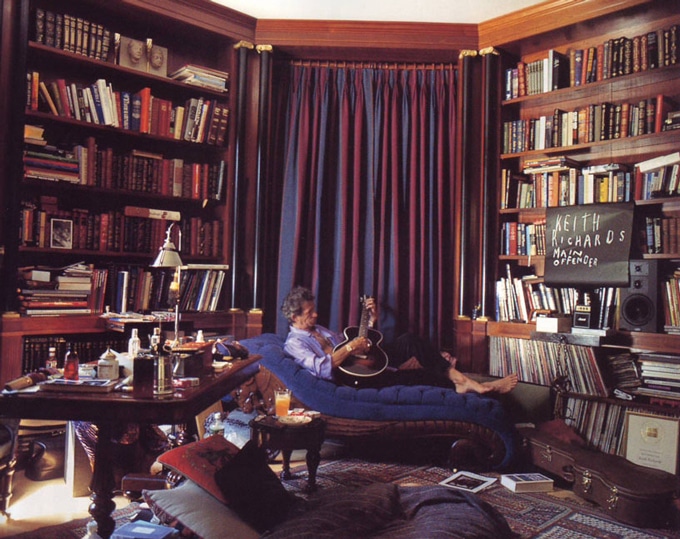 “The library was the only place around where I willingly obeyed the rules.” See? Even Keith Richards behaves like a gentleman in this lush, layered study. Photo by Christopher Sykes. 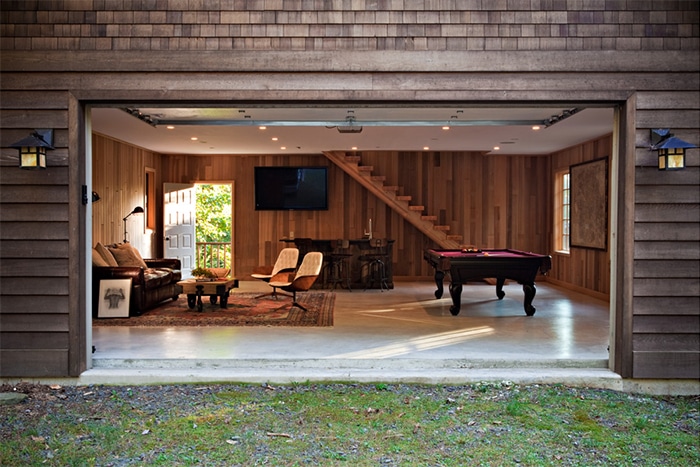 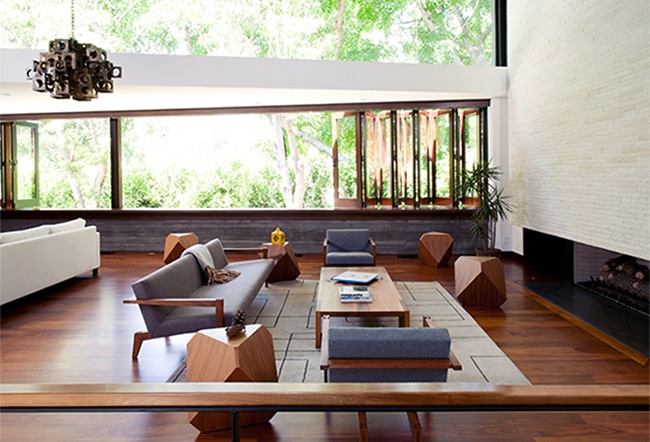 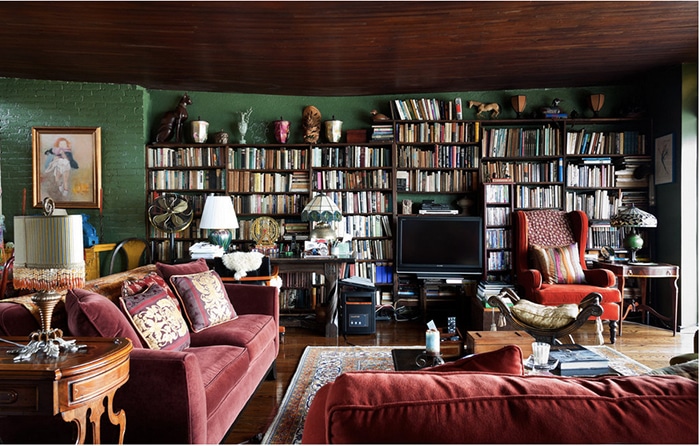 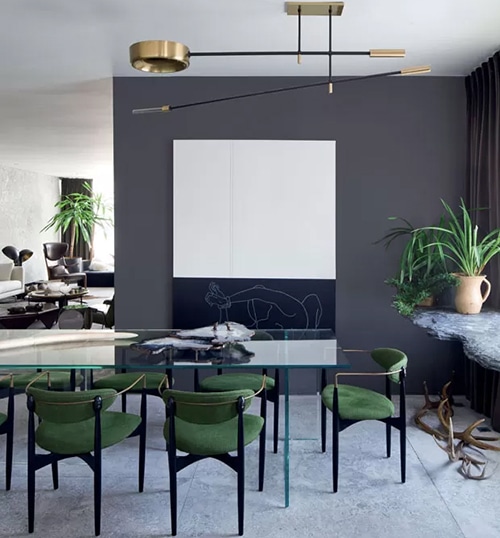 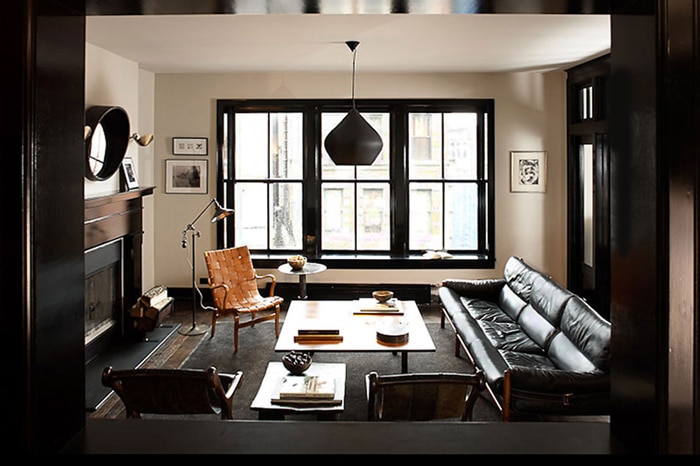 For this downtown Manhattan space, design firm Roman and Williams used high-gloss black paint to convey a sense of “materiality, rigor and craftsmanship.” 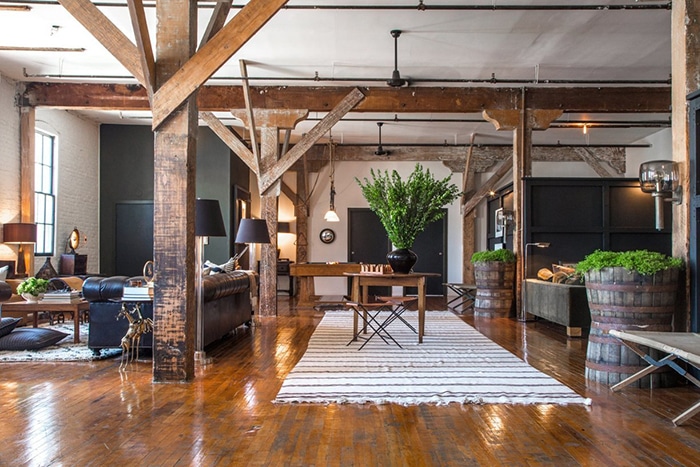 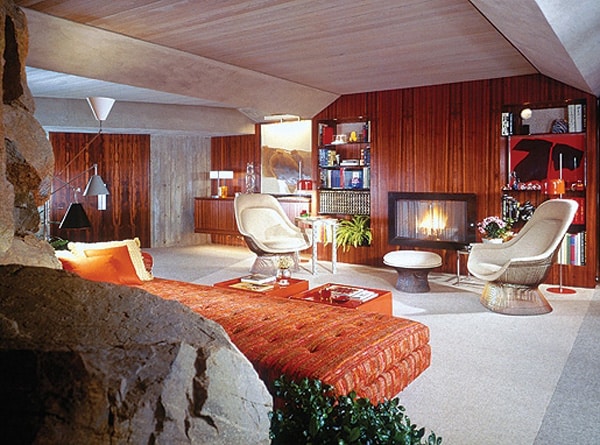 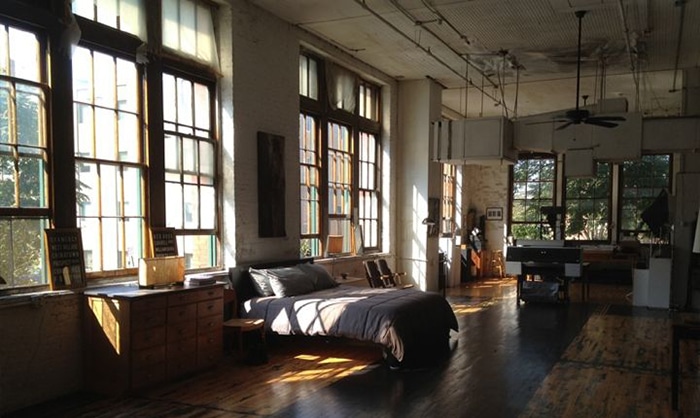 Dutiful Netflix watchers should be able to recognize this raw, stylishly undone loft apartment: It belongs to fictional photographer Adam Galloway from House of Cards. Photograph courtesy of Netflix. 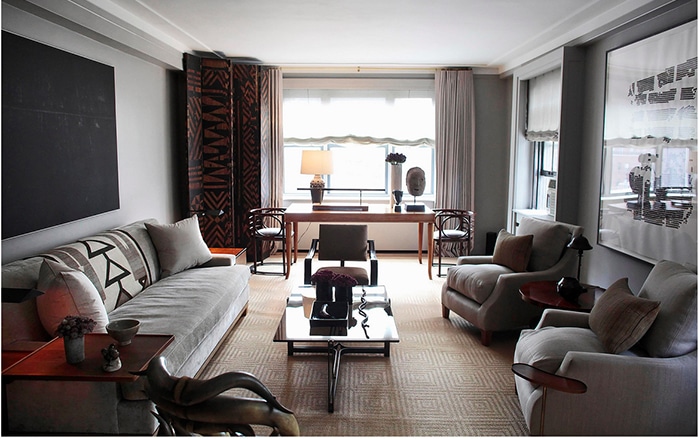 Calvin Klein creative director Francisco Costa has a pared-down Manhattan apartment with a well-edited collection of masculine accents (check out that horn chair in the foreground!). Photo by Nathaniel Brooks by The New York Times. 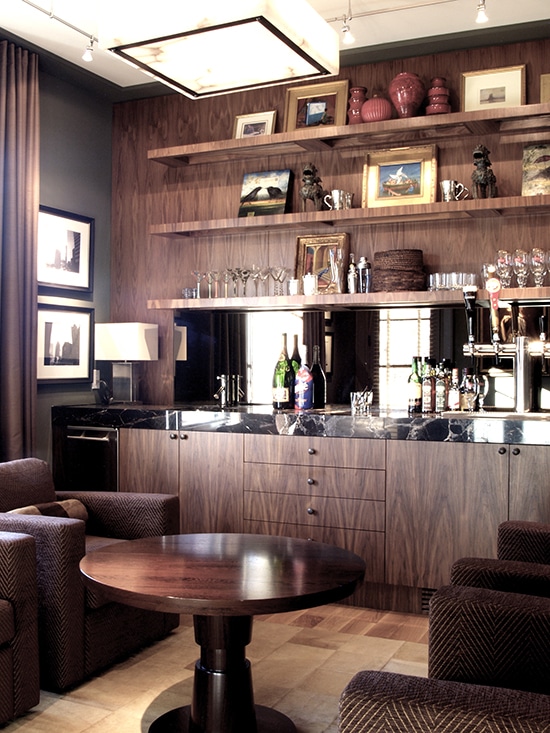 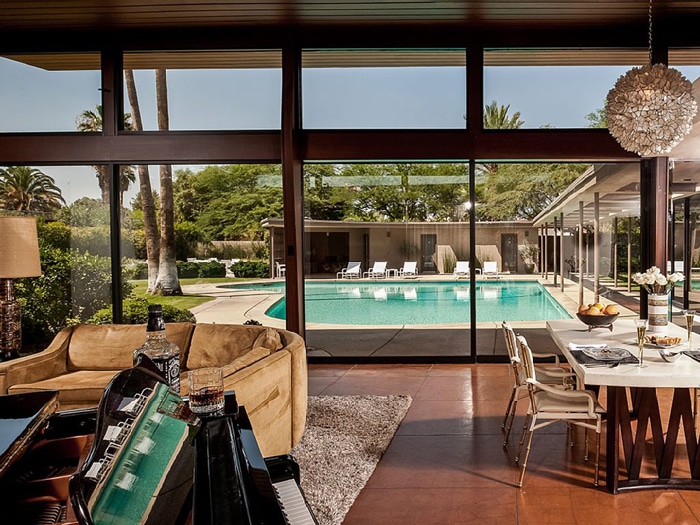 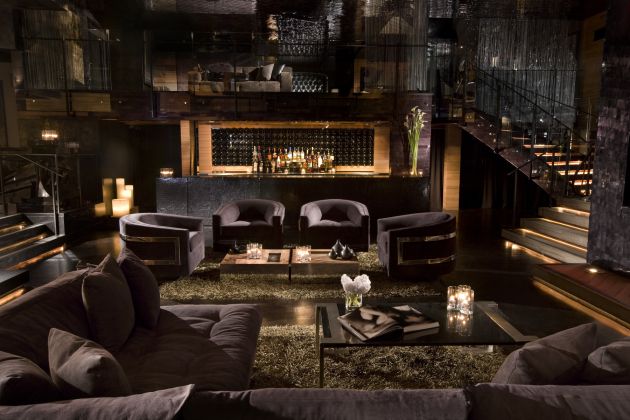 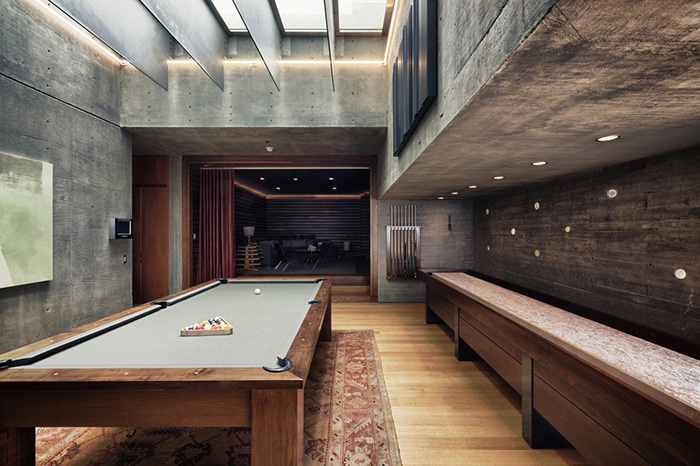