How Designers Use Stools in Unexpected Ways 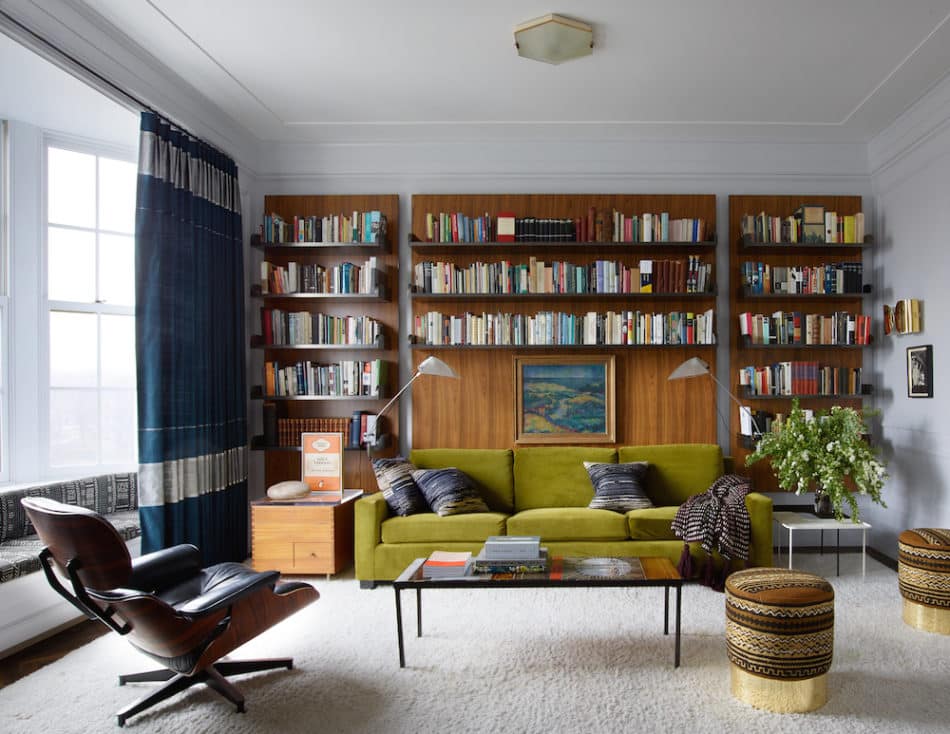 A comfy armchair or couch may be the best seat in the house, but stools are the most versatile, serving double duty as as a movable chair or a small table. They also tend to be the most fun.

“Stools are jewels and statements in a space, and they can also be investment pieces,” says New York designer Amy Lau, whose Bridgehampton, New York, beach house features boxy stools in one bedroom and a wicker footrest in another. “Being functional as well as aesthetically pleasing, they’re a great way to set the tone of a space.”

To help you achieve the same, we asked some noted designers for tips. 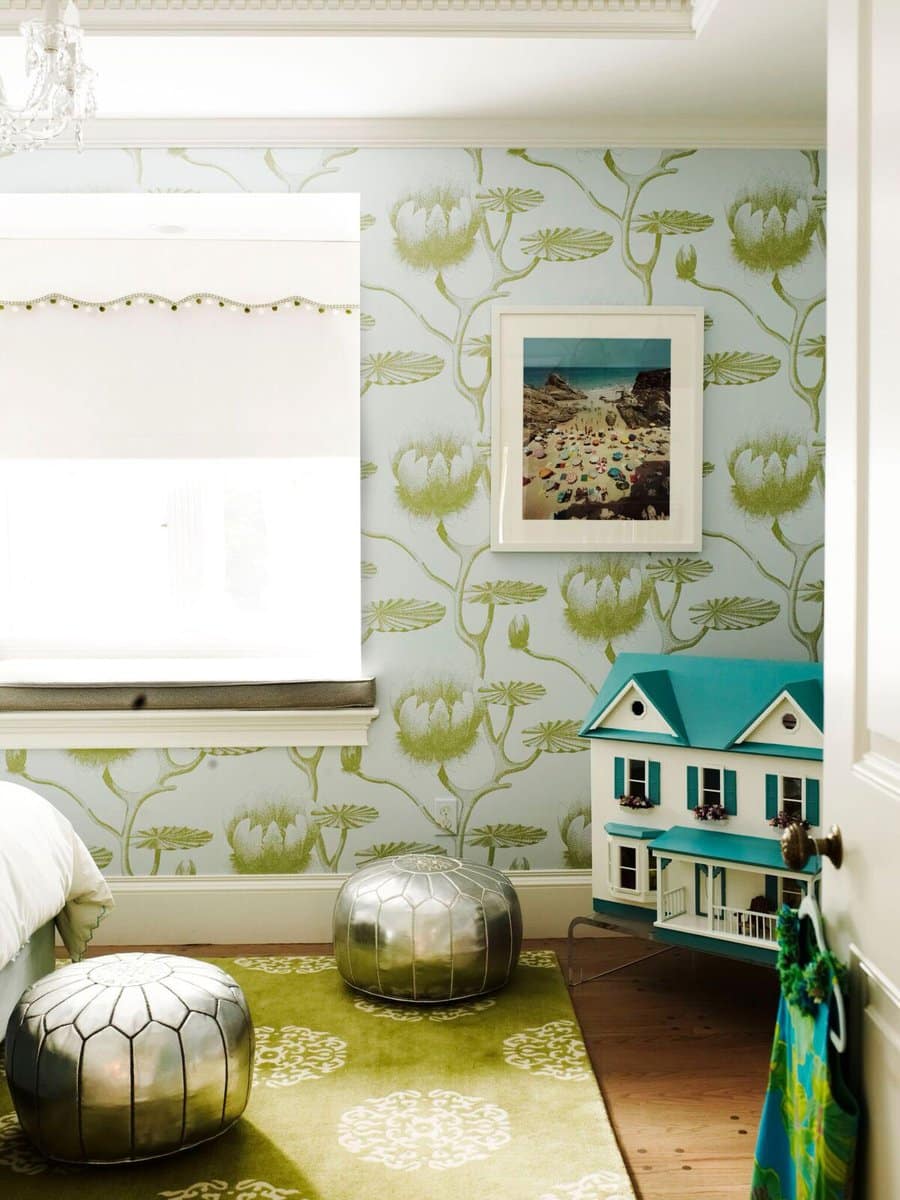 “A wonderful aspect of stools is they can be any design and they are very flexible,” says New York interior designer Fawn Galli, who’s layered striking metallic poufs in children’s rooms and ottomans on patios and in living rooms. “I normally buy several styles and move them around the home where needed.”

Stools also provide an opportunity for a “strong but subtle design moment,” says Galli, who uses them like throw pillows to add depth with texture, fabric or color. She also said stools offer a great opportunity to employ bold, colorful textiles since stools tend to be on the small side. 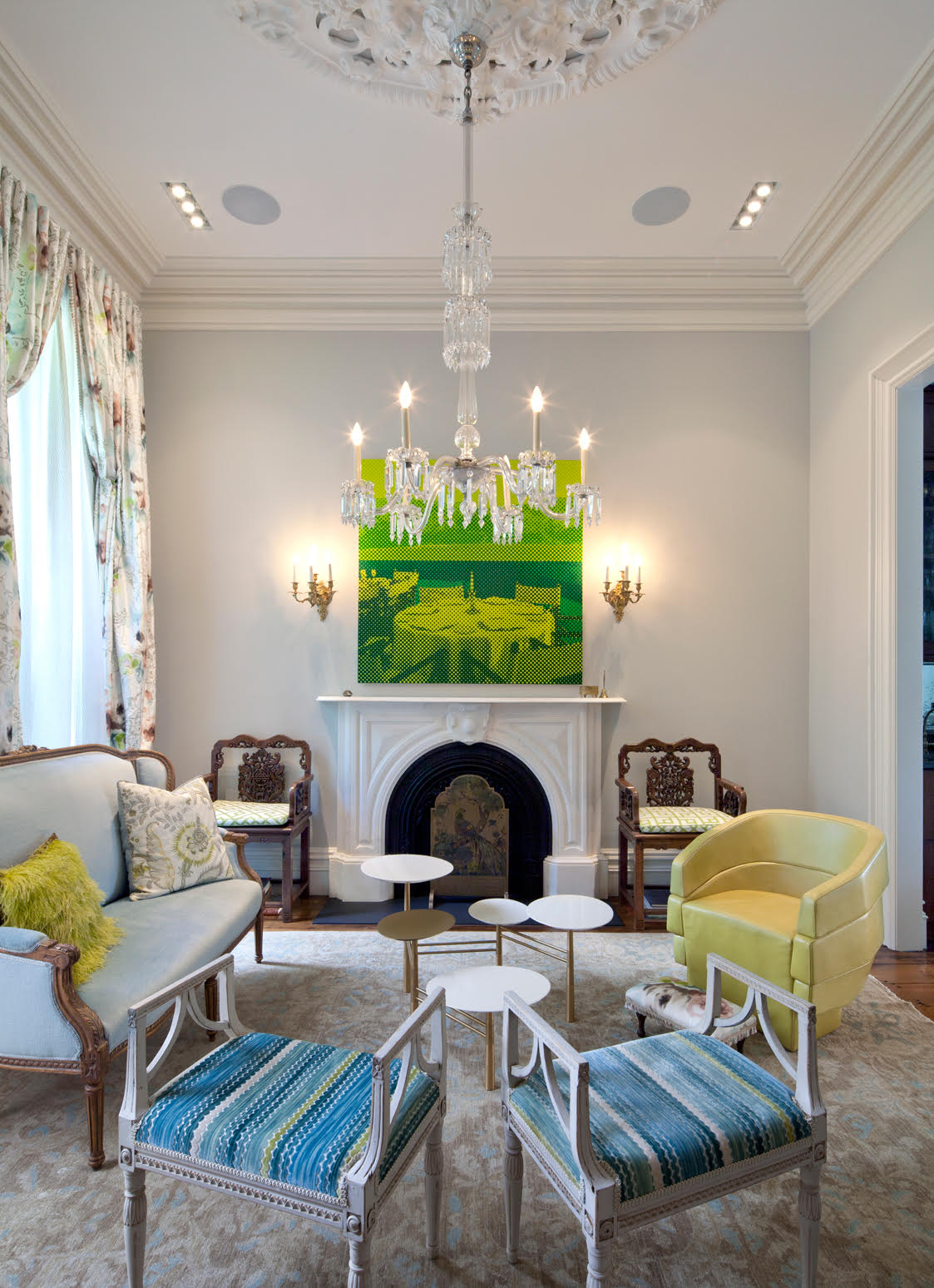 Stools are also effective tools for creating a sense of place, says New York designer Tamara Eaton. In this Brooklyn townhouse, Eaton arranged a pair of low wooden stools to draw the eye toward the fireplace and make it feel more inviting. 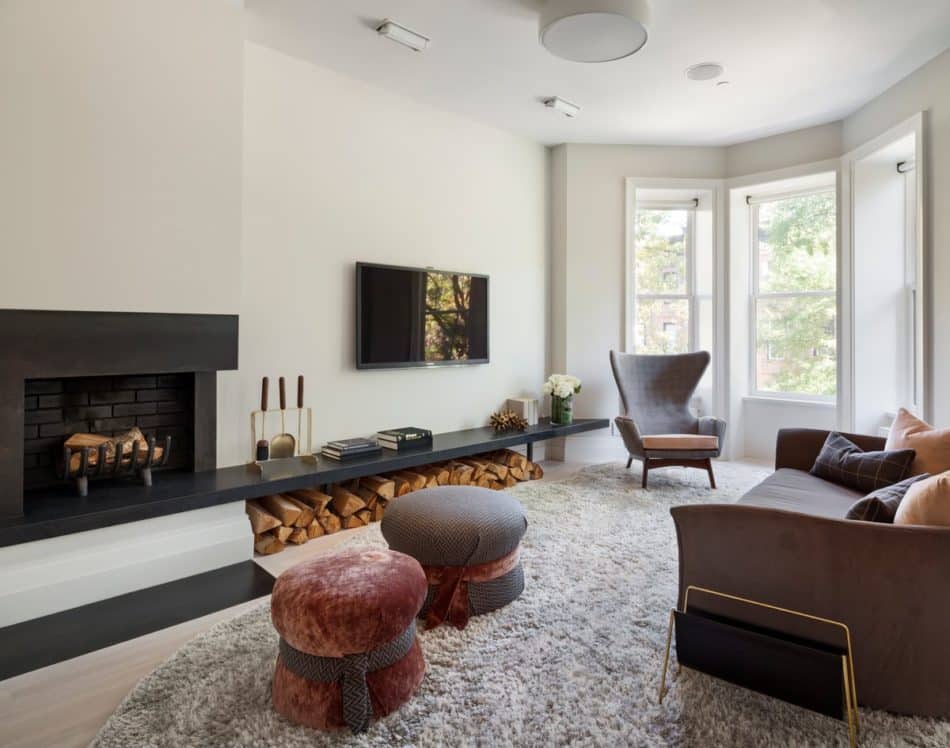 In the living room of a townhouse in Carroll Gardens, Brooklyn, Eaton upholstered a pair of vintage stools in a “fun modern velvet” for a bright pop of color. 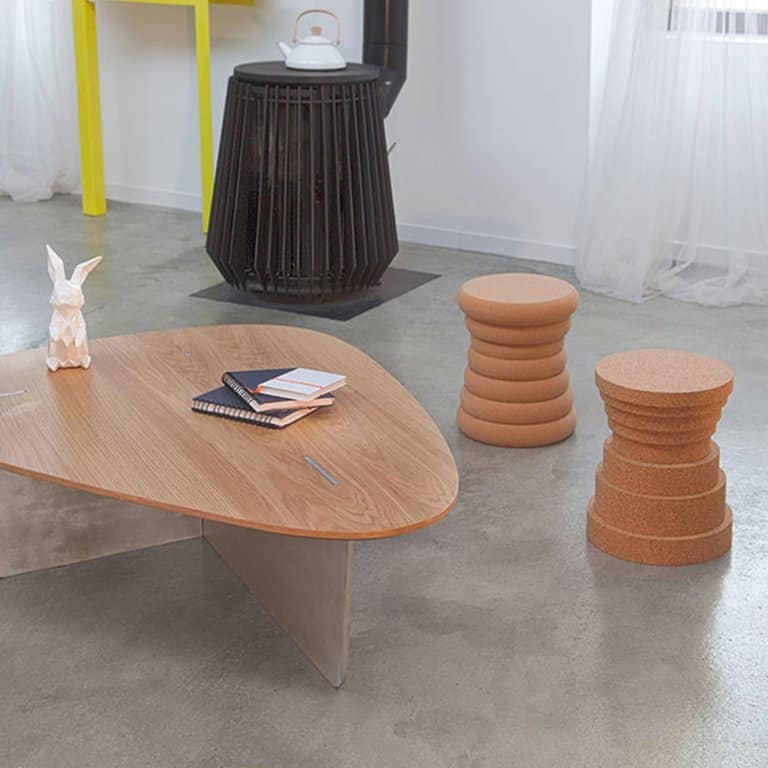 Philippe Cramer’s Boum Hue and Crac cork stools saddle up to his Aero coffee table, all were manufactured by Le Point D.

Geneva-based furniture designer Philippe Cramer says creating a stool allows him to craft something more sculptural than a table or chair. “It’s like a bridge between a piece of furniture and an object,” he says. “You can have it be like a little sculpture in the living room.”

The lack of a specified function also makes stools attractive to buyers. “It’s one of the few pieces you can have in your house that brings some quirkiness and something artistic,” says Cramer, whose Boum Hue and Crac stools are made of cork. “It’s a really nice addition to any interior.” 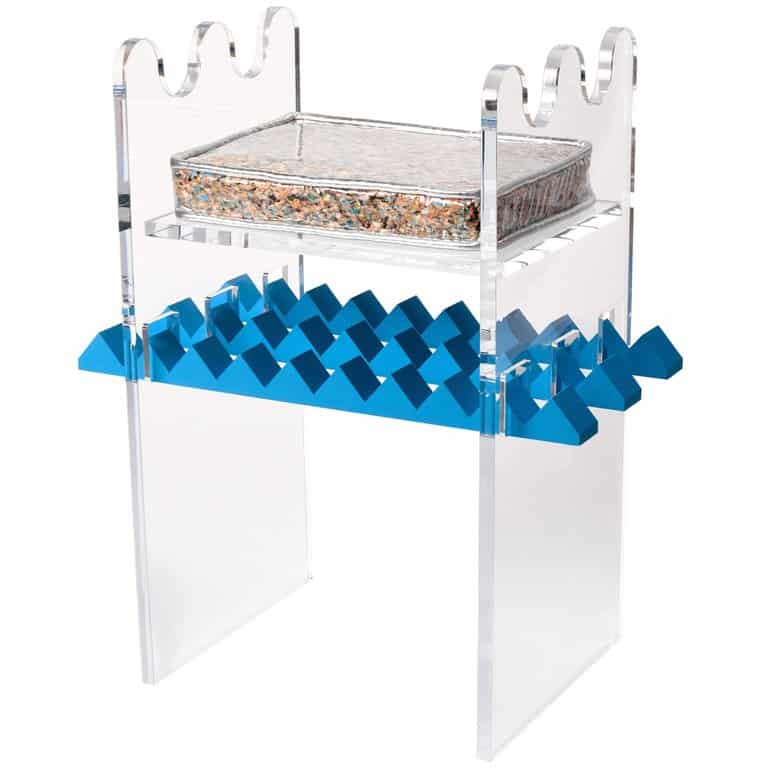 The Uneasy stool by Another Human

Leah Ring, a Los Angeles designer who produces objects under the moniker Another Human, calls her Uneasy stool a piece of interactive art. “My intent was to create a stool that functioned like a stool should,” she says of the piece, which she designed for “In Good Company,” a group exhibition curated by Brooklyn sculptor Fernando Mastrangelo last year. “However, each element of the design was intended to make the sitter uneasy.”

No fasteners are used to hold up the seat, while the jagged pieces and industrial-style cushion create a sense of apprehension. Though she admits that the stool may not be for everyone, Ring envisions the stool serving as “somewhat of an art piece due to its sculptural qualities.”

Put Them to Work 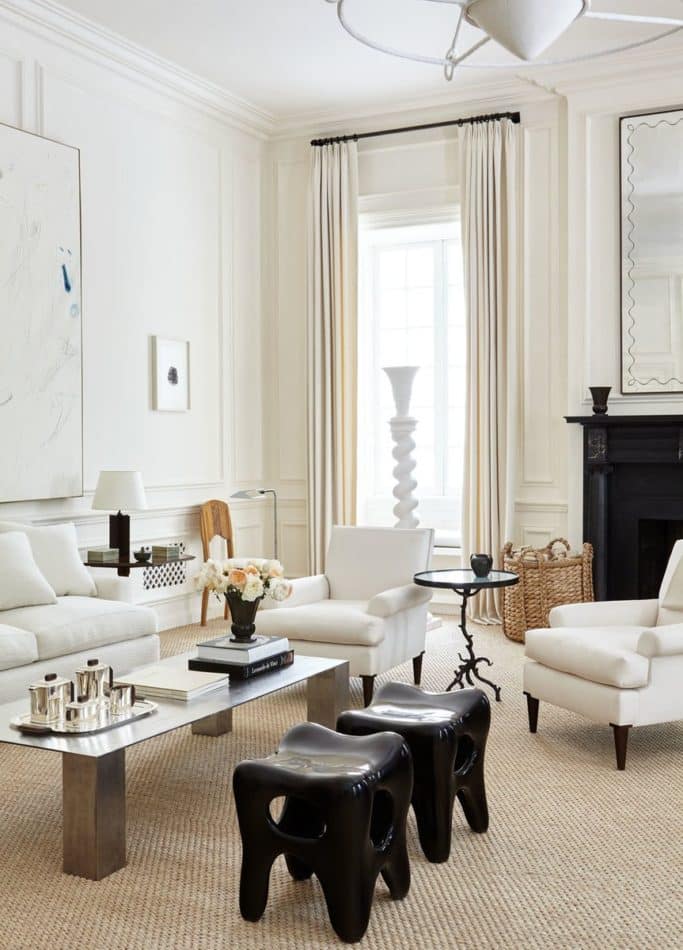 Beyond adding depth to a space or creating a wow moment, stools are, of course, incredibly functional, says Galli, who notes that she always uses stools in her projects.

In small spaces, stools provide extra seating and are easily tucked away when they’re not needed. They double as ottomans, and they can be used like a coffee table as a place to display art books or place a beverage. 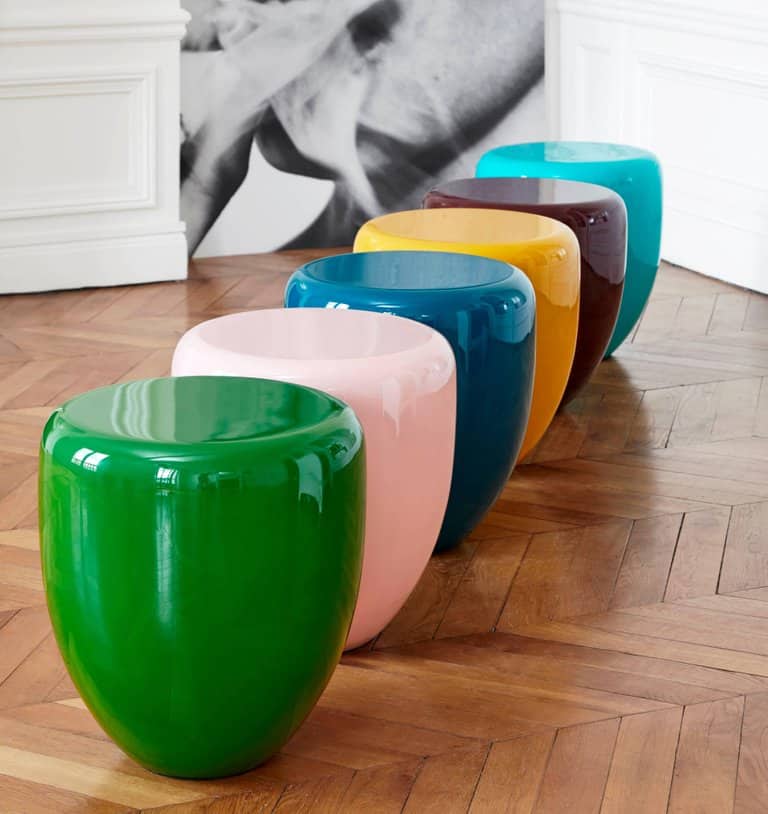 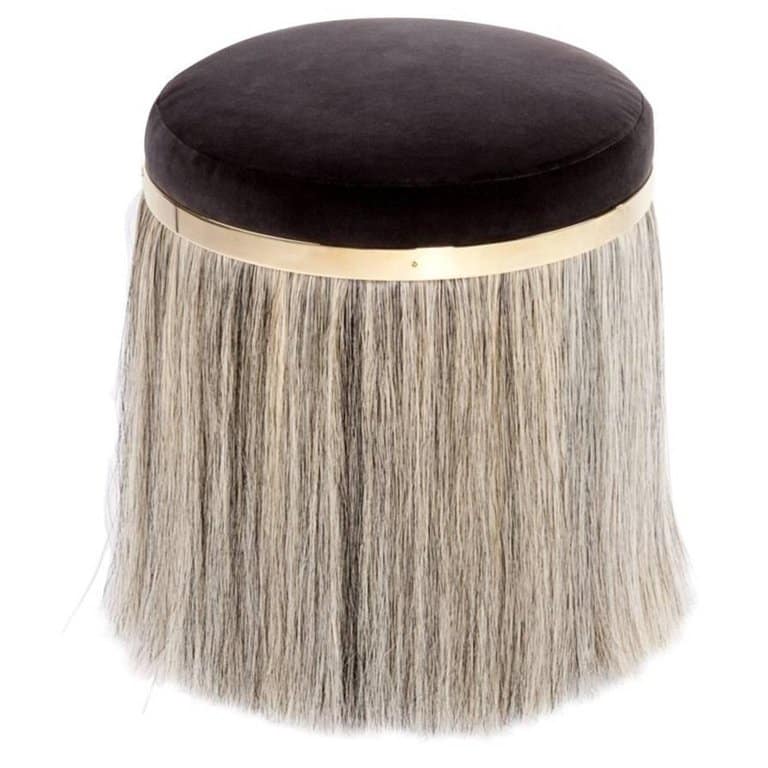 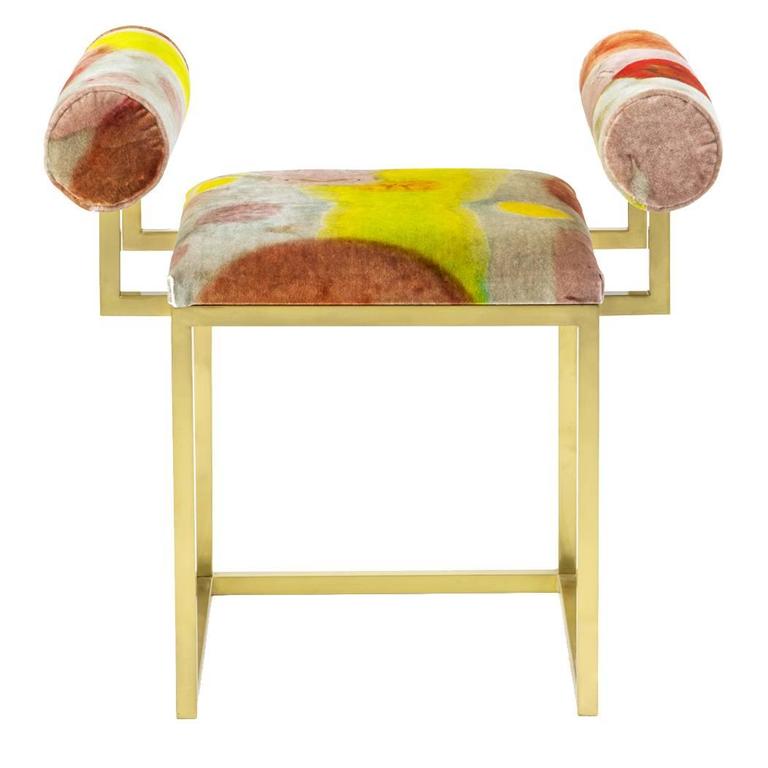 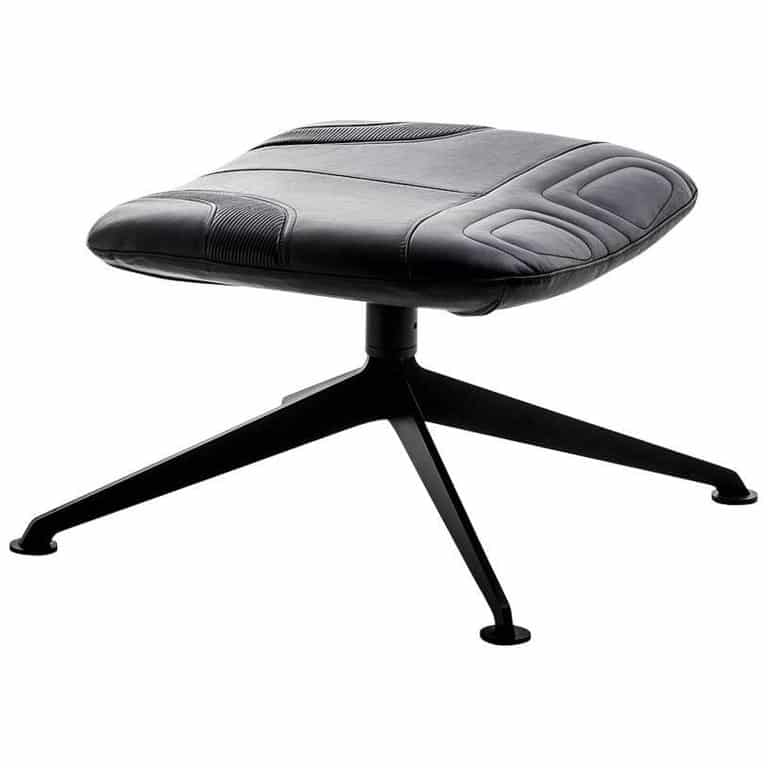 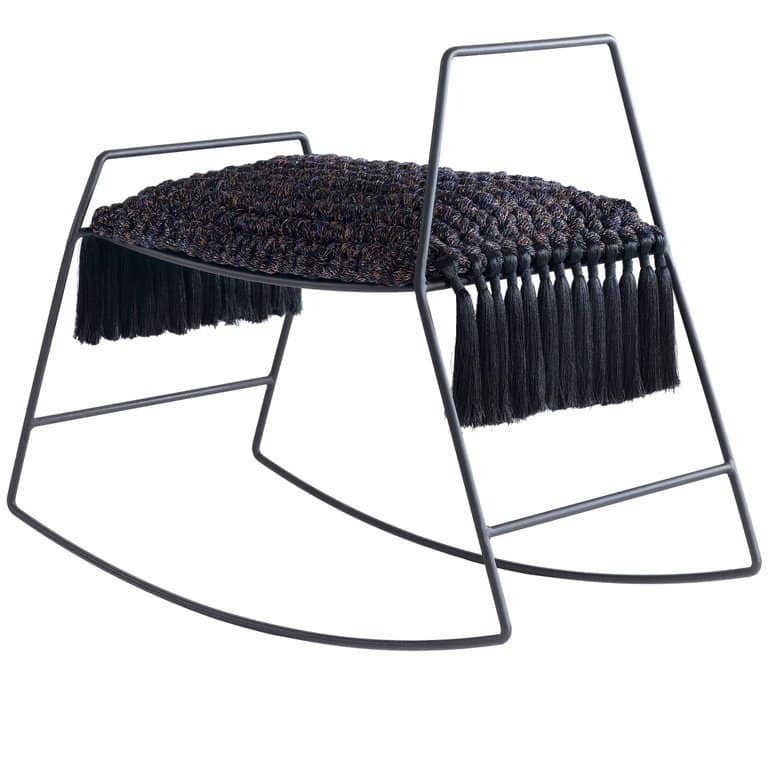