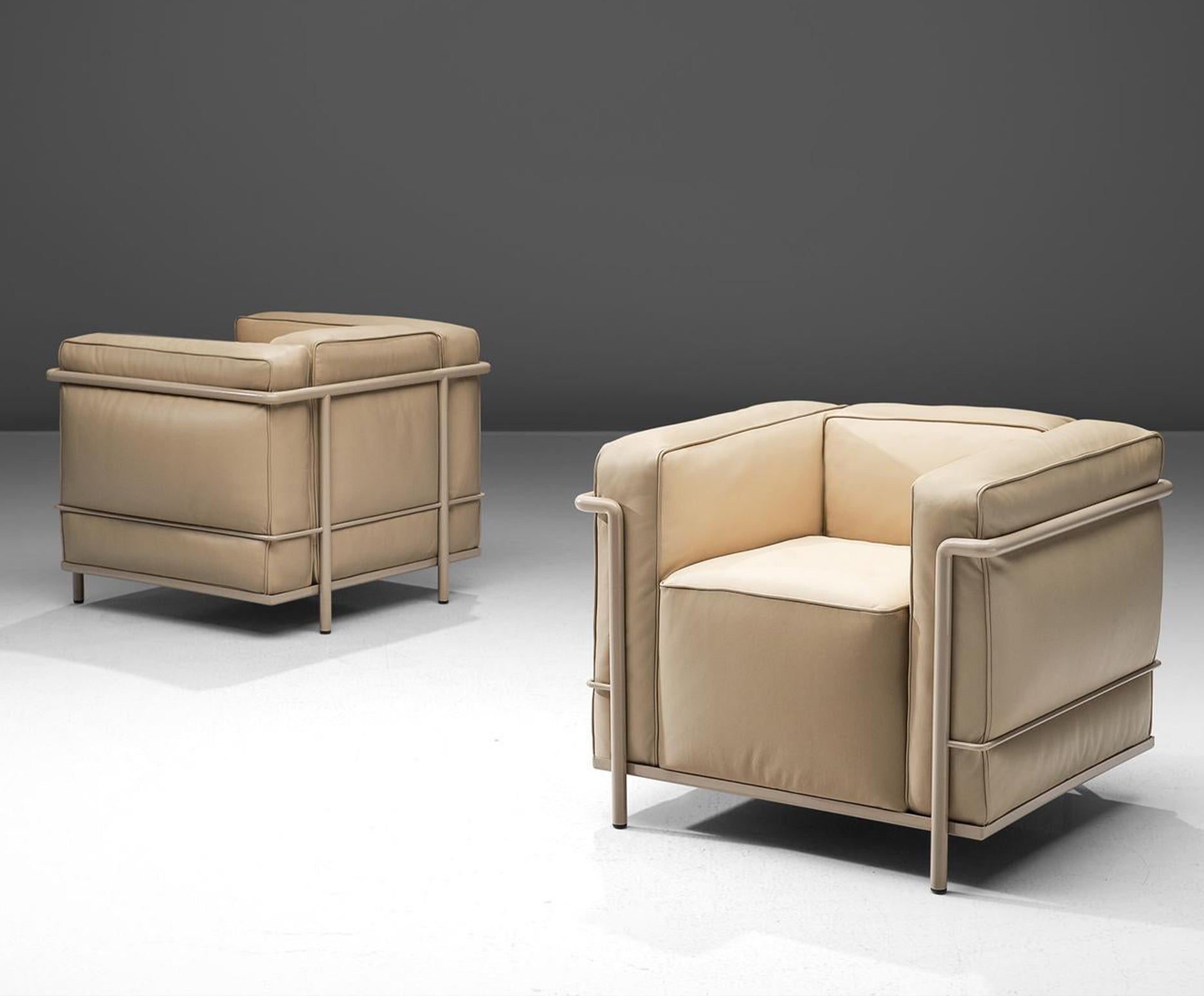 Does anything sound more comfortable than a “cushion basket”? That’s what Charles-Édouard Jeanneret (1887–1965), a.k.a. Le Corbusier, and his collaborators, cousin Pierre Jeanneret (1896–1967) and Charlotte Perriand (1903–99), dubbed the LC2 Petit Confort chair (as well as the rest of the similarly shaped seats in the LC series), the group’s modern take on an age-old form: the club chair.

The LC2 Petit Confort chair quite literally inverts the traditional construction of a chair (or any piece of furniture, really) using an exoskeleton of chromed tubular steel instead of hiding the construction inside, prioritizing an emphasis on function that boldly declared their modernist approach. Meanwhile, thick leather cushions make the seat exceptionally comfortable and lend it a boxy appearance that is compatible with the architecture and design of the International Style in which the group worked.

The trio conceived the cube-like seats in the LC collection in 1928 for exhibition at the 1929 Parisian art fair Salon d’Automne, and Austrian manufacturer Thonet was producing the group's designs at the time. Decades later, in 1965, when the designers’ modernist style had become widely popular, the LC2 Petit Confort chair was issued by Italian manufacturer and high-end furniture company Cassina, which continues to produce it today, along with the stylistically similar LC3 collection.

The LC2 armchair was born of a period of experimentation with tubular chrome by the Le Corbusier group — archival sketches authored by Le Corbusier and Perriand are demonstrative of a two-year collaborative process, while Le Corbusier's brief identifies the latter as having been put in charge of furniture and interiors. (Furniture designer and architect Marcel Breuer, whose Cesca chair was similarly structured, was also working with chrome.) The use of chrome in the trio’s LC lines was groundbreaking at that point, and its aesthetic aligned well with Le Corbusier’s having given the furniture the mechanical-sounding label “domestic equipment.”

LC2 armchairs designed by Le Corbusier Made by Cassina

H 27 in. W 24 in. D 66 in.
Modernist Classsic Design: LC2 Armchairs, Le Corbusier by Cassina, 1990s
By Le Corbusier, Cassina
Located in Renens, CH
Probably the most well-known piece by the Swiss-born architect Le Corbusier (Charles-Edouard Jeanneret) are the LC2 armchairs and 2 or 3-seater sofas. Le Corbusier hardly needs an in...
Category

H 26.25 in. W 54 in. D 29 in.
'LC2' Club Chairs by Le Corbusier for Cassina, Early Year Productions, Signed
By Charlotte Perriand, Cassina, Le Corbusier, Pierre Jeanneret
Located in Los Angeles, CA
This rare pair of early year production collectors examples of 'LC2' club chairs by Cassina are signed and stamped with early production numbers. Priced as a pair, contact us if you ...
Category 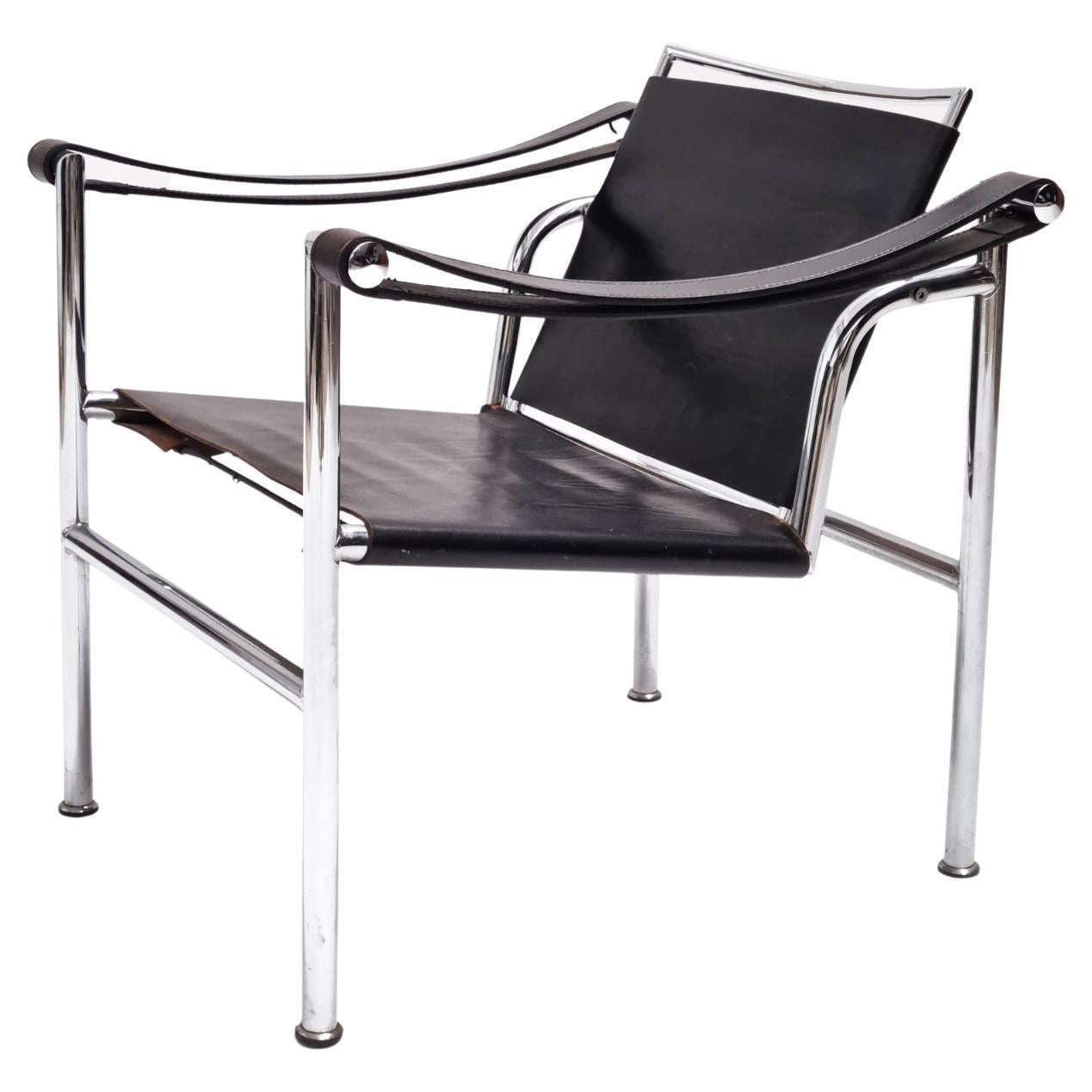 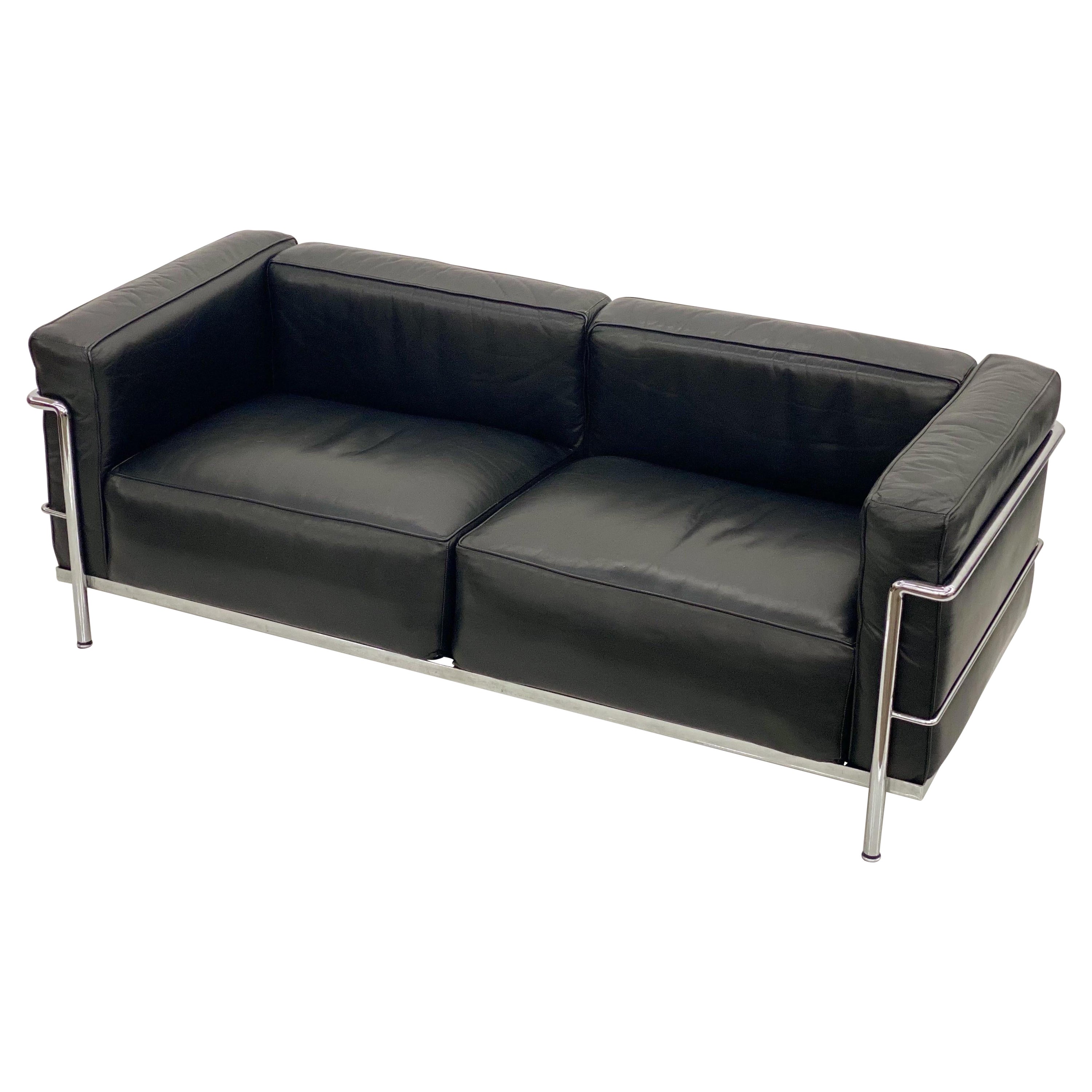 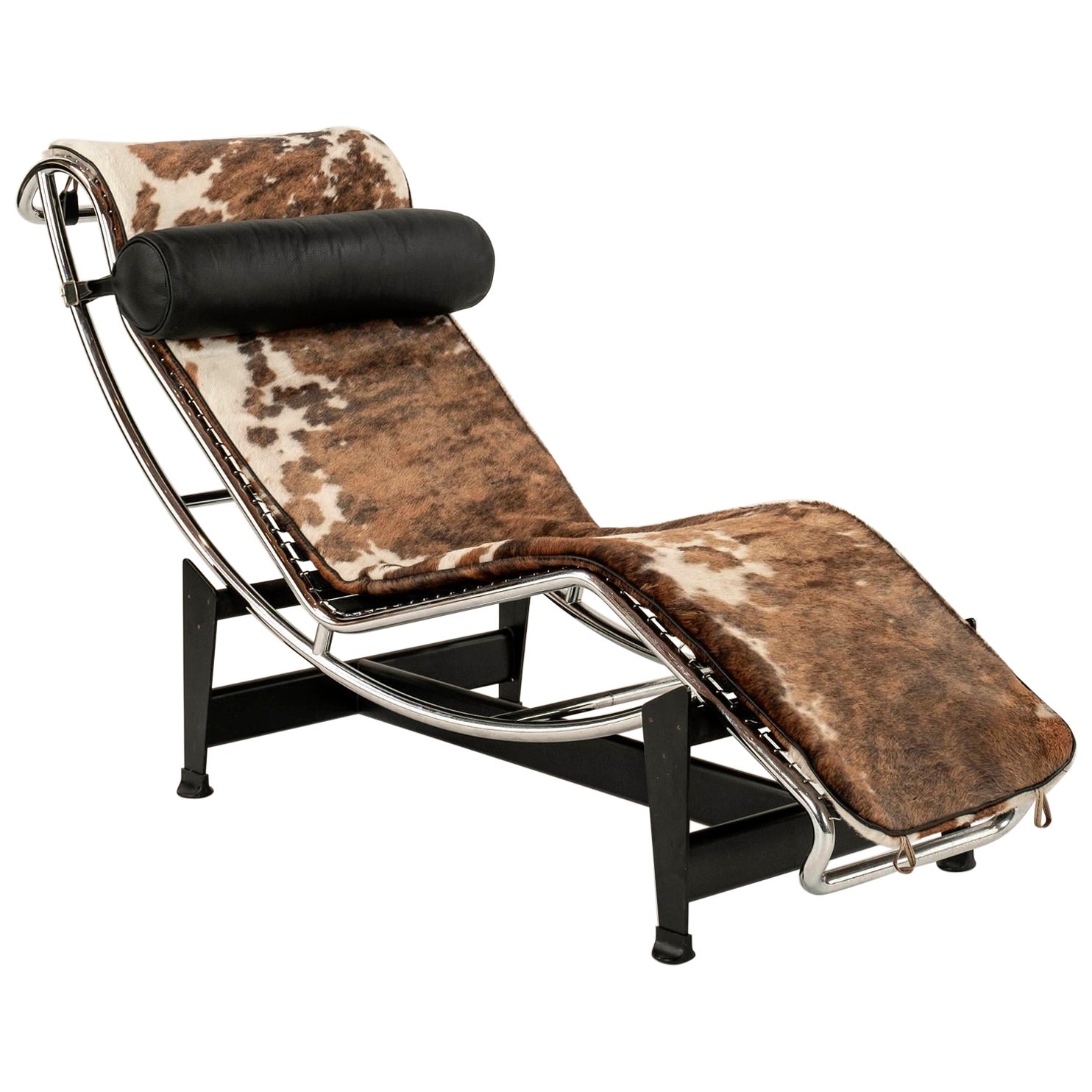