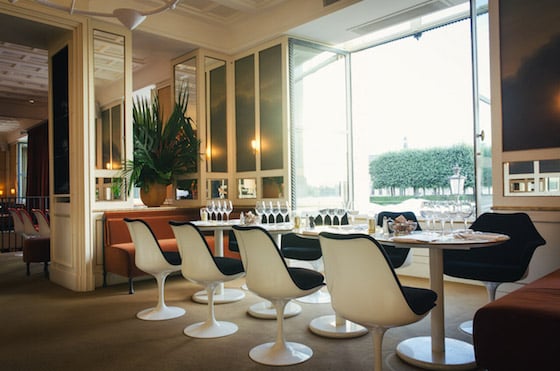 The dinner party took place at Loulou, the new restaurant for the Musée des Arts Décoratifs. Conceived by Joseph Dirand to look like the dining room of a decorative-arts aficionado, the space has modernist touches such as Eero Saarinen Tulip chairs. Photos by Thomas Michard for Saywho.fr

On Tuesday evening, as the setting sun bathed Paris in an orange glow, designers and dealers from around the world braved the 90-degree heat to descended upon Loulou restaurant in the Tuileries Gardens. Invited by 1stdibs to celebrate the site’s 15th anniversary, they gathered upstairs in the private dining room to make merry and to discuss the world of design — and global warming.

“Let me tell you, I had two Dyson fans working full blast in our booth, and it wasn’t nearly enough,” said Benoist Drut, founder of New York’s Maison Gerard, who had just arrived from the Biennale des Antiquaires in the Grand Palais. “It’s a greenhouse in there! I wish I could take this all off,” he added, pointing to his three-piece suit. “But it’s wonderful to be included in the fair this year. It’s our first time.” 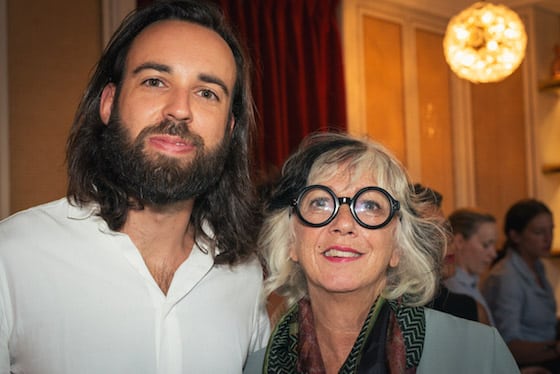 Indeed, several 1stdibs dealers at the party exhibited in this latest edition of the biennale, which offered first-time presenters the chance to reflect on differences between it and other such gatherings of gallerists and collectors. “Compared to fairs that we do in the U.S., and especially fine-art fairs, the crowd here is much more knowledgeable than average, no matter where they’re from,” said Drut’s partner, Mary Dinaburg. “They really know what they want. The sales are slower, I think, but that’s part of the culture. There is a lot of conversation about the pieces, a lot of consideration, which is extremely interesting for me.”

She was echoed by Victor Gastou, one-half of the Paris institution Galerie Yves Gastou. “With fine-art fairs, it’s about the excitation, the impulse purchase,” he said, taking a sip of champagne. “Design takes more time, it’s much less electric.” 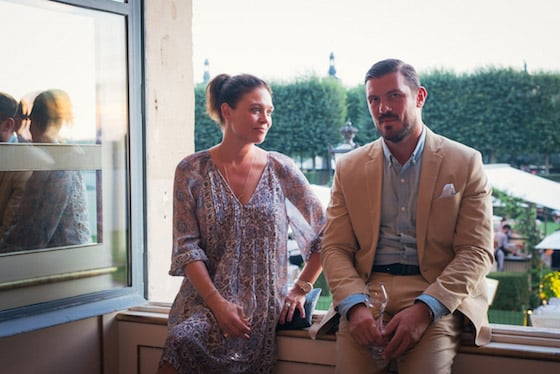 At 8 p.m. sharp, it was time for dinner. Over the first course, a cold salad of shaved purple artichoke and parmesan, an international roster of designers seated together made introductions. Kelli Wilde of the interior architecture firm Champeau & Wilde explained that, although she was born in the United States, she feels French at this point. “I’ve just lived in Paris forever,” she said. “I hardly feel American anymore! Until I go back to California, that is, and remember that the quality of life there is so much higher.” 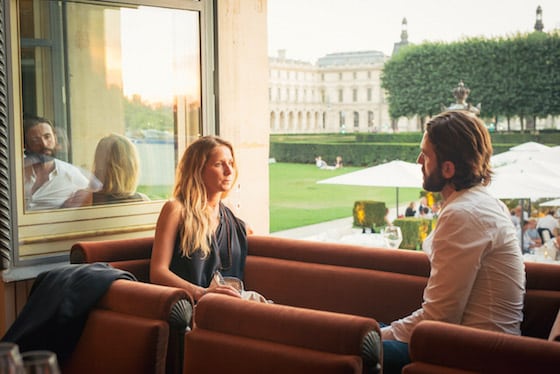 Paris designer Dorothée Meilichzon of Chzon and her life partner, Olivier Bon, the hotelier who cofounded the Experimental Cocktail Club

“I absolutely agree,” said Paris-based Dorothée Meilichzon, who won Maison & Objet’s Designer of the Year in 2015 for the work of her firm, Chzon. “I want us to end up one day in Malibu — there is nowhere like it in the world!” She turned her attention to Wilde, while smiling in the direction of architect Laurent Champeau. “So you work together?”

“We are partners, in both work and life,” Wilde replied.

“So are we!” Meilichzon said, nodding her toward hotelier and cofounder of the Experimental Cocktail Club, Olivier Bon. “But Olivier is actually my client.”

“Yes, but it gets complicated when it’s time to invoice,” Bon deadpanned. 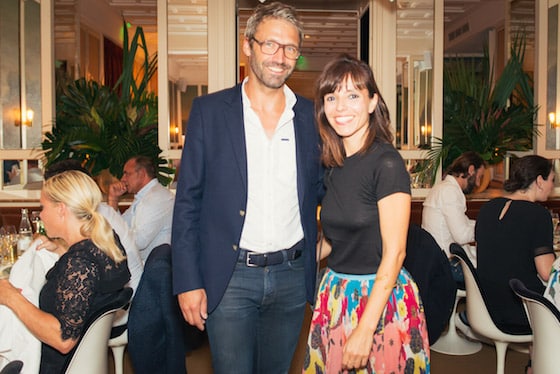 As the waiters served the second course, osso buco with buttery tagliatelle, Bon and Champeau discussed the differences between private and public commissions. Private homes, Champeau said, involve highly personal interactions with the client. But public jobs — like hotels, restaurants and bars — require the designer to suspend subjectivity, creating an environment that appeals to all, both men decided.

“People want every hotel to be absolutely unique,” Bon said. “The tricky thing is, if it’s too perfect, if every element is faultless, it can become forgettable. So you need to shock the clientele, or surprise them — but just the right amount. It’s kind of double-edged sword.” 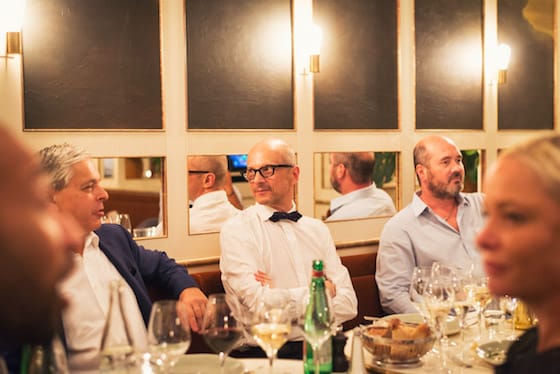 On the bench are (left to right) dealer Sylvain Levy-Alban, Pascal Kinsbourg from 1stdibs and Samuel Roger of Origines. In the foreground, Béatrice Saint Laurent of Galerie BSL (far right) chats with her publicist, Ismaël Goldsztejn-Seck.

Dessert arrived, a vibrant raspberry Napoleon, and then the crowd thinned out as guests left for home. At a table full of 1stdibs dealers, however, Béatrice Saint Laurent of Galerie BSL was going strong. “I love 1stdibs,” she said. “It’s getting bigger, and the graphics are so much better. When we first arrived on the site, it was so American. But now they’ve managed to make it much nicer, much classier — much more European.” 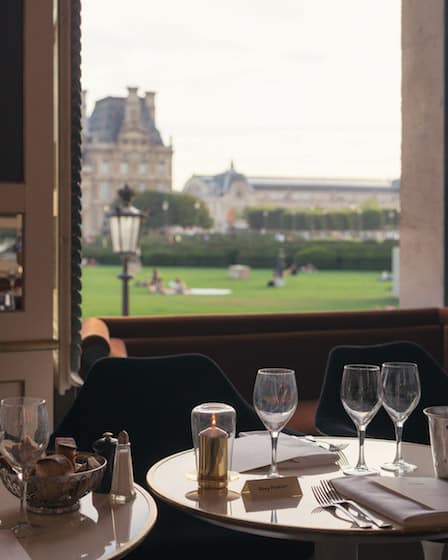