Photographer and self-proclaimed “conceptual artist-adventurer” Charles Lindsay’s work is more than mere photography; it’s a fusion of his scientific and personal exploration. Experimenting with psychedelics, salvaging aerospace equipment, capturing rainforest sounds and looking for extraterrestrial life are all part of his inquisitive process, or, in his words, his “propensity to search far and wide.”

His unorthodox method is especially evident in his latest book, Recipes for the Mind (MIT Press), which contains more than 100 photographs accompanied by poetic text by Lindsay.

An illustrious creative career didn’t always figure in the San Francisco native’s plans. He studied geology at the University of Western Ontario and, after graduating, traveled through Canada’s Northwest Territories doing field investigations at mineral-exploration camps.

In the late 1980s, he changed course, deciding to follow his artistic inclinations. He moved to Tokyo, where he become a photojournalist, spending the better part of a decade chasing environmental stories in Southeast Asia. This experience lay the groundwork for what evolved into an unusual, multidisciplinary practice combining scientific rigor with artistic expression.

Lindsay’s new work takes a wide array of forms, from video installations to sculptural clusters of biotech paraphernalia, and engages with technologies ranging from moon mining to wind tunnels. At the same time, however, he has continued to channel his interest in the natural world into more conventional photo series published as books.

In Lost Balls, Great Holes, Tough Shots, and Bad Lies (Bulfinch), from 2005, Lindsay follows errant golf shots to show where the manicured courses meet up with real wilderness and its animal inhabitants. Upstream, published the same year, takes a close-up, immersive look at the sport of fly-fishing with black-and-white images that skim the surface of (and occasionally dive into) the water.

Just five years later, he became the first artist resident at SETI (Search for Extraterrestrial Intelligence) Institute in Silicon Valley, just the latest honor in a list that includes a Guggenheim fellowship and Robert Rauschenberg residency. His first project at SETI, a collaboration with astrophysicist Laurance Doyle, was an installation, titled Code Humpback, exploring the ways the titular whale species communicates. As in many of Lindsay’s multimedia experiments, sound was an essential component. Visitors could listen to Morse code transmissions and whale vocalizations emanating from hollow metal sculptures.

“CARBON,” an evolving project that began in 2001 with experiments in using carbon emulsion to create abstract, camera-less black-and-white photographs, exemplifies Lindsay’s open-ended approach. It has grown to encompass a book of the same name (Minor Matters Books), as well as moving-image installations that respond to visitor feedback. Reflecting his status as something of a Renaissance man, Lindsay is a popular lecturer in the Bay Area, with its many laboratories and think tanks of STEM visionaries, as well as at art-and-tech conventions around the world.

As Lindsay sums it all up in a characteristically wide-ranging afterword: “I’m thinking about art, technology, consumption, near death experiences, encounters with wildlife, psychedelics, time travel, failure and courage, AI, and the challenge of photo-based storytelling in an image-saturated world.” 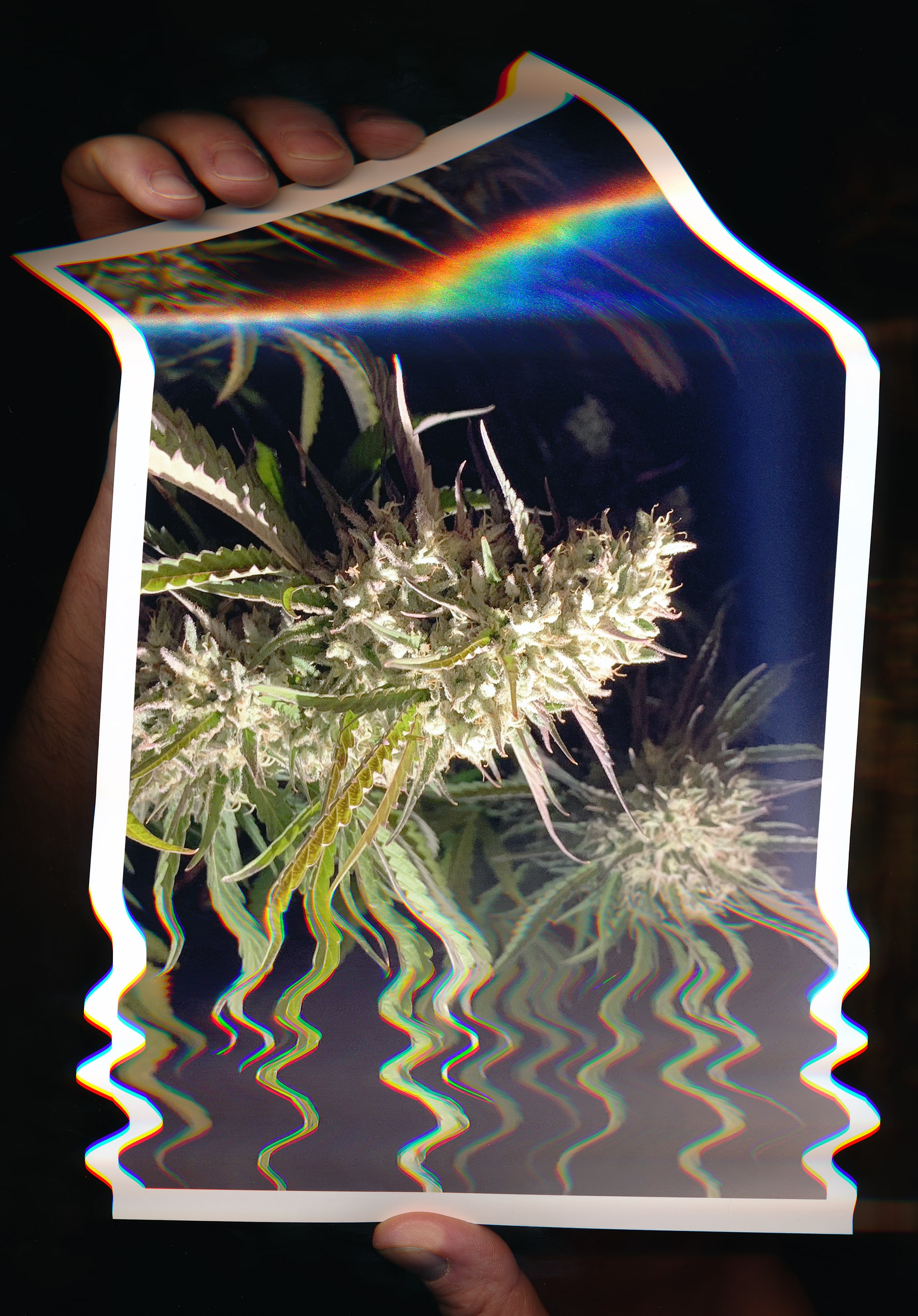