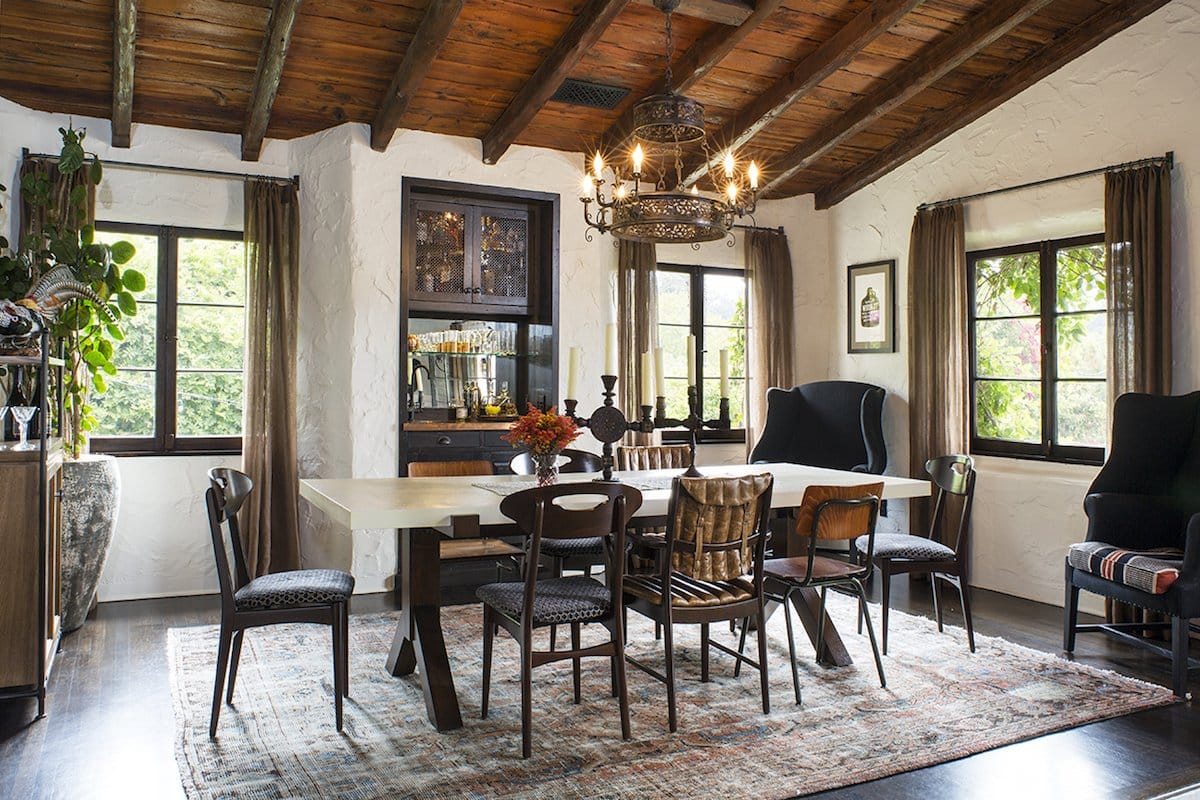 A variety of chairs surround the table in this Los Angeles dining room designed by Deirdre Doherty. Photo by Meghan Beierle O’Brien

Too big? Too small? Yes, please! Interior designers have thrown out the convention of matchy-matchy dining chairs in favor of an aesthetic where anything goes. For the bold and daring, adding a sculptural seat or a throne-like chair can pack quite a visual punch. And for a more laid-back approach, accumulated vintage finds can feel quite unified when gathered together around a well-worn table. Of course, to mix and match successfully, there are some rules to play by.

Here are seven rooms that exemplify how to pull almost any chair up to the dining table. 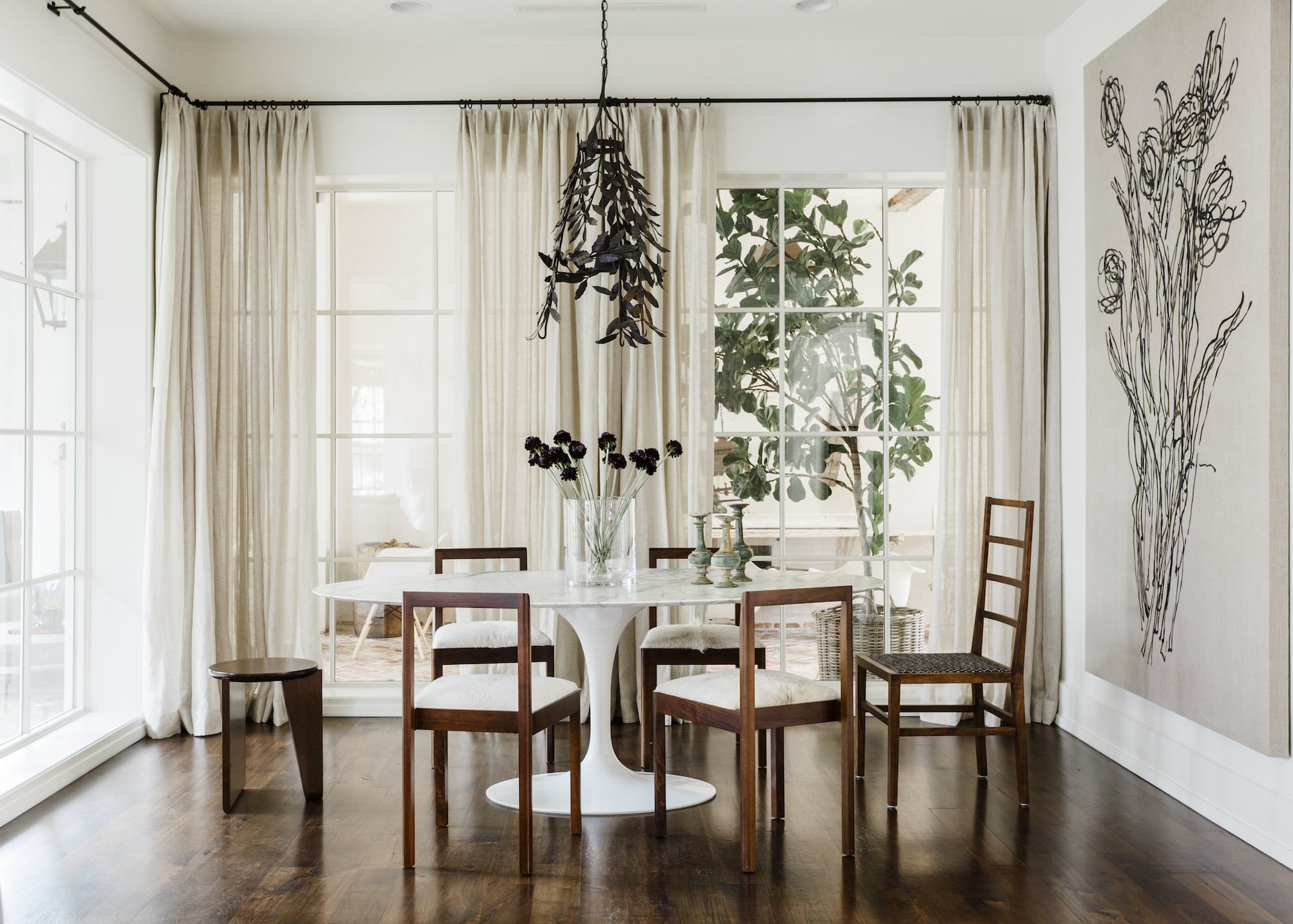 Small but mighty. That’s the mentality with which designer and dealer Margaret Naeve approached a family’s intimate breakfast nook in Houston. “There was an opportunity to tell an interesting story that was also functional in this vignette,” Naeve notes. “When I mix chairs, I am mindful of scale, particularly with thigh height and material.”

She chose side chairs and a stool by Egg Collective and a BDDW ladder-back chair to surround the marble-topped Eero Saarinen table. By contrasting the high chair with the low stool, Naeve says she allowed the space “to breathe, with just the right amount of white space to make it feel open and inviting.” 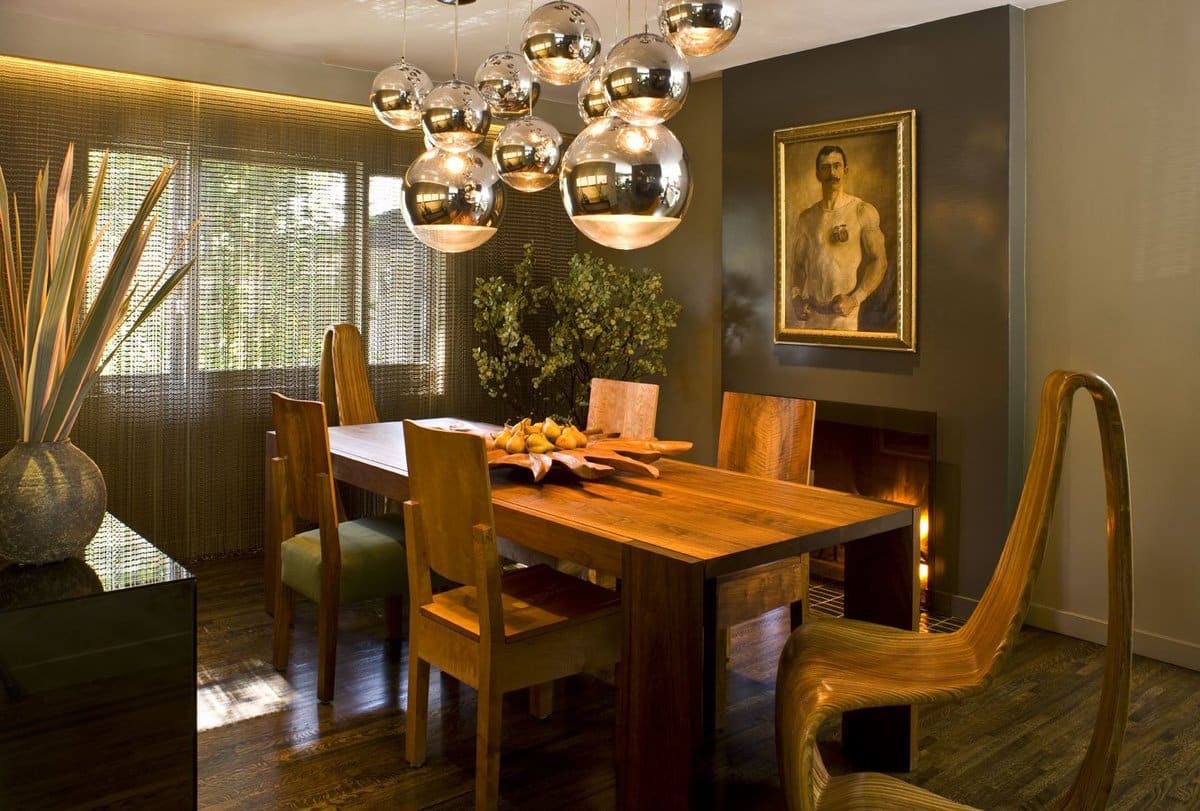 In a Beverly Hills home with a design-forward aesthetic, Jeff Andrews injected a refined bit of drama in the dining room. “All of the chairs are architecturally distinct design pieces that I consider sculptures,” says Andrews. He chose curvaceous head chairs that added dimension to the space while also complementing the four side chairs, designed by Roy McMakin for Domestic Furniture.

For those looking to achieve a similar decor jolt, Andrews recommends “taking a chance on the mix and seeing how pieces work together in person — and with the room’s other elements — to tell a story.” 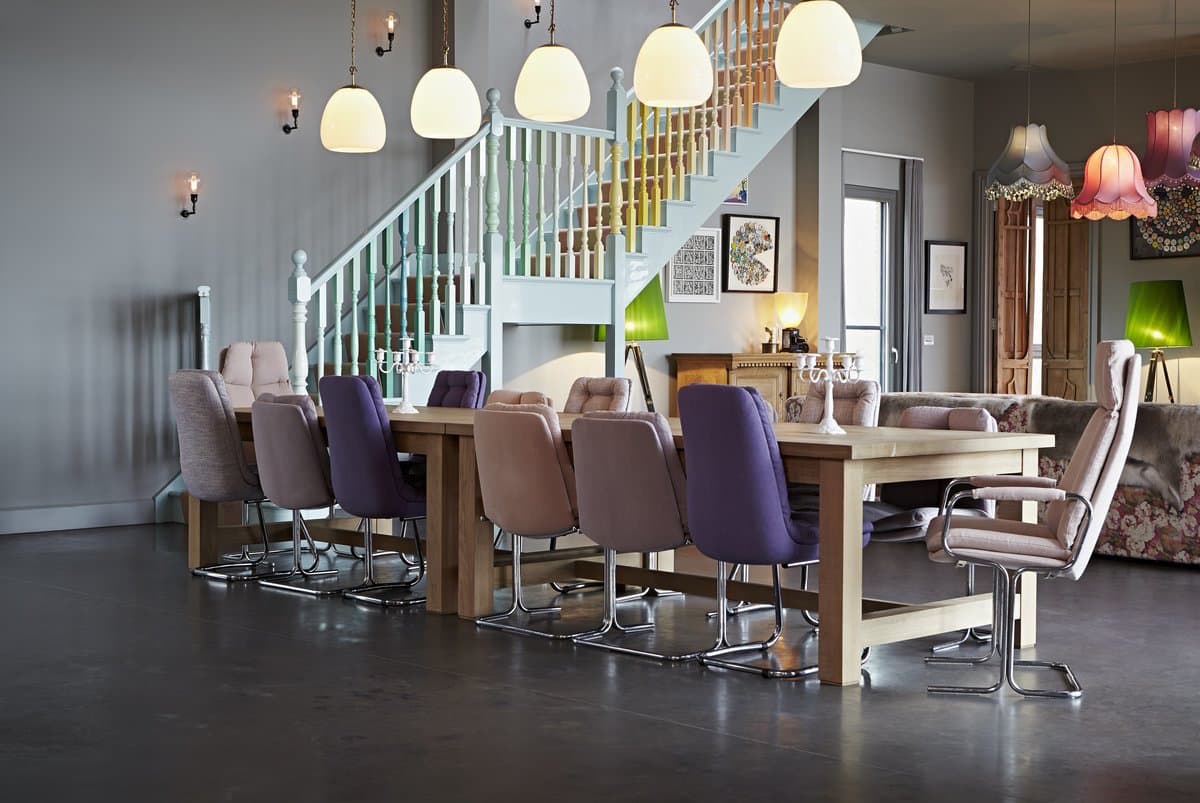 “We had a specific request to create a space that provided visual stimulation in every view,” says Ed Godrich. “Nothing was to be the same or in matching sets.” Godrich succeeded — and then some — in the dining room of this home in England’s West Country. The spacious room could easily accommodate a strong point of view with its 16-foot ceilings.

“To embrace this huge scale, we played with levels throughout and we were able to be quite daring with our approach,” says Godrich. To keep all the chairs visually linked, he chose to use one type of fabric in different tones.

Bring in a Bench 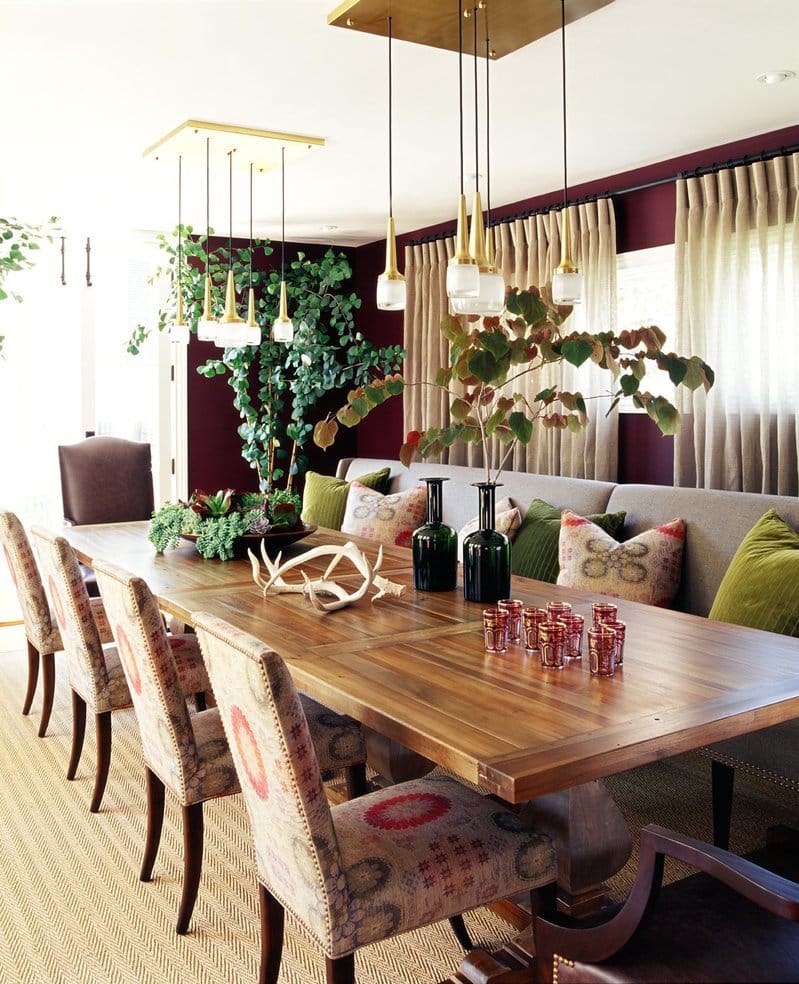 Combining a variety of seating options can be both aesthetically pleasing and downright practical. In a long and narrow Beverly Hills dining room, Andrews had one large dictate: “The client wanted to seat as many as possible, but I don’t like anything that’s too normal or obvious.” His solution? A double-wide banquette topped with comfy decorative pillows. Andrews ensured the seating was cohesive by upholstering the chairs in the same textile as a few of the pillows. 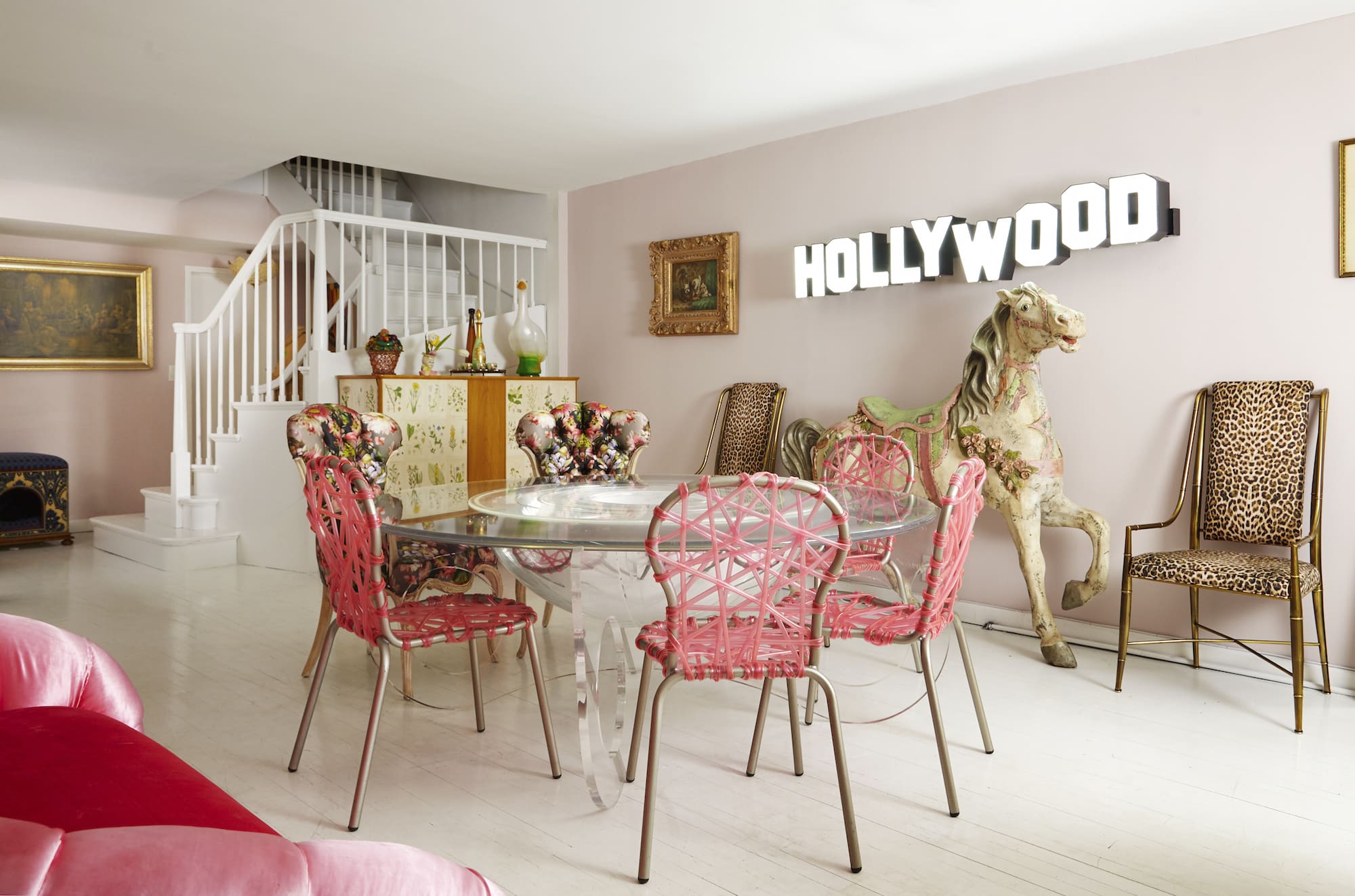 Sasha Bikoff designs spaces that have threads of “unexpected, exciting elements,” as she puts it. To achieve this in a Greenwich Village townhouse, she went for something bold. “I always like the idea of throne chairs at the end of a table. Here, there is a round table, but it is still the same concept,” she says. The thrones in this case are a pair of antique French armchair upholstered in Alexander McQueen fabric, which sit alongside the Campana Brothers’ Zig Zag chairs in pink. 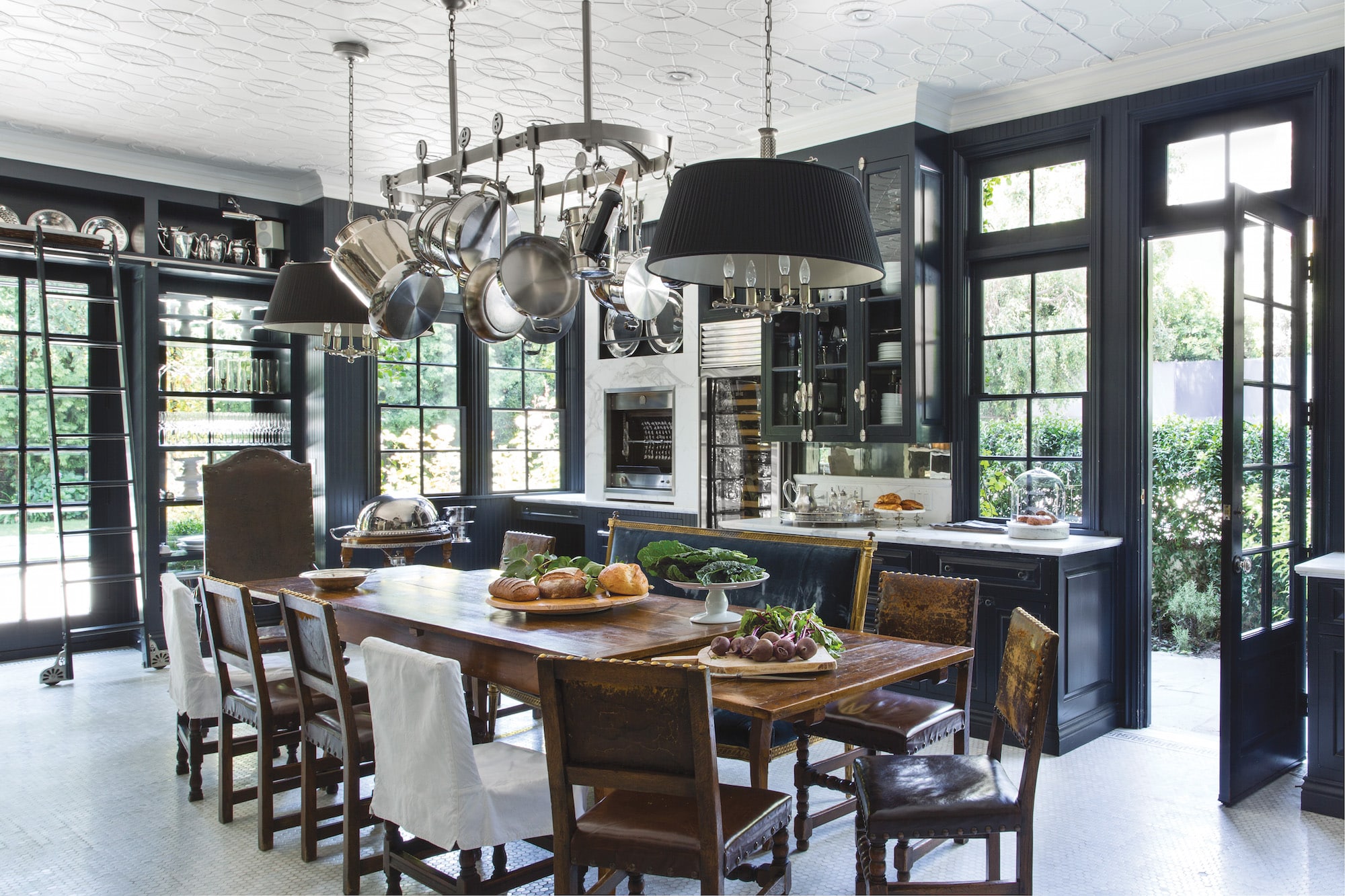 Windsor Smith infuses a breezy and lived-in sensibility into her work. For her own eat-in kitchen in Los Angeles, Smith used “a variety of seating options, because it feels collected over time.” She surrounded the 18th-century Irish table with a velvet settee and antique chairs from Europe that have a caramelized, aged-oak patina. Covers were added to some of the chairs for practical reasons, Smith explains, “the seats became worn, and covers were needed to extend their life.” 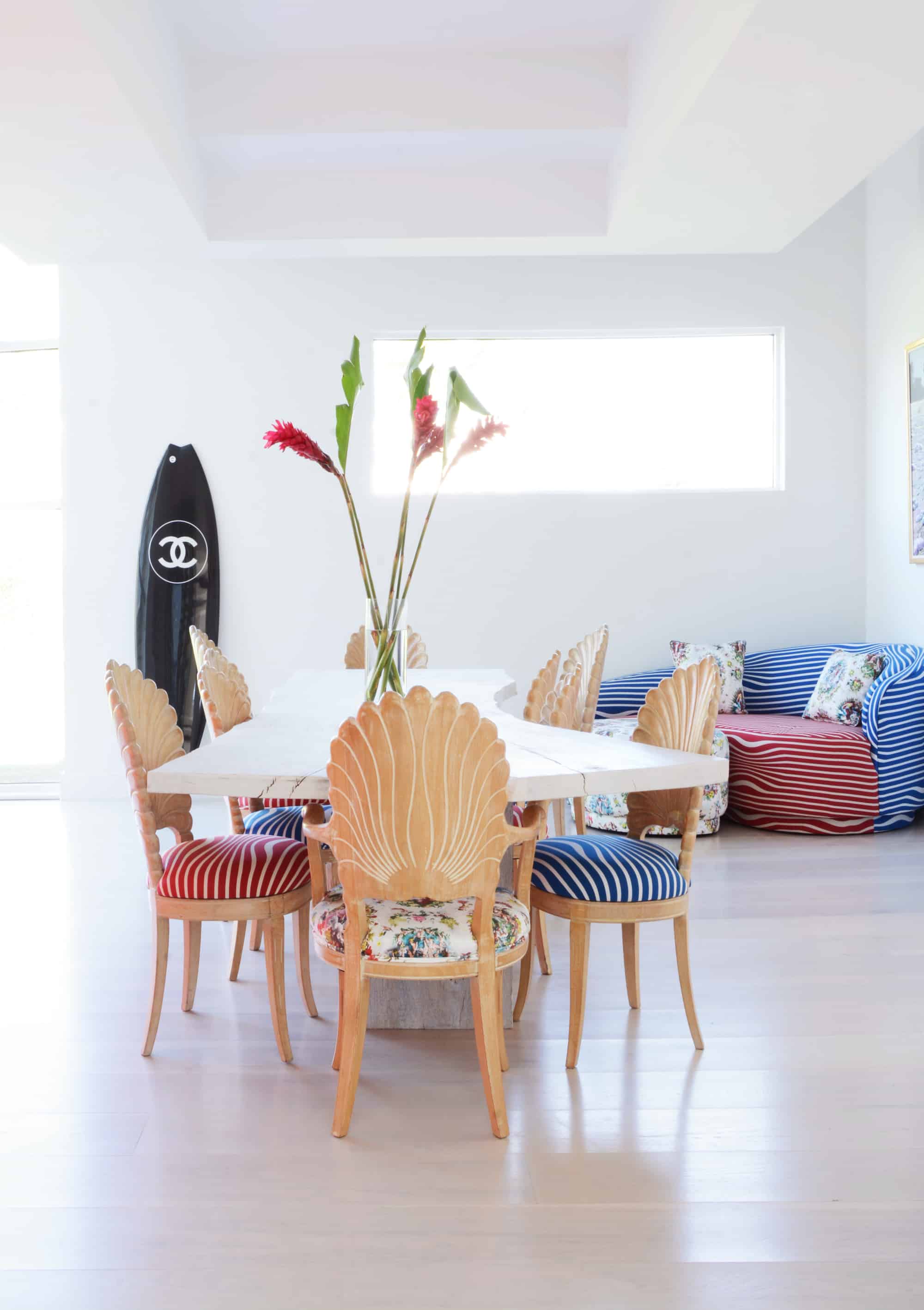 In a Bridgehampton, New York, estate, Bikoff made all components of the dining room tell a similar visual story. The designer finds that “dining chairs are a great way to connect the dots between colors. The settee has elements of the blue and red stripe. At the dining table, I reflected the same patterns.” She upholstered the chairs in three different fabrics by Jean Paul Gaultier. “The fabrics shouldn’t come out of the blue,” says Bikoff, “they should act as elements to further unify the room’s design.”