Mauboussin Place Vendome Lantern Clip
By Mauboussin
Located in Riverdale, NY
Mauboussin &quot;Place Vendome&quot; Lantern Clip in 18k gold. A charming (self promotional) fur clip from the 1940-50's with the address of the jeweler in blue enamel next to an ant...
Category

MAUBOUSSIN 'Times for Ever' in White Gold Automatic Watch 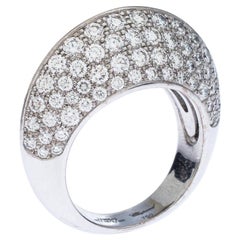 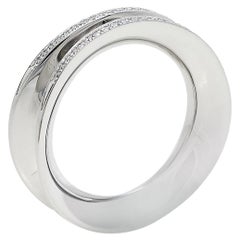 Free Shipping
H .5 in. W 1 in. D 1 in.
Mauboussin Pave Diamonds 18k Yellow Gold Cocktail Band Ring Size 54
By Mauboussin
Located in Dubai, Al Qouz 2
Beautiful and feminine, this ethereal cocktail ring is a statement piece that is designed to complement a variety of your ensembles. This gorgeous piece is rendered in 18K yellow gol...
Category