Scandinavian interior design is beloved around the globe for its less-is-more aesthetic and eclectic mix of antique and modern pieces. We rounded up 16 of the region's most beautiful interiors to showcase the breadth and elegance of design from Sweden, Denmark, Norway and Finland.
Pin
Share
Tweet
Email 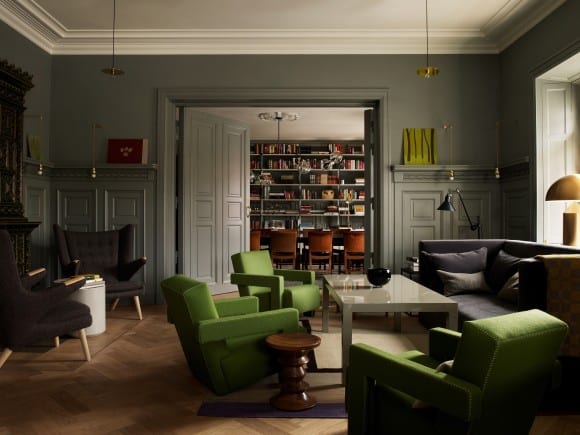 The Ett Hem hotel in Stockholm, Sweden was designed by London-based talent Ilse Crawford and her firm, Studioilse. Crawford updated the property — a 1910 Arts and Craft building — with a mixture of vintage and modern furnishings. 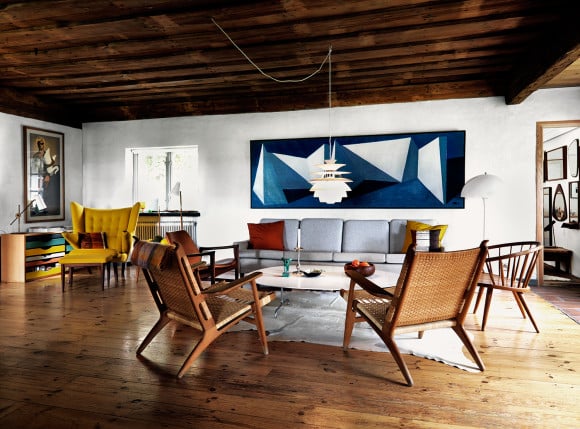 In the Lund, Sweden home of Pelle Ekelin, a 20th-century furniture dealer, a yellow Papa Bear chair by Hans Wegner sits alongside a teak-and-leather Finn Juhl recliner and a rare Kaare Klint painting. 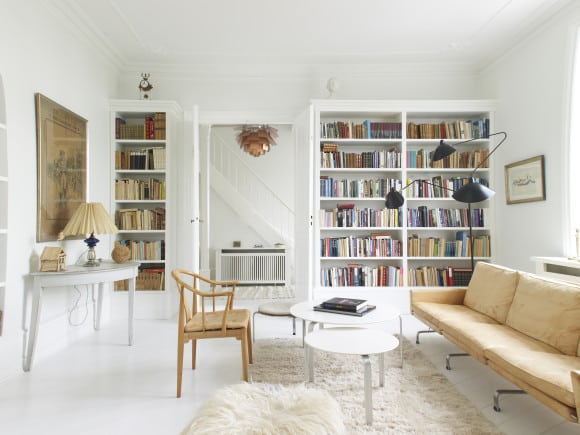 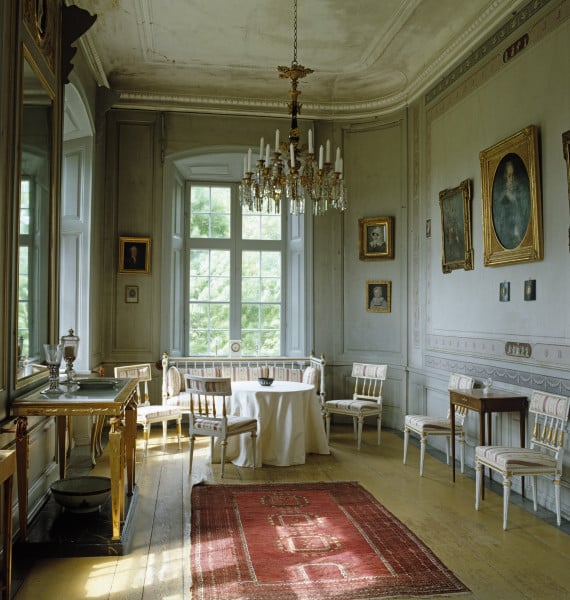 In a Hylinge, Sweden home by architect Olof Tempelman, an airy dining room is decorated with hand-painted borders and furnished with a suite of white-painted late Gustavian chairs. 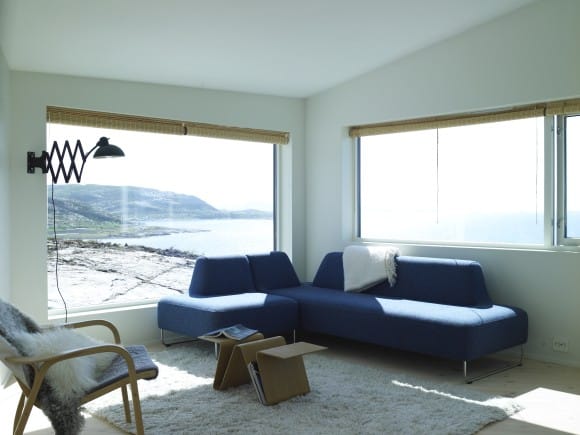 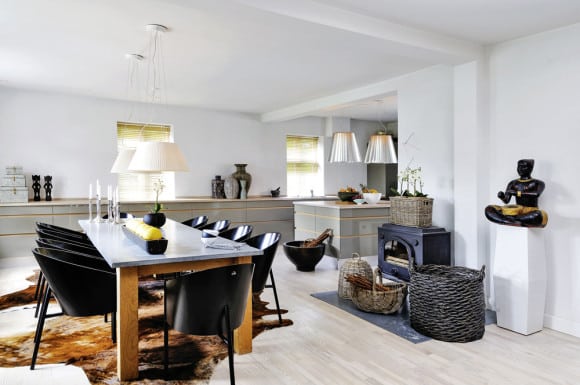 In this charming farmhouse in Gilleleje, Denmark, designers Klaus Bischoff and Erik Nielsen paired an old-fashioned heater with sleek pieces by Philippe Starck. 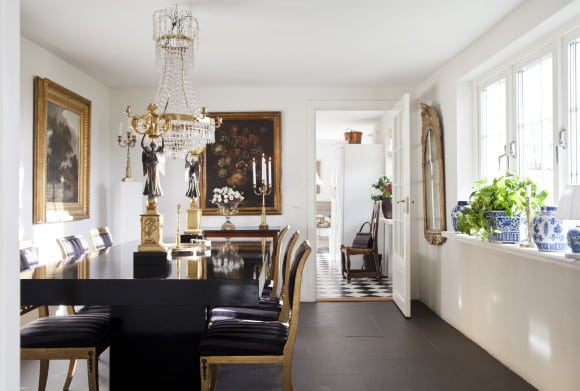 In Sweden, the dining room of Laserow Antiques dealer Karin Laser reflects an antique but streamlined aesthetic. The candelabras are Empire period and the elegant chandelier dates to the Gustavian period. 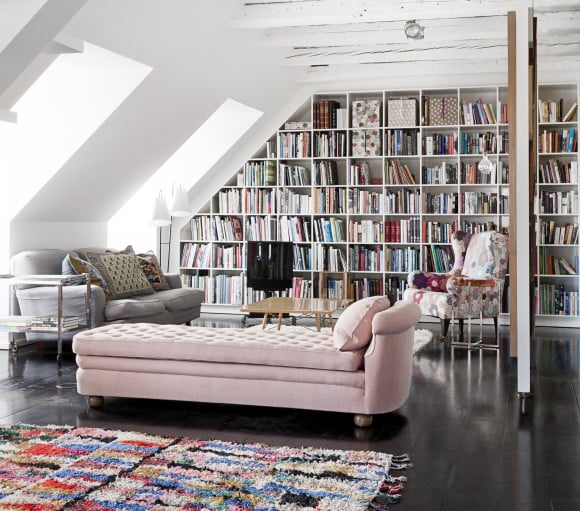 Nestled against a fjord in western Norway, the Gundersen Mountain House by Widjedal Racki Bergerhoff Architects was designed with glass walls and an open plan in order to take advantage of the coastal vistas. 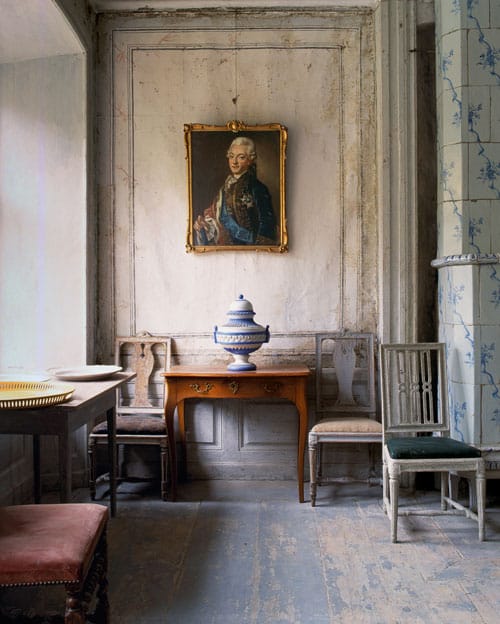 A former curator of the National Museum in Stockholm, Lars Sjöberg was an early champion of the restoration and preservation of 18th-century Swedish homes and antiques. The Gustavian interior above is from Sjöberg’s own home.

Photo via The House Directory 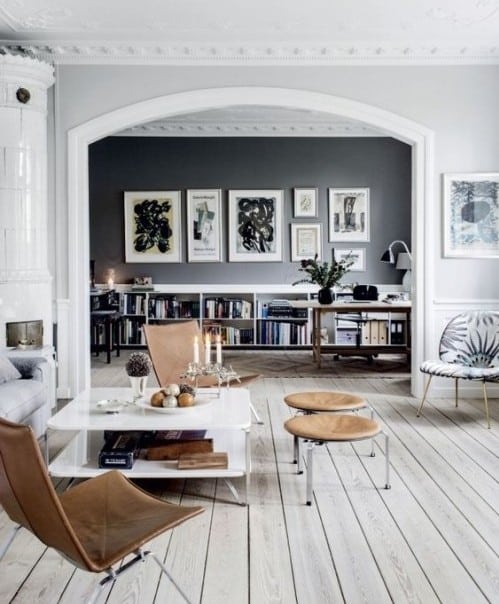 In a suburb of Copenhagen, interior stylist Cille Grut used shades of gray and a pair of PK22 chairs to modernize her family’s 1875 cottage. 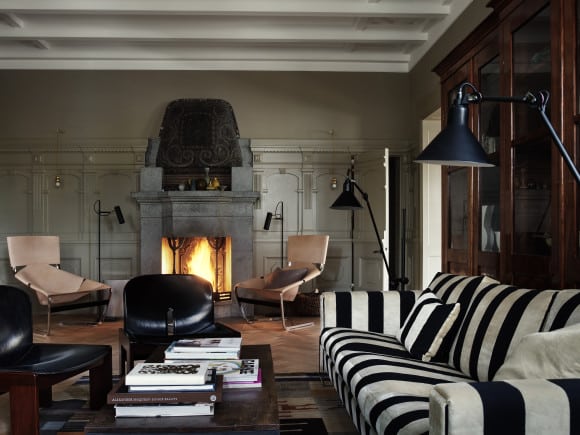 Another room from the Studioilse-designed Ett Hem hotel in Stockholm, Sweden. 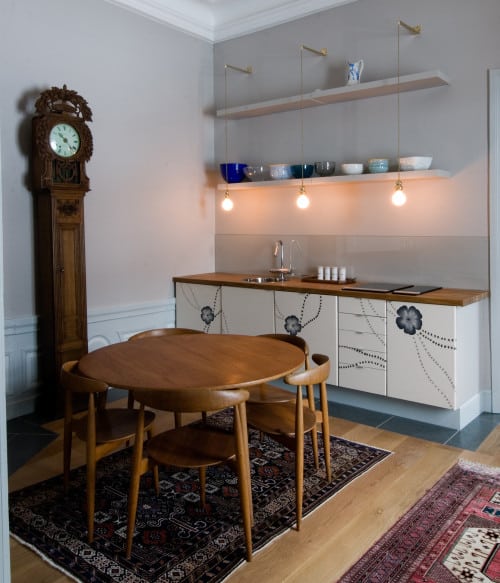 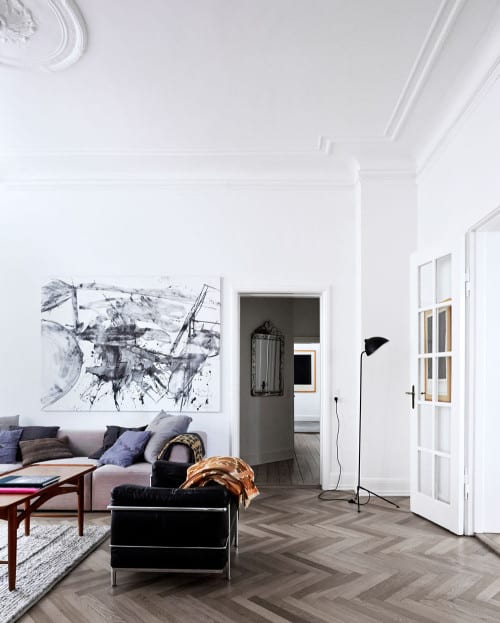 High ceilings and herringbone floors make for elegant counterpoints to a host of mid-century modern furnishings. 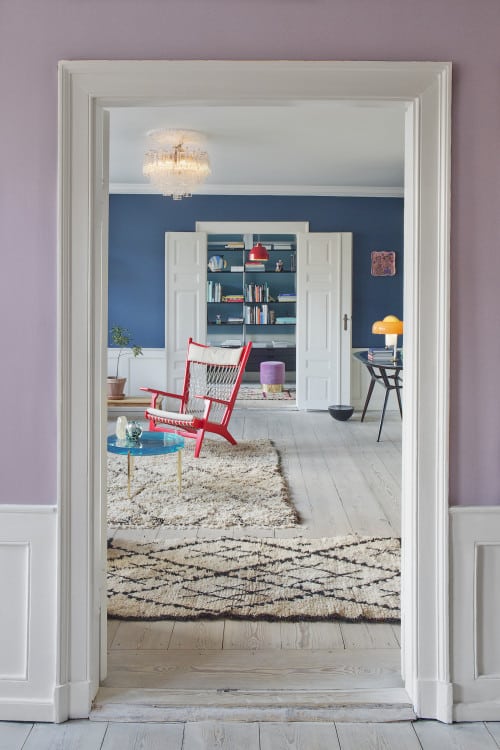 Photo by Heidi Lerkenfeldt for the Apartment 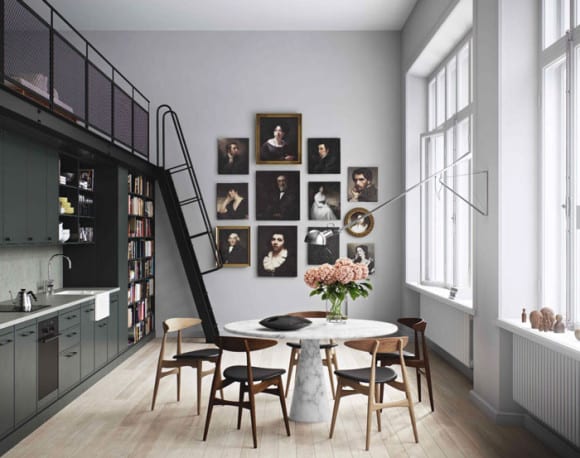 In Sweden, architecture firm Oscar Properties converted classrooms in a former building of the Stockholm Royal Institute of Technology into 70 private residences. 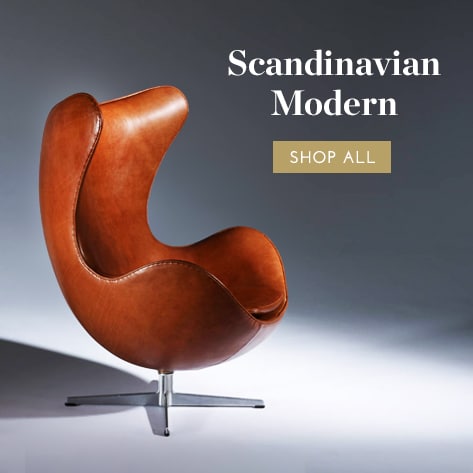