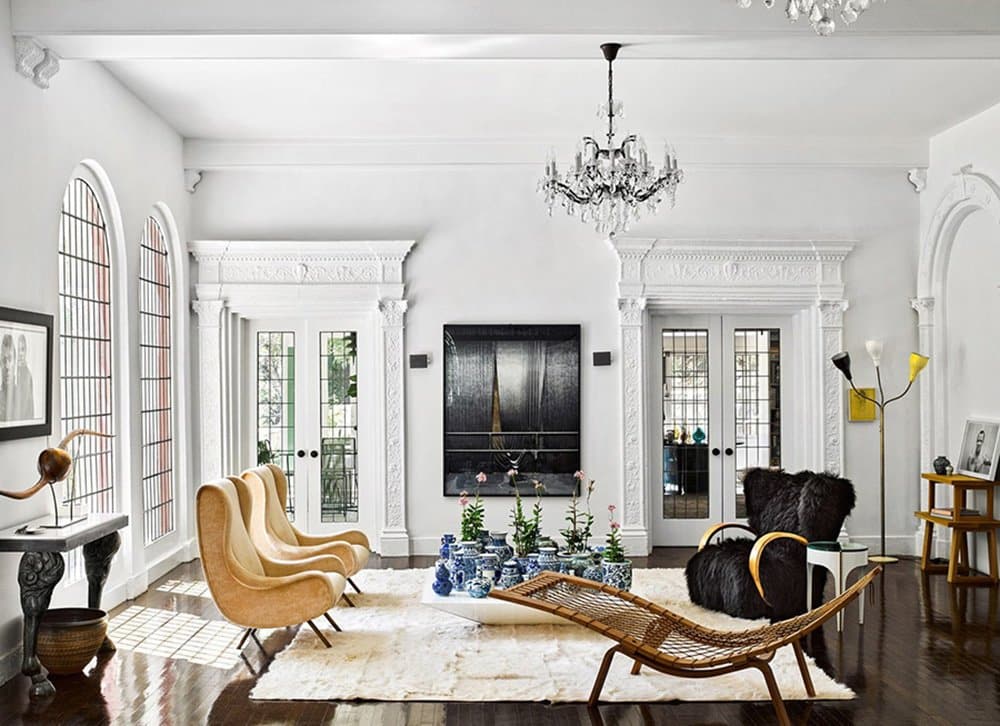 Whether you’re rearranging the furniture in your living room or embarking on a major interior upgrade, architectural details can have a serious impact on the moves you make in a space.

After all, it’s often the “pesky” column, ornate moulding, Georgian mantel or another quirky detail that gives a home its character. Below, seven leading interior designers divulge their secrets for decorating with some of those — at times troublesome but more often enchanting — architectural elements. 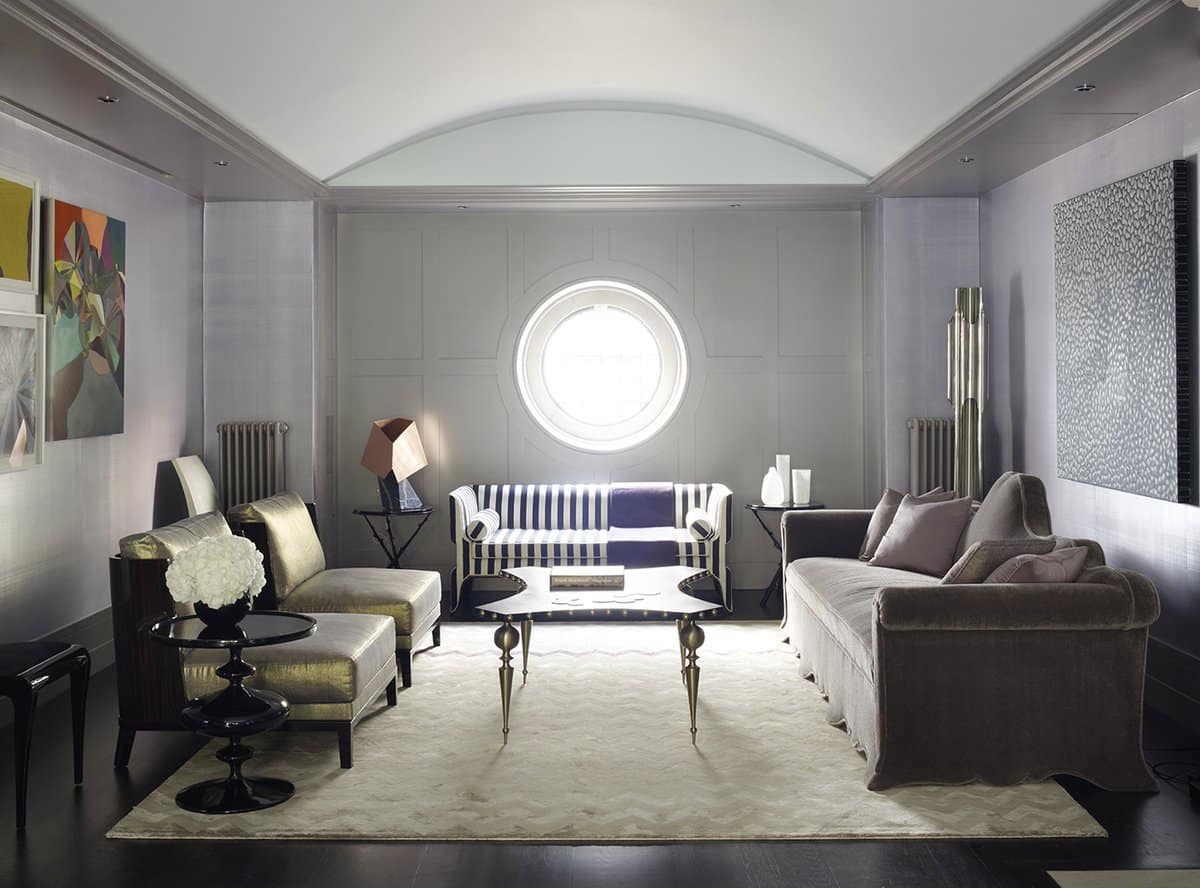 When it comes to windows, Rafael de Cárdenas thinks not only about the proportion of the portal itself, but what other elements are set around it. For a timeless Glebe Place, London, residence brimming with historic character, he put this thought process into play: “Symmetry was essential so the seating would feel well-balanced around the room. We chose the art to specifically complement the window and not exceed it in scale or presence.” 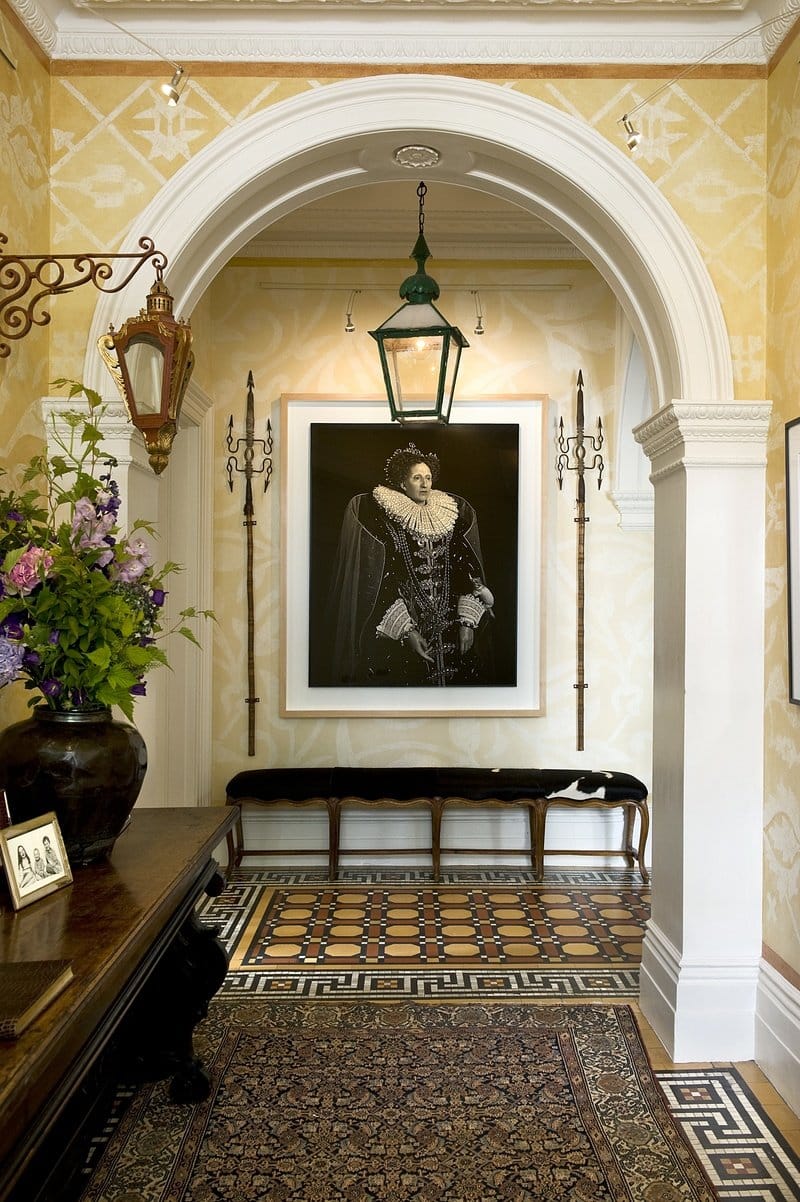 Entry hall of a London Townhouse by Robert Couturier. Photo by Gianni Franchellucci

Balance is key for French-born Robert Couturier, as well. He says, “I start with the space itself and try to make the strong architectural detail not be the only important element, so the space does not feel lopsided. As with everything in design, and maybe in life, it all boils down to balance!” In a regal London townhouse, he incorporated patterned tiles and textural wall coverings to offset the detailed moulding, coffered ceilings and stunning archways. 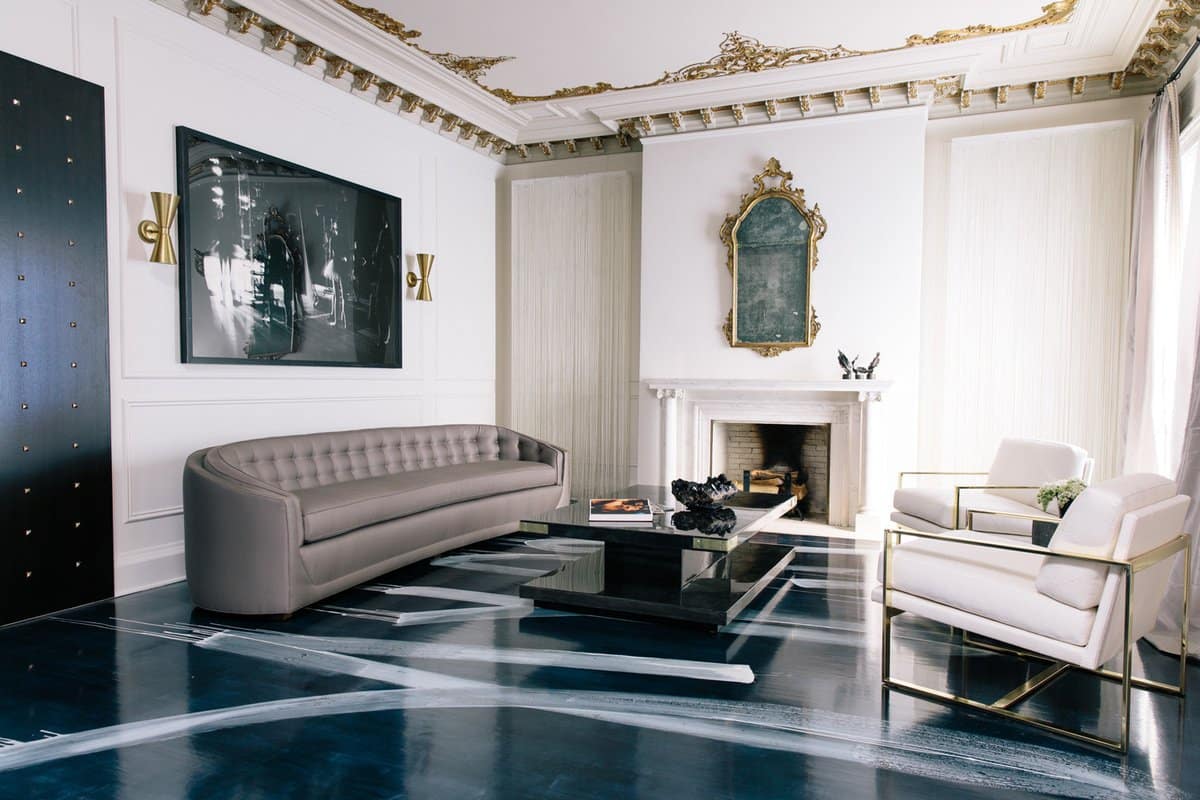 As she puts it, “This room’s original gilded ceilings presented an interesting challenge: to design a room around such a classical and stately element while still making the space feel fresh and modern. To that end, I mixed materials in unexpected ways — lacquered parchment with brass hardware, polished stone with silk taffeta.

But perhaps it’s the dramatic floor, lacquered in brushstrokes inspired by the unbridled paintings of Cy Twombly, that adds most overt sense of decadent luxuriousness to the otherwise traditional envelope. 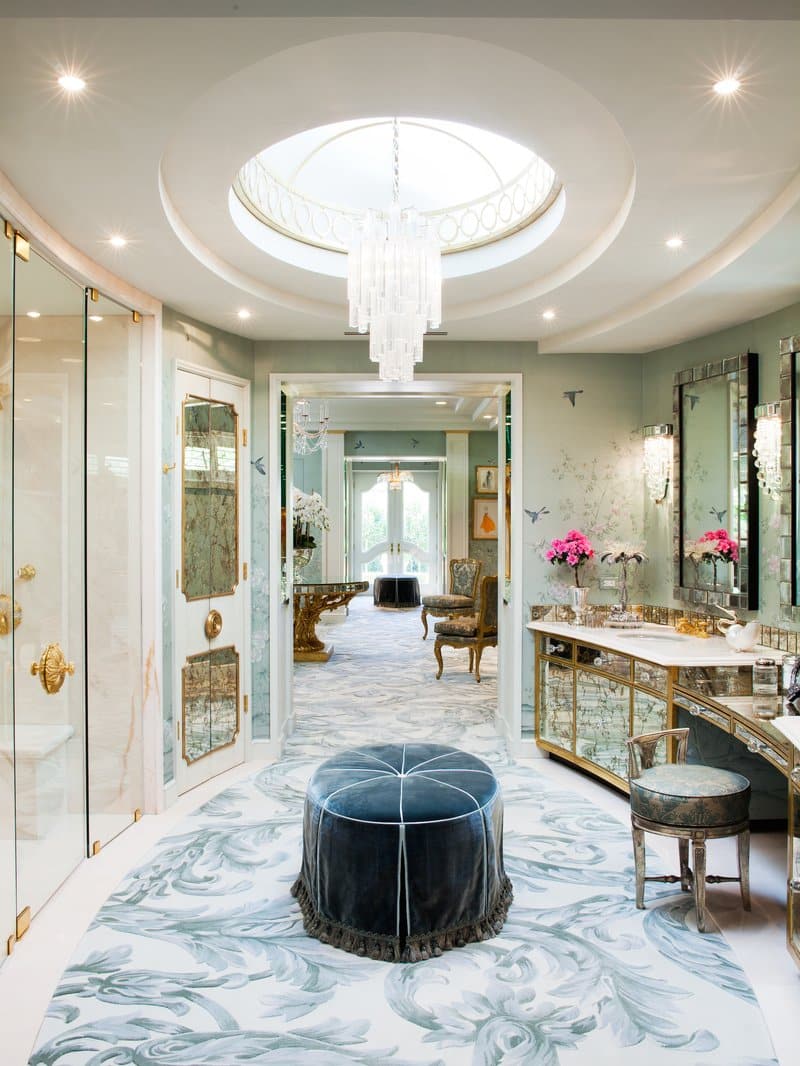 For a client who wanted an interior evocative of Old Hollywood glamour, Los Angeles–based Philip Nimmo started with the elliptical shape of this space, which was to become the ladies’ powder room, and then came the skylight.

“Having designed an oval room, I​ custom-designed an oval skylight that would filter in natural light and create the perfect ambience for applying beauty products.” To add further to the elegant nature of the room, he finished the skylight’s frame with antique silver and 22-karat gold. 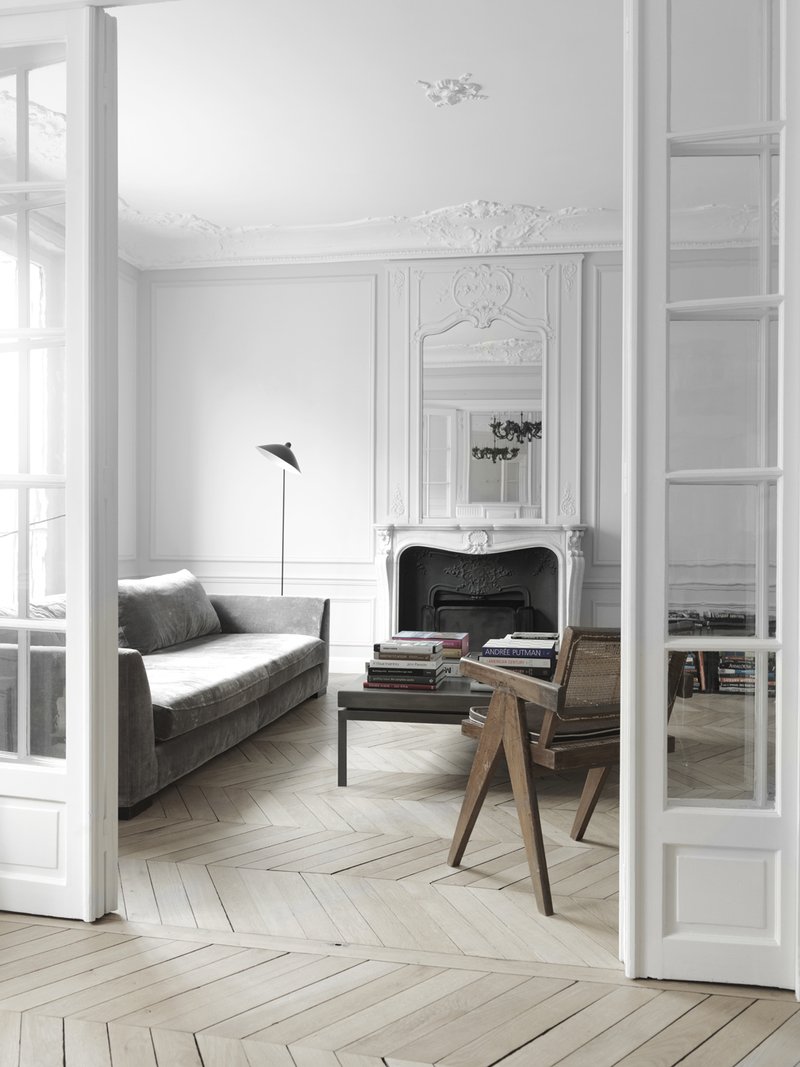 Living room of a Parisian apartment by Nicolas Schuybroek. Photo by Claessens & Deschamps

Architect and interior designer Nicolas Schuybroek met his match in the form of an apartment renovation for a young Parisian couple. Restructuring the space for modern circulation while maintaining the original architectural ornament proved to be a tall order. But the designer found the perfect solution in the form of French doors, whose transparency adds lightness to the already understated interiors.

When it came to furnishing the space, Schuybroek contrasted the historical with the modern: “In this Paris apartment, the traditional Hausmannian architectural details are offset by clean-lined icons of modern design, including Pierre Jeanneret‘s cane-back armchairs and Serge Mouille‘s slender floor lamp.” 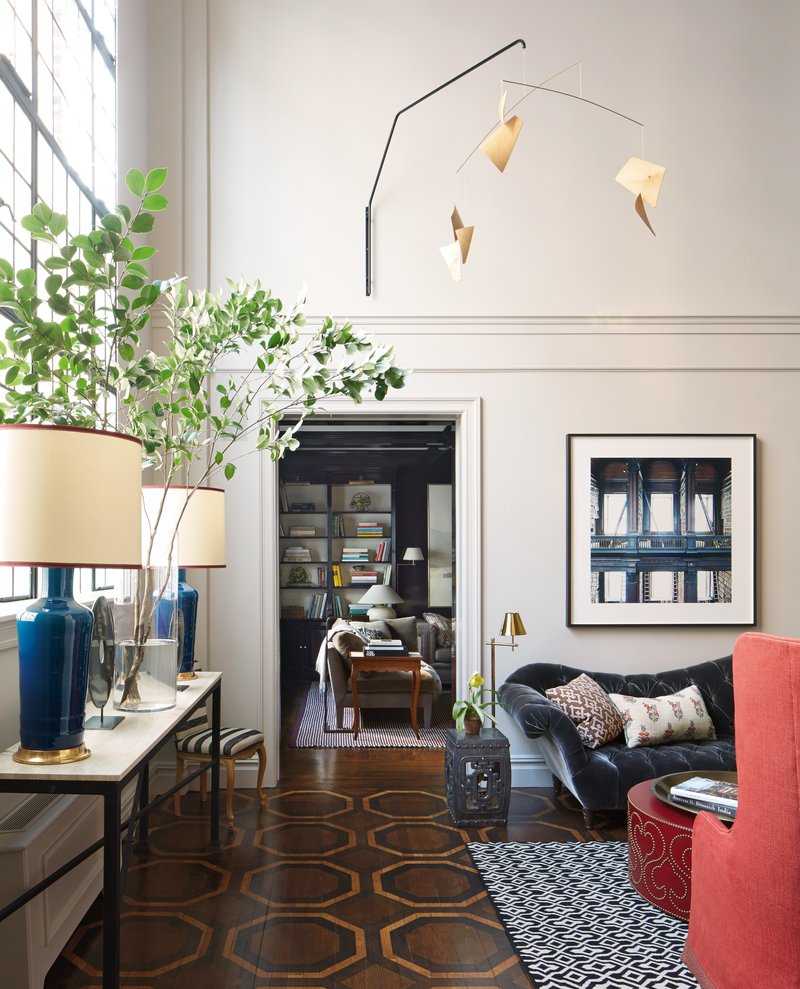 Repetitive, geometric motifs in wood flooring can ground a room while tying together contemporary artworks into a historic setting, as evidenced in this Upper East Side duplex chock full of antiques and modern art. About the custom design, Timothy Whealon says, “I wanted to ground the room so I had the floor hand stenciled in a design that was modern but that harkened back to the Renaissance. The Candida Höfer photograph of Trinity Library creates an illusion of a room beyond the room, which further expands the otherwise narrow space.” 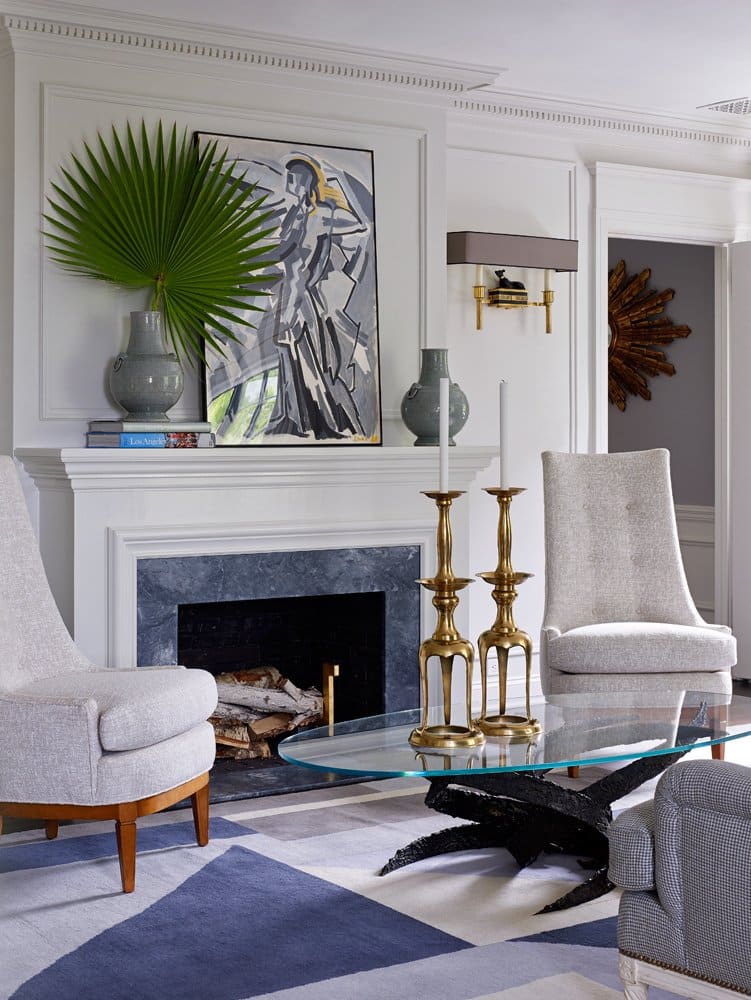 Not much contends with a fireplace in its capacity to anchor a room and to define an aesthetic. The decision to incorporate a period fireplace rather than commissioning a sleek, contemporary one can make or break a space. The master bedroom of this 1930s Los Angeles property restored by Paris-based Jean-Louis Deniot illustrates this point. The designer says about his approach, “I always organize rooms around fireplaces, so it is very crucial to find the right one with the right style, right condition and right measurements.” 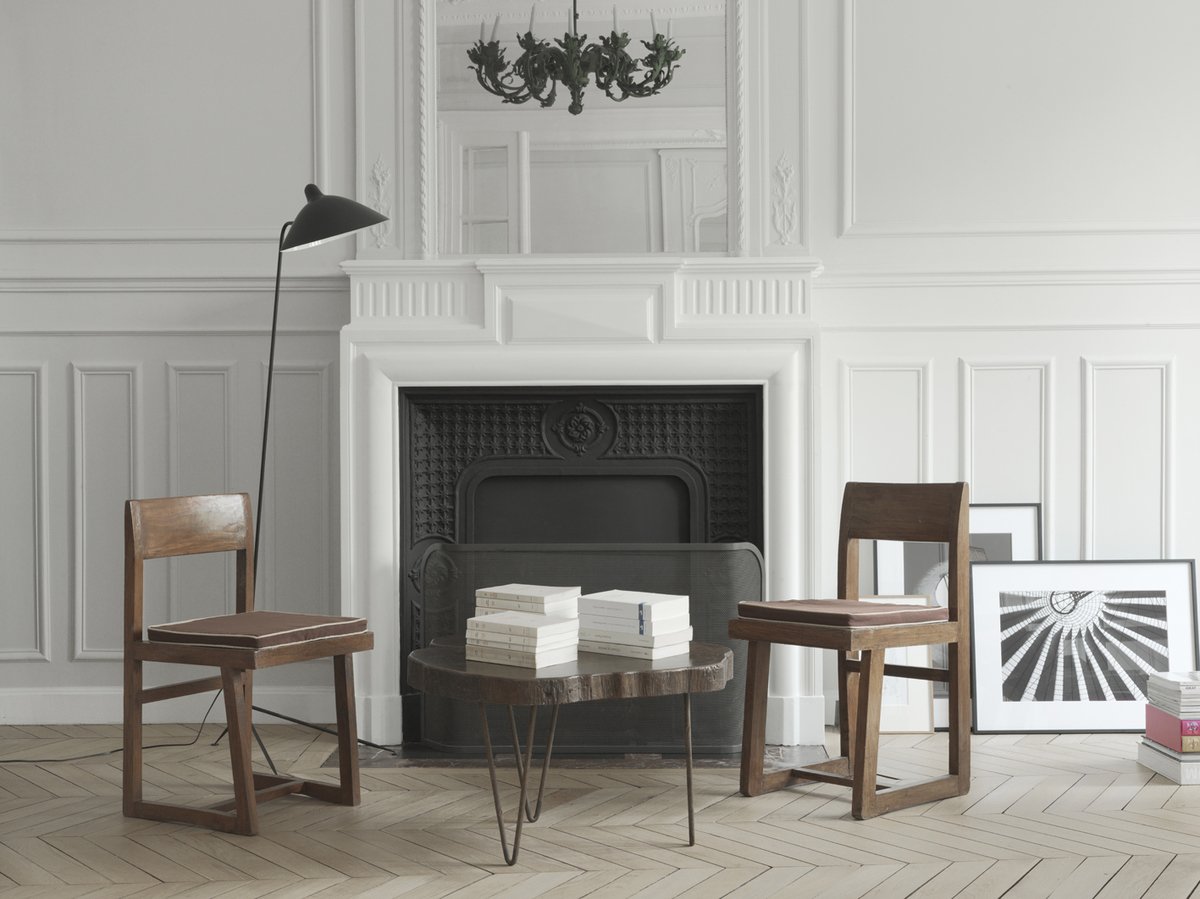