From eat-in kitchens to cozy alcoves, these rooms celebrate the diverse designs and universal appeal of the casual dining space. Feast your eyes, then browse furniture, decor and more to inspire you — as you sip your morning coffee or grab a midnight snack.
1st Dibs
Pin
Share
Tweet
Email 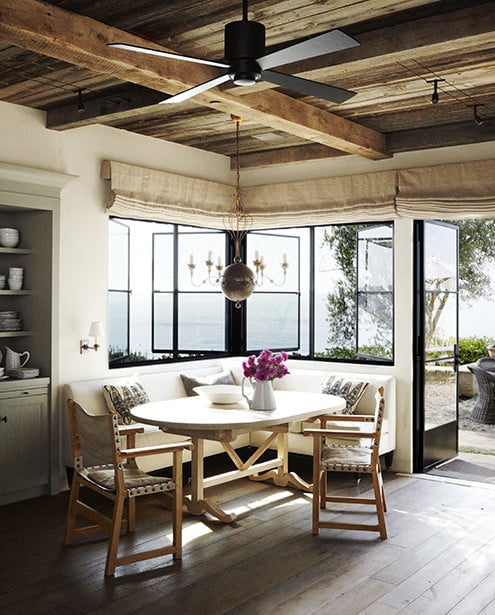 In Southern California, M. Elle Design created a cozy and comfortable spot for their clients to enjoy breakfast with ocean views. The studded dining chairs were sourced at Lucca & Co.. 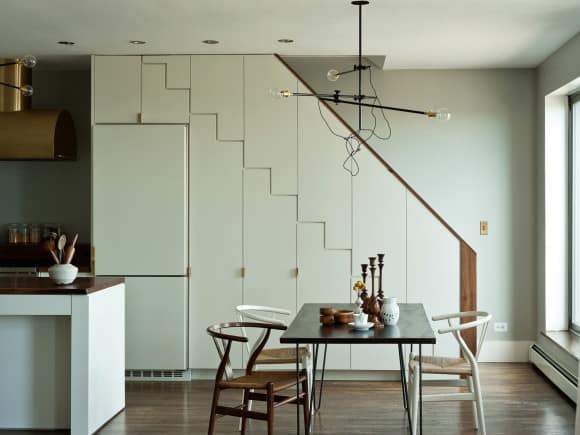 Japanese Tansu stairs — which function as both a storage unit and architectural element — inspired the design of this Brooklyn kitchen by Workstead, who also created the overhead chandelier. The dining chairs are by Hans Wegner. 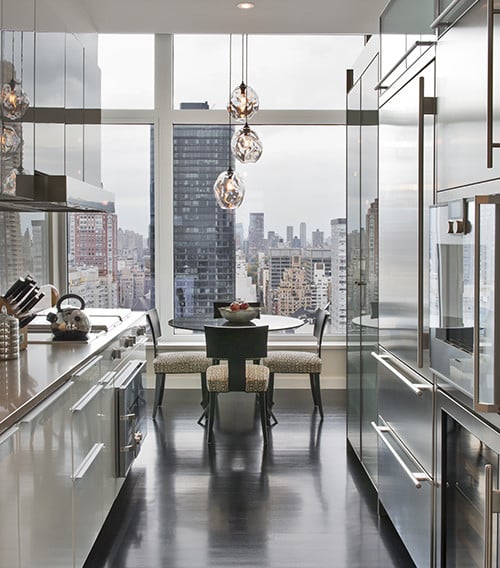 Champeau & Wilde relied on elegant, understated pieces and a three-light suspension pendant to emphasize the skyline views of this New York City apartment. 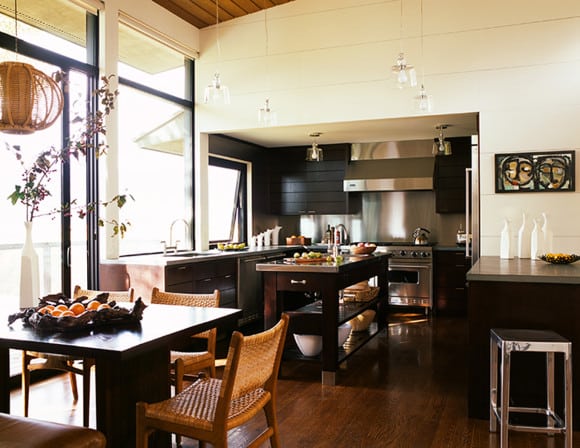 For this Jackson Hole, Wyoming, home, Madeline Stuart used a host of vintage items — including woven Hans Wegner chairs from Lawson-Fenning and a painted enamel wall hanging from J.F. Chen — to create a rustic-yet-clean dining space in the kitchen. 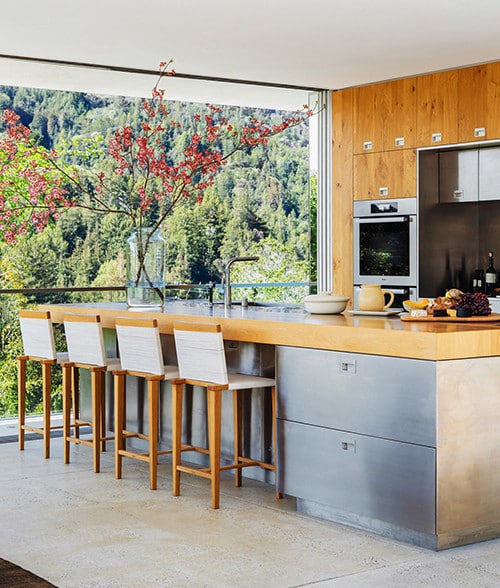 Designer Nicole Hollis mixed a pared-down design scheme with warm, organic finishes to generate a “material language” that speaks to both the contemporary architecture and incredible mountain scenery of this Larkspur, California, house. 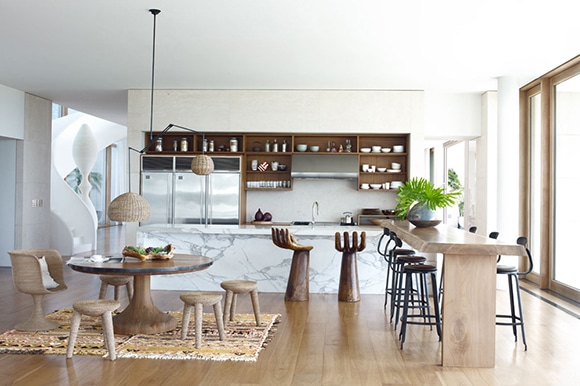 Comfort and flexibility were imperative in the casual dining space Kelly Behun designed for her young family on Long Island, New York. The elevated bar table may be utilized for buffet-style entertaining, while the round table — a custom Behun Studio piece — is perfect for cozy family meals. 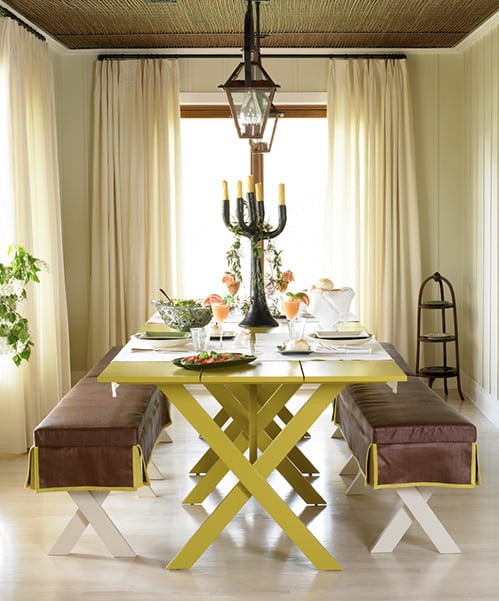 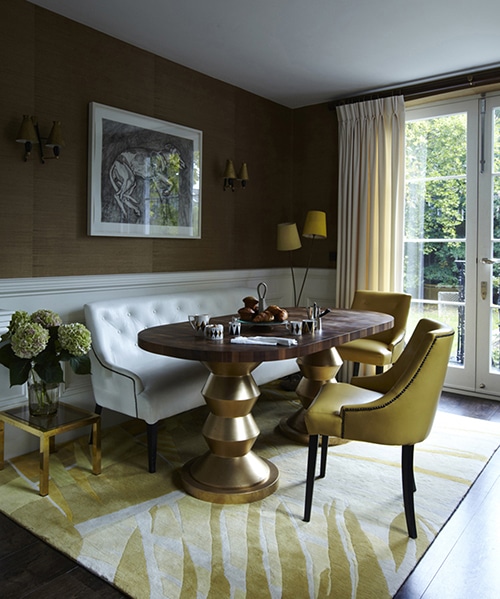 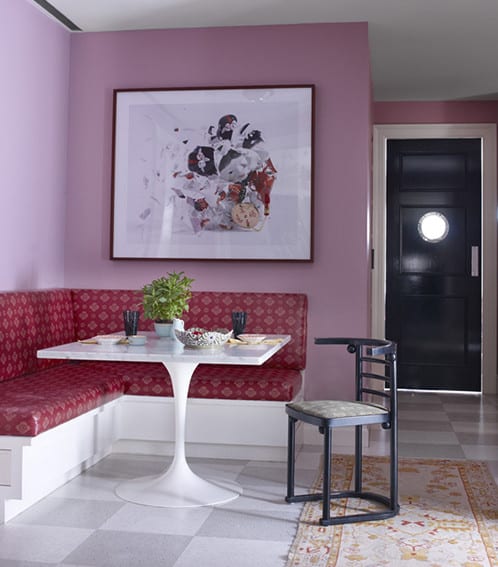 For an Art Deco-era apartment on Manhattan’s Upper East Side, designer Alexander Loew sought to deviate from “standard-issue whites and neutrals,” instead opting for a period-appropriate palette of red and pink that also complements the client’s Martin Klismas photograph. The 1907 Josef Hoffmann chair was purchased from Wright, and the 1920s Khotan floor covering was found at Nazmiyal. 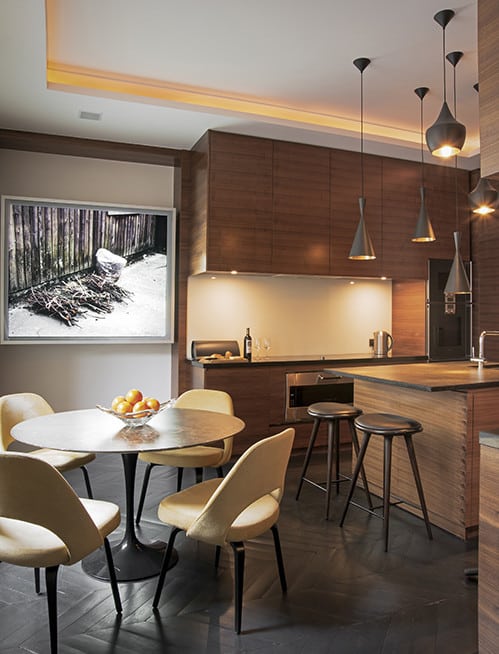 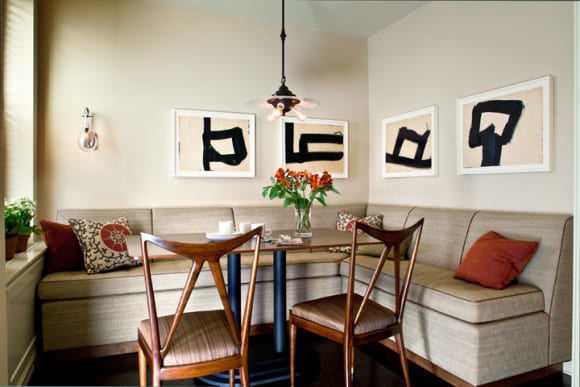 In this New York City apartment, Glenn Gissler used a pair of 1960s Ico Parisi chairs and a series of Al Held ink drawings from Loretta Howard Gallery to create a breakfast nook that was at once inviting and sophisticated. 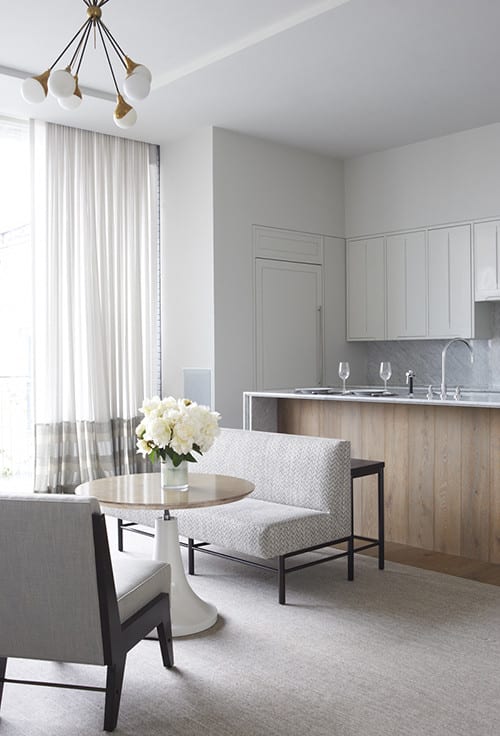 Seeking to deviate from a traditional island-and-bar stool configuration, Shawn Henderson designed an upholstered banquette-slash-bench that allows for a multitude of seating arrangements in this New York City kitchen. 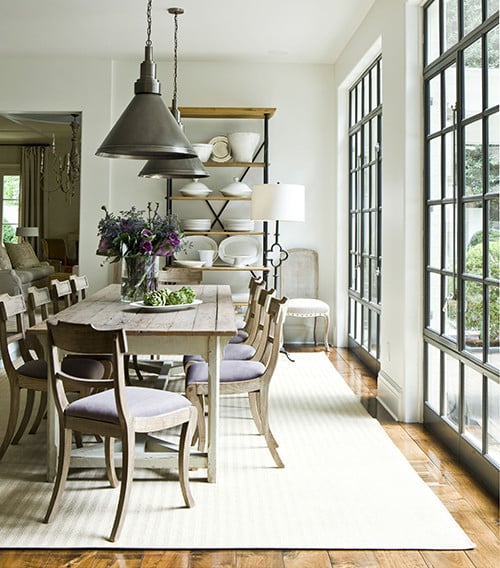 Filled with a mixture of Swedish and Regency antiques, Suzanne Kasler’s own Atlanta dining space draws its inspiration from a European farmhouse. The table was sourced at Holland & Company, and the iron windows are by Crittall’s. 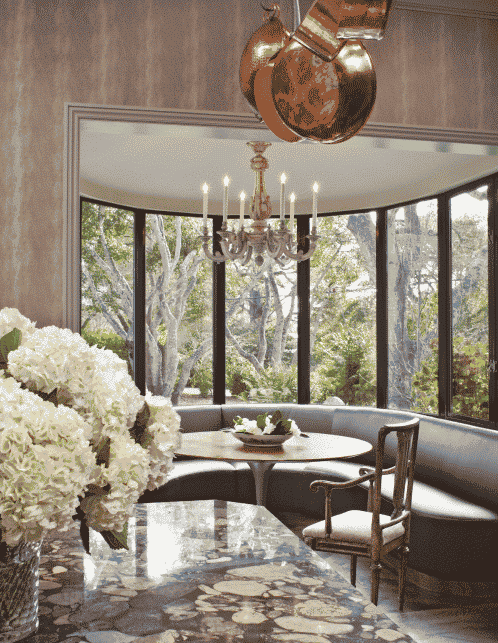 The owners of this Carmel, California, home asked Fisher Weisman to create a space where their grandchildren could play and eat while adults congregated in the kitchen. The eclectic solution deftly combines an 18th-century armchair, a leather-upholstered banquette and an early-20th-century painted chandelier. 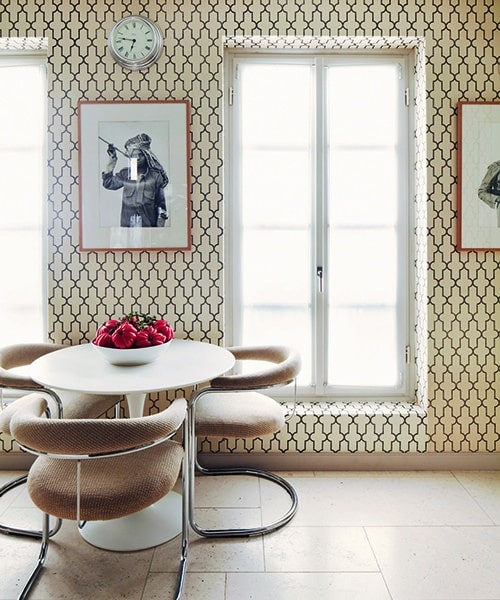 Bold, geometric wall coverings and plush Milo Baughman armchairs make for a sleek, stylish tableau in the kitchen of a Monaco villa designed by Timothy Whealon.