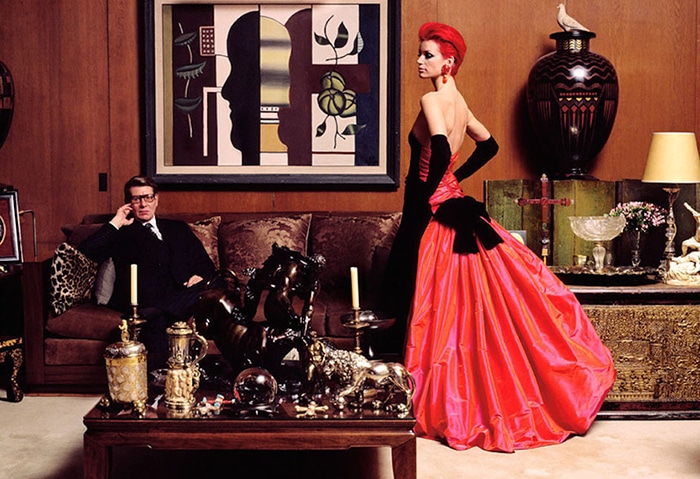 Away from their respective ateliers, the following fashion creatives seek shelter from the catwalk. Much like their seasonal collections, these designers’ residences display a wide range of influences; a diverse combination of materials, colors and patterns; and a careful balance of aesthetics and function. Scroll down to see some of our favorite high-fashion homes from the likes of Coco Chanel, Raf Simons, Valentino and Stefano Pilati. 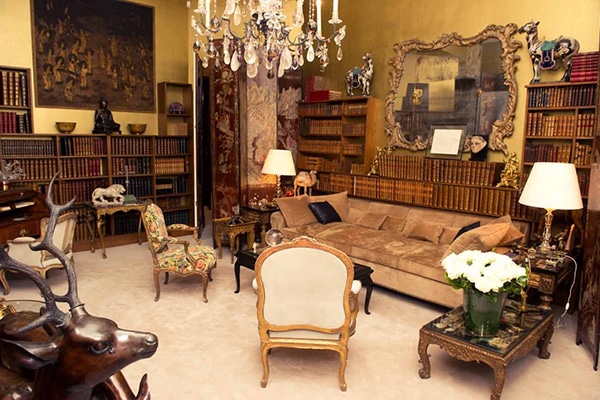 An interior of Coco Chanel’s Paris apartment at 31 Rue Cambon. Chanel lived on the third floor of this four-story townhouse, one level beneath her brand’s atelier. The home’s mirrored staircase is said to have been installed so that Chanel could stand in one place and observe happenings on all floors.

Photo by Stephanie Mark of The Coveteur. 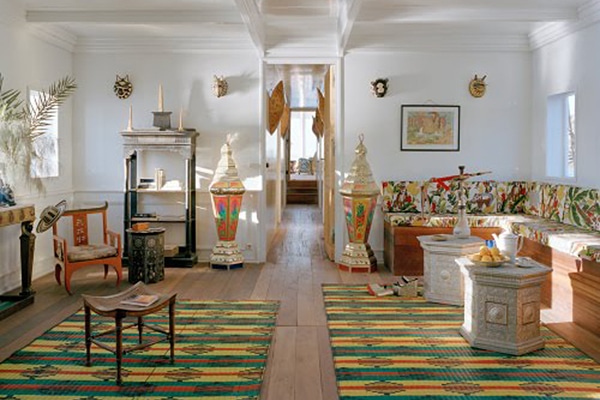 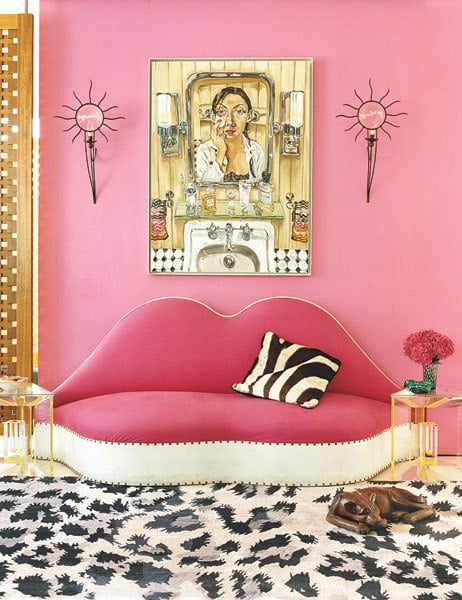 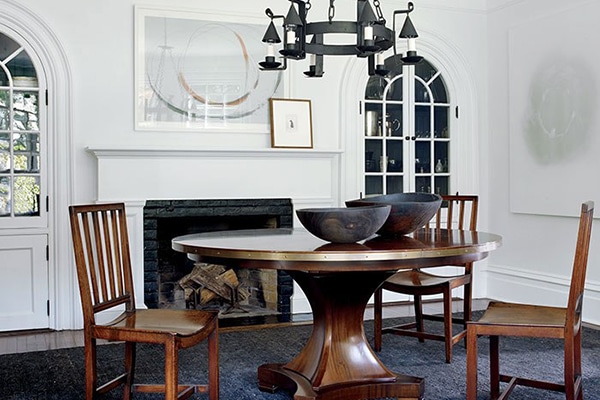 Spare yet sophisticated, Villa Mabrouka in Tangier was Yves Saint Laurent‘s last home. As with many of his residences, Laurent created a fictional inhabitant as a point of reference for the interior design. Here, the designer imagined rooms in which a 1950s English couple had decamped for Morrocco. 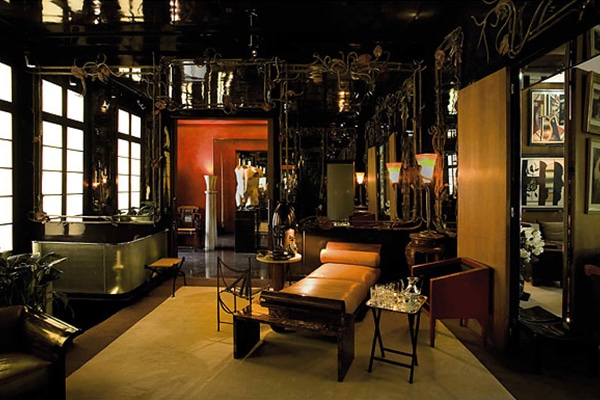 In contrast, the Paris apartment shared by Yves Saint Laurent and Pierre Bergé on the Rue de Babylone was inspired in part by two real-life friends: Marie-Laure and Charles de Noailles, two of the most important arts patrons of the 20th-century. 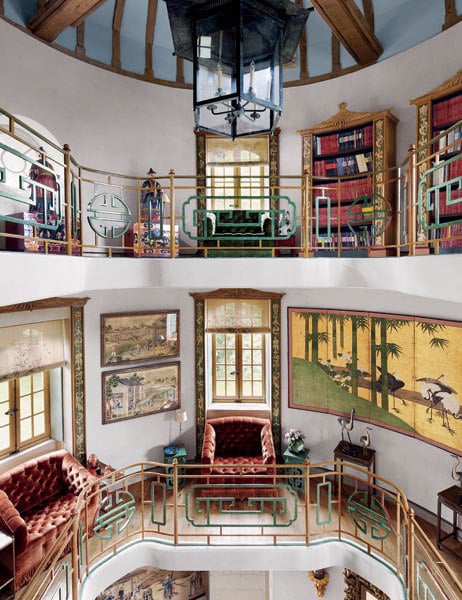 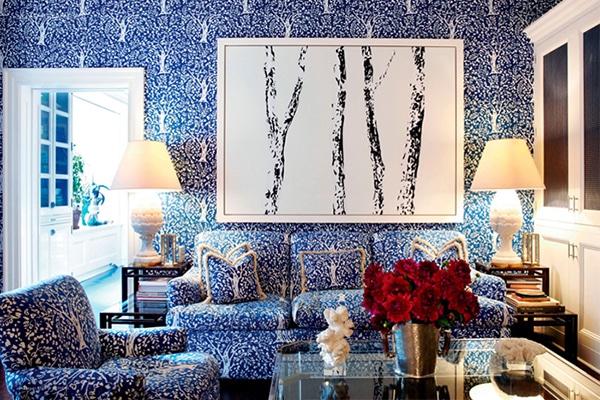 In one of the many vibrant, colorful rooms of Tory Burch’s Manhattan home — designed by Daniel Romualdez — sculptural ceramic lamps offset patterned walls and upholstery. 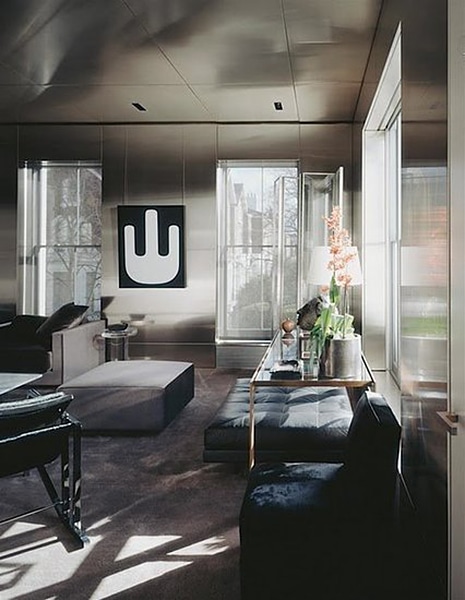 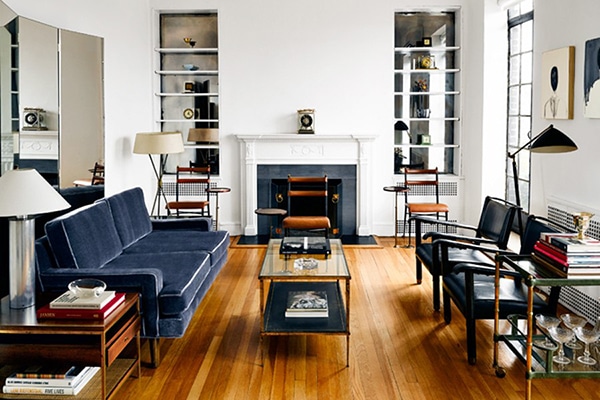 Set in a 1930s brick building, Thom Browne’s Greenwich Village apartment is furnished with several wood pieces by Jacques Adnet and Dunbar alike. Keeping everything in time is the 1970s Jaeger-LeCoultre clock on the fireplace mantle at center. 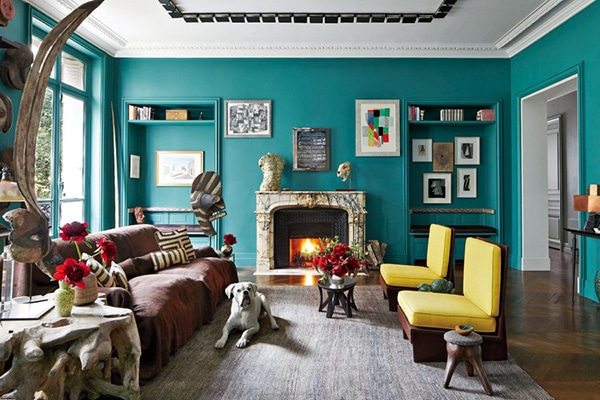 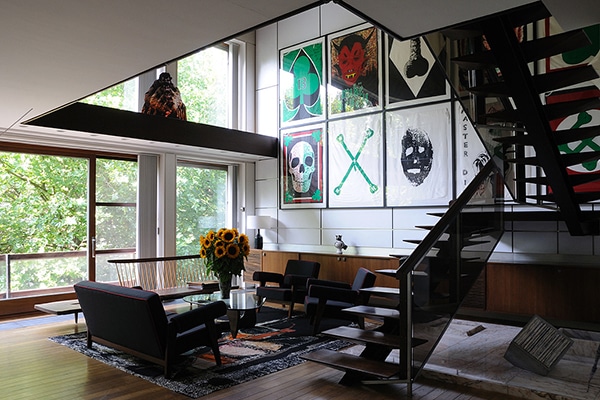 The Antwerp home of Raf Simons, who heads up design for Christian Dior, is filled with his collection of mid-century modern furniture. “I find it relaxing to be in touch with creations by other people,” Simons has said.

Photo by Ivan Terestchenko via The Wall Street Journal. 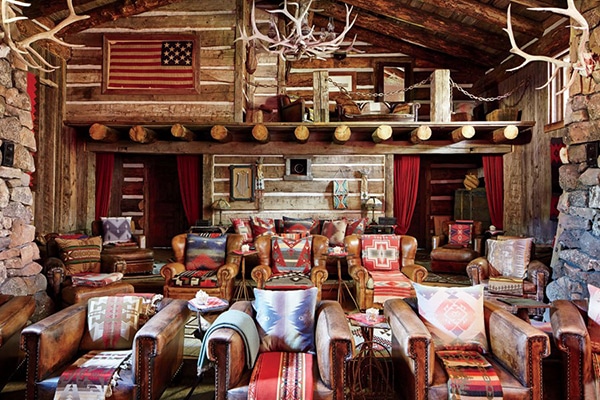 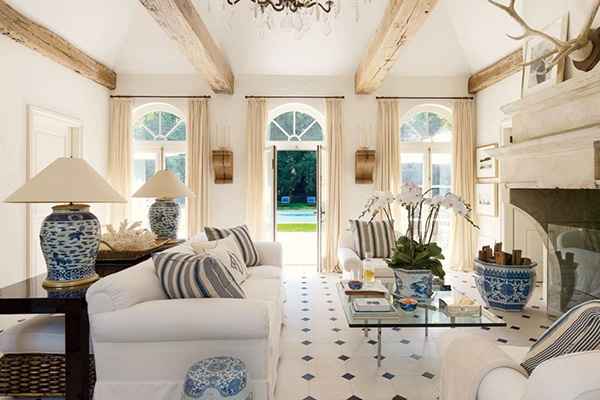 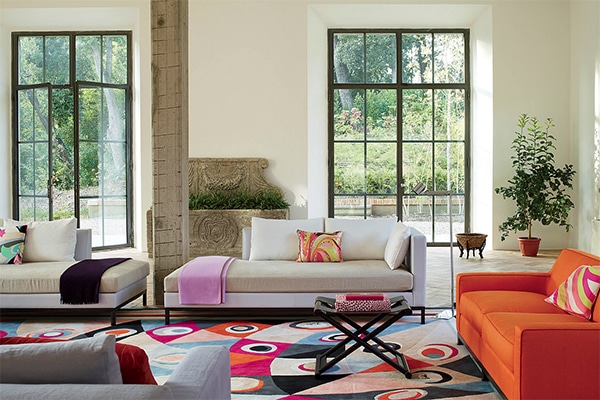 The Pucci family’s Tuscan estate, Granaiolo, is situated on a 150-acre property in Castelfiorentino, Italy and heavily reflects the brand’s colorful, kaleidoscopic prints.

Photo by Simon Upton via The Wall Street Journal. 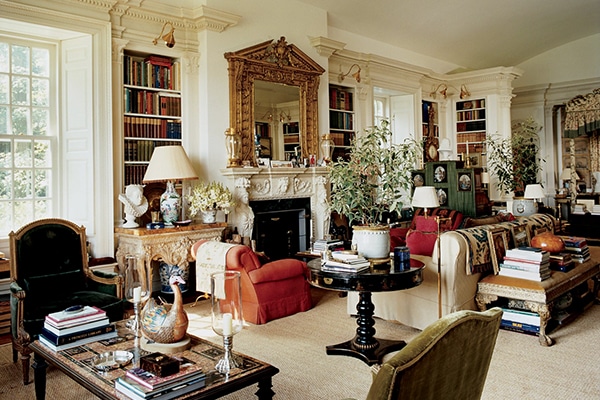 A William Kent table, next to the mantle, and the Louis XVI chairs in the foreground are permanent visitors at Oscar de la Renta’s Connecticut country home.

Photo by François Halard via Vogue. 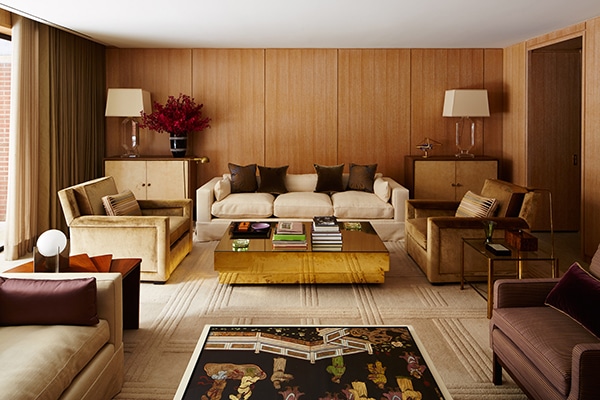 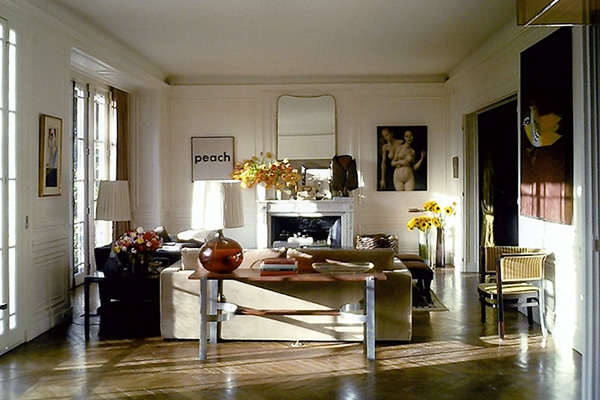 Marc Jacobs’ New York (above) and Paris apartments (below) were created by interior design by Paul Fortune, who muses on the spaces: “You really can’t define the style: Is it Paris in the 1930s? Buenos Aires in the 1940s? New York in the 1970s?” Jacobs’ art collection reflects this eclecticism, with works from Ed Ruscha and John Currin side-by-side. 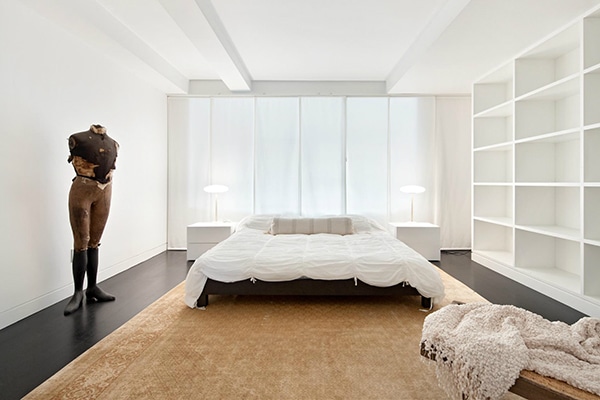 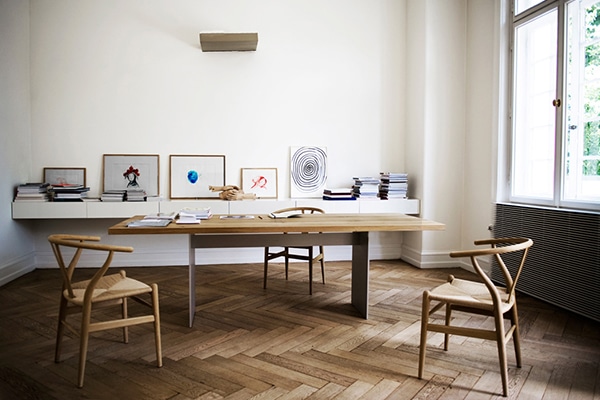 Jil Sander’s lakeside home in Hamburg makes use of the clean lines seen in her eponymous label. A trio of Hans Wegner chairs echoes her minimalist-but-thoughtful aesthetic.

Photo via The New York Times. 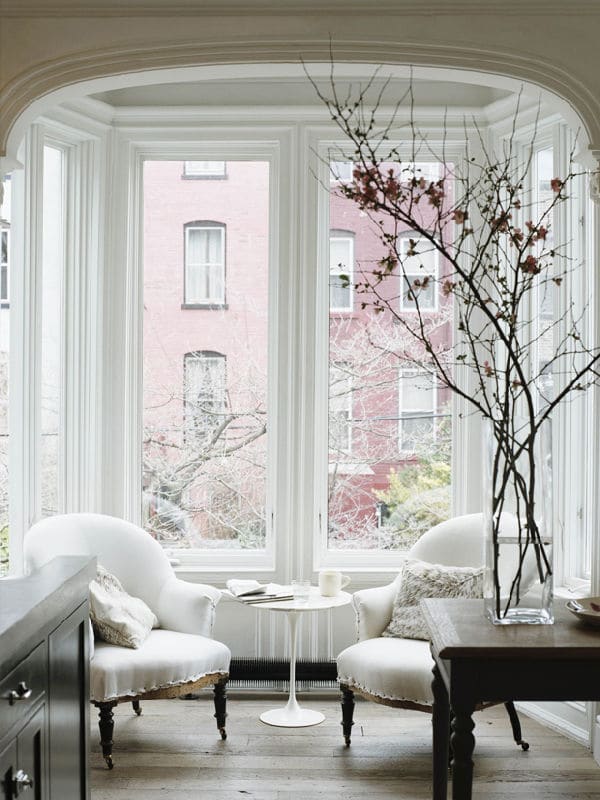 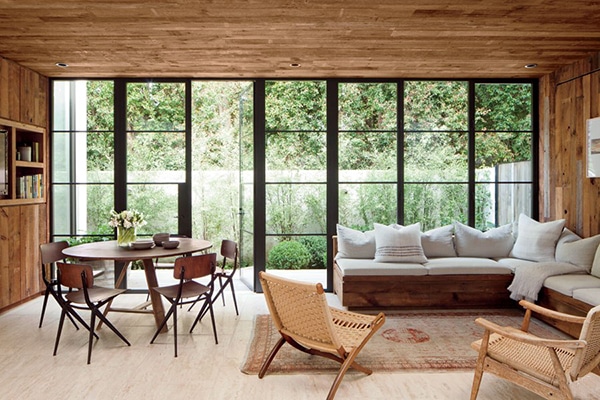 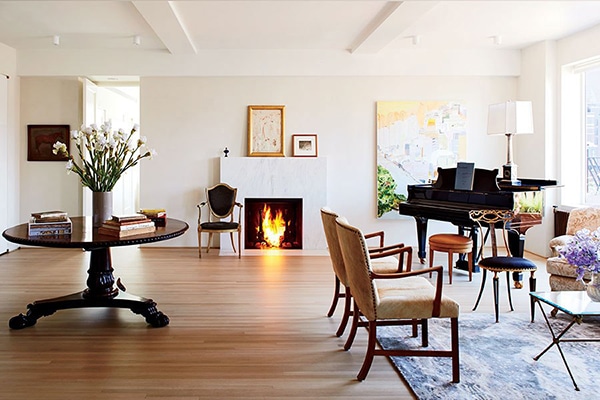 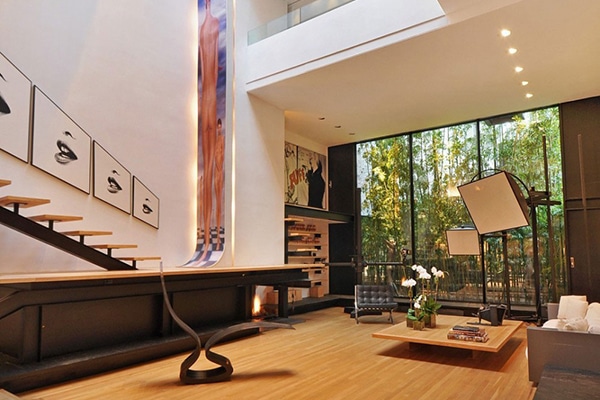 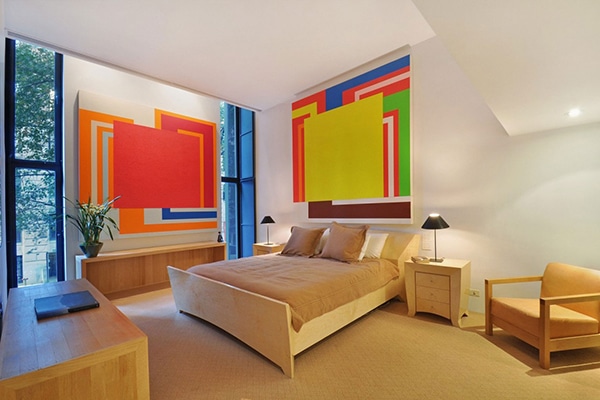 Renovated by architect Paul Rudolph, this 19th-century Upper East Side carriage house was once home to 1970s fashion legend Halston. 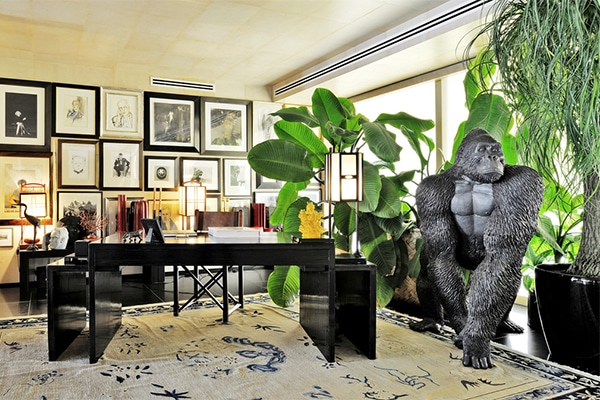