How to Spot a Fake Chanel Bag

Is that Chanel purse the real deal? Here's how you can tell.
by Lisa Santandrea
Pin
Share
Tweet
Email

These days, provenance is as essential for a Chanel bag as it is for a Chagall painting. “When we hear people say, ‘it’s a gift,’” explains Alexa Ridolfi of A Second Chance Couture, it’s a cue to tread carefully. After all, like art, the cost of Chanel bags has recently experienced stratospheric growth. Between 2010 and 2015, the price of a Chanel Medium Classic Flap bag increased by 72 percent. More desire and more profit has led to more, and better, counterfeits.

So how can you tell a real Chanel bag from a fake? “No one’s going to give you a crash course in authenticating,” says Gerry Gallagher of the Leather Surgeons. (And Gallagher should know, his apprenticeship in leather began in the 1980s, when “Chanel was just starting to catch on.”) But it is possible to “give you some key things to look at, and if any of these things jump out at you, you take a pass,” says Gallagher. “It’s not worth the aggravation.” 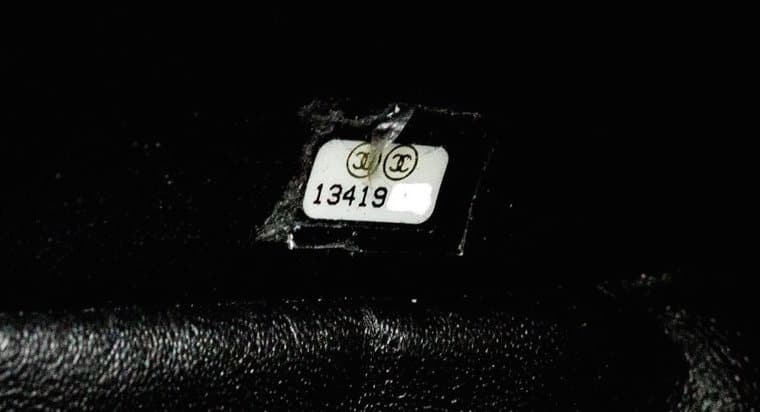 Chanel began including serial numbers at the bottom of its bags in the mid 1980s. The formatting of these numbers (which represent the bag style and year of manufacture) has changed regularly, which ultimately means that “a savvy consumer can lift quite a lot of information from this [number],” says Gallagher.

First, the number on the sticker should match that on the accompanying Chanel authenticity card. If it doesn’t, that’s a red flag.

Next, the number should correlate with the year that the particular style was released. A quick Web search will provide detailed information about Chanel serial numbers. Walk away if you find that, for example, your serial number indicates a 2005 manufacture date for a style you know wasn’t made until 2013.

Serial numbers run between six and eight digits long, depending on date of release. 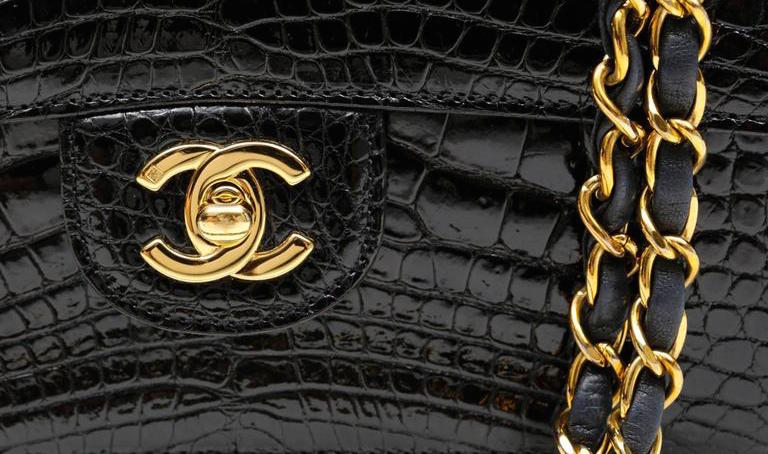 A brand doesn’t reach Chanel’s heights without unwavering adherence to standards. One immutable design element is the CC logo clasp, hardware first designed by Karl Lagerfeld in the 1980s. Genuine Chanel Cs in clasp form will have flat edges, not rounded ones. At the top, the C on the right will always overlap the C on the left; at the bottom, the C on the left will overlap. Any other arrangement is a mistake. And you can be assured that Chanel does not make mistakes like this. 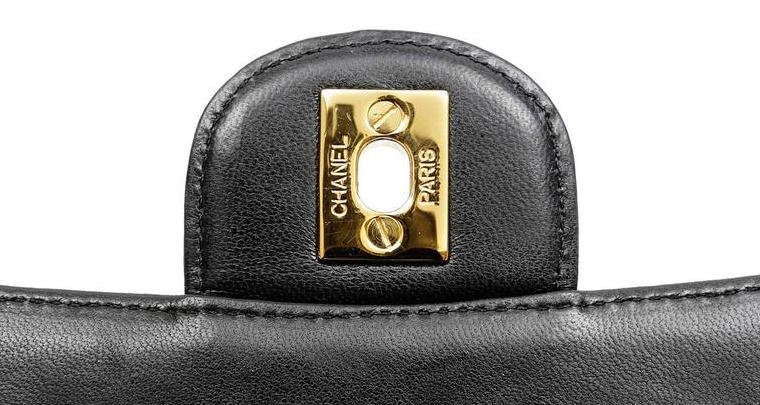 Bags with the CC logo clasp also present another opportunity to check for fakes: looking for bad screws. The back plate that attaches the lock to the flap will screwed on with either flathead screws or star screws (the latter have been used in Chanel bags since approximately 2015). You will not see a Phillips screw on a real Chanel, although you may see one on a fake. 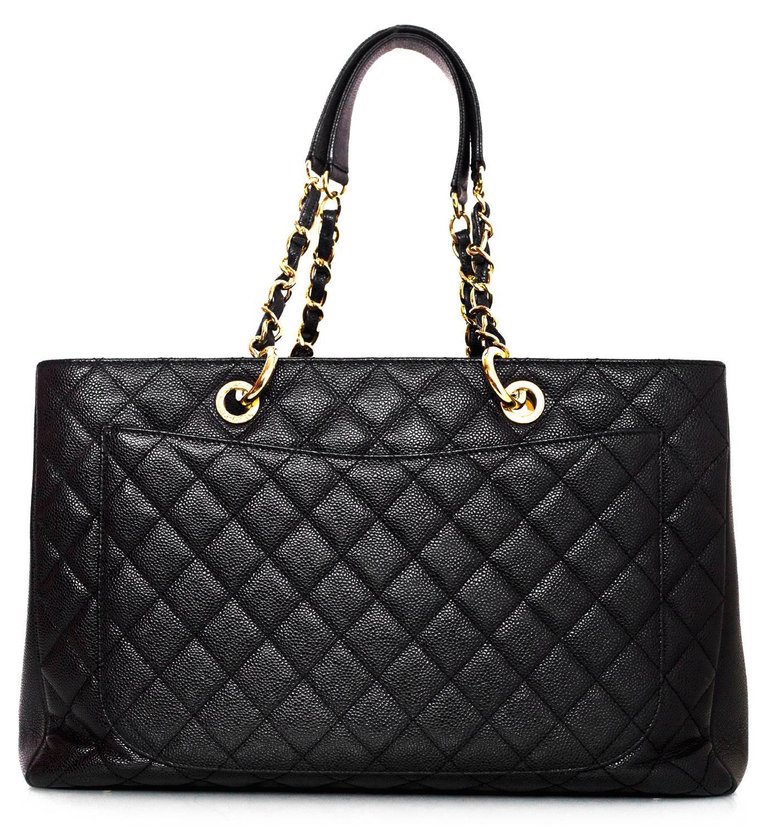 Grommets are the metal rings that Chanel chain straps run through. “There’s a kick press machine with a very specific die that sets those grommets, and when they’re set by Chanel, they’re set flawlessly,” Gallagher says. “The metal is turned back into the leather.” The backside of the grommet will roll back symmetrically and clean. “If you rub your hand across it, you shouldn’t feel any edge or ridge. The people who are making fakes, even some of the best fakes, haven’t figured out how to really get it right,” according to Gallagher. 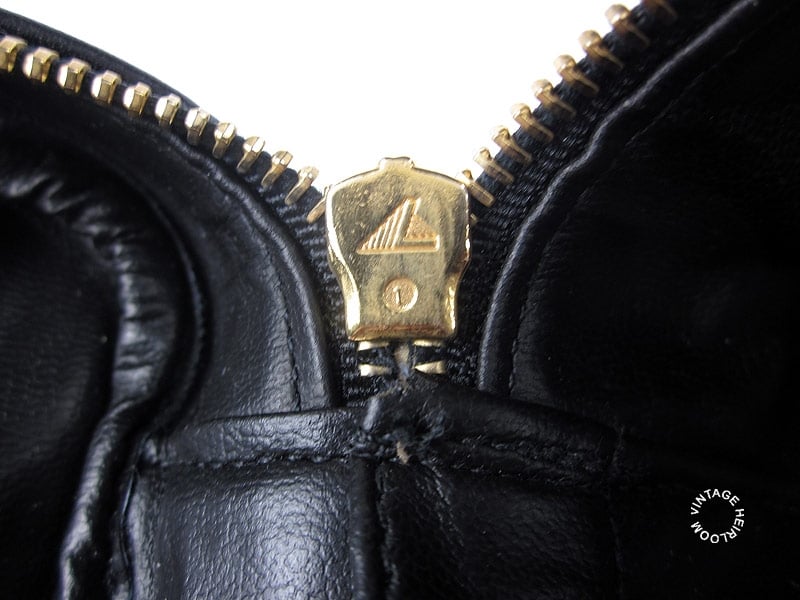 According to Gallagher, Chanel has used Lampo metal-tooth zippers for the past two decades. (He is horrified by the false reports online that restorers always replace these with cheaper YKK zippers. “Ridiculous,” he huffs, clearly offended by the slight to his profession — and the misleading information.) Lampo zippers are more expensive, but obviously the only acceptable solution for serious restorers. Who might not pay full price? A counterfeiter who thinks he can get away with it.

Look for the Lampo logo on the back side of the zipper slider. 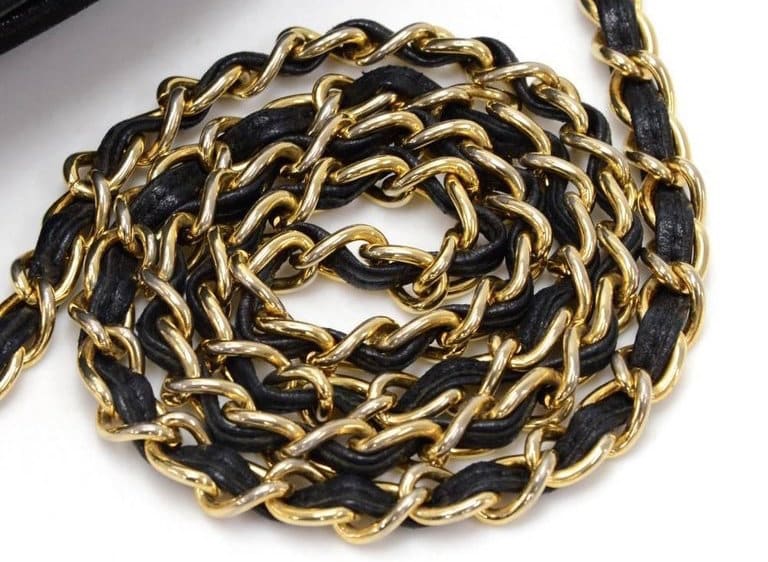 Leather Interlacing through the Chain Strap

In the 1980s, on his quest to reinvigorate the staid Chanel brand, Lagerfeld began interlacing leather through the chain strap. Today, “there are four different ways that Chanel makes stripping for handbags,” Gallagher says. Counterfeiters often get it wrong (or their efforts look lumpy and unprofessional.)

Triple-fold: Specific to Chanel, used in about 90 percent of their Medium Classic Flap bags. “Take a strip of leather and fold it once and then fold it back again. There’s no stitch. It has a rolled edged on one side and a rolled and a cut edge on the other side”

Four-fold with a stitch: Often used in exotic-skin Medium Classics, vintage camera bags and on Maxis and Jumbos. “Take a strip of leather, fold the two edges until they meet in the middle. Then you fold it one more time.”

Turn (or fold) to center: “Take a strip of leather, fold the two edges until they meet and then hammer it down, so you see a line down one side of the leather and the two edges are folded.”

Cut edge: “Two pieces of leather cemented together and both edges are cut, so it’s raw edge on both sides.” 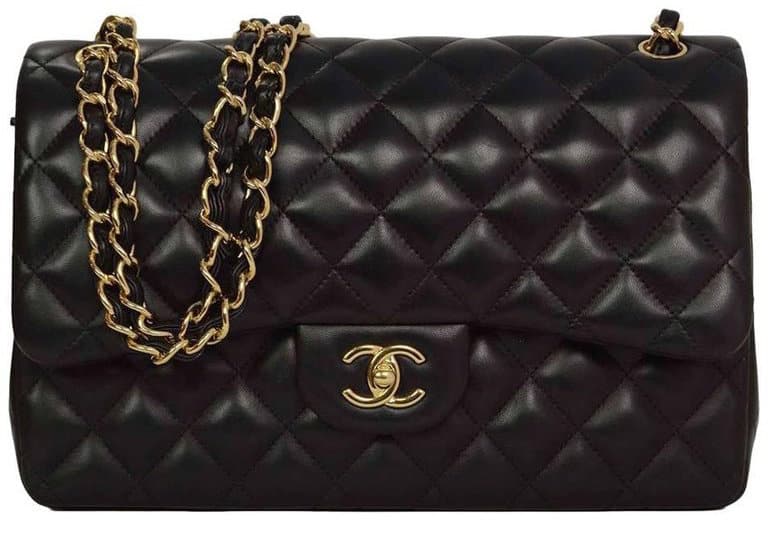 Always deal with reputable sellers, and beware of those with too much inventory of the same type. Be able to recognize the real logo (and poor copies). And familiarize yourself with the brand. Especially because Chanel releases so many designs, some of the “rules” may change. (Here, we’ve focused on details that generally don’t change.)

But Chanel will never be cheap or slapdash. “The quality and precision is basically in everything,” says Ridolfi. It’s in the stitching (clean and tight with generally at least 10 stitches per side of a diamond). It’s in the thread they use, the hardware and, of course, in the leather.

“Every year they change something, so you have to stay on top of that,” says Ridolfi. “You’re looking at everything together. There could always be an exception. You can’t apply one rule to everything and say, ‘Because it doesn’t fit in this category, it’s not real.’” In other words, be (very) suspicious and investigate.

A final hint: Take a sniff test. “Sometimes the fakes from China can have a smell,” Ridolfi says, “like cheap leather.” Of course.