There’s More Than One Way to Arrange Your Home Library

We look at the good, the bad and the weird methods people use to organize their books.
by Daisy Alioto
Pin
Share
Tweet
Email

When the look and style of a space is more important than being able to find a book by title. #backwardsbooks #solovely #gallerywall @natasha.designs

It was the bookshelf seen around the Internet: In January, an Instagram post by interior designer Natasha Meininger provoked a fair share of controversy when she showed her bookshelf with the books’ spines facing inward. Even the Wall Street Journal picked up the story, calling it “The Great Bookshelf Debate of 2018.”

Does this represent a new chapter for your sleepy little book nook?

A home library — whether one shelf or an entire room — doesn’t cycle through trends as quickly as, say, the color palette of the season. But that doesn’t mean book-arranging trends don’t come and go. Read on for contemporary styling tips worthy of your Penguin Classics, and try out a few of these apps to help you visualize your setup beforehand.

A home office on New York’s Upper West Side designed by 2Michaels. Photo by Eric Laignel

“I’m noticing people don’t have books the way they used to because they have Kindles,” says Jayne Michaels, one half of the interior design firm 2Michaels which she founded with her sister, Joan. Clients are increasingly collecting art and design books, primarily hardcovers, to display — but these are not necessarily read cover to cover.

Art books tend to be oversized and may not fit in the bookshelf unless they are horizontally stacked, Michaels explains. According to designer Fawn Galli, horizontal stacking is also popular among homeowners who mix objects in with the books. “A shelf should have an odd number of objects as it feels more balanced to the eye,” says Galli. 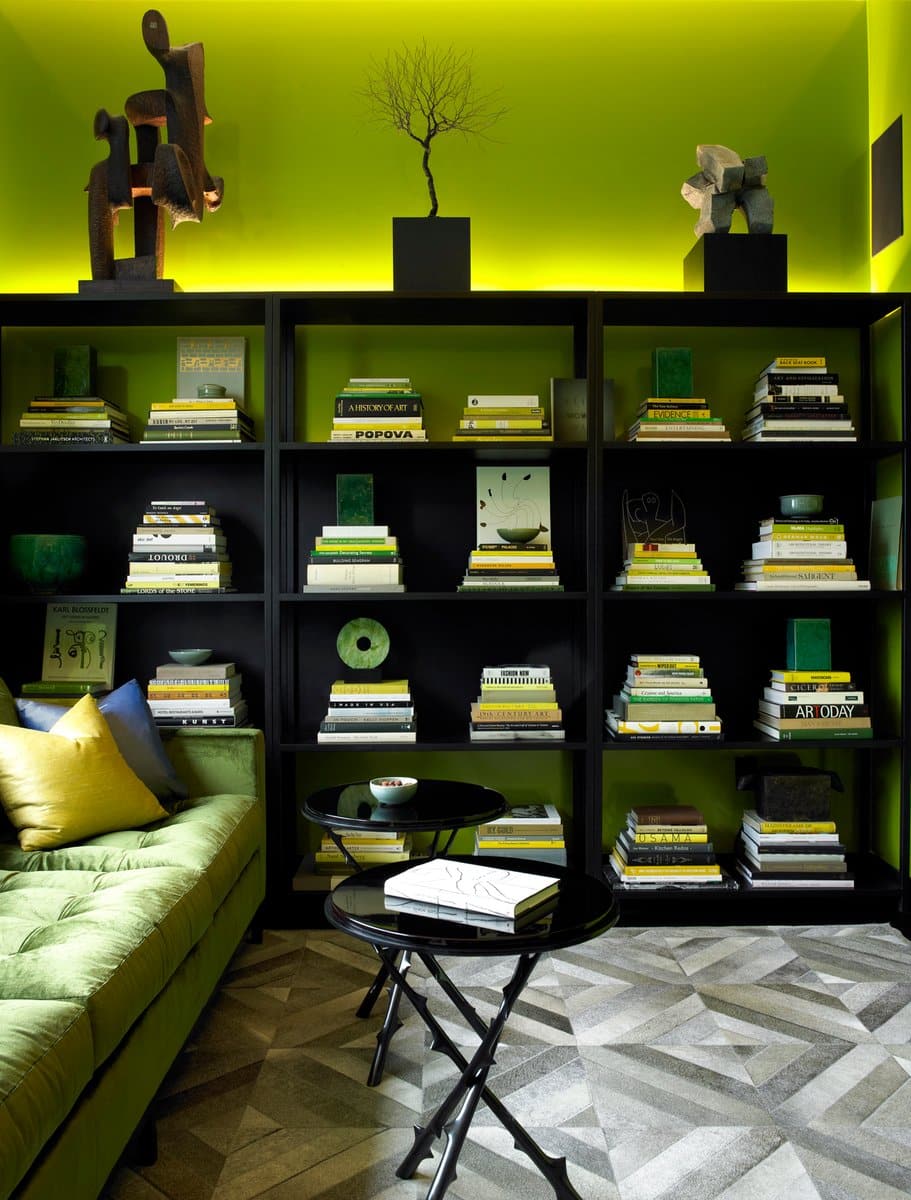 In 2014, the book controversy du jour was color-coordinated shelves. The brouhaha began with an Observer article about books as decoration and led to a defense of the practice in Slate, which was provocatively titled “Arranging Your Books by Color Is Not a Moral Failure.” In it, Kristin Hohenadel wrote, “Organizing your books by color is the kind of harmless DIY decorating experiment you can try and take back.” And really, that’s the best sort of DIY project.

Pinterest includes advice for wrapping your books in paper, if you’re into neutrals. And in a home tour published in New York magazine, artist Virginie Sommet said she conceals her books in white wooden pods because “Sometimes they are just too much, visually.” 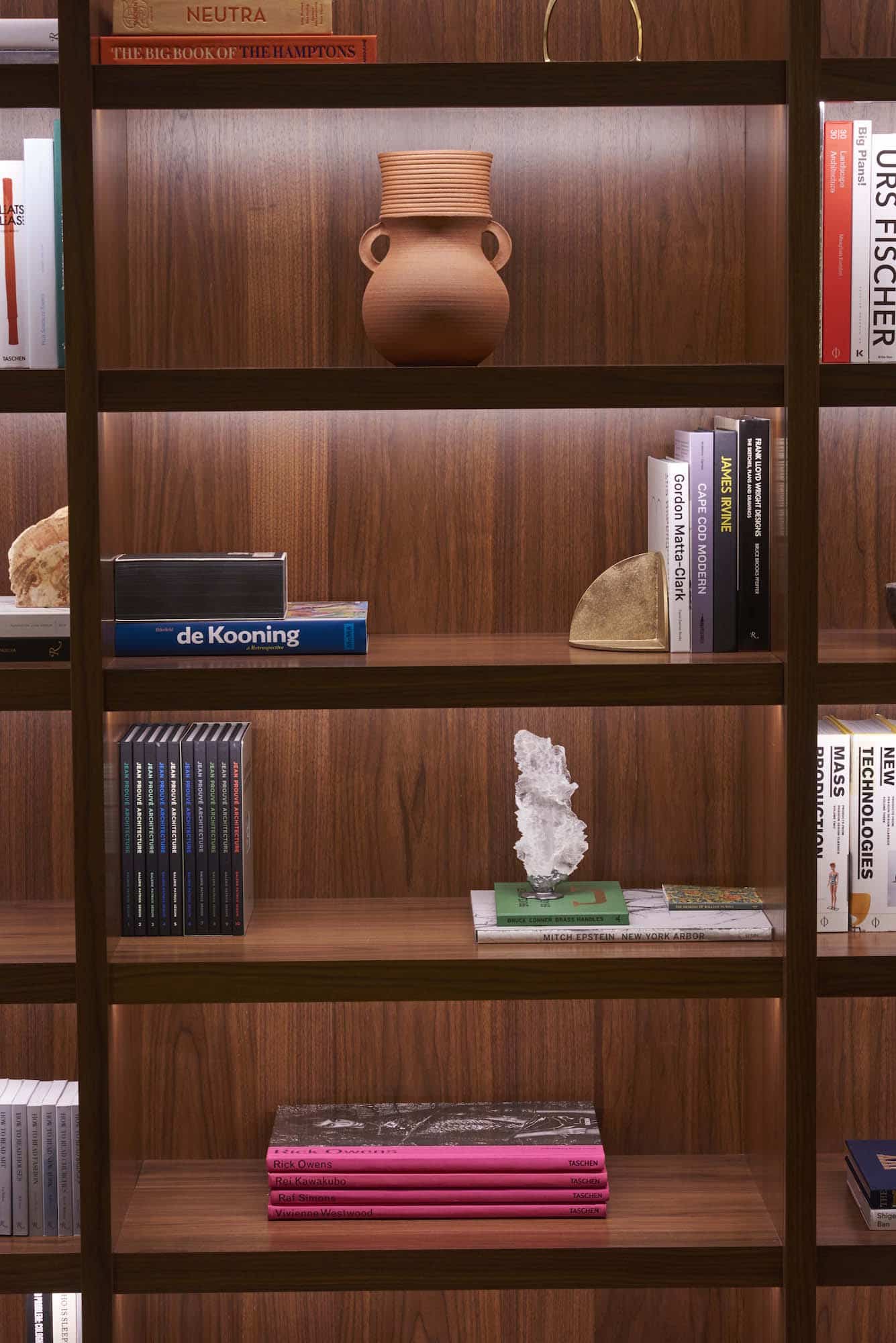 Hannah Badwan handles digital media for Camp David, a sleek Brooklyn coworking space, where she also had the chance to put her design history background to work when styling the office’s bookshelves. In sourcing the books and objects, she visualized a distinctive “imaginary” client: Lugwig Mies van der Rohe. The rest of space could be described as mid-century masculine, with dark wood furniture and concrete pillars.

Badwan found a vintage shop in Detroit carrying the designs of former Cranbrook students who had settled in the Midwest. She combined these with contemporary sculptures from makers in Sunset Park, Brooklyn, and international designs from 1stdibs. The key to this mix is all about balance. “Mies always said less is more,” Badwan notes.

Michaels suggests that the rule of thirds is in play. If you put an object off-center on one shelf, then you can center an object directly below it. “Treat it like an art installation,” she says. 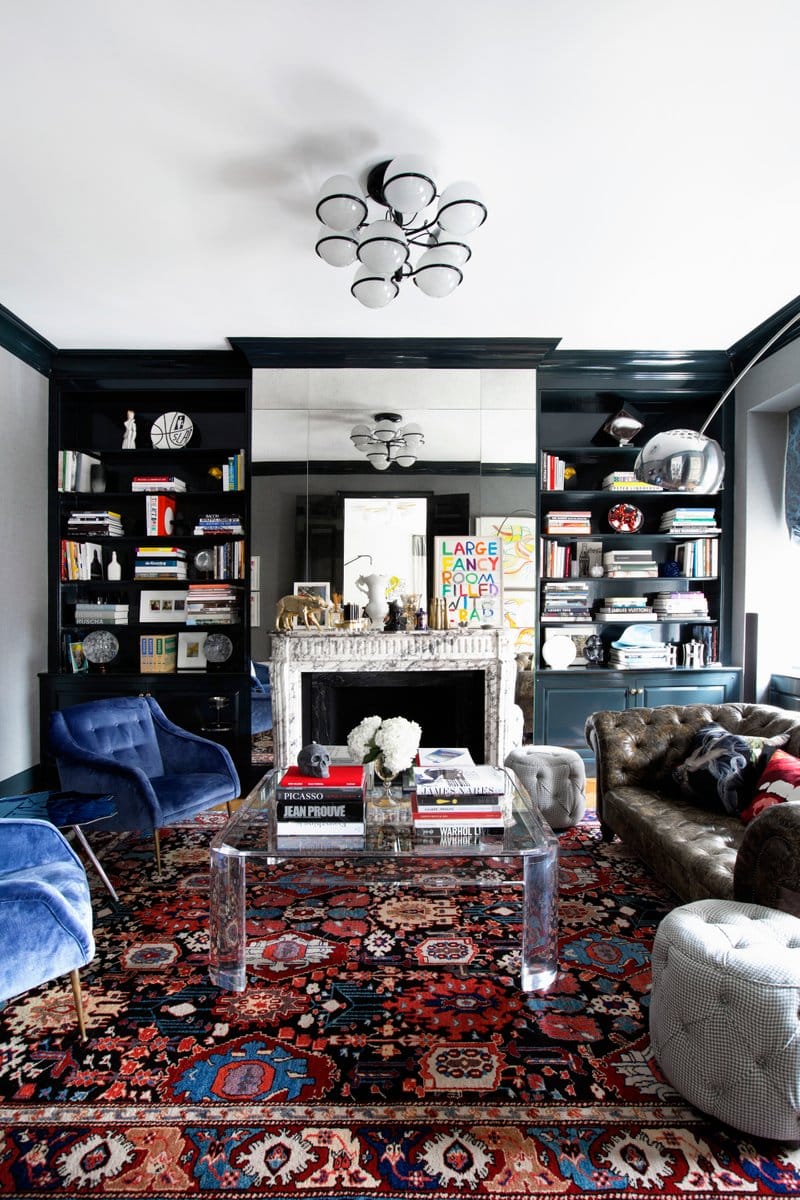 An office and study on the Upper East Side by Fawn Galli. Photo by Costas Picadas

There’s no shame in buying new books to style — within reason. “It’s been a pleasure to work with clients who really love books,” says Michaels. Some of these homeowners are avid readers, while others see books as collectors’ items — a tangible rarity in an Internet age.

Some of these will inevitably end up on the coffee table for maximum admiration. “Many clients have books to fill bookcases, but coffee-table books really polish off the room, style-wise,” says Galli. “They speak to the personality of the client.”

As for the backward-book controversy, Michaels thinks that flipping books “spine in” obscures the personality of the owner. “If the books are all turned, it doesn’t tell you anything about the person, their interests or character,” she says. Although exceptions can be made for the ugly spine. “You should show your books, and if the spine is not attractive, remove the cover.” 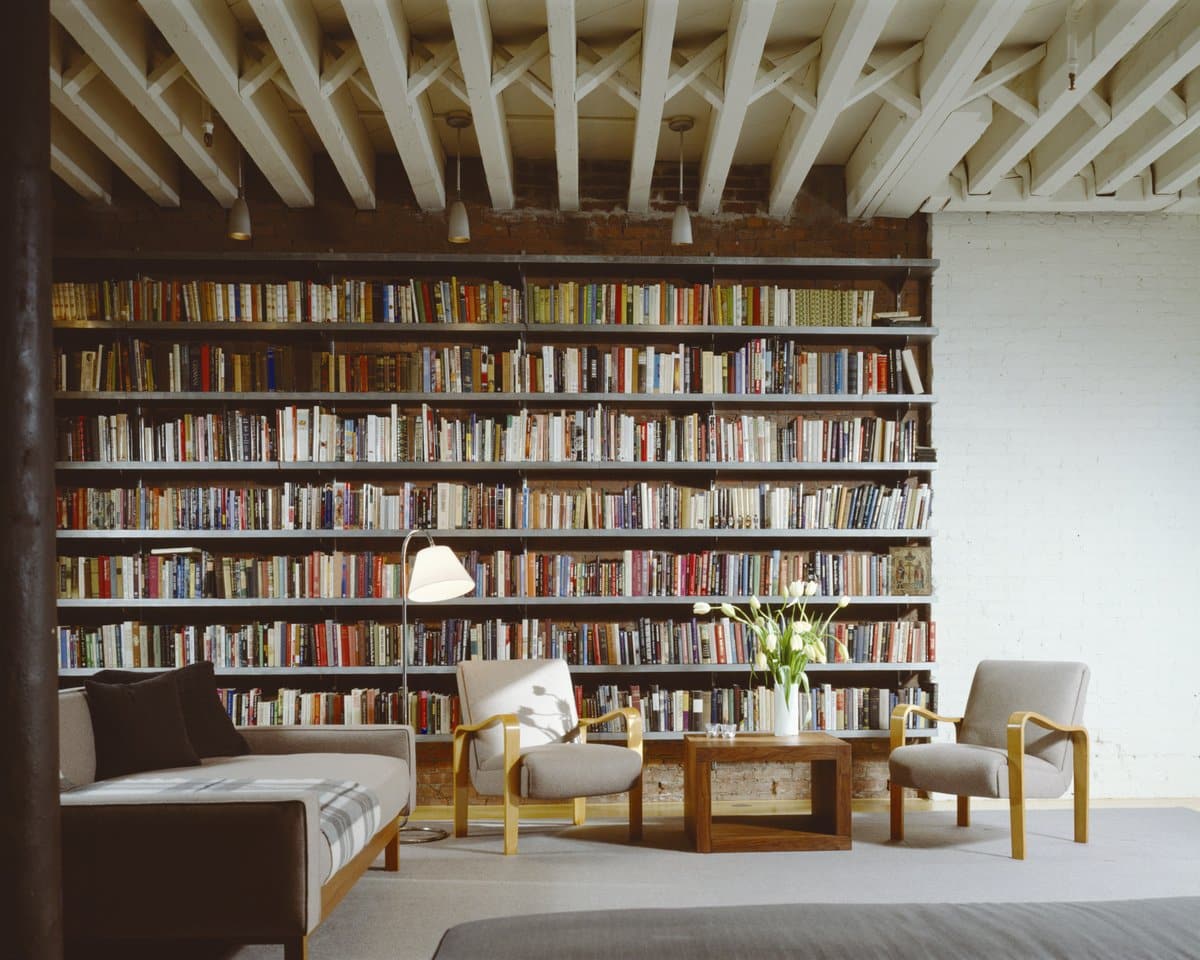