How a Rundown Old Church in L.A. Became a Hip Wedding Venue

A husband and wife's personal renovation project evolved into a vibrant indoor-outdoor space sought out by couples in the know.
by Colleen Egan
Pin
Share
Tweet
Email 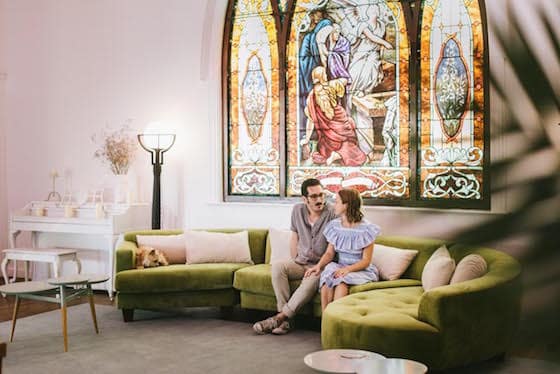 Zachary Leigh and Lourdes Hernandez at the Ruby Street, along with their rescue dog, Chula, whom Hernandez found abandoned at a gas station in Spain. All photos by Tessa Neustadt

Lourdes Hernandez and Zachary Leigh hadn’t planned on getting into the wedding business. They also didn’t set out to buy a church. But then, they’re the kind of creative duo who can buy a shabby 1905 chapel in Los Angeles — without a specific plan for it in mind — and turn it into the Ruby Street, a sought-after, highly Instagrammable wedding venue for couples who aren’t interested in going the country club or catering hall route.

To be clear, Hernandez and Leigh aren’t a pair of overzealous, wannabe flippers whose enthusiasm exceeds their skill. “Zach has been professionally redesigning and remodeling spaces since he can remember,” Hernandez says. “I’m a frustrated architect that ended up developing a career in music, so I guess that reinvention is somewhat related to recreating spaces and design in general.” 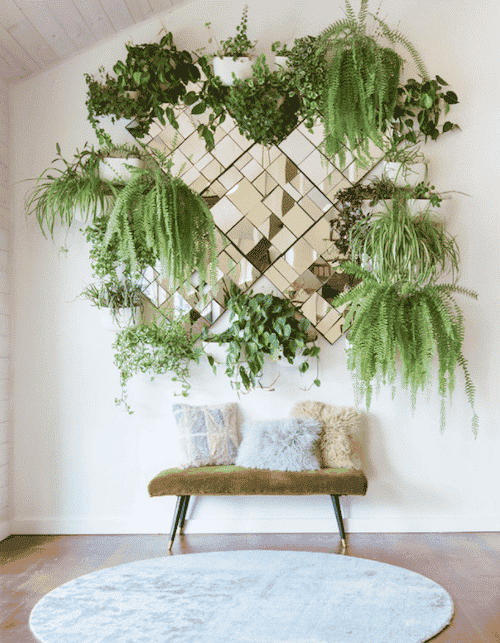 The couple, who are both musicians, met at Largo in L.A., where they were both playing a show. “I had to borrow Zach’s amp, and we spent a long time talking about guitars, something I actually know very little about,” Hernandez says. “He ended up inviting me to his birthday party in Palm Springs the following weekend.”

That meet-cute moment wasn’t just the beginning of a romantic relationship; it also sparked a creative partnership. The couple decided to take on the Ruby Street in May 2015, when they were both looking for a new endeavor. “I was taking a break from music, and Zach was avidly searching to find a different project that we could do together. He found this old church in Highland Park and decided to go for it not really knowing in the beginning what we were heading to with it.” 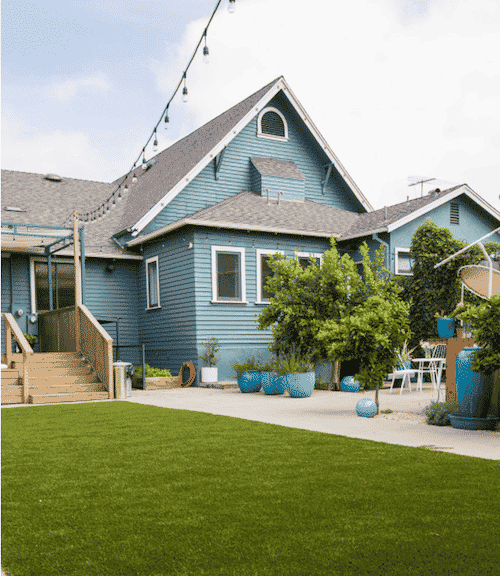 What kind of shape was the building in?

Structurally it was OK, but overall it was really rundown, needing new electrical and plumbing. It also lacked AC, a sound system and a backyard. Out back, it was just a cracked concrete slab exposed to the alley. Definitely not romantic. So, we put a lot of work into transforming that into a California-style secret garden. 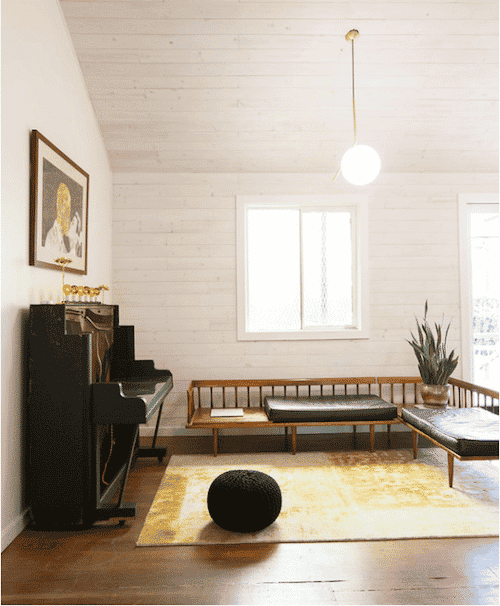 How did you decide on an aesthetic?

Because the building is in L.A.’s historic Garvanza district, we were really committed to paying homage to its craftsman style. So, we restored the floors and the beautiful stained glass windows, keeping the general flow and vibe of the space.

We also tried to repurpose pieces left in the building when we bought it, including a battered old piano with the front missing. We added glass to the front and top and popped some colored lightbulbs on top, turning it into a fun art installation and a nod to our musical background.

The biggest change we made was to break through the back wall of what is now the reception area, letting light flood the space and creating an indoor-outdoor vibe. 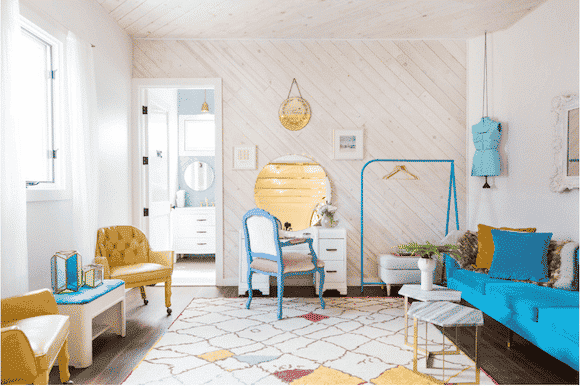 What made you decide to create an event space?

The space kind of created its own purpose. We thought we’d be doing more creative gatherings and filming, but we started booking weddings right away. Although we do have a full schedule of signature creative events on the side, weddings are really the main focus of Ruby Street. 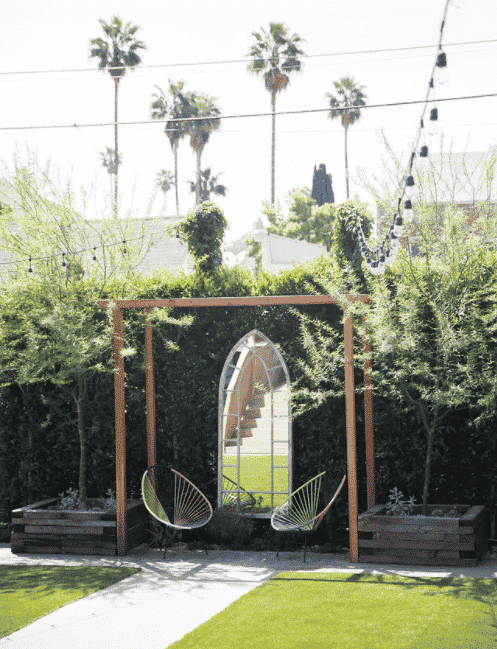 What do you think attracts couples to the Ruby Street?

Everyone always seems to say that they get a warm feeling when they enter the building, which is exactly how we felt when we came here. Couples also seem to like the relaxed feel and the indoor-outdoor flow of the space. 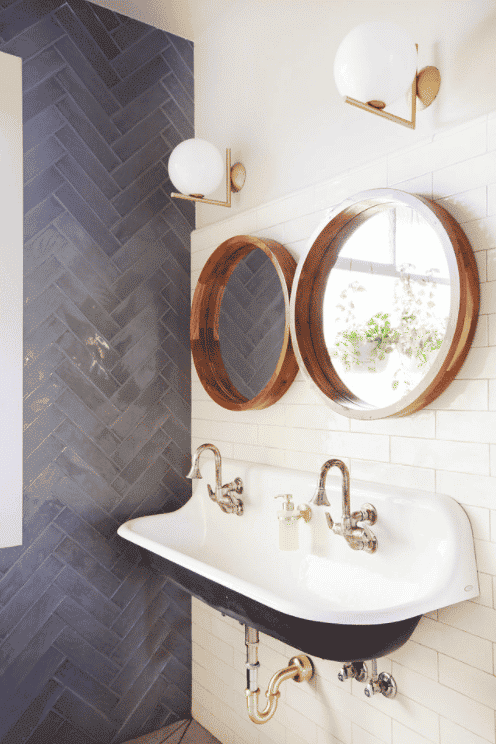 Can you tell us about any other renovation projects you have in the works?

Zach has been building and redesigning spaces with his company, Good Form, for the past 15 years, but it’s basically in his blood. He grew up helping his family in the same business, and they’re really committed to the unique and diverse architecture of Los Angeles.

Since we moved to Garvanza, he’s been historically renovating a few properties in the neighborhood, which is really fulfilling. We love being a part of preserving this neighborhood’s history. 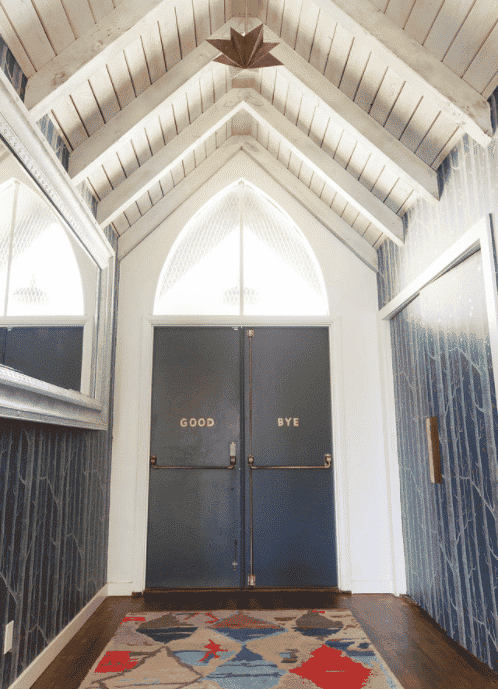 The building that now houses The Ruby Street was once a meeting place for suffragettes and later for the Civil Rights movement. So we’re glad that we could play a part in preserving that history and bringing it into its next phase of life.