Designs so mouth-watering that it doesn't matter what's on the menu.
by 1stDibs
Pin
Share
Tweet
Email 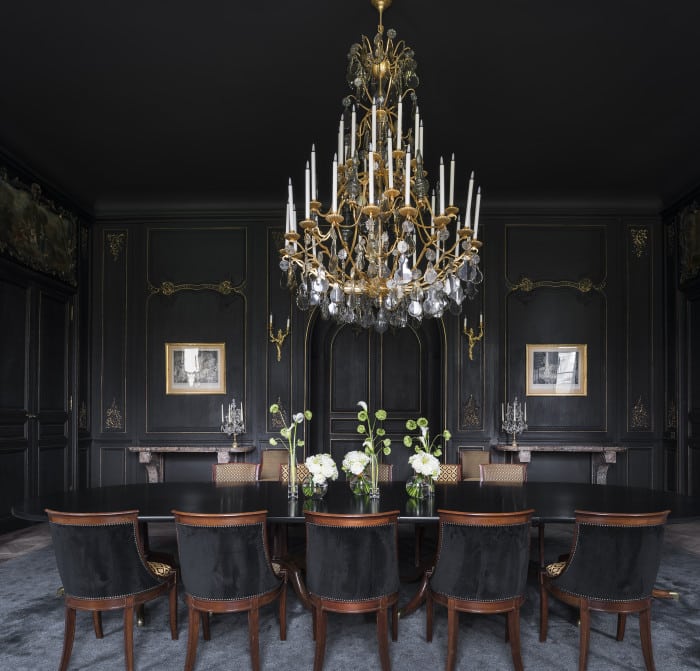 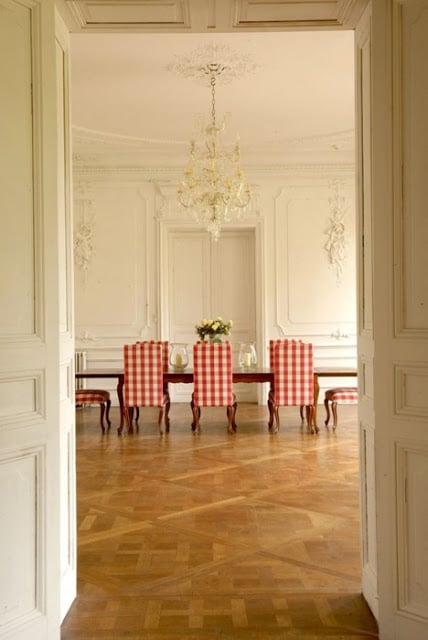 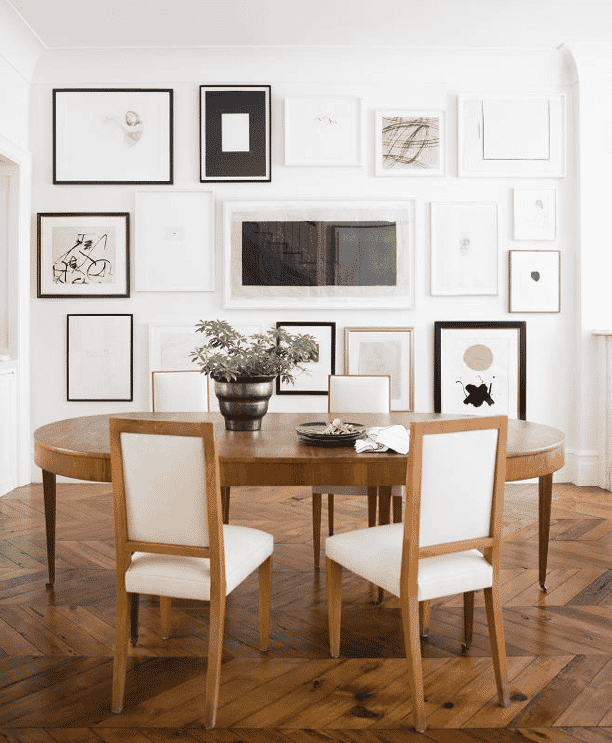 In the West Village, New York townhouse of Ali Cayne — proprietor of cafe-cum-culinary school Haven’s Kitchen — used a palette of creamy neutrals to construct a gallery wall in her home’s dining room. 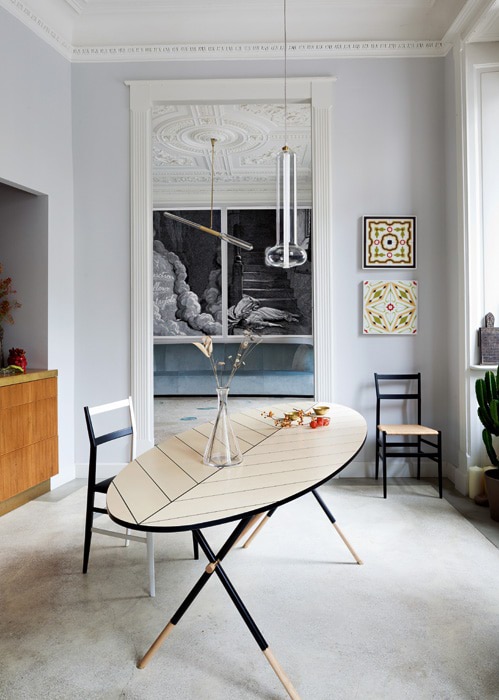 Interior designer Pietro Russo preserved the architectural embellishments of this 19th-century, Art Nouveau Milan apartment, but introduced furnishings — like this dining table of his own design — to introduce a more contemporary sensibility. 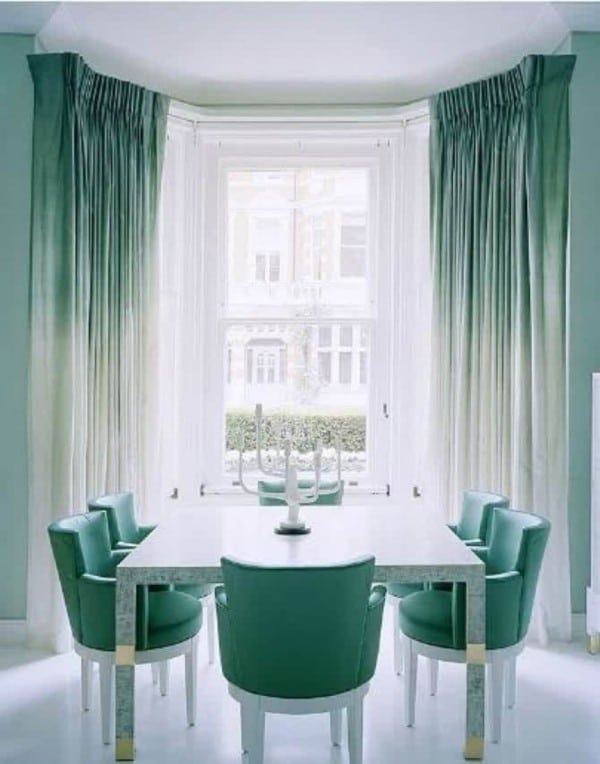 The late British designer David Collins was known for his particular faculty with the color blue. This seawater-hued London dining room, complete with softly ombréd draperies, is evidence of his gift. 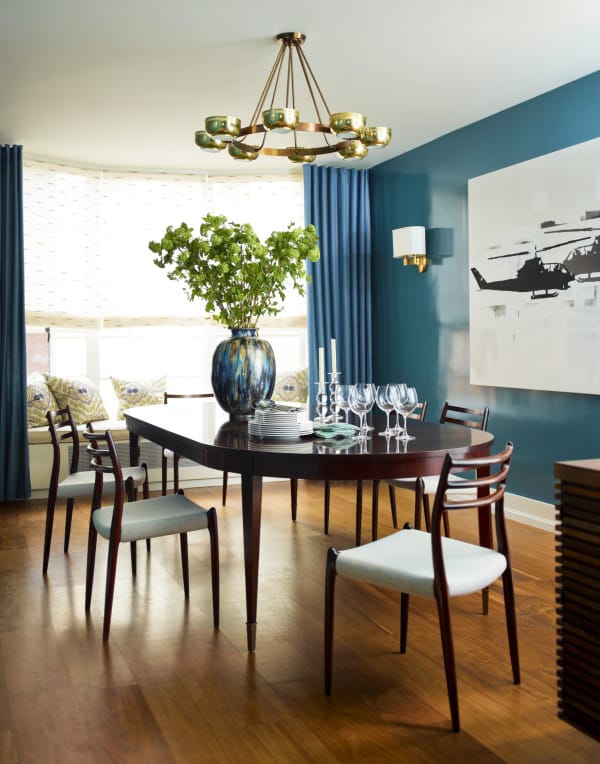 Interior designer Gideon Mendelson used slim-lined teak Niels O. Møller chairs for this Manhattan dining room. A dainty, tapered leg has become one of Mendelson’s signatures: “I like to say about some of the furniture I use that if you are not looking, it might walk away.” 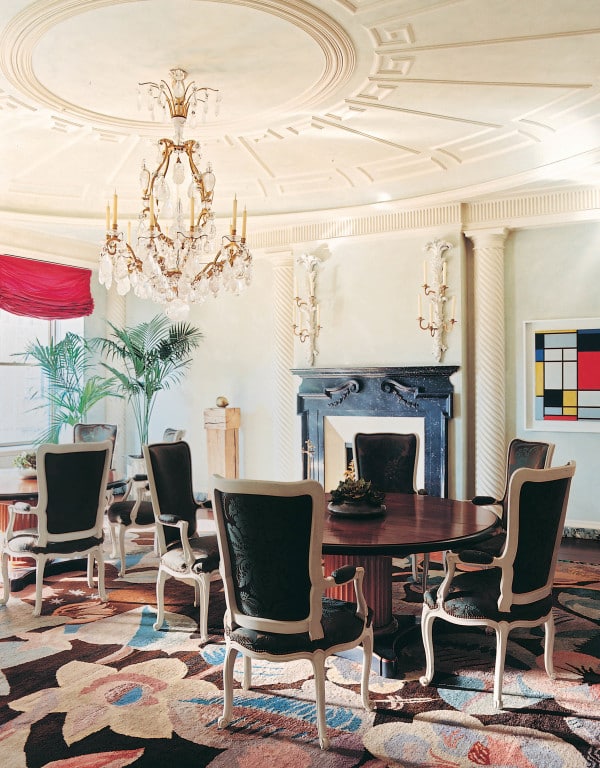 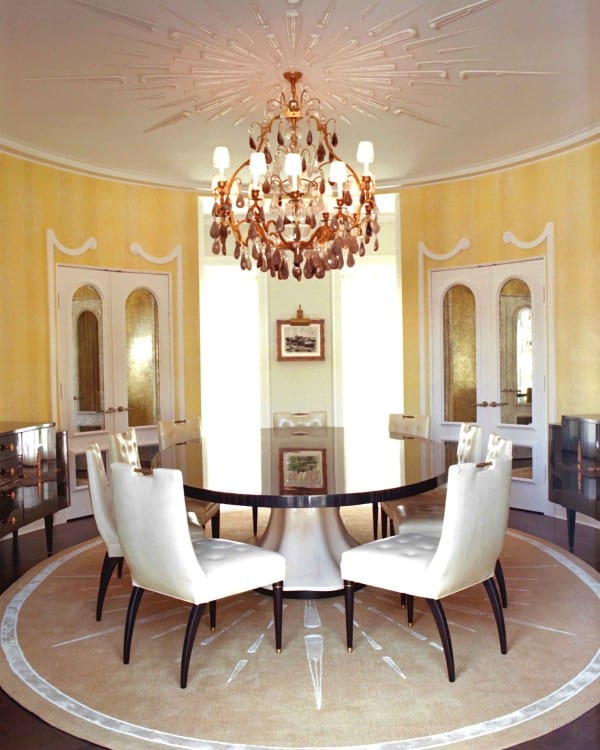 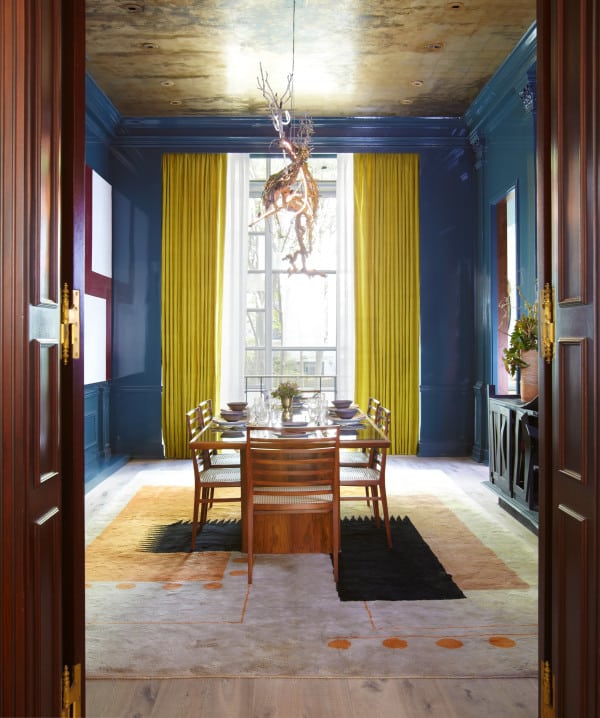 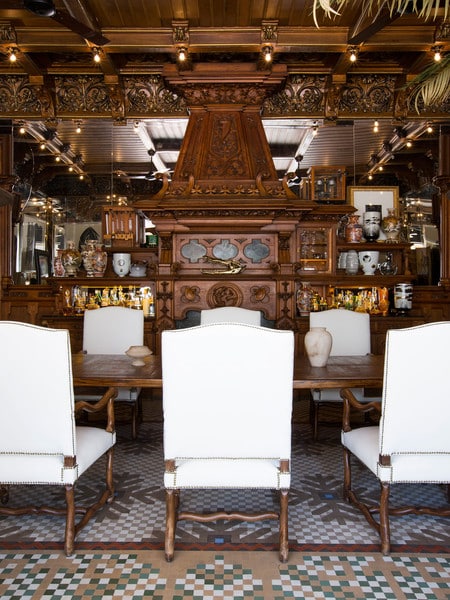 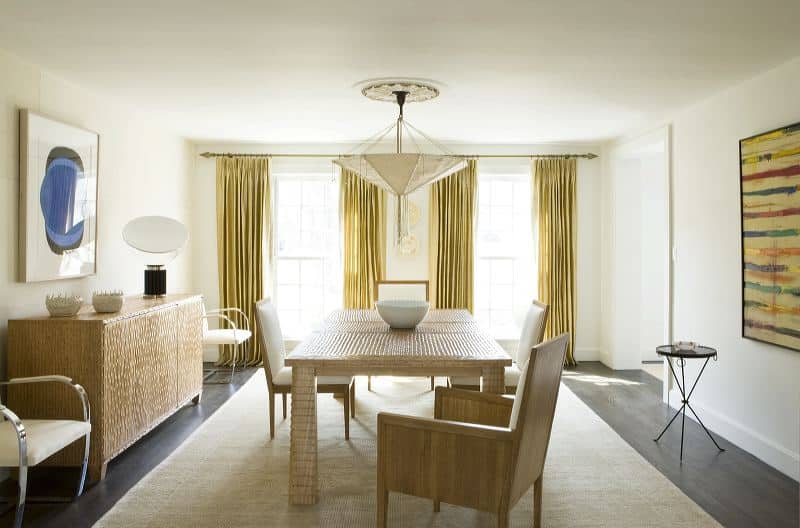 For a project in Maryland, interior designer Nestor Santa-Cruz used a palette that he describes as “a cacophony of whites and ivories.” A small iron-and-glass table by Jean-Michel Frank sits to the right. 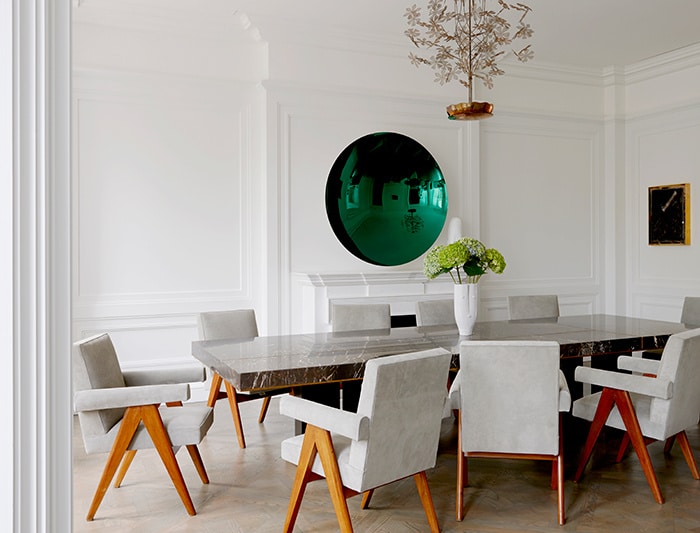 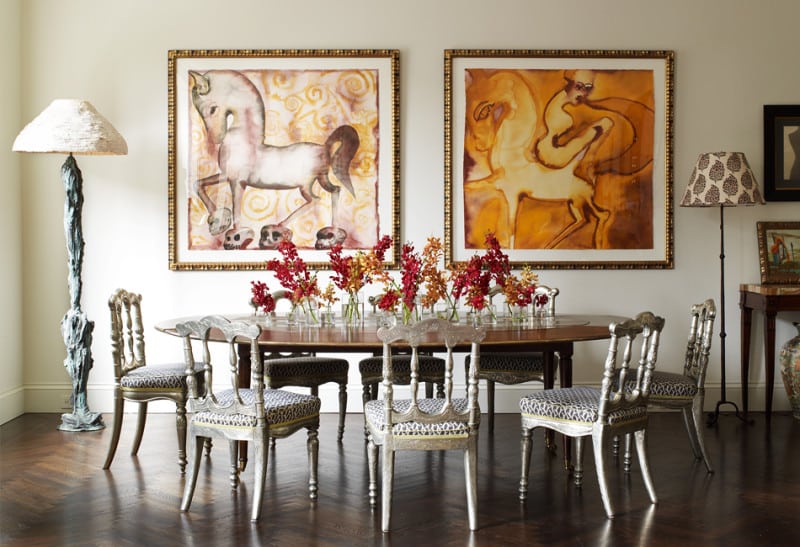 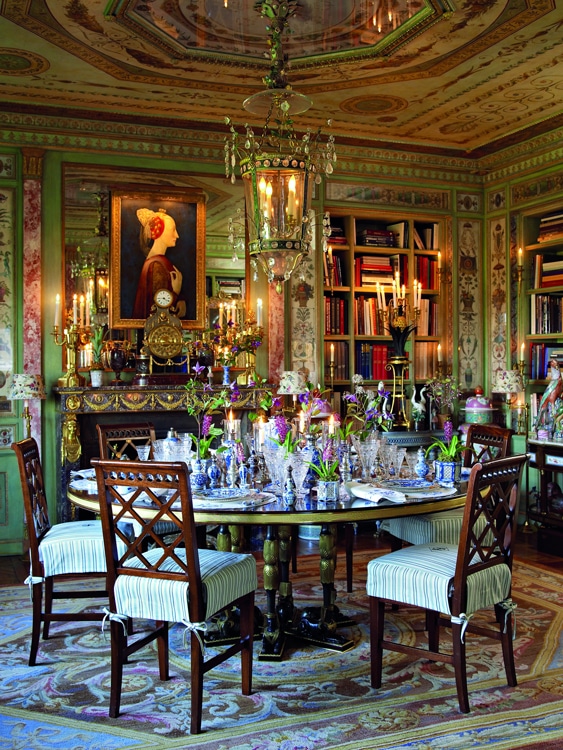 Designer Howard Slatkin’s legendary Fifth Avenue apartment is a study in thoughtful maximalism. In the home’s dining room — which was inspired by Raphael’s Loggia at the Vatican — hand-painted wood panels sit alongside a French Empire Savonnerie rug and a pendant light salvaged from a Russian imperial palace. 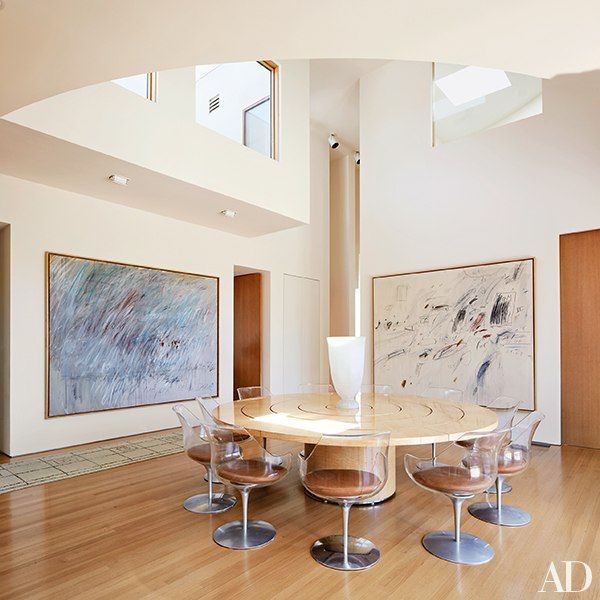 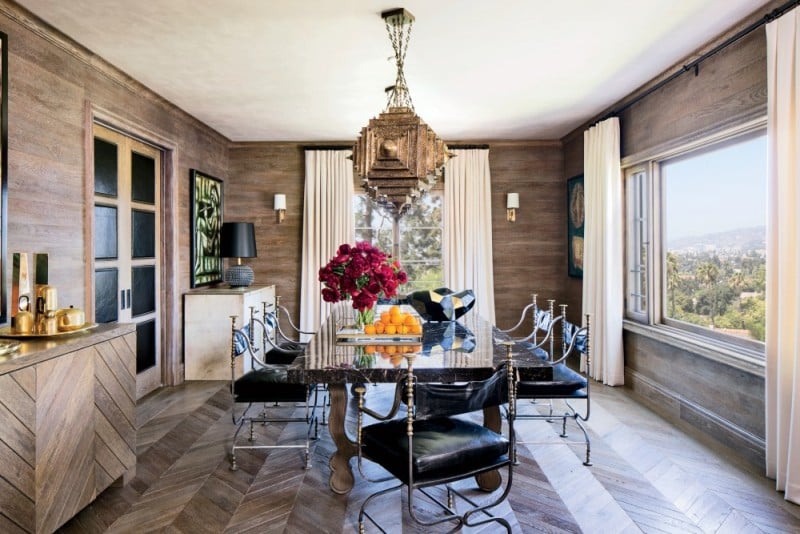