As the weather gets colder, few things are more appealing than curling up with a good book. In celebration of this quintessential winter pursuit, we’ve rounded up 15 spaces that feature beautiful, inspired book displays and bookshelves. Scroll down to give new meaning to the term “literary arts.” 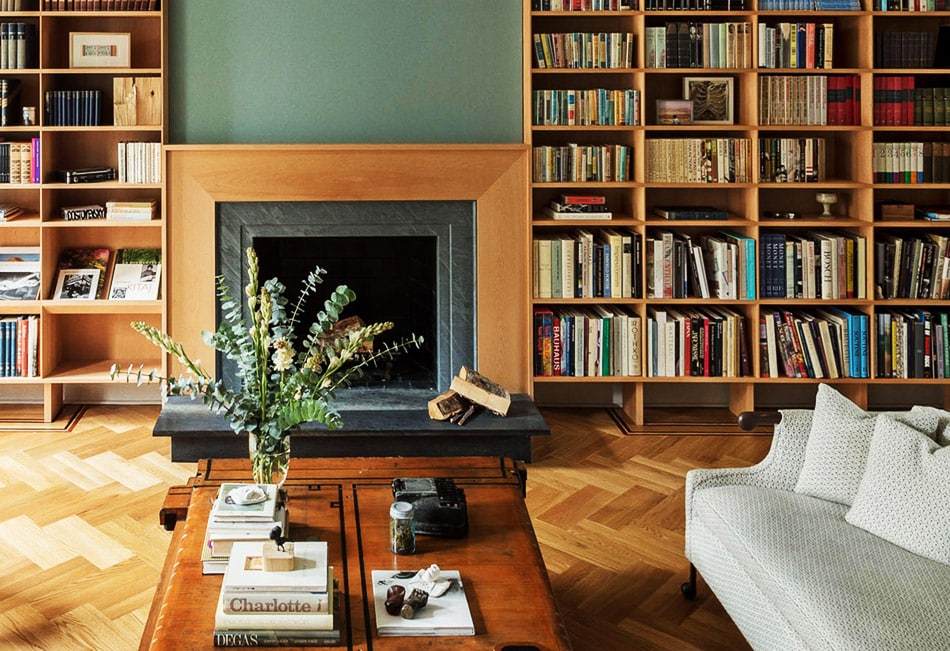 For a recent project in Brooklyn’s Boerum Hill neighborhood, design studio Workstead built a library of beech millwork, outfitting it with locally designed and fabricated furniture, to house the client’s ample book collection. 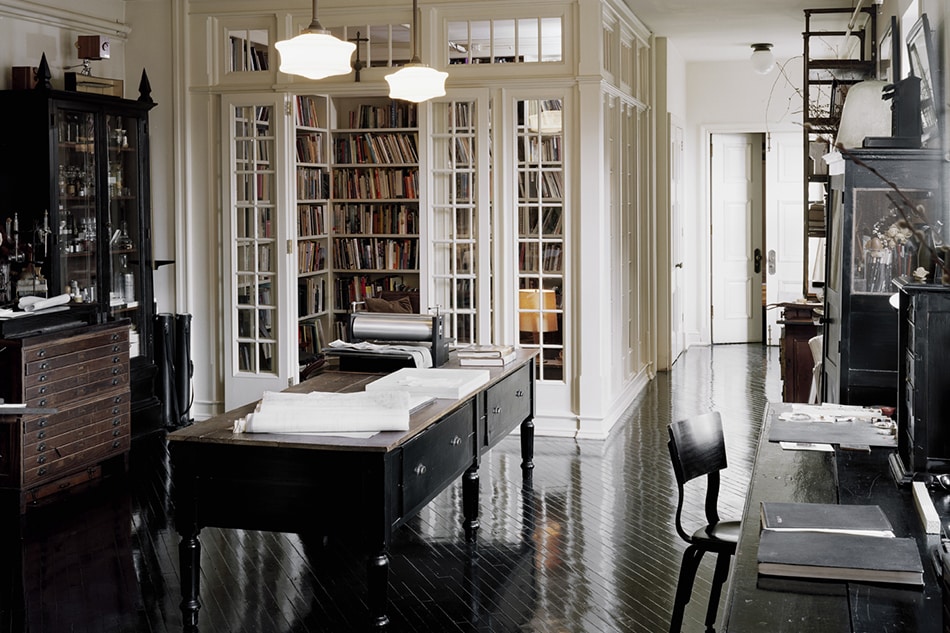 The Manhattan loft of design duo Roman and Williams — a partnership between Robin Standefer and Stephen Alesch — is furnished exclusively with vintage finds, many from former factories. The library at the rear is part of Alesch’s studio. 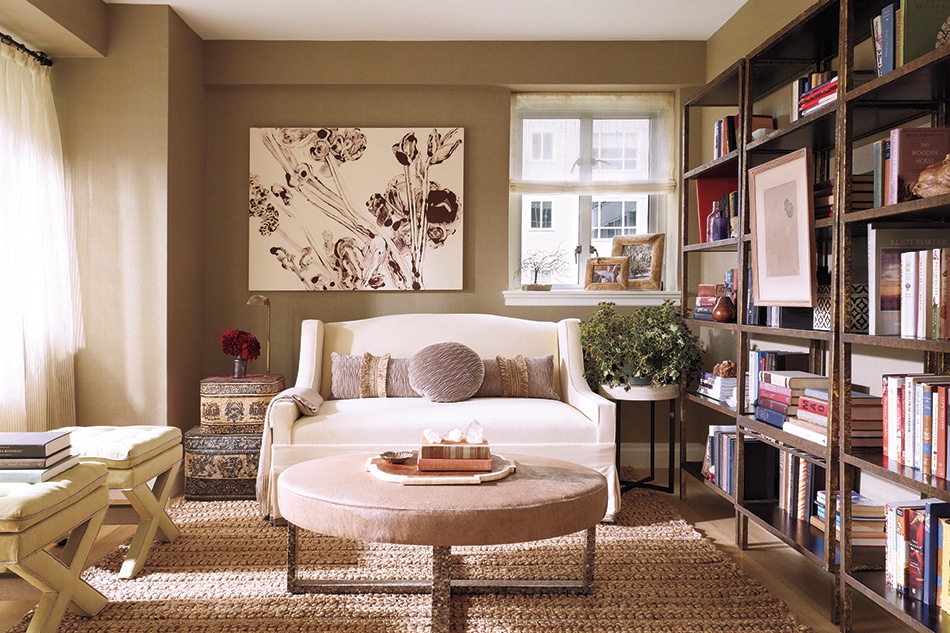 A custom-made ottoman with camel cowhide serves as a centerpiece for the Celerie Kemble-designed library of an apartment at the landmark Manhattan House building in New York City. 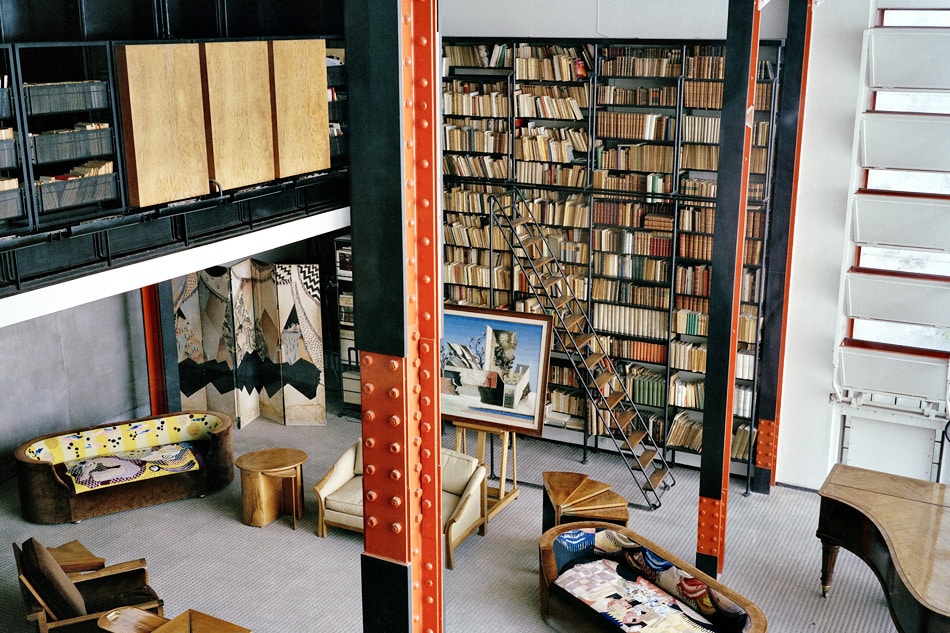 Photo by François Halard via Rizzoli. 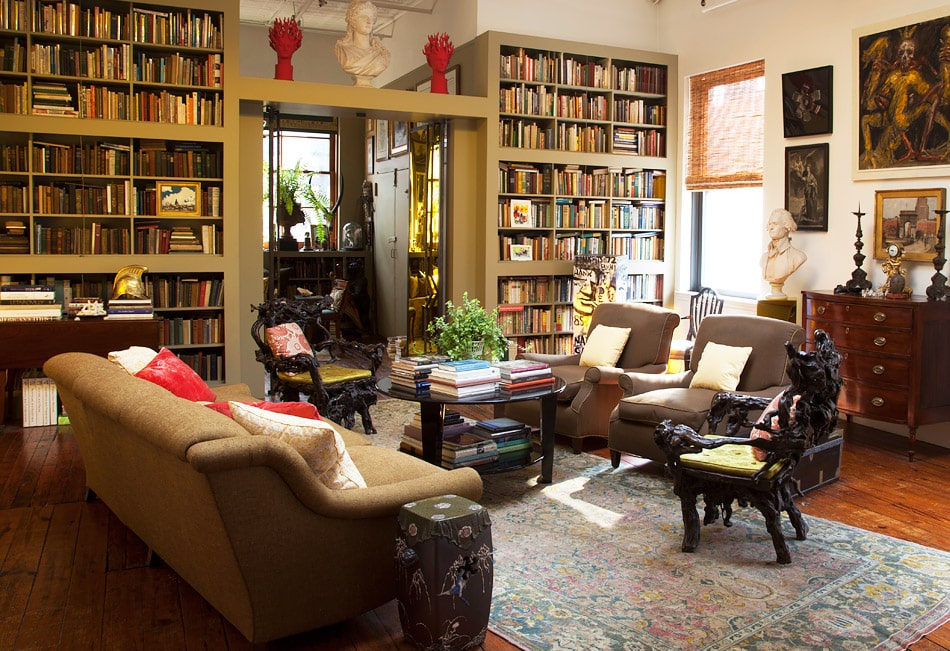 In the Soho loft of New York–based decorator Thomas Jayne and his partner, Rick Ellis, a wall of bookcases acts as a room divider and display pieces from the couple’s extensive collection of books on American cooking and culinary history from the last 200-plus years. 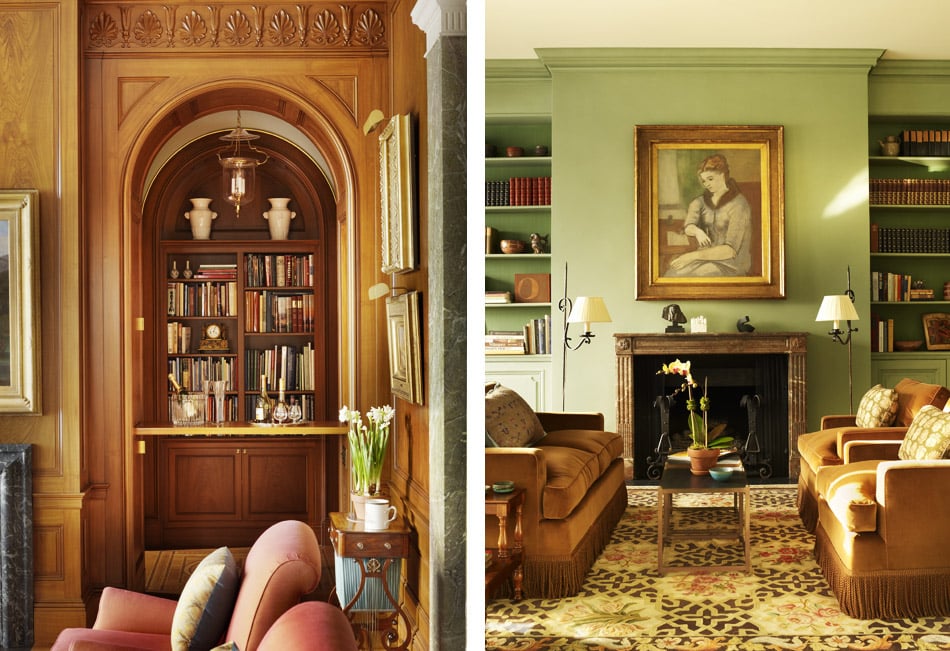 Two more designs by Jayne. Left: At Drumlin Hall, in New York’s Hudson River Valley, Jayne created a library that does double duty as a relaxed space for cocktails and after-dinner conversation — hence the pull-down bar in one of its archways. Right: Shelves lined with books and dotted with pre-Columbian pieces flank a fireplace and Blue Period Picasso in an apartment Jayne created on Manhattan’s Beekman Place in 2011. The early-20th-century Aubusson carpet was a family heirloom of the clients’. 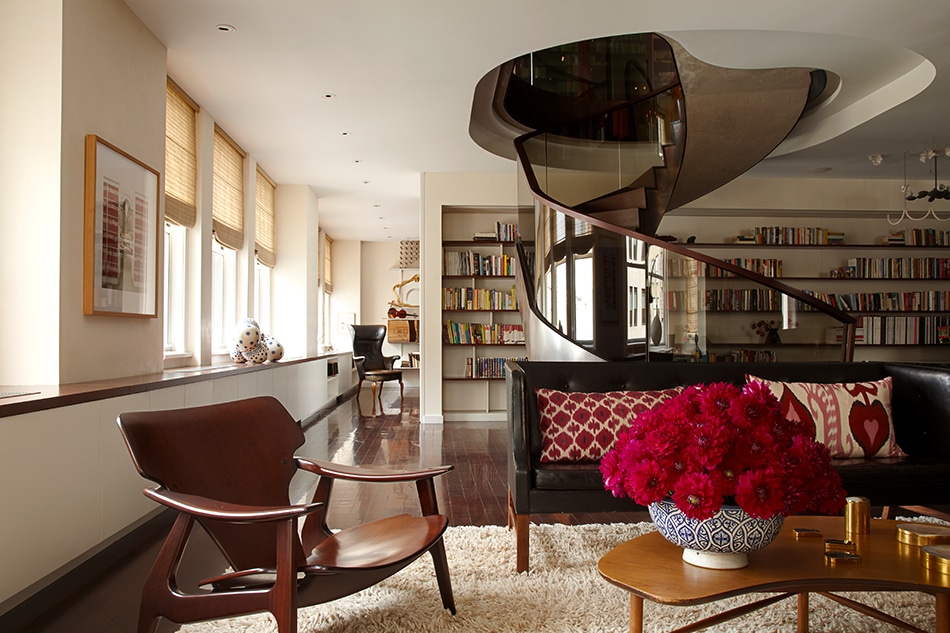 In the Manhattan apartment of art expert and interior designer Rodman Primack, a curving staircase echoes the sinuous lines of a chair by Brazilian designer Sérgio Rodrigues. 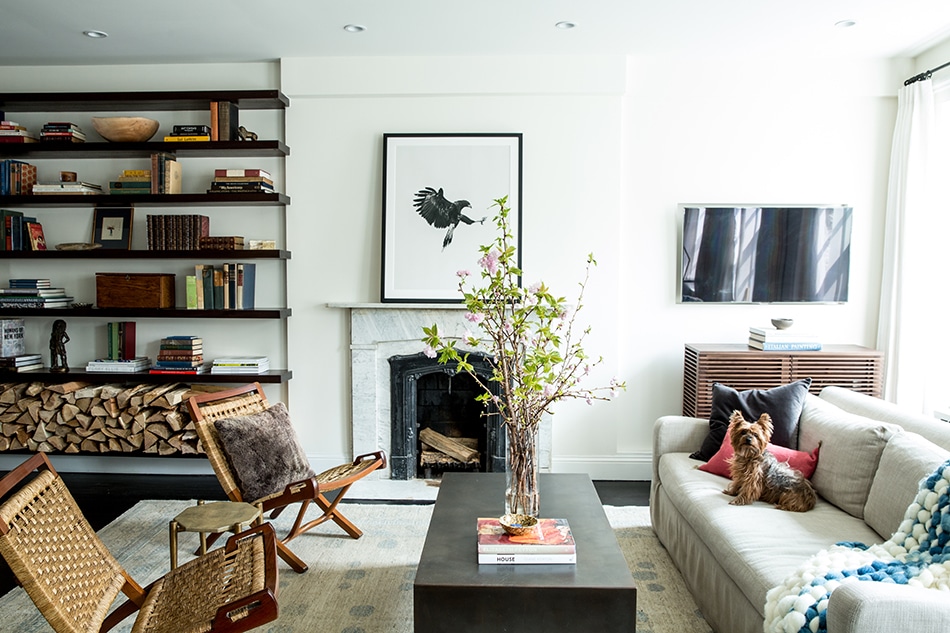 In the living room of the Greenwich Village townhouse, interior designer Katie Martinez used a Samarkand rug is from Doris Leslie Blau, mid-century rattan chairs from Foley & Cox and a side table by Balsamo to create a relaxed, welcoming space. 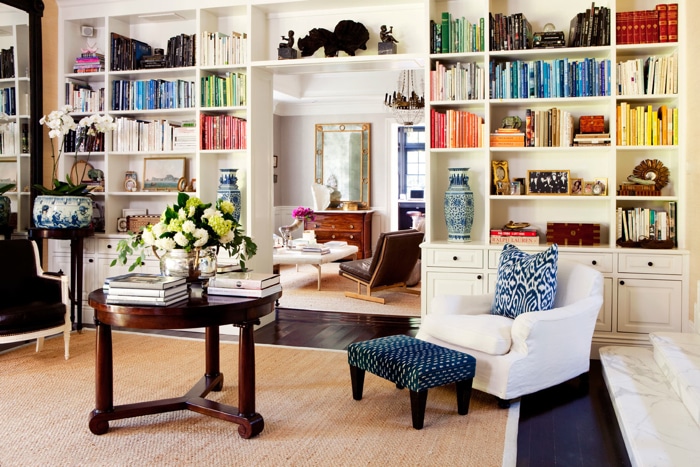 Interior designer Windsor Smith created a rainbow of book spines in the den of her Los Angeles home. She used natural accents, like a Sisal rug, to offset her bright palette. 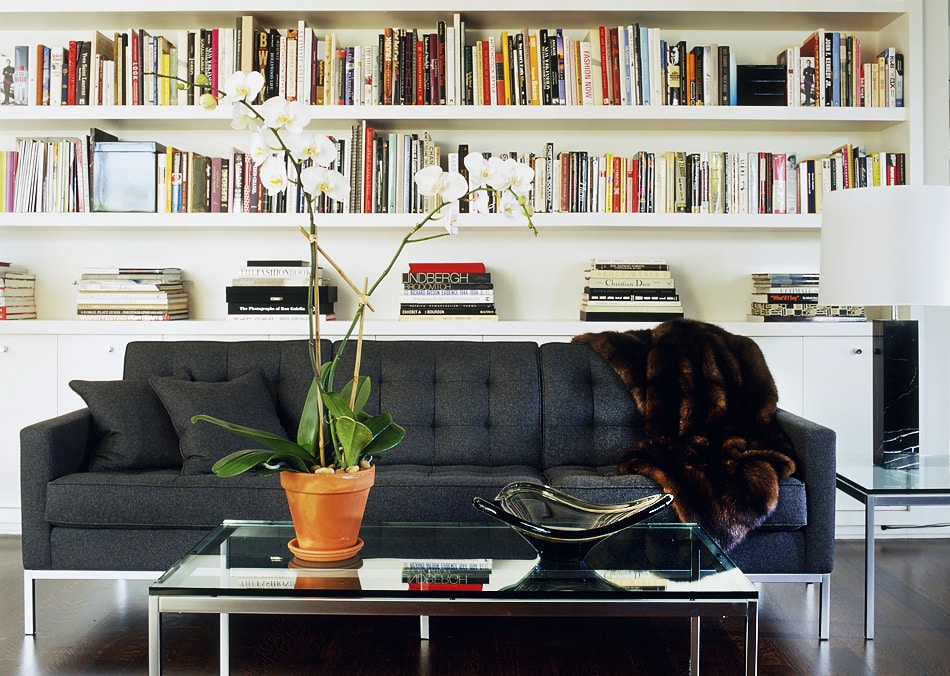 For the Greenwich Village loft of Michael Kors, interior designer Glenn Gissler used a minimalist palette of black, white and gray, and materials including chrome, stainless steel and Kors’s own gray-flannel suiting fabric, which here covers a Florence Knoll couch. 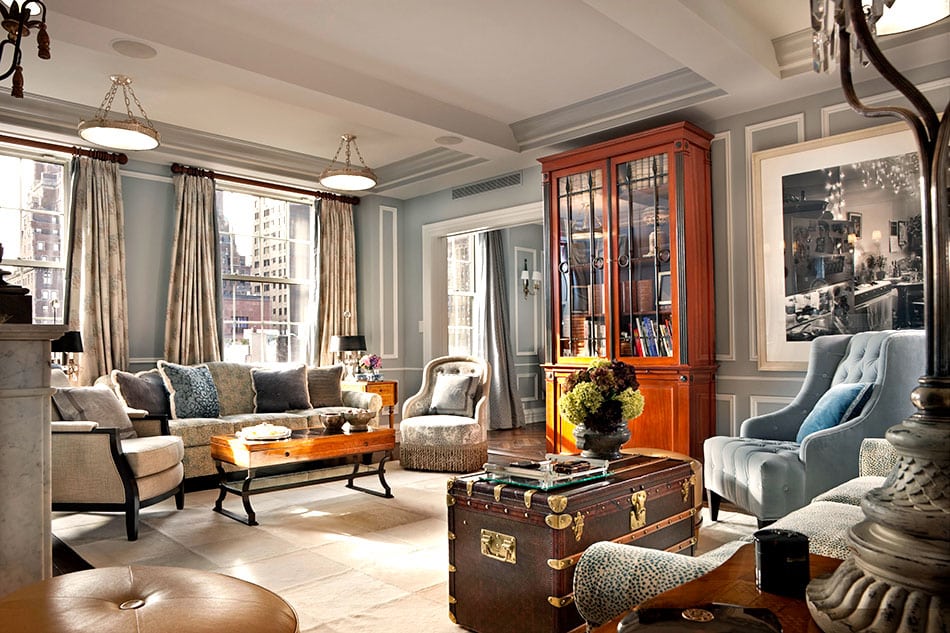 The interior designer Penny Drue Baird is known for her abilitiy to create architectural details from scratch, including the pretty panel moldings in this New York City apartment. 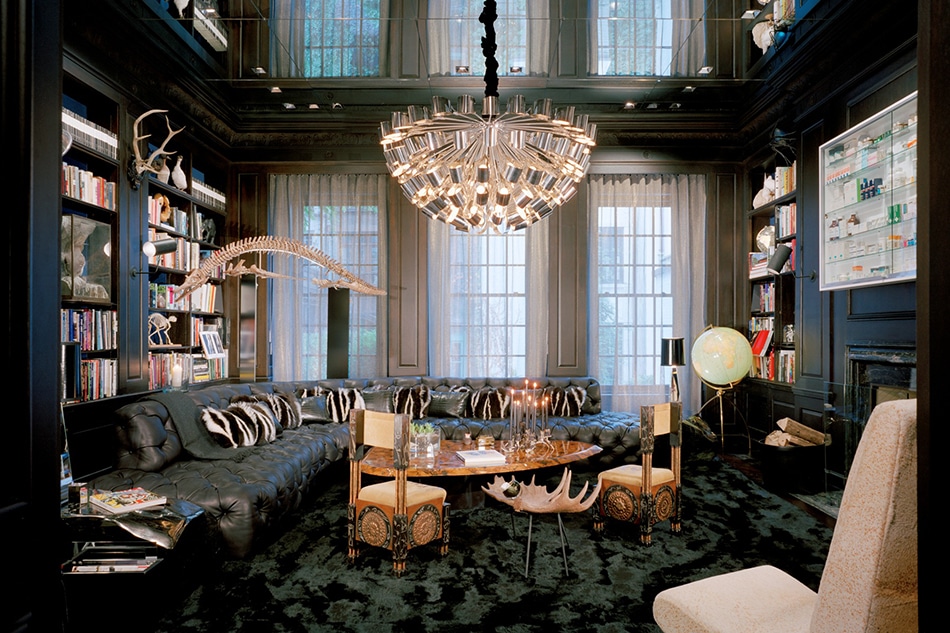 In the library of an Upper East Side townhouse, interior designer William T. Georgis mixed a mirrored ceiling and ebonized millwork cap the room, which sports skunk-patterned pillows on a custom sofa, a Sciolari chandelier, Carlo Bugatti chairs and a Damien Hirst medicine cabinet. 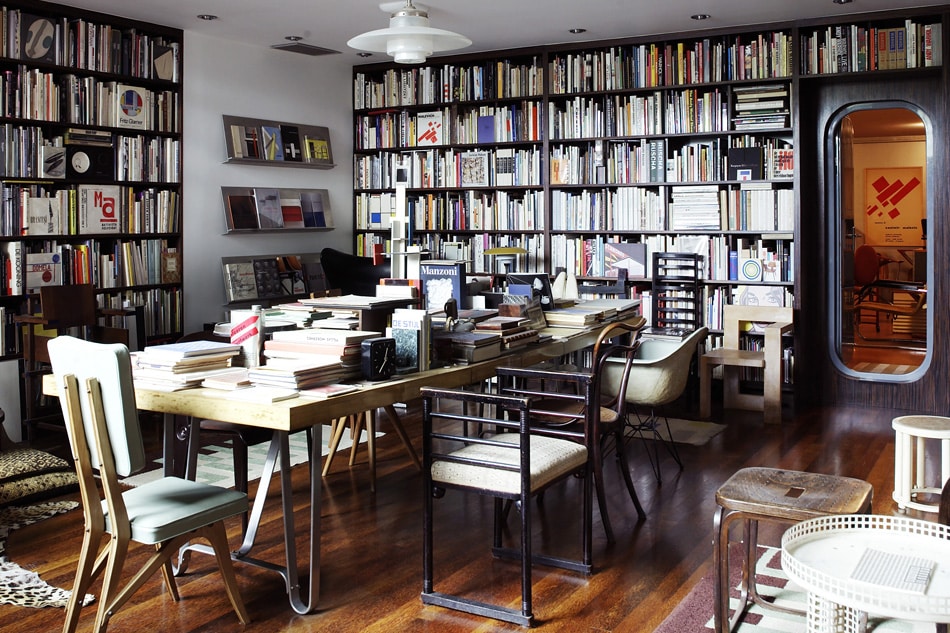 When architect Michael Boyd began renovations on Oscar Niemeyer’s Strick House, Boyd discovered that the home’s original library was too small to accommodate the family’s extensive collection of design books. Accordingly, Boyd chose to convert the garage, located beneath the original library, into a second library level and extended its walls toward the street for a new garage — the only addition to the house. 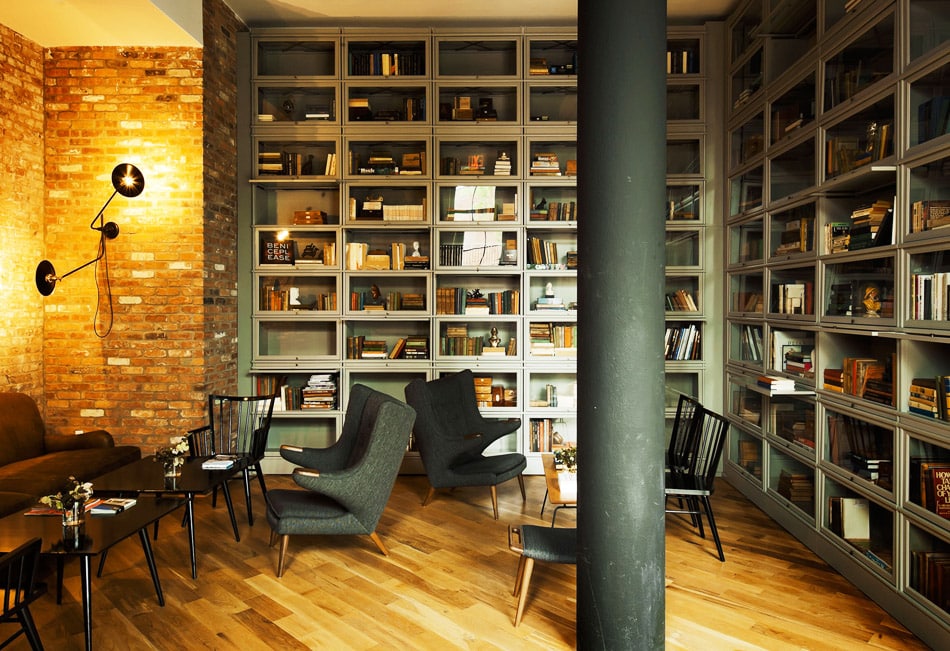 To see more inspiring interiors, sign up to receive emails from 1stdibs.