From vibrant to subtle, elegant to cheeky, enamel jewelry encompasses a wide range of colors and styles, and there are almost as many techniques for creating these distinctive pieces.
by Bella Neyman
Pin
Share
Tweet
Email 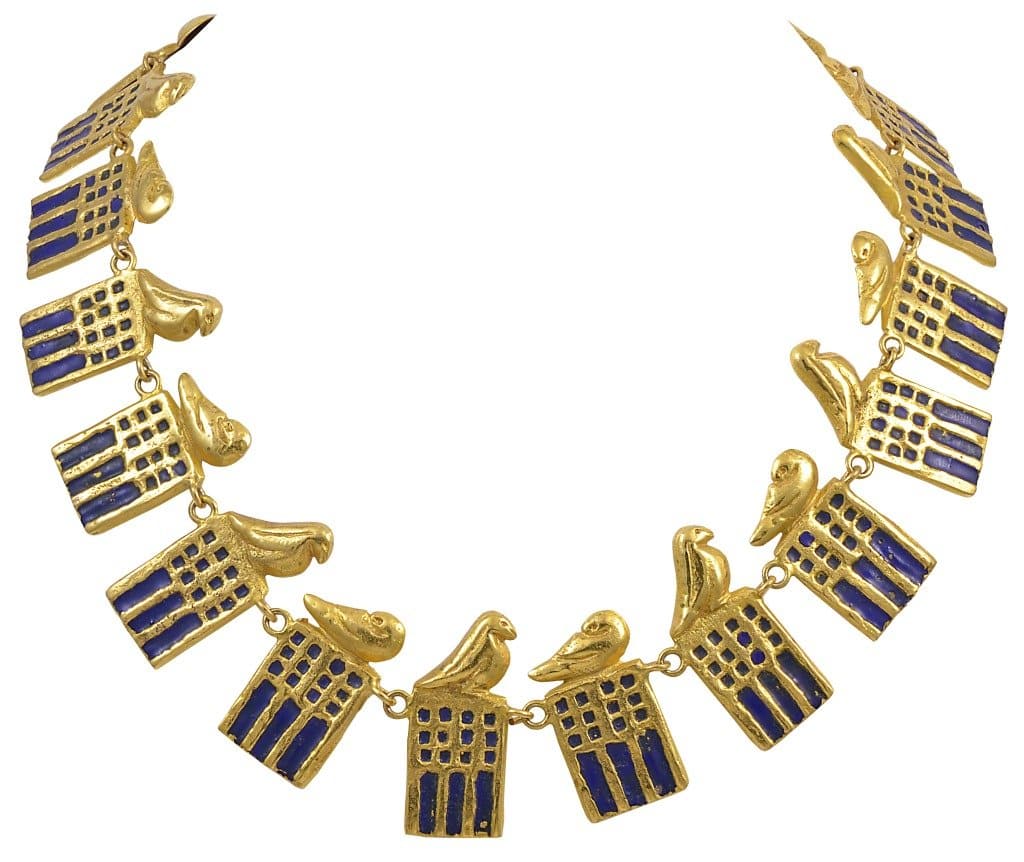 Enameling is one of the oldest forms of surface decoration, used to add color to jewelry without having to rely on gemstones. Evidence of enameling goes back to ancient Greece. Throughout history, far-flung cultures favored different techniques. For example, cloisonné enamel was popular during the Byzantine Empire, while artisans living in France and Germany in the Middle Ages preferred champlevé. And Art Nouveau jewelry designers favored plique à jour.

At its core, enamel is the fusion of powdered glass to metal, and artists like enameling because it allows them to add a painterly or illustrative quality to their work.

Here, we look at some of the most common techniques for enameling jewelry. 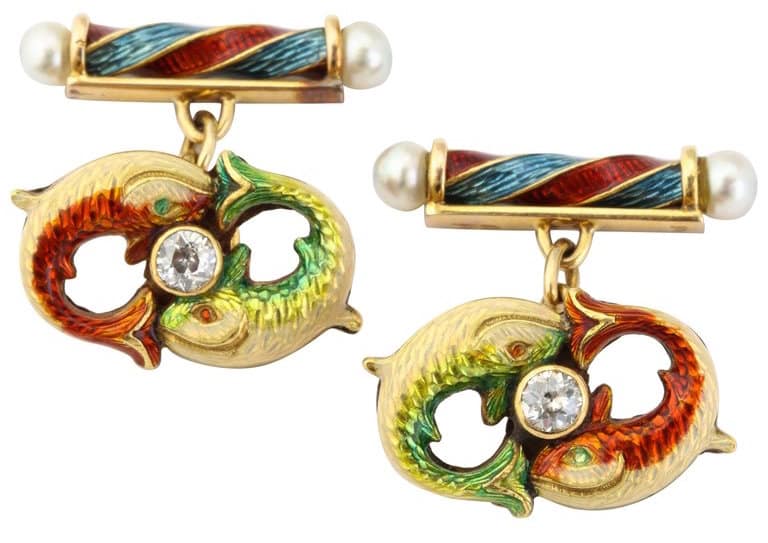 Cloisonné (“cell” in French) is a technique in which thin wires of fine silver or gold are used to outline a design, which is then filled with enamel. The piece is subsequently placed in a kiln where the enamel is melted. Cloisonné is distinct because the individual wires remain visible, forming an outline of the motif. 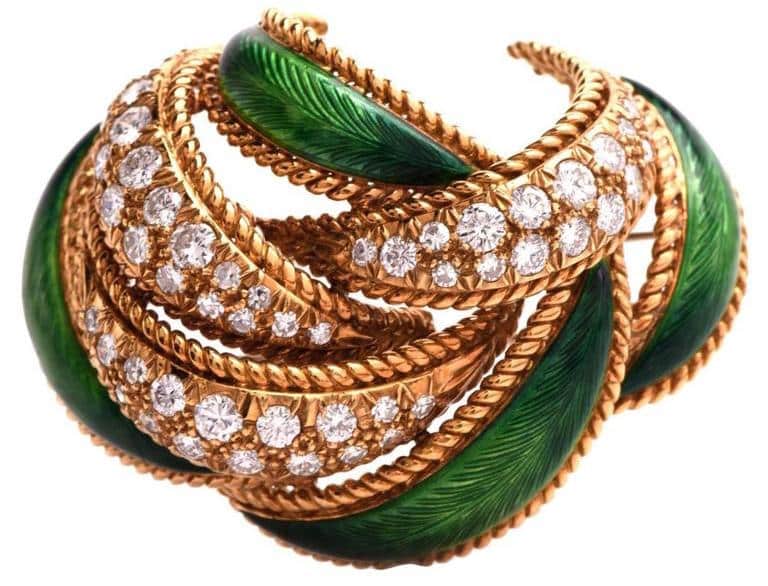 Champlevé (“level field” in French) enamel is almost the opposite of cloisonné. In this technique, depressions in the metal are made by etching, engraving or chiseling, and then layers of enamel are built up until they rise slightly above the surface of the metal. The enamel is then fired and polished. 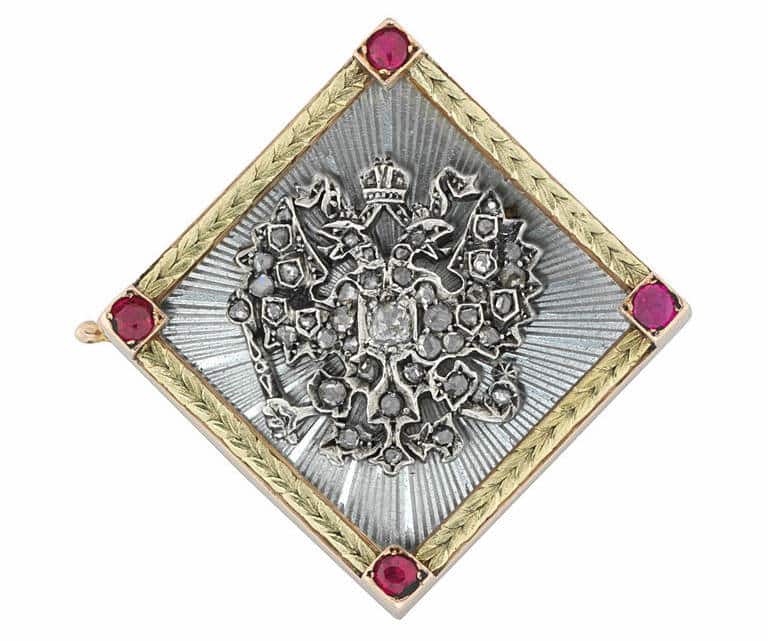 Guilloché is a technique in which translucent enamel is applied to a piece of metal that has had designs cut into it using a lathe. After the firing, the patterns on the metal become visible. Guilloché was made famous by Peter Carl Fabergé, whose jewelry house used the technique on many of its objets d’art as well as jewelry. 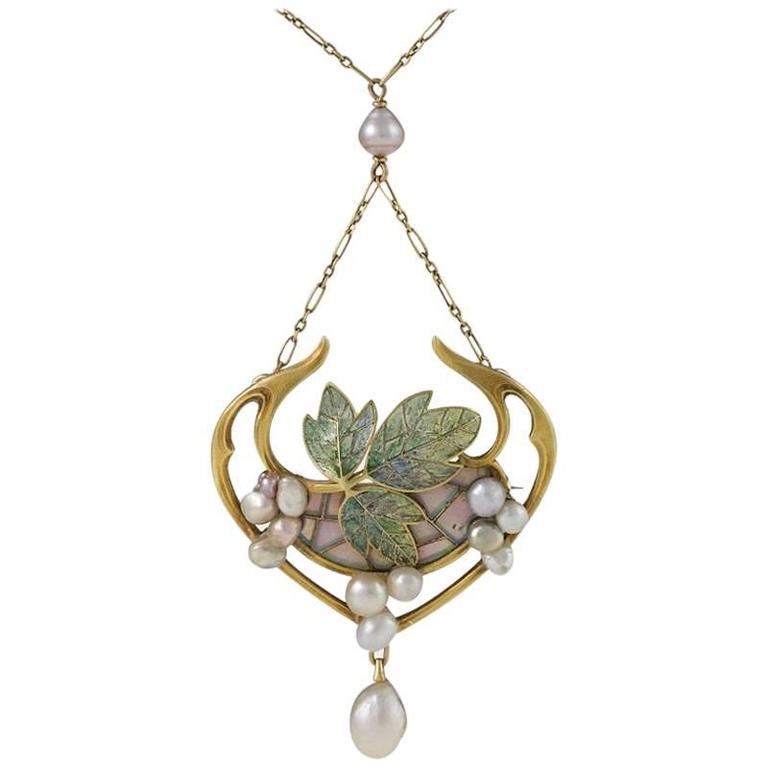 Plique à jour (“letting in daylight” in French) enamel was popular during the Art Nouveau period. In this technique, the enamel is not applied to metal, but instead enamel powder is applied to cells on a thin sheet of copper foil or mica and then etched away. Essentially the backing is removed, sometimes with acid, to create a stained-glass-like effect. Jewelry made with plique à jour often has a luminous quality because light is able to penetrate the piece from the front and back. 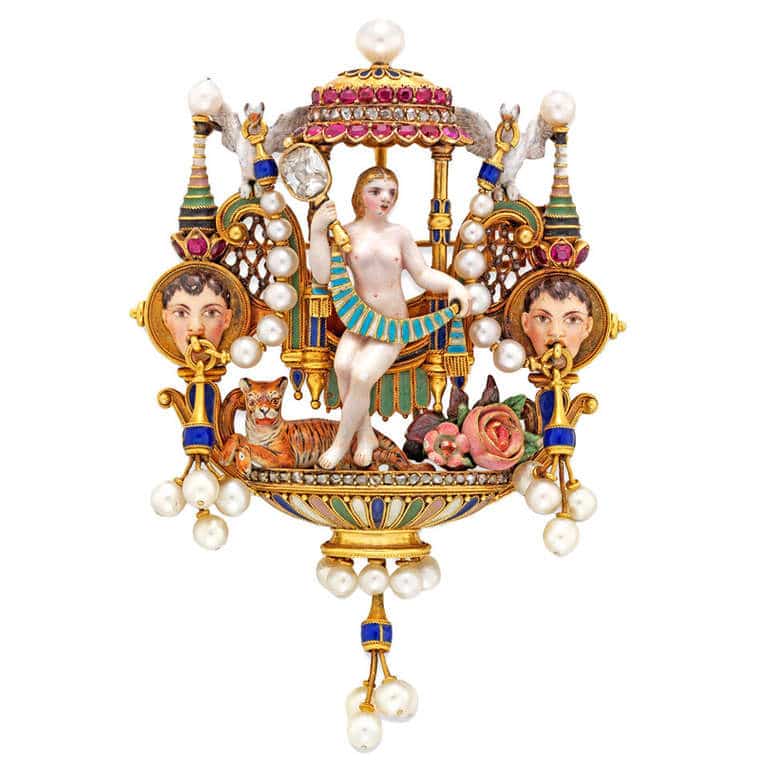 Ronde bosse (“round work” in French) is the technique in which enamel is applied to three-dimensional forms. This practice was first used in the 15th century, during the Renaissance, with the invention of adhesives that would hold the enamel in place and disappear after firing. 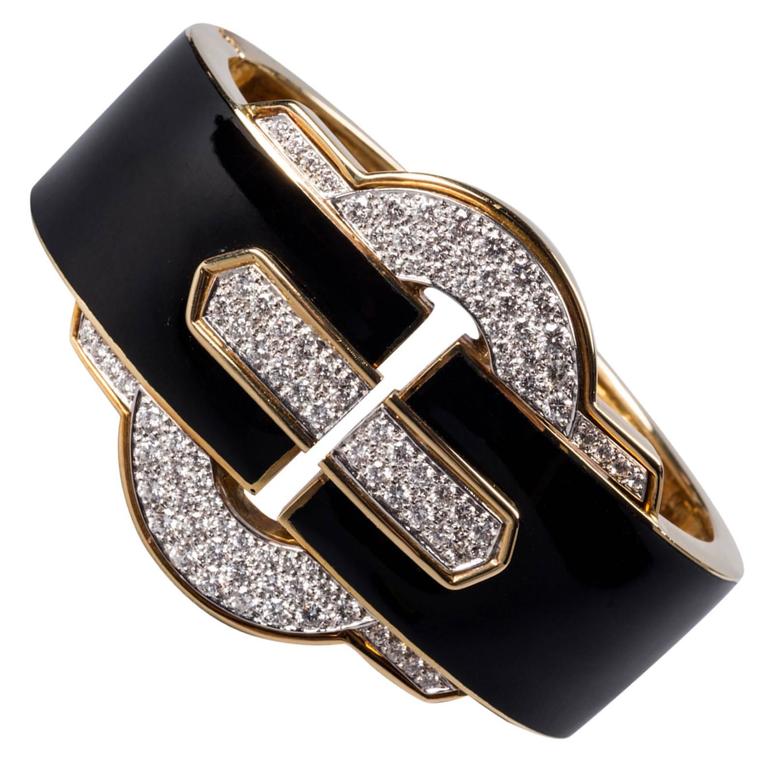 There are also several ways to apply the enamel: It can be sifted, painted, stenciled, sponged, dropped or inlaid wet or dry on the metal. Artisans can also enhance their designs via sgrafitto, or etching into the metal, and inlaying found objects.

Enamel is a temperamental technique in which each piece is fired in a kiln at temperatures ranging from 1,200 to 1,700 degrees Fahrenheit. If part of the enamel cracks, the damage can be irreparable and the piece considered a total loss. With that in mind, beautifully made enamel pieces feel that much more precious. 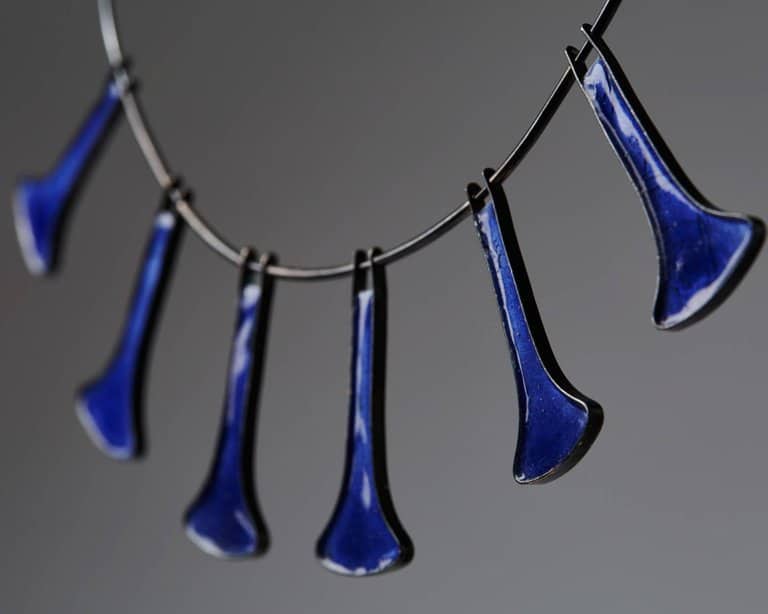