Our Guide to 15 Gemstone Cuts You Should Know

Can you spot the difference between an Asscher-cut diamond and an emerald-cut diamond? Here's how.
by 1stdibs Editors
Pin
Share
Tweet
Email 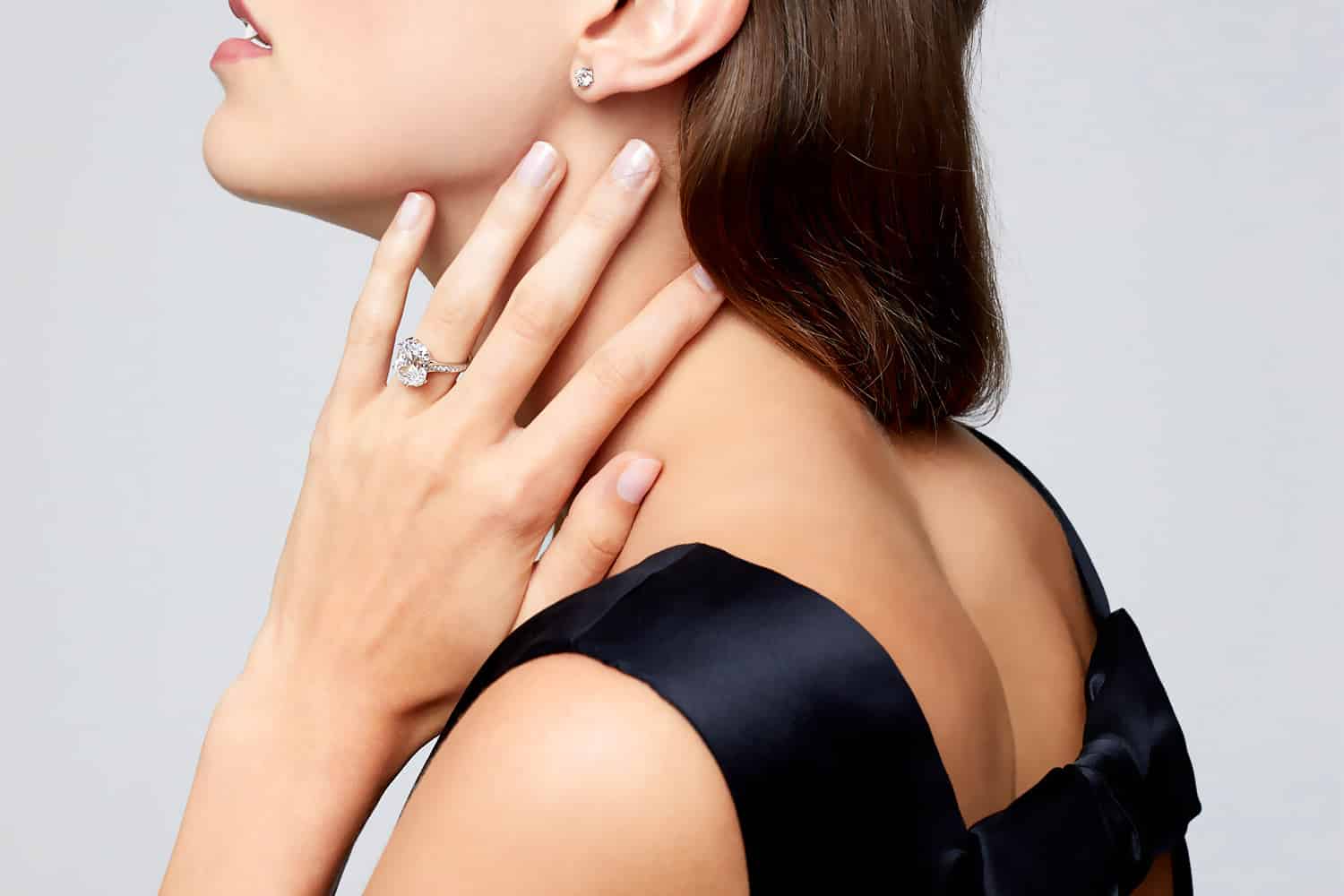 Shoppers can now look for specific gemstone cuts while perusing jewelry on 1stdibs. But they may not know the history, fads or facets behind their favorite shapes. Below, we break down 15 cuts and show you how the stones look in real rings alongside handy diagrams of their silhouettes.

The round brilliant cut is the most classic of all stone cuts. Circular with 58 facets, the stone is cut to maximize its brilliance. Anything that is not a round cut is called fancy cut. Round brilliant stones have been popular since the early 1900s.

The old European cut is a precursor to the modern round brilliant cut. The stone appears circular when looked at from the top (because of its low table or largest facet) and has a high crown (the part above the middle of the stone) with larger facets. The tip of the stone, or the culet, is flat instead of pointed. This style was used predominantly in 19th century. Hence, the name.

The emerald cut comprises 58 facets and truncated corners on a rectangular step-cut stone. The clarity of an emerald-cut diamond is very important because of its flat pavilion, which can magnify the stone’s imperfections. Initially a popular cut for emeralds only, it is now used on other precious stones, but the name has come to define the style. The emerald cut became popular during the Art Deco period.

Named after the French bread due to its elongated and slender shape, these rectangular step-cut stones are used to accentuate larger, central stones. Popular during the Art Deco period, the baguette cut is again in fashion, particularly in Deco-inspired rings.

The cushion cut is often referred to as a pillow cut due to its square or rectangular shape with rounded edges. This stone cut comprises 58 facets, like brilliant stones. The cushion cut has been popular since the 18th century.

Above: 5.03-carat fancy yellow cushion-cut diamond in a tricolor ring, 2017

Rose-cut diamonds are uncommon in modern jewelry and are often associated with antique styles like Victorian or Georgian. The rose cut is circular like its namesake flower, with a flat top and a domed crown with either 12 or 24 facets. This cut dates back to the 16th century.

Also known as the navette cut (meaning “little boat” or “sailboat” in French), marquise-cut stones are easy to identify due to their elliptical shape that is tapered on both ends. Stones with a marquise cut are considered modified brilliant because they have 58 facets.

A square, modified brilliant-cut stone with pointed corners, the princess cut is a variation on the round brilliant stone and came into fashion in the 1960s. This cut has maximum brilliance and, therefore, it is one of the most popular choices for engagement rings. And because of the square shape, more of the original gem is preserved, so there is less waste.

The oval cut was created in the 1960s. It is a variation on the round brilliant cut with the same number of facets: 58.

The radiant cut was invented in the 1970s by Henry Grossbard, a master diamond cutter. Distinct for its trimmed corners and square or rectangular shape, it is often compared to a princess cut because of its unusually high number of facets (60 to 70), which results in greater brilliance and radiance.

French-cut stones are either square or rectangular and are distinguished by the cross that the facets on the crown make. The cut originated in the 14th century and experienced a resurgence in popularity during the Edwardian period.

A variation on the emerald style, the Asscher cut is a square step-cut stone. But unlike the rectangular emerald cut, it looks octagonal when viewed from above. The Asscher cut was invented in 1902 by the Royal Asscher Diamond Company, and it became popular during the Art Deco period.

Trillion-cut stones are triangular, modified brilliant-cut stones with 31 to 50 facets. In jewelry, trillion stones usually flank the center stone and have straight or curved sides. The trillion cut was designed and trademarked by the Henry Meyer Diamond Company of New York in 1962.

The pear cut is a modified brilliant cut with 58 facets and a teardrop shape (round at one end and pointed at the other). Historically, this cut was referred to as pendeloque, and it was the invention of a Flemish stonecutter in the 15th century.

Old mine–cut stones, often associated with antique rings, are slightly curved and square shaped. Because these stones were cut prior to the invention of modern faceting, Old Mine-cut stones are never as bright as modern stones.