Be Entranced by Intricate Georgian-Era Jewelry

From diamonds to glass, gold to iron, get to know the stories behind the materials and techniques that defined the jewelry of this era.
by Bella Neyman
Pin
Share
Tweet
Email 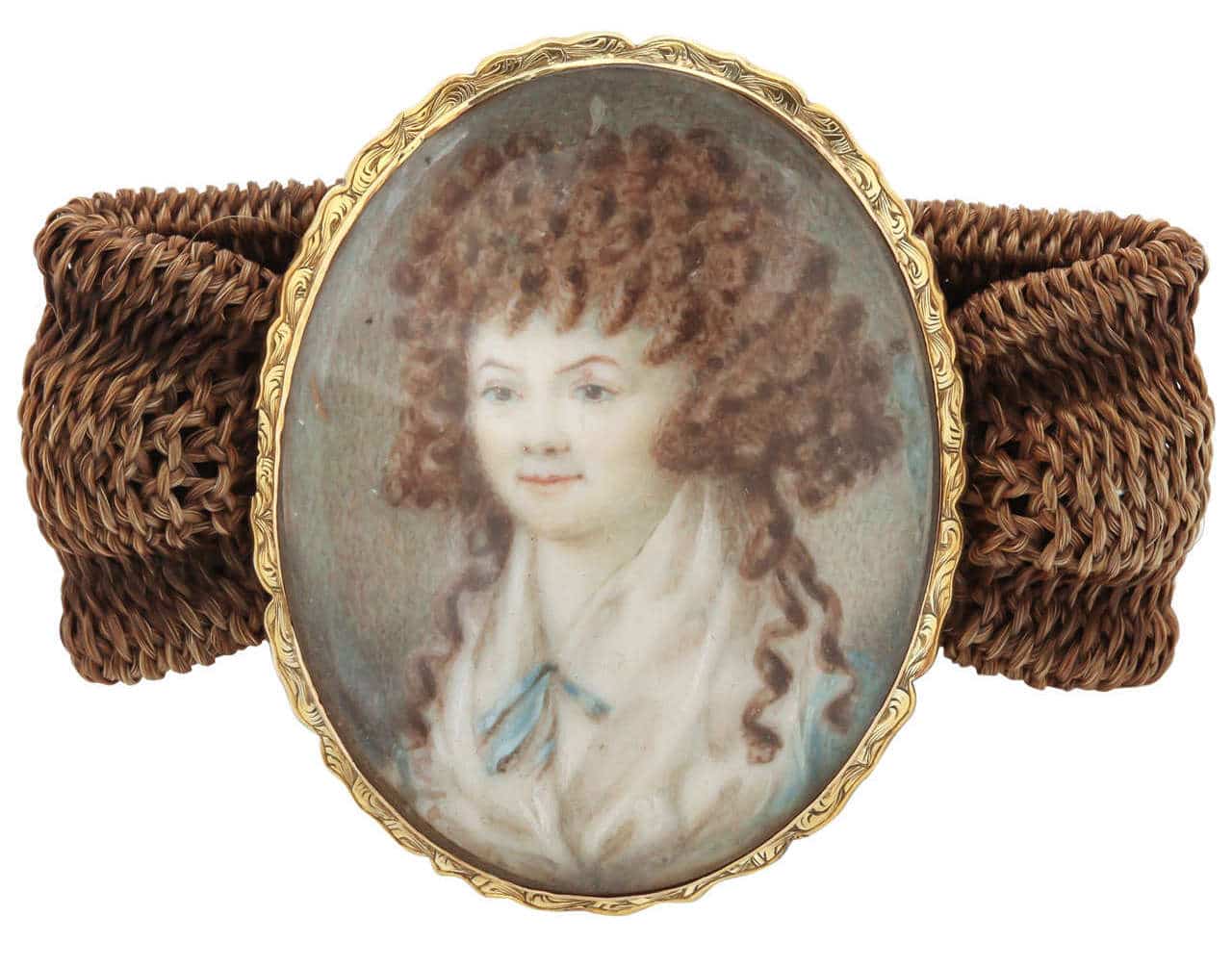 Georgian jewelry is named for the monarchies of the four King Georges, who in succession ruled England starting in 1714 (plus King William’s reign, which lasted until 1837). A slew of beautiful pieces were produced during the period that today are coveted by collectors.

There are certain features that distinguish jewelry from this era, including the fact that pieces from the 18th and early 19th centuries was handmade (so don’t let the absence of a maker’s mark lead you to believe otherwise). Georgian jewelry also has a certain “look.” It’s a bit gray because stones were often set in silver, and because stonecutting techniques were not as advanced as they are today, the gems do not possess the level of sparkle to which we have become accustomed. 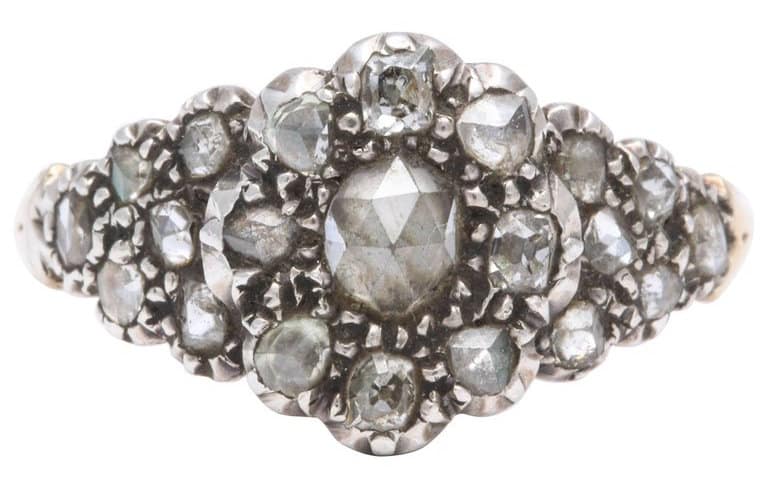 Intricate metalworking techniques such as repoussé (the hammering of metal into ornate designs) and cannetille (a method of working the gold wire to make it look woven) allowed goldsmiths to really flex their muscles. These gold pieces, either on their own or combined with gemstones, made for highly original and dramatic jewelry. The era also saw pieces with ornately woven strands of human hair. 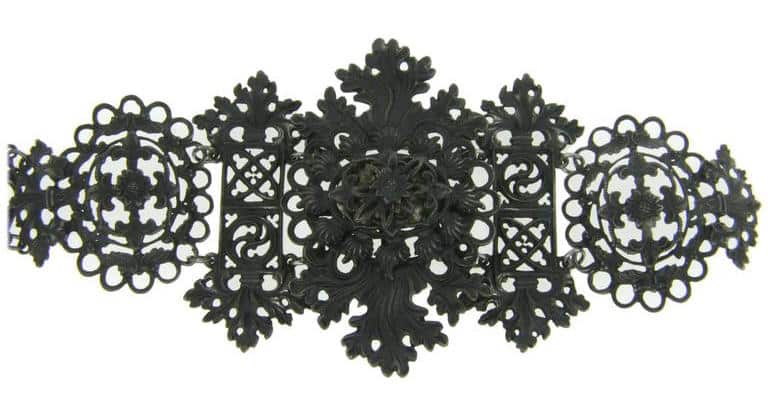 There is also the matter of the materials used. It is common to find jewelry that is made of silver, 18-karat gold (often in combination with silver) or pinchbeck, an alloy that was part copper and part zinc and that resembled gold.

At the time, most jewelry was not stamped with the gold karat weight, but jewelers were responsible for disclosing this so that consumers were not fooled into purchasing something that they thought was truly gold. Another commonly used material was foil. Gemstones were normally backed by foil to provide another layer of luminescence, and since stones had closed backs, the foil was not visible.

Nonprecious metals like steel and iron were also popular. Around 1759, King Louis XV of France asked the people of the Republic to help fund the Seven Years’ War by donating their gold jewelry, and in return they received cut steel. This led to the production of some beautiful steel pieces.

The German government asked their citizens to do the same around 1804 to help the German army defeat Napoleon. Known as “Fer de Berlin,” these pieces were replicas of the owner’s original gold items, and they were engraved with “Gold gab ich für Eisen,” or “I gave gold for iron.” 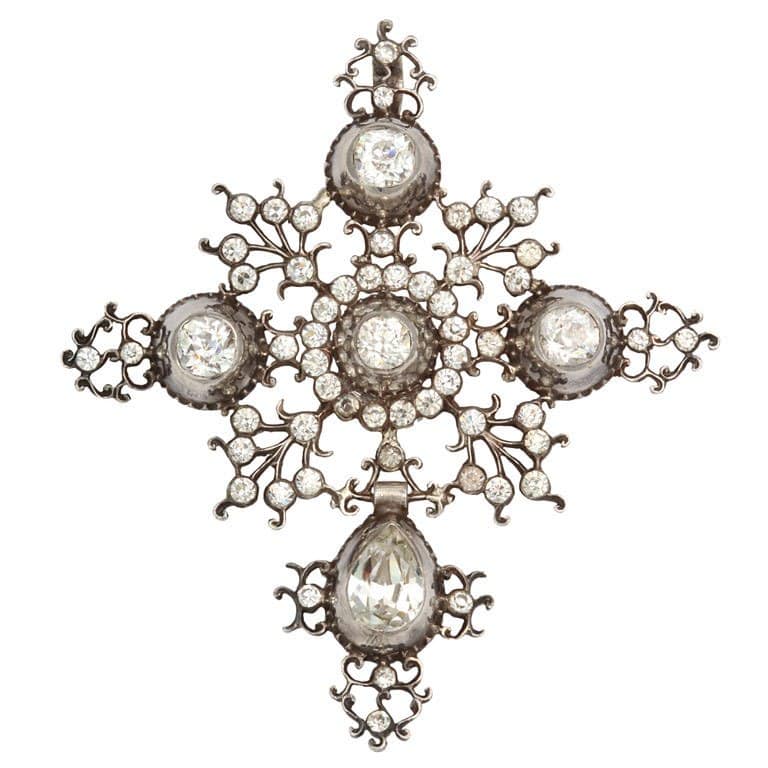 Pearls, along with colored gemstones like garnets, rubies and sapphires, were widely used in Georgian jewelry. These were often cut in the shape of a cabochon or teardrop. It was fashionable to combine garnets or rubies with seed pearls. Popular cuts for diamonds included rose, old mine and table.

Around the 1780s, paste jewelry, or hand-cut glass on foil, was used to imitate diamonds. Actually, the glass could be of any color, and therefore imitate the look of other sparkly gemstones. Like the use of pinchbeck, it was a way for the lower echelons of society to wear “good” jewelry (or at least what appeared to be good). Paste was an early form of costume jewelry, and it was favored by the aristocracy as well. 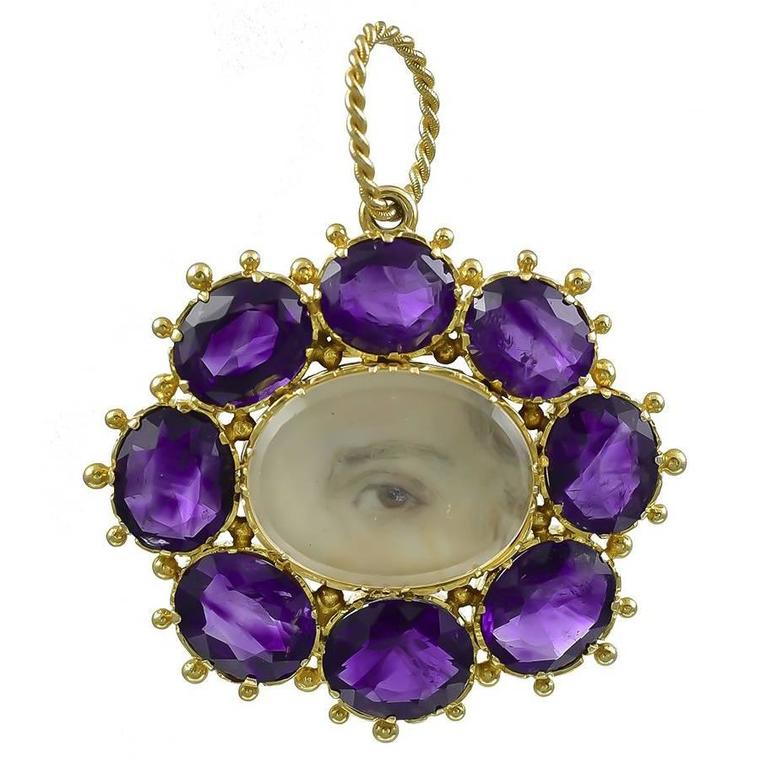 Design-wise, Georgian jewelry was quite feminine, with pieces that featured flowers, foliage and plumes. It was also not uncommon to see birds, bugs and human body parts such as hands and eyes.

The Georgian period was romantic, and mourning jewelry, which was later seen in the Victorian era, made its first appearance. Portrait miniatures, hair jewelry, cameos, enamels and micromosaics were fashionable.

Stacking rings were also sought-after, both for their dainty nature and because they were symbolic of the feelings that the giver felt for the receiver. Acrostic REGARD rings were especially popular. In these rings, each letter signified a different stone: R for Ruby, E for emerald, G for Garnet, A for amethyst, R for Ruby and D for Diamond), as were rings with clasped hands and rings with a flower in between two hands. 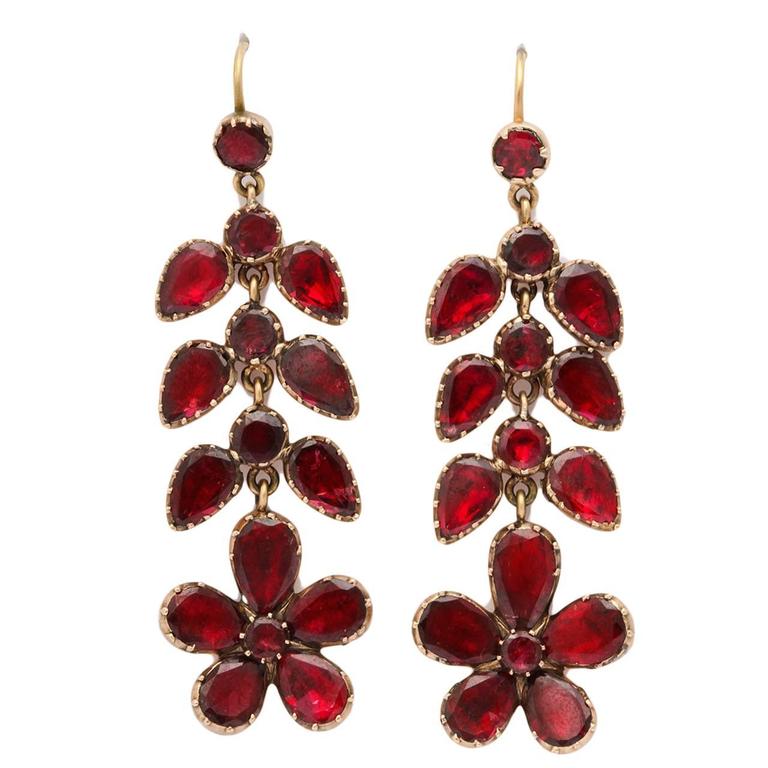 Women favored long, dangling earrings known as girandoles, and later, a similar style known as pendeloque, as well as large pendants and stick pins. One of the most popular items at the time was the chatelaine, a long chain from which you could hang important possessions, like a watch or eyeglasses. For evening, women often wore a parure, or a matching suite of jewelry. Parures often contained pieces that were convertible — for instance, a pendant that could be worn as a brooch.

There were many changes in jewelry design in the 19th century, not only because of the war effort but also because of industrialization. Today, the best examples of Georgian-era jewelry are often found in books, though the Victorians did carry on the traditions of some of the most beloved styles. 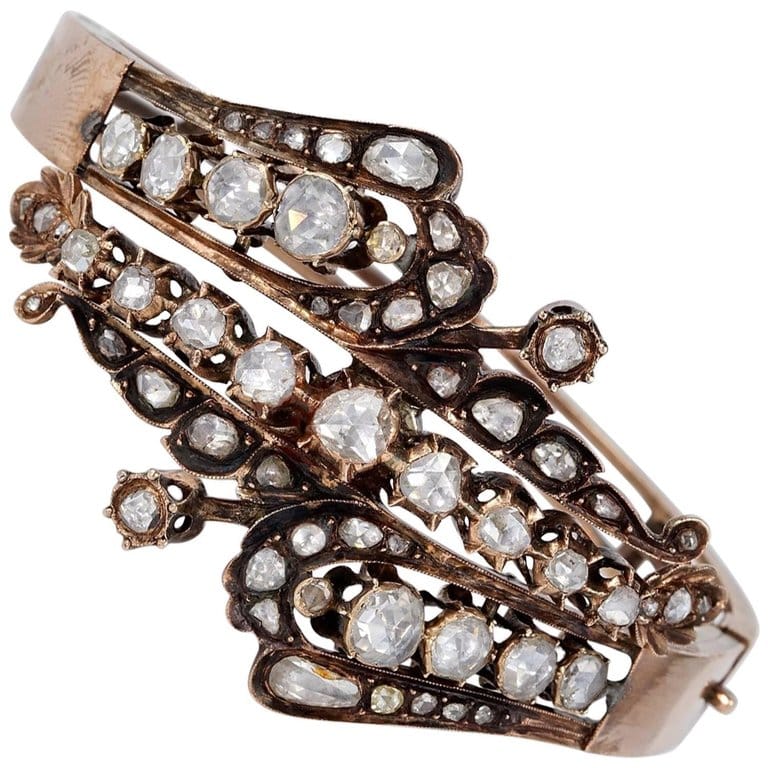