We celebrate the cheeky, bold functionality of Italian mid-century modernism with a compilation of some of the era’s best designs — and inspiring Italian interiors to boot.
Allegra Muzzillo
Pin
Share
Tweet
Email 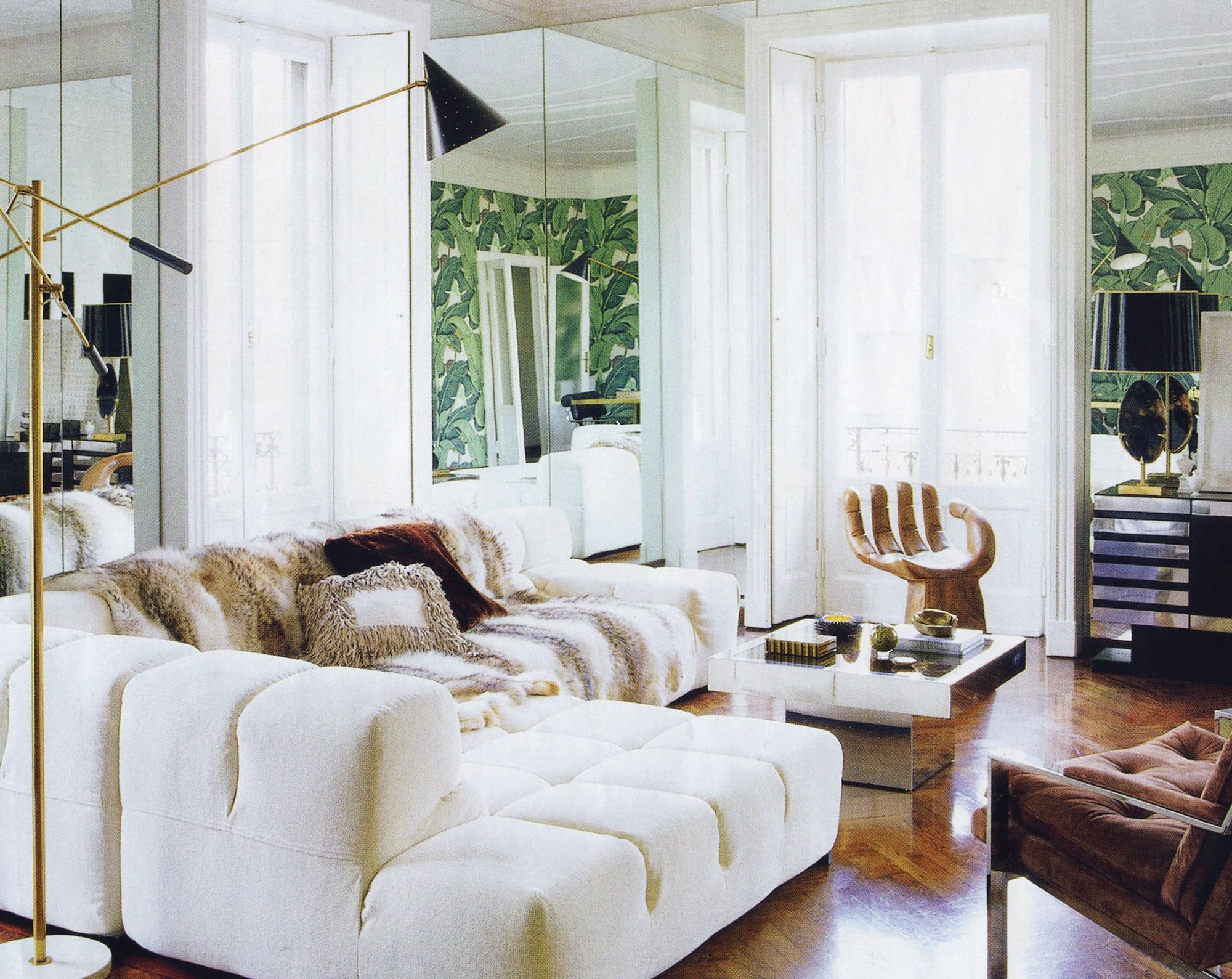 We just want to lounge around in this light-filled living room in Milan, designed by Nate Berkus Associates, which includes many nods to Italian modernism. Photo by Simon Upton

Consider Italian modernism a fresh, playful, irreverent counterpoint to the ramped-up consumerism and mechanized manufacturing of the postwar era. Now-iconic Italian designers such as Paolo Buffa, Giò Ponti and Ettore Sottsass were experimenting with newer materials like polyurethane and plastic composites to devise colorful, curvilinear works that straddle the surreal, the self-reflective and the avant-garde. Even Italian fashion houses like Salvatore Ferragamo and Gucci took note, producing finely tailored garments that oozed sophistication yet were highly comfortable and accessible.

Mid-century Italian interiors — just as the ancient Romans had presaged — were also characterized by a new lightness and airiness that put a premium on lounging and relaxation. Entertaining and familial interactions were highly encouraged. Rooms were large and begot a sense of physical space and, whenever possible, sweeping exterior views. Now and then, serving as reverential nods to Italian nationalism and identity, grand works from the Baroque period would figure prominently into their plans.

Here, we’ve compiled a shoppable mood board of some of the mid-20th century’s most playful, daring works, inspired by Achille Salvagni’s interiors at Villa Albani in Rome. 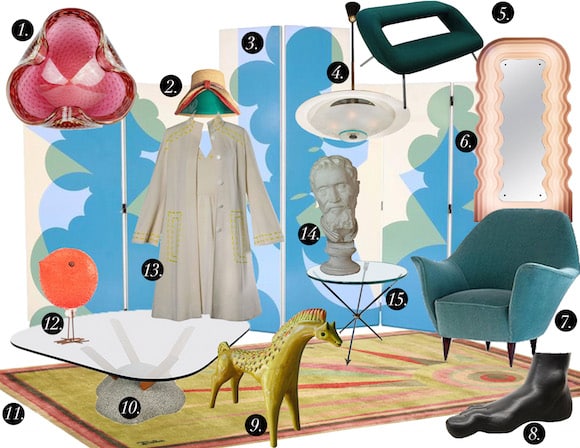 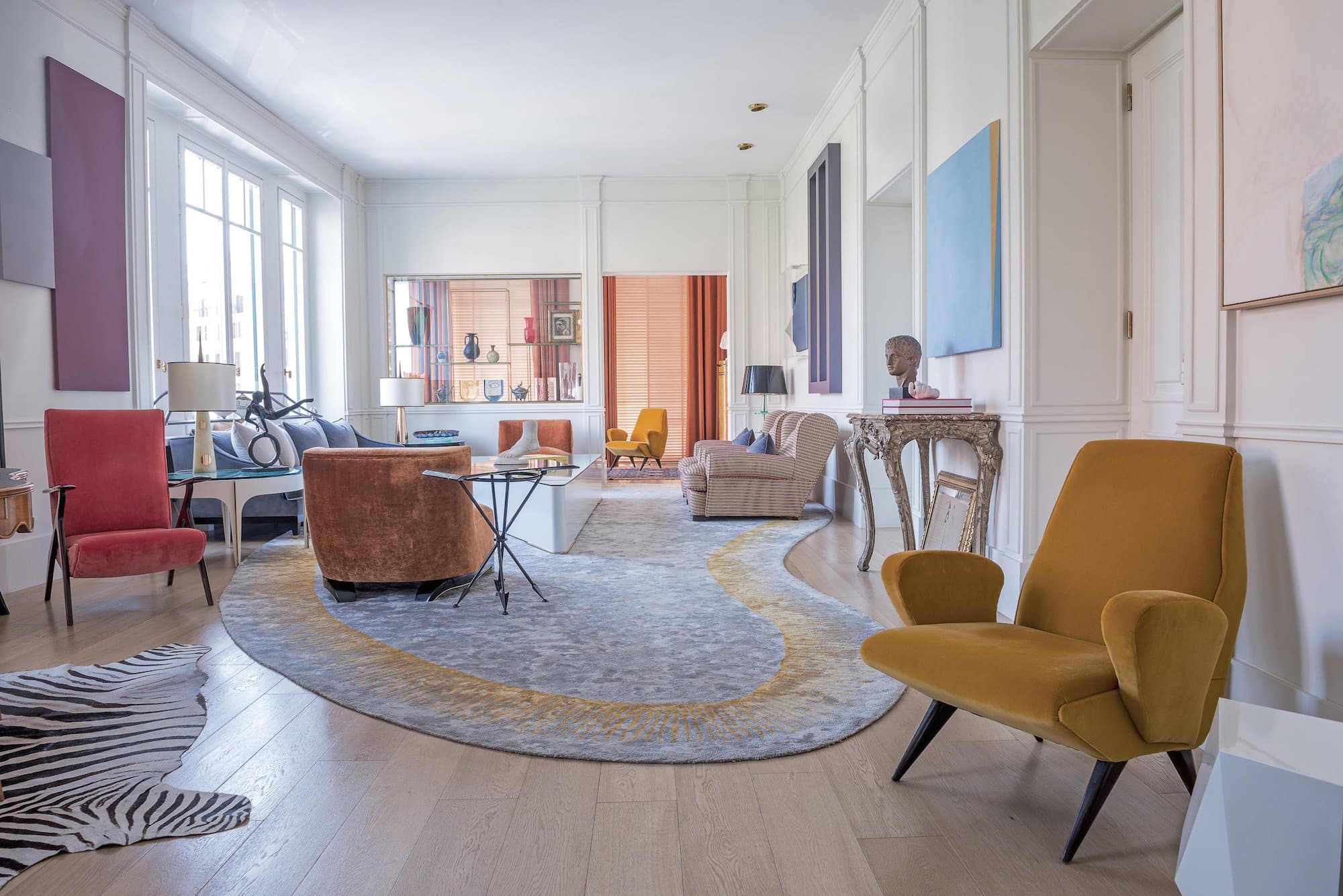 The living room of Villa Albani in Rome, designed by Achille Salvagni Atelier, is a colorful, expansive space that’s prime for entertaining. The mix of old and new includes Paolo Buffa armchairs, a wide Vittoria lounge chair by Salvagni and an antique console topped with a classical bust.