Apartment by Achille Salvagni Atelier in IT

Achille Salvagni’s Italian residence, Villa Albani, lives within an 1898 building in Rome. It’s a spacious 2,600 sq. ft. apartment that is divided into multiple smaller rooms. Salvagni painted most of the walls in a shade of ivory while the furniture and accessories offer a more colorful palette. For instance, the kitchen has a unique and stunning appearance, defined by alternating strips of Carrara and Belgian marble that make up the flooring.

Salvagni cites the Italian 20th century masters, Gio Ponti and Paolo Buffa, as two of his greatest influences. In the apartment, their impact is discernible as Salvagni includes Ponti’s lacquered ash chair and a set of glass vases as well as Buffa’s parchment-covered cabinet and leather-topped game table. However, the apartment is not fill with items chosen from one period or style but rather things he loves from a wide variety of eras, materials, and designers. For example, a Louis XV console in marble and gold leaf sits adjacent to a pair of 1950s yellow armchairs. Additionally, there are key pieces of his own furniture collections such as the Spider Chandelier in the dining room and the Earring sconces in the central hallway. He also adds a personal touch by incorporating a custom hand-knotted silk rug, which shows a map of San Felice Circeo, Italy, where his family owns a beach house.

The artwork follows a similar pattern in the sense that the works are taken from a wide variety of periods and styles. They range from pieces that are family heirlooms like the 19th century portrait of his wife’s ancestor to blue-chip modern and contemporary names like the self-portrait by Giorgio de Chirico. 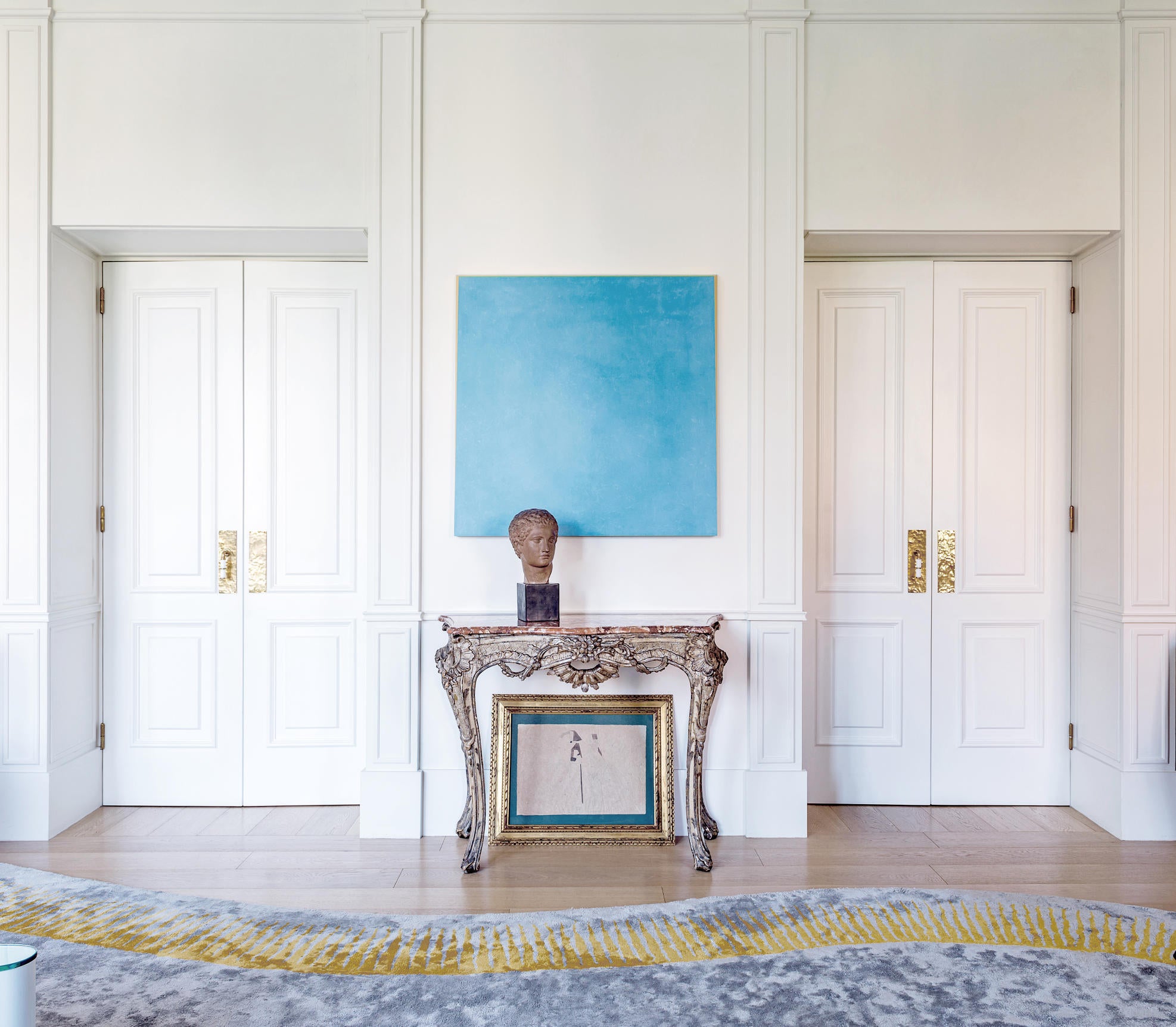