At the end of a highly productive day, what could be more relaxing than to sip a well-crafted cocktail in a well-designed bar? We’ve rounded up 16 images of beautiful bars in locales ranging from London to New York to San Francisco. View them, then browse antique and vintage barware while enjoying your favorite libation. Cheers! 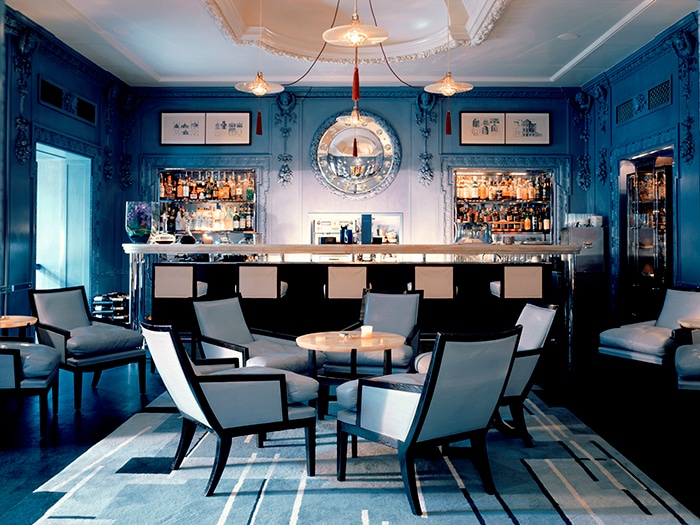 The late designer David Collins created the famous Blue Bar at London’s the Berkeley hotel in 2000. His bold, deft use of the shade remains fresh a decade-and-a-half later. 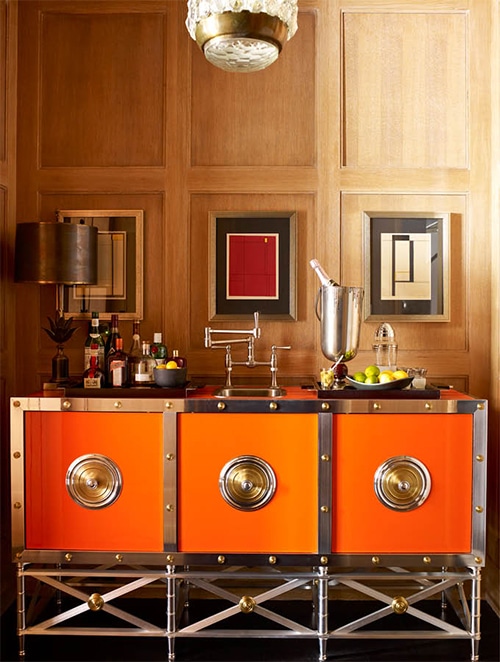 With a twist. Steven Gambrel used a bright, citrus-colored metal bar by contemporary designer Paul Benson in a project for clients located in the Flatiron neighborhood of Manhattan. 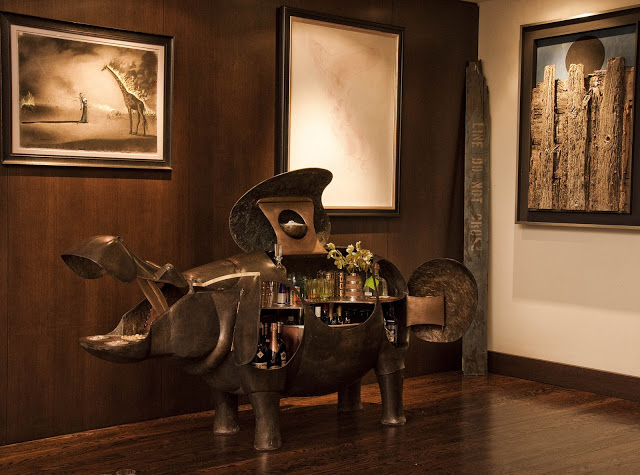 Francois-Xavier Lalanne created only eight of his patinated bronze Hippopotame III bars in the 1990s. The rarity of these bars makes them highly coveted by collectors — the model pictured above sold at auction for over $134,000 in 2009. 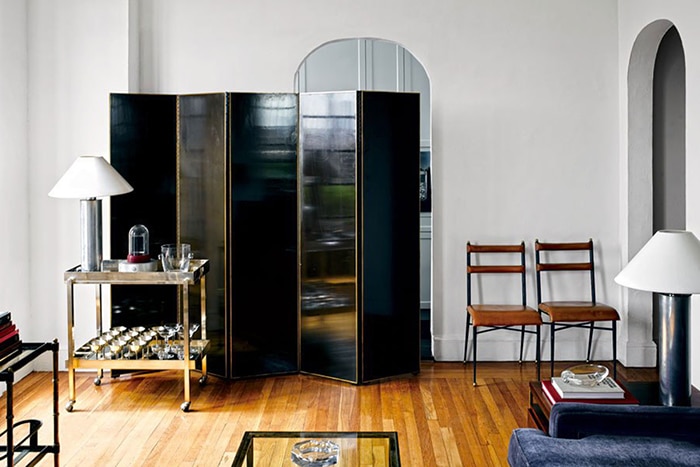 Fashion designer Thom Browne has a penchant for crisp tailoring and muted tones. The bar cart in his lower Manhattan home reflects the same kind of orderly angularity. 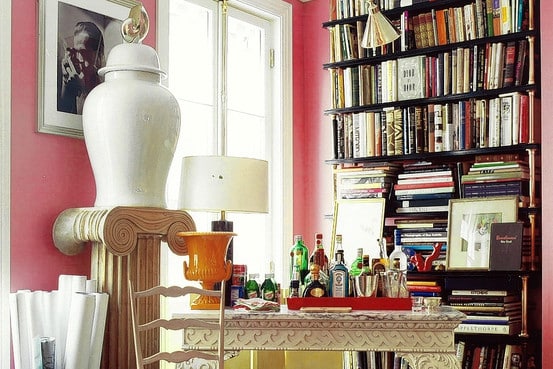 Interior designer Miles Redd carved out a nook to create a desktop bar in the corner of the oft-photographed pink and red living room of his Manhattan townhouse.

Photo by Paul Costella via The Wall Street Journal. 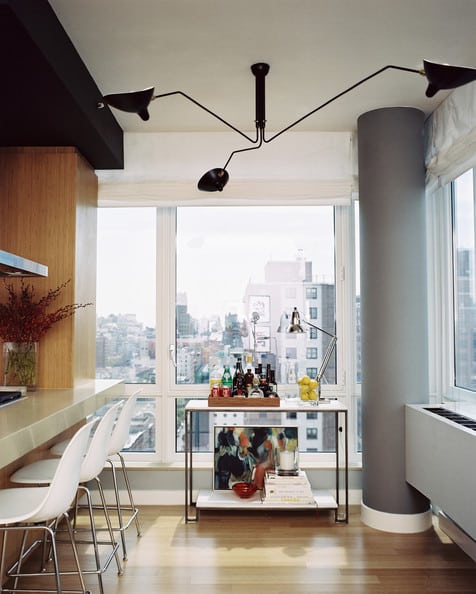 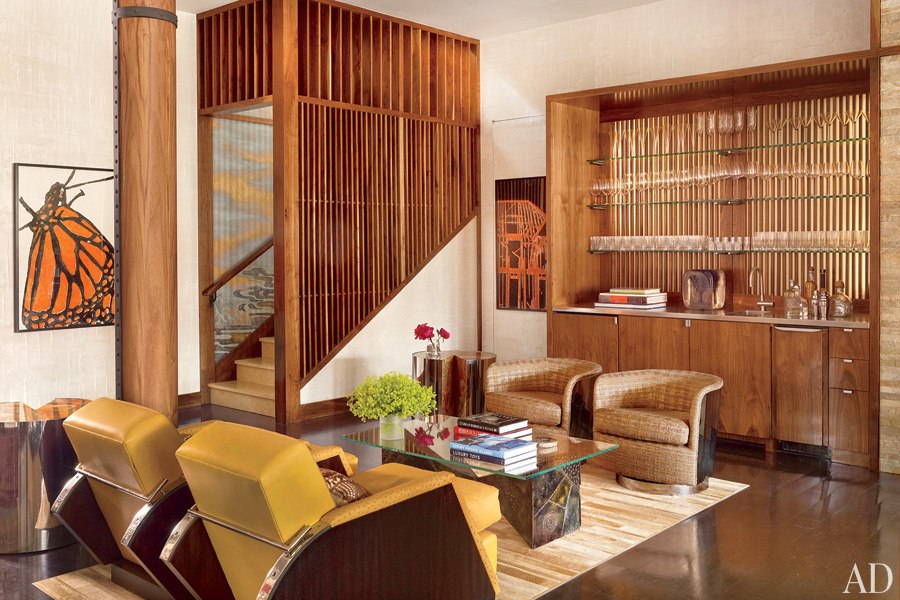 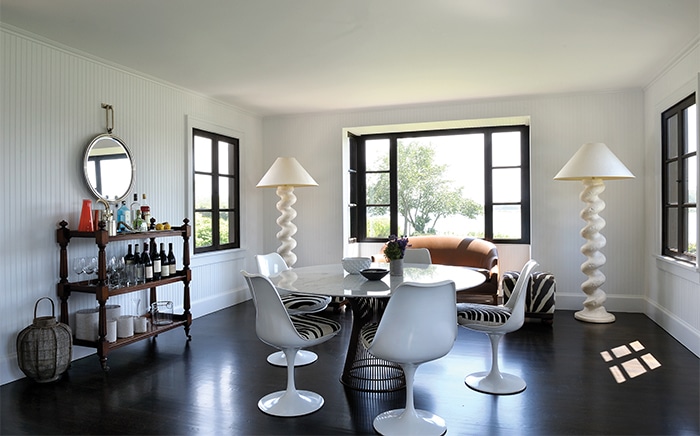 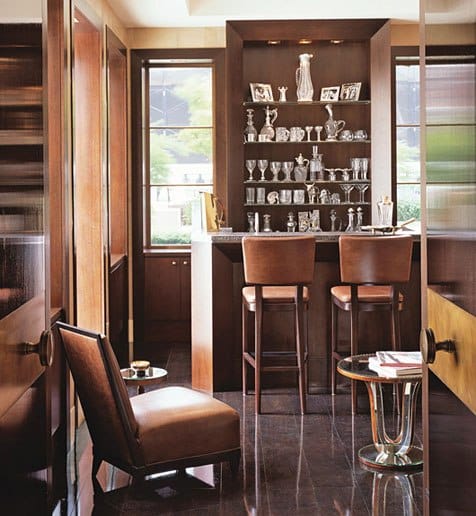 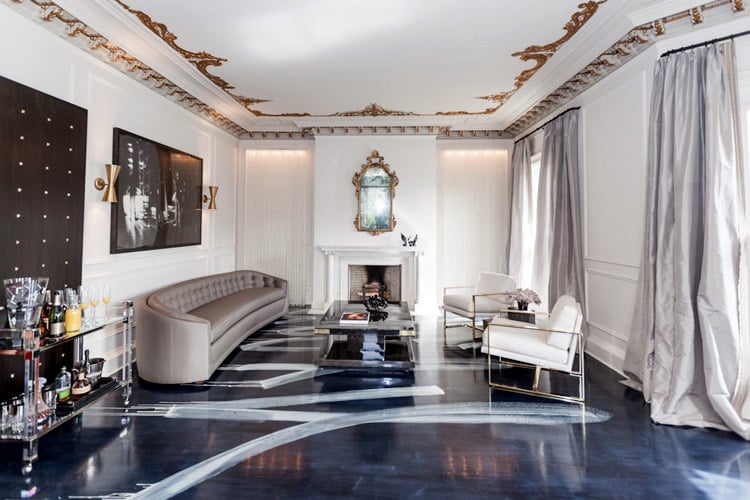 Catherine Kwong was inspired by Mick and Bianca Jagger when she designed this living room for the 2013 San Francisco Decorator Showcase. A Lucite bar cart adds to the louche, 1970s-esque atmosphere of the space. 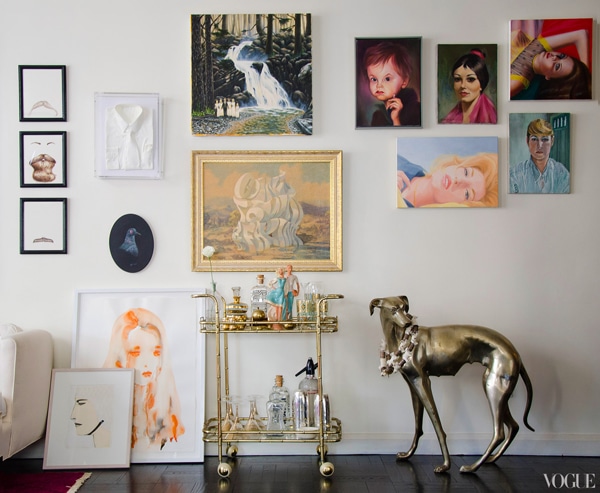 The delicate scale and proportion of Kyle DeWoody‘s brass bar keep the focus on her incredible art collection. 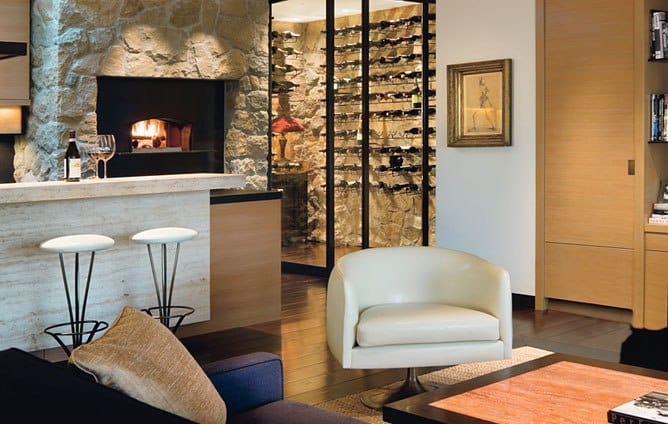 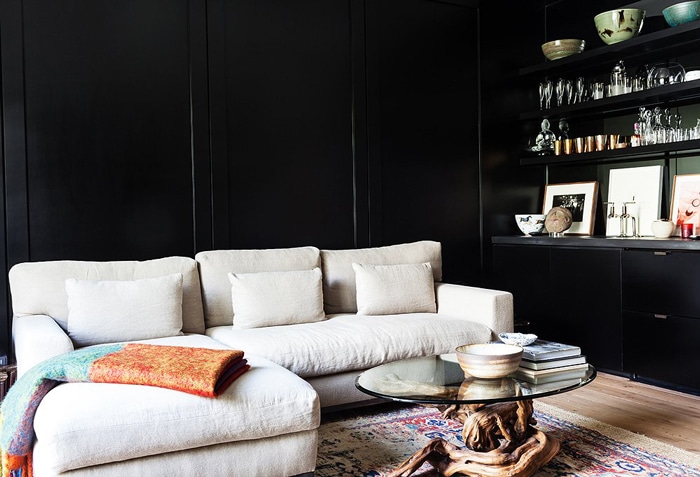 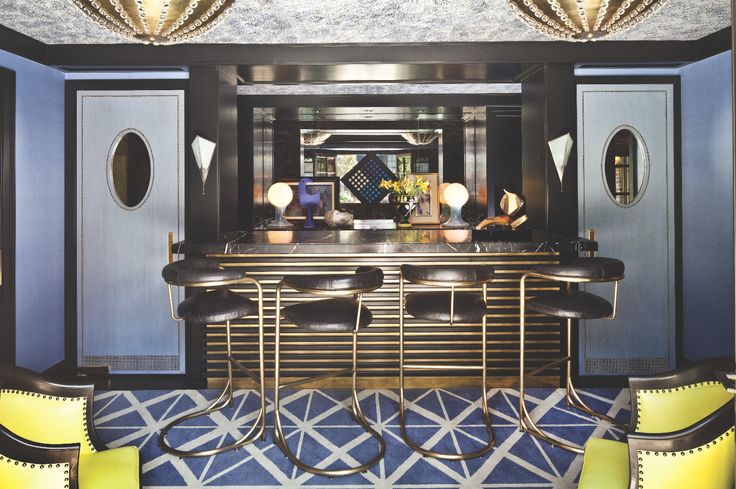 This glamorous bar by Kelly Wearstler — photographed for her 2012 tome, Rhapsody — reflects an updated approach to the Hollywood Regency style. 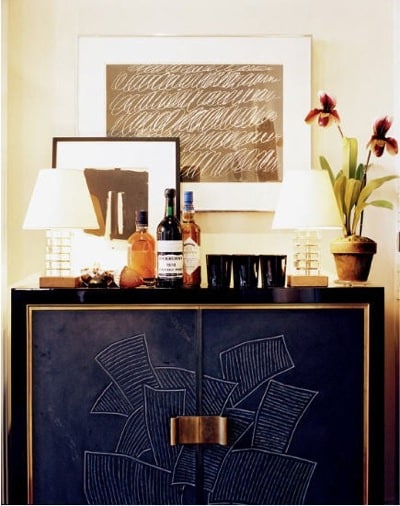 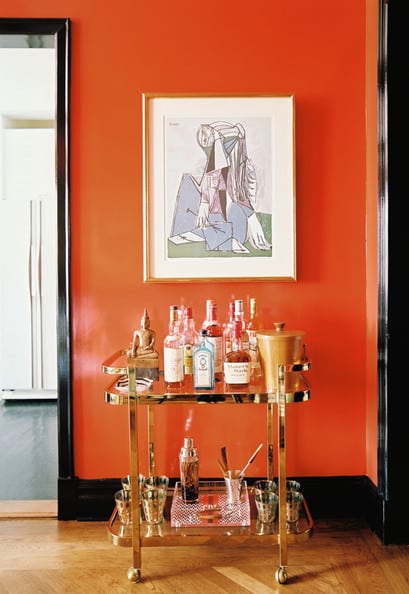 Campari-colored walls are a great — and relevant! — choice for design-lovers with a taste for Italian aperitivos.