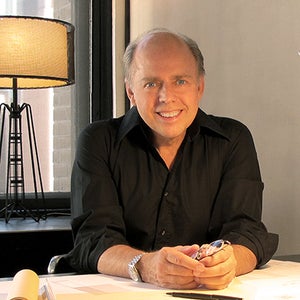 Stephen Shadley Designs, Inc. is a Manhattan based firm specializing in interior design and architectural renovation for residential projects throughout the country. Those projects range from a 1927 Spanish Colonial home in Beverly Hills by noted architect Wallace Neff to a 20,000 sq. ft. contemporary house in rural Pennsylvania with architect Peter Bohlin. Others include a penthouse apartment in New York City, an Arts and Crafts lakehouse in the Blue Ridge Mountains, an Arizona vacation home, and a historical restoration in Upstate New York.

Stephen Shadley was a partner in Gillette Shadley Designs from 1985 to 1994, after which he established his own firm. Shadley divides his time between his studio in New York City and a historic home in the Catskill Mountains. He grew up in California and began working as a scenic artist in Hollywood in the 1970s. “I look at each project as though it’s a new painting... it’s all about textures, colors and composition.” Shadley’s work has been featured in publications that include Architectural Digest, House and Garden, New York Magazine, and Vogue, among others. He has also appeared on CBS Sunday Morning and on CNN.

“For clients who share his taste in furniture, like Kathryn and Robert Altman, Diane Keaton, Cari and Matthew Modine, Shadley enjoys blending disparate elements... he often lifts pieces from other cultures and combines them with modern American designs. Whether he’s designing in New York or South Carolina, Shadley’s interiors reflect his observation of the setting and the landscape.” Architectural Digest, “The AD 100 Designers and Architects”.