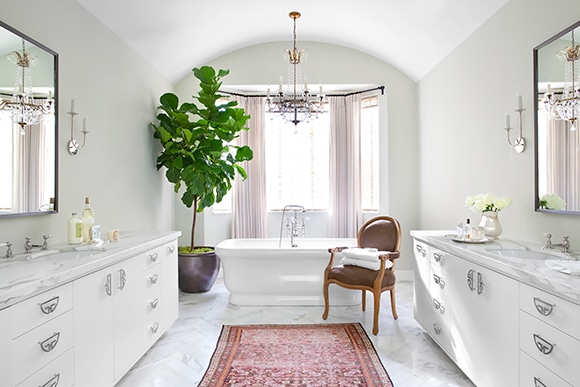 A large bay window provided the perfect framing for a free-standing bathtub in this Beverly Hills home by Burnham Design. The floor and countertops are Calcutta marble, and the chair, rug and chandelier are all vintage. 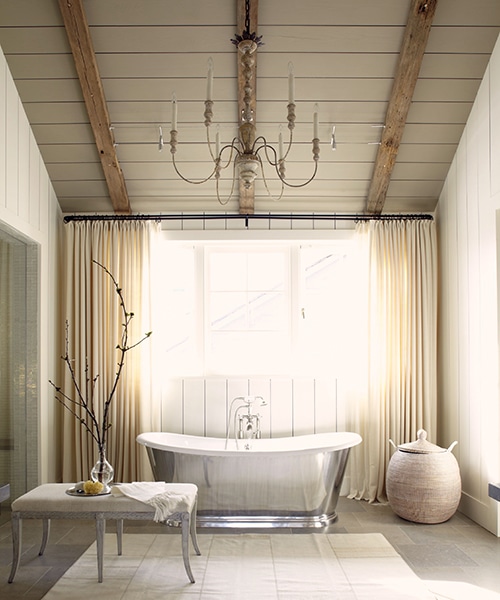 M. Elle Design used organic textures and a muted palette to evoke a modern-day farmhouse in this Sun Valley, Idaho home. The wood and iron chandelier comes from Lucca & Co., and the vintage kilim rug was sourced at FJ Hakimian. 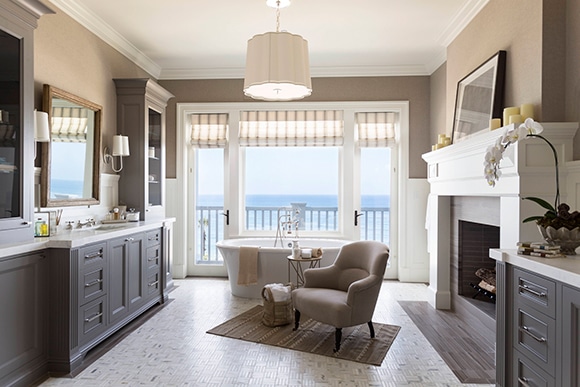 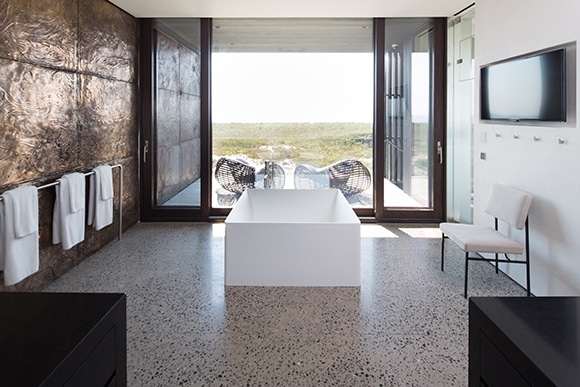 Polished terrazzo concrete floors and clean-lined geometric volumes offset a dramatic, cast-bronze wall in this Long Island vacation home by Christoff:Finio. According to the architects, the wall extends outdoors to “record its own aging, juxtaposing the portion subjected to the seasons with the protected portion.” 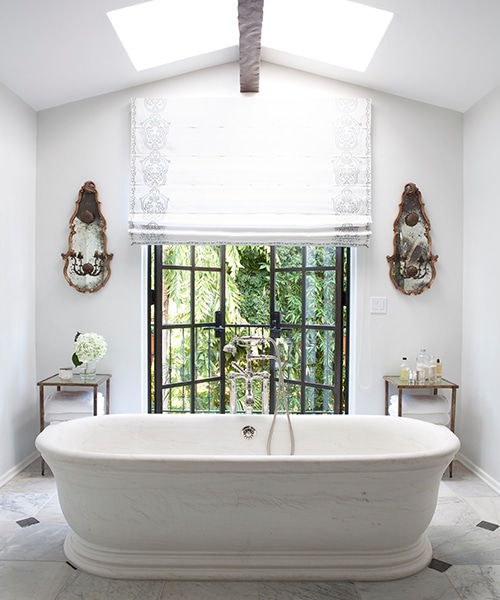 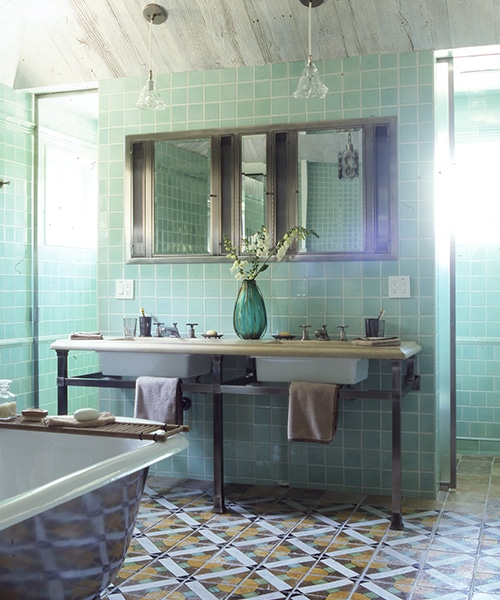 Seeking to add patina and richness to a newly constructed spec home in Amagansett, New York, Fox-Nahem Associates used 19th-century Italian floor tiles and a bespoke medicine cabinet to one of the home’s bathrooms. 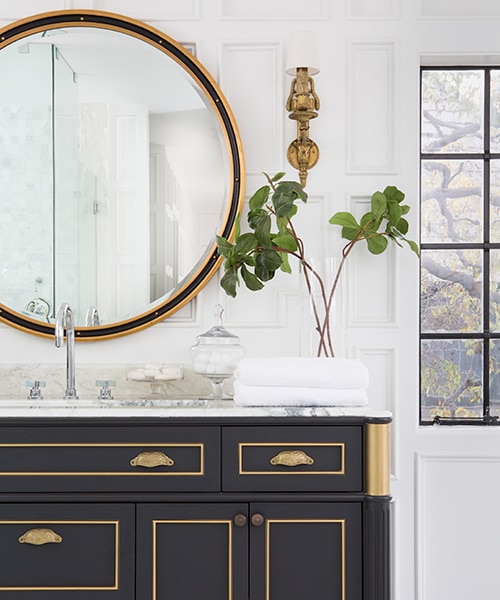 In a 1920s Tudor in Los Angeles’ historic Hancock Park neighborhood, Kishani Perera designed a custom vanity that preserved hardware and sconces original to the home. 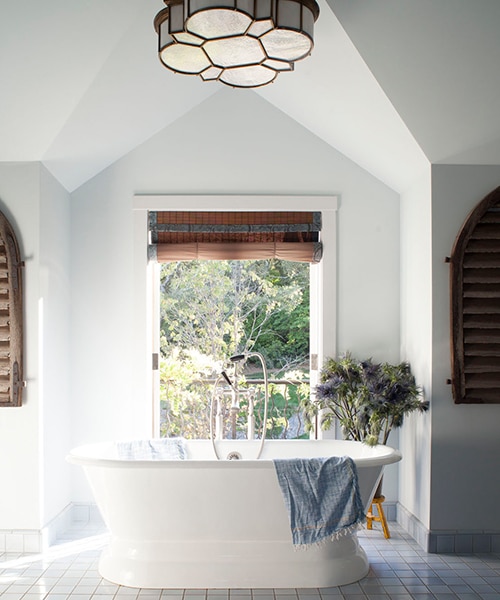 Huniford Design Studio created this open, airy and bright bathroom for a client in Marin, California who asked for a soothing space with views of neighboring Mount Tamalpais. 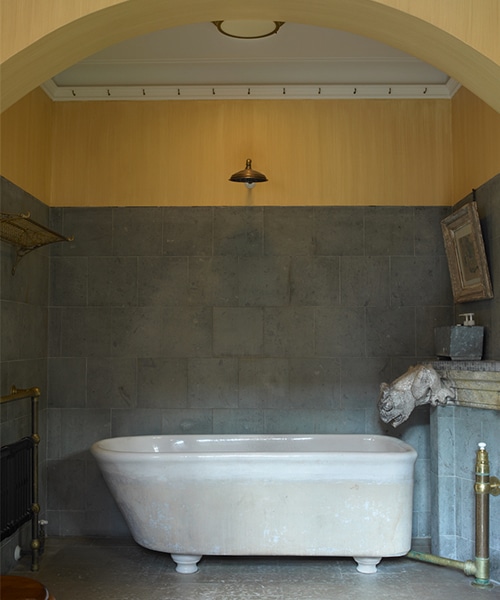 For a Brooklyn townhouse, Kathryn Scott wanted the bathroom to appear as if it could have been original to the 1850 property. Accordingly, she sourced vintage plumbing fixtures and modified a stone gargoyle, drilling a hole in the statue’s mouth so that it could double as a faucet. 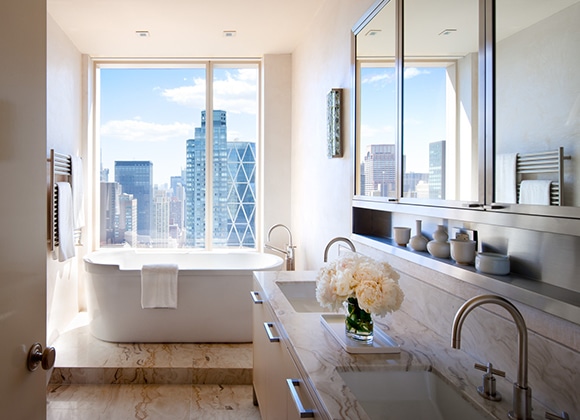 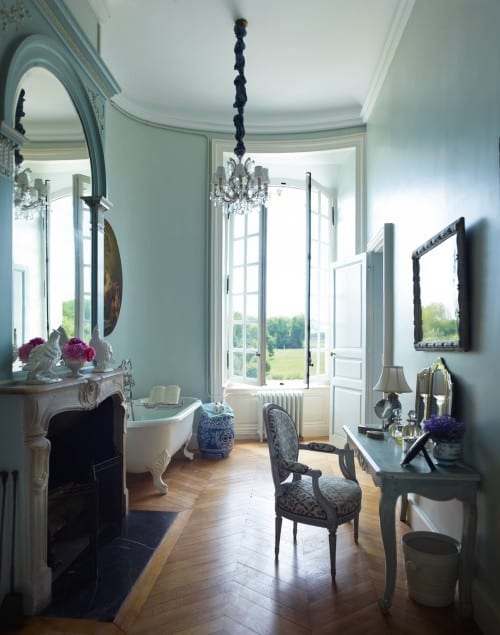 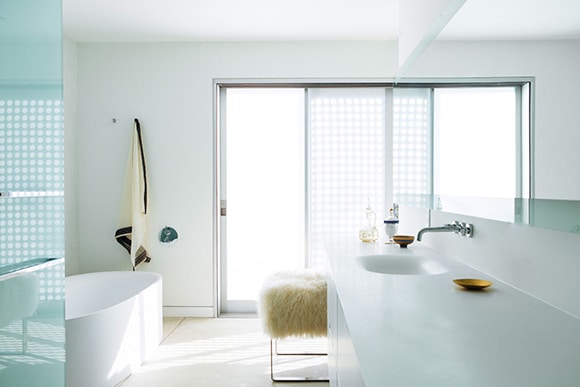 The deliberate addition of organic accents adds warmth to this all-white bathroom by Nicole Hollis in Larkspur, California. The lambs wool stool is a custom design by Hollis. 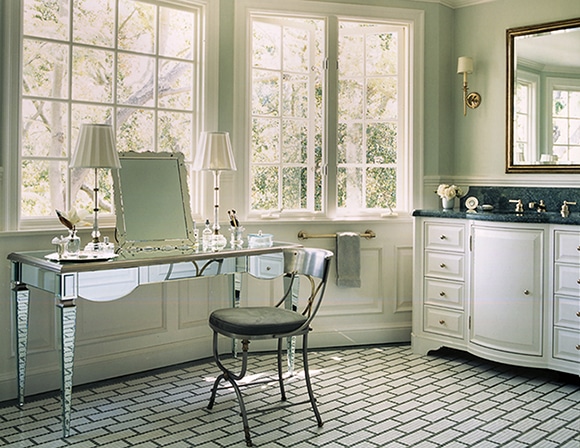 Madeline Stuart’s bathroom design for this 1940s home was inspired by the elegant work of architect Paul Williams, who built the Brentwood, California property. The mirrored vanity was designed by Stuart.

For this Park Avenue apartment, the owner — a well-known cosmetics mogul — tasked Groves & Co. with creating a spa-like bathroom suite. The firm used heavily grained travertine countertops and glossy walnut paneling to create a space that is both serene and sophisticated. The hand-carved wooden stool is by Carol Egan and was sourced at Maison Gerard. 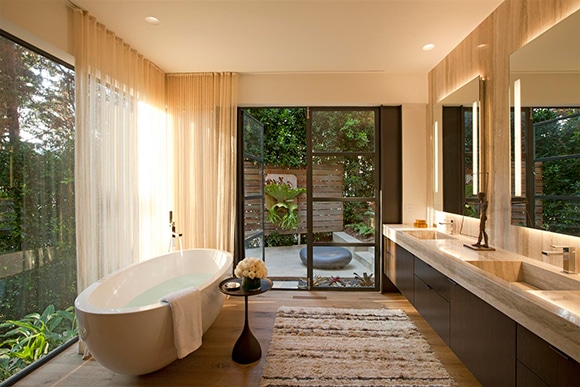 Nestled into the Santa Monica Canyon, this hillside home by Rios Clementi Hale Studios is a paradigm of California indoor-outdoor living. The meditative bathroom was inspired by Japanese spas, and incorporates striated travertine finishes that mimic garden textures. 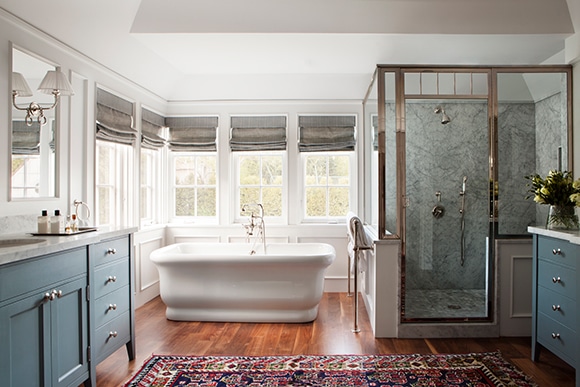 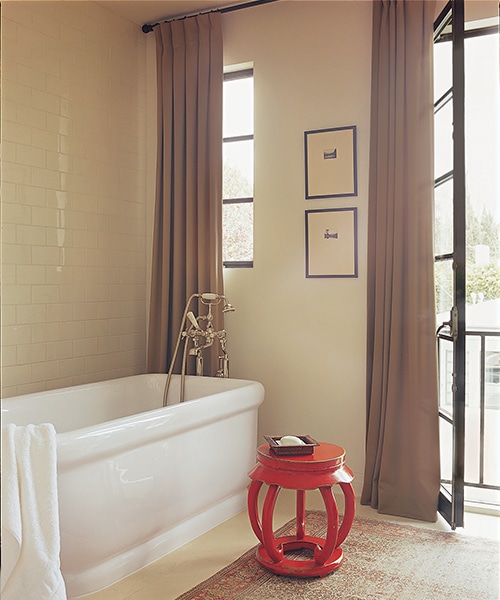 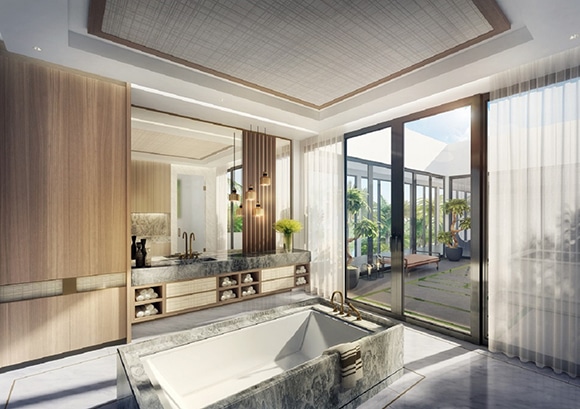 In Miami, Argent Design created a master bath suite inspired by the lush, tropical foliage of the city. The quartz vanity and bath surround are bespoke and feature gesso and bronze inlays. 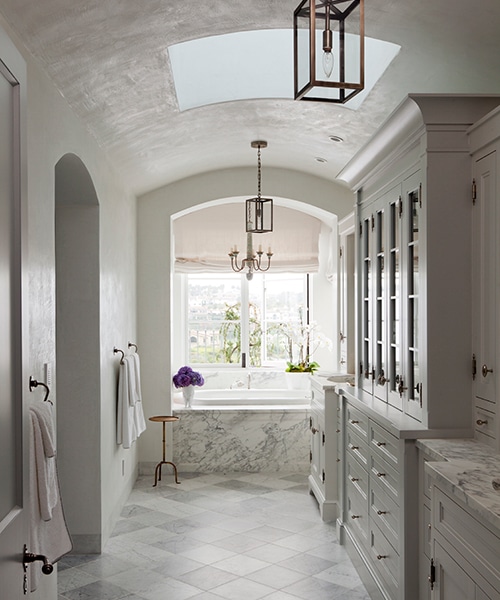