14 Day Beds That Will Make You Swoon

There’s something distinctly old-world about day beds, in that they hark back to a time when lounging languidly was the order of the day. And what is chicer than a surplus of leisure? That said, the day bed is a surprising workhorse. They can serve as a slim-lined replacement for sofas; fill in as a cushy alternative to a bench; or give partygoers a place to perch mid-cocktail. So whether you admire the day bed for its ability to multitask or to encourage respite, take a few moments to admire these beautiful pieces in some equally beautiful surroundings. 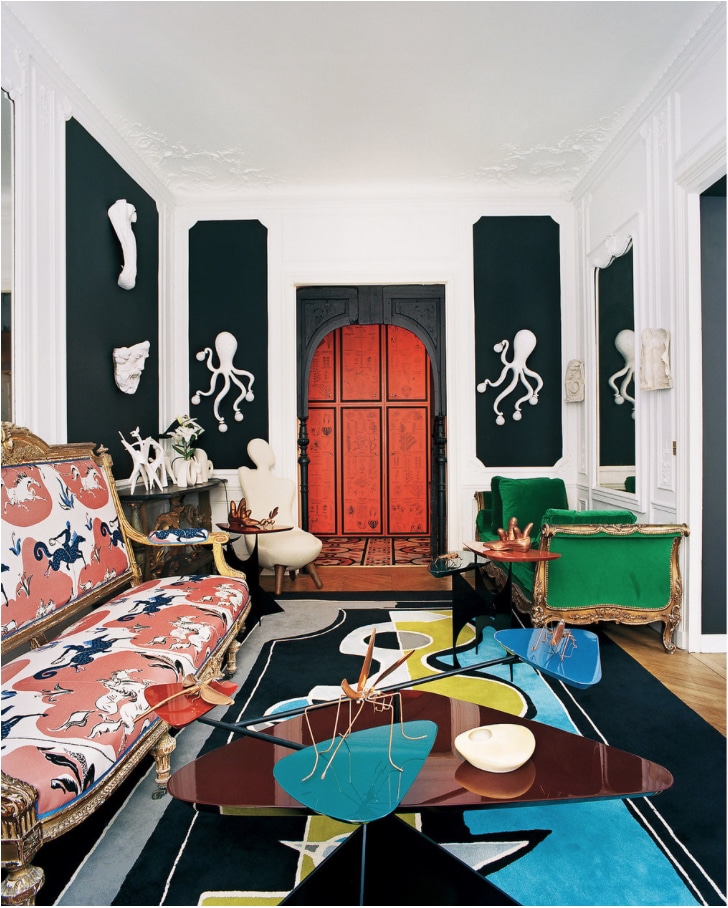 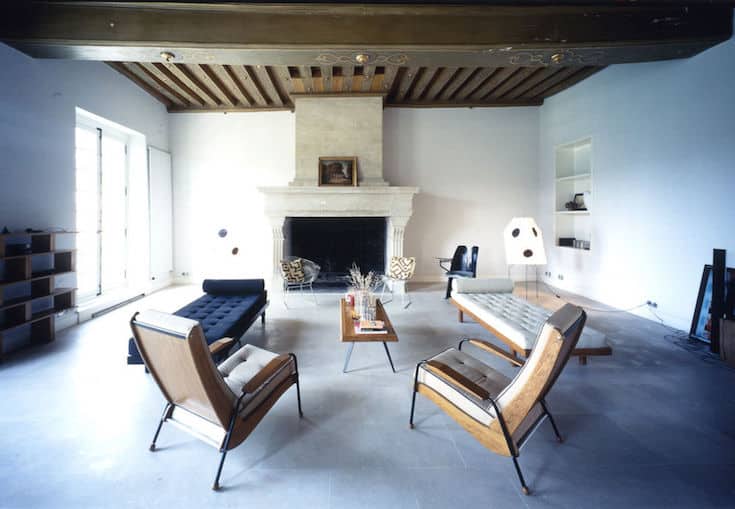 Inside the apartment of Italian architects Massimiliano and Doriana Fuksas, a stark interior with exposed ceiling beams offsets a choice of understated pieces including paper lamps by Isamu Noguchi, Diamond chairs by Harry Bertoia and armchairs by Jean Prouvé. Both daybeds are also by Jean Prouvé. 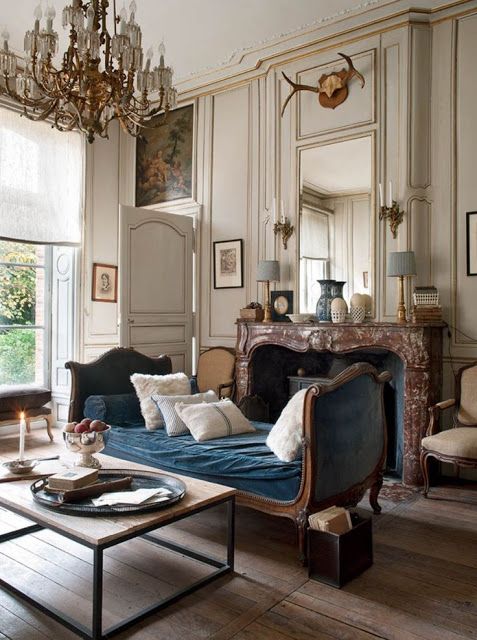 In the village of Sézanne, France — located in the country’s Champagne region — antiquaires Pascale and Olivier Gisciard have amassed a treasure trove of French antiques in their 18th-century chateau, including this slate blue day bed. 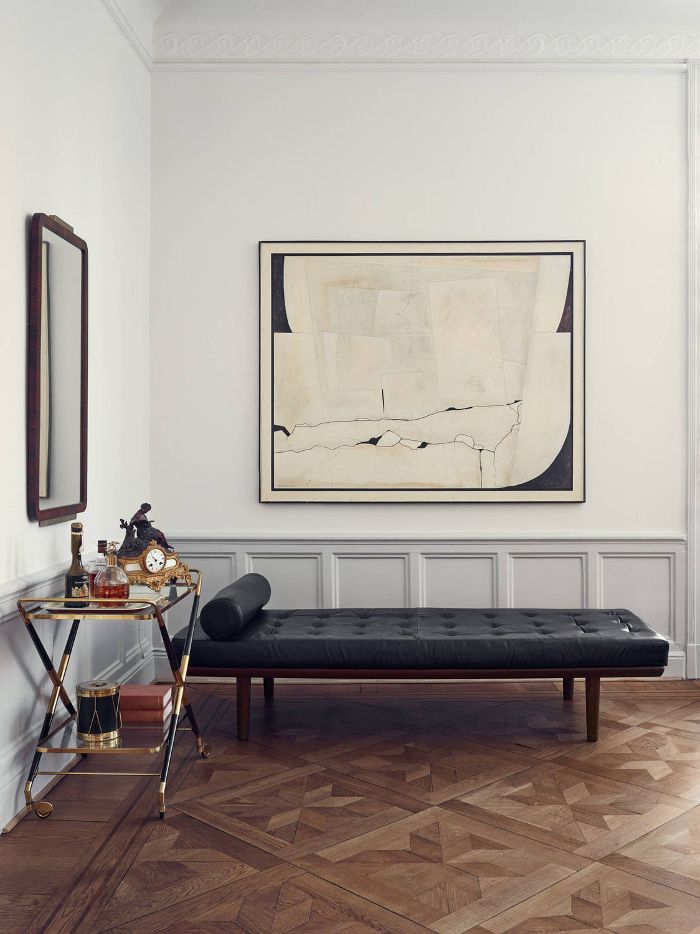 Set and prop stylist Joanna Lavén does away with color almost completely inside her Stockholm, Sweden apartment — a black leather daybed complements the muted palette. 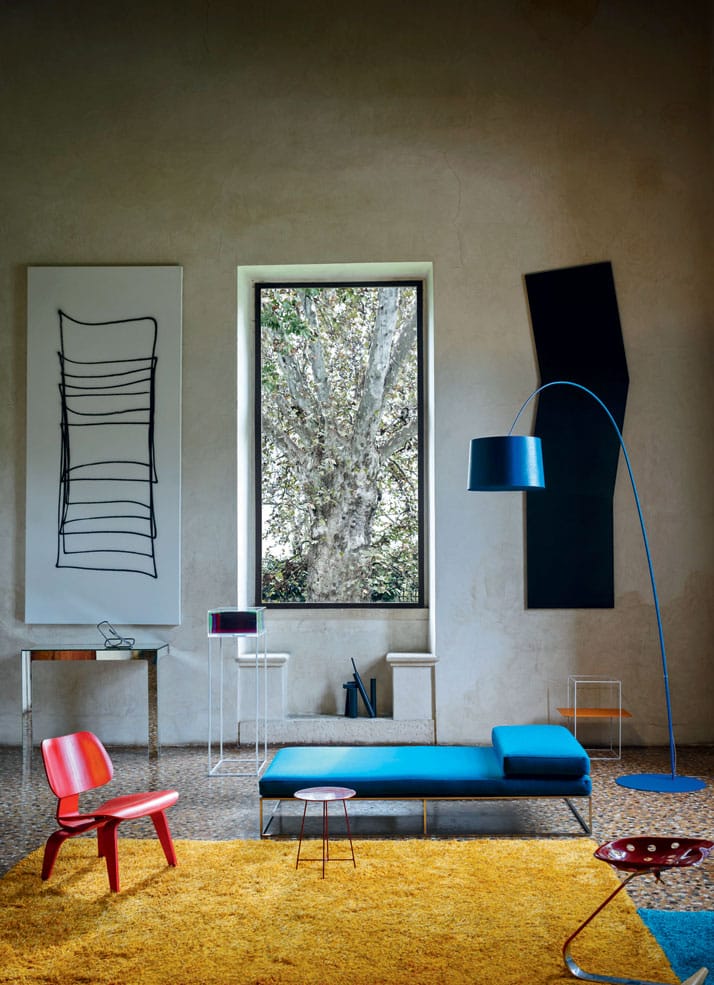 In this Foscarini-designed space, a Twiggy floor lamp by Marc Sadler hangs over a daybed upholstered in a bright blue shade. A scruffy rug and an Eames Molded Plywood Lounge Chair in cherry red complete the primary color aesthetic. 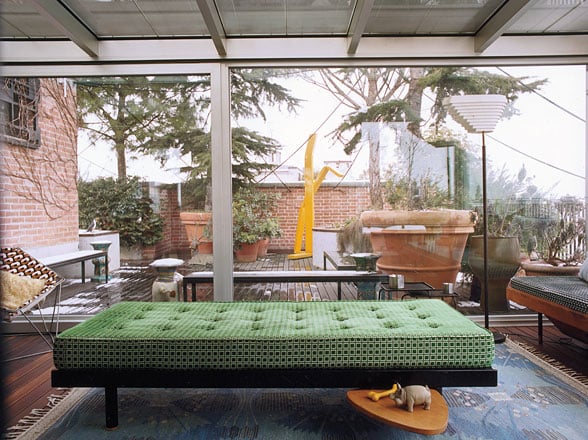 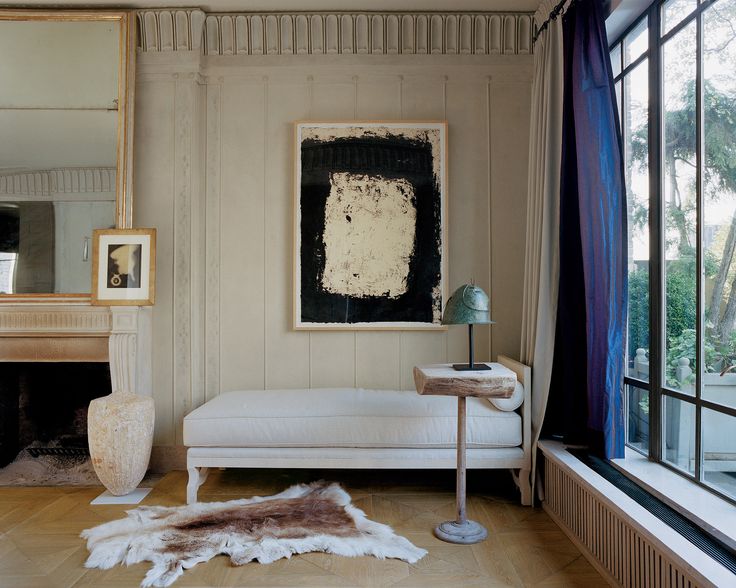 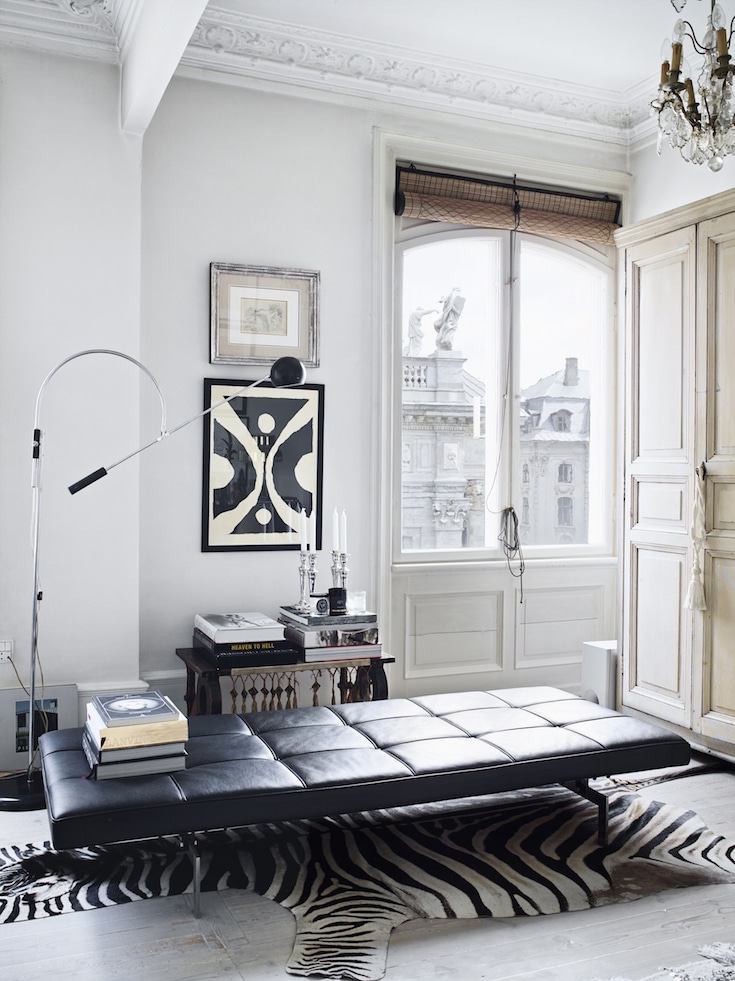 Inside Rupert Peter Landendinger’s home in Copenhagen, Denmark, a zebra skin rug sets the tone whilst a PK80 daybed by Poul Kjærholm and an Orbiter floor lamp by Robert Sonneman effortlessly complement one another. 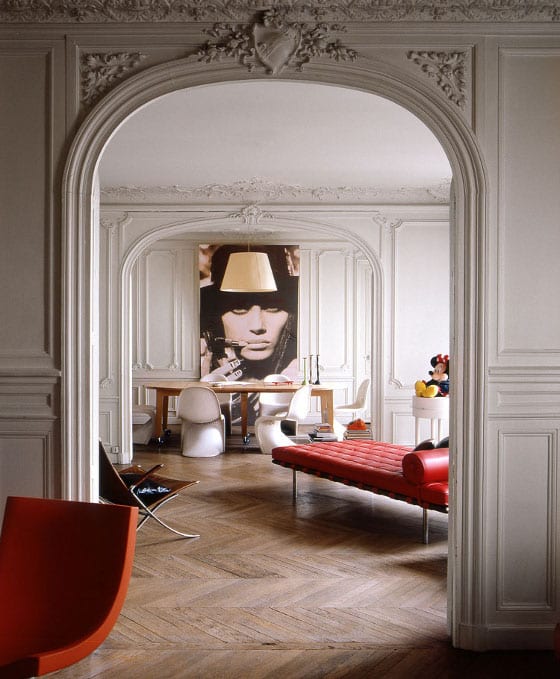 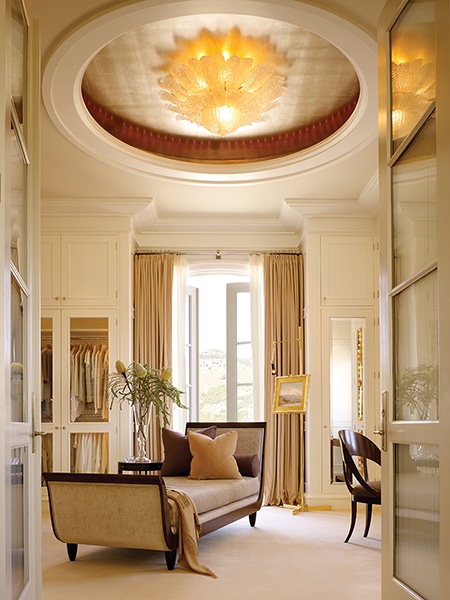 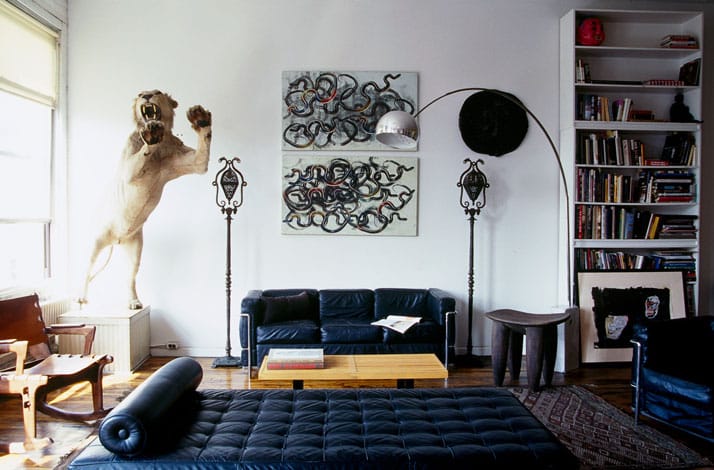 Taking the term den to a whole new (elevated) level, Eric Goode’s Manhattan loft features a sofa and lounge chair by Le Corbusier, a Barcelona daybed in black leather and a roaring taxidermy lion (which died of natural causes)! 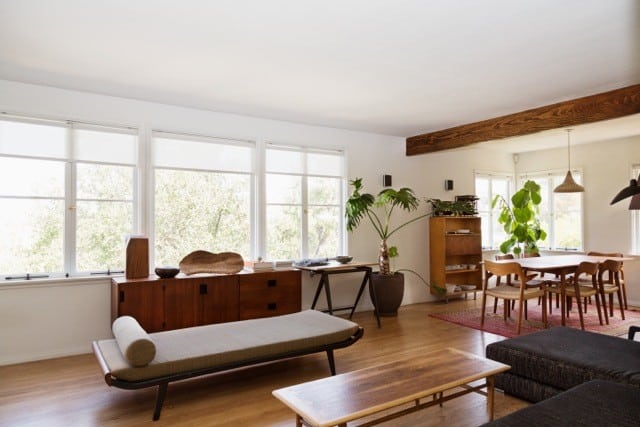 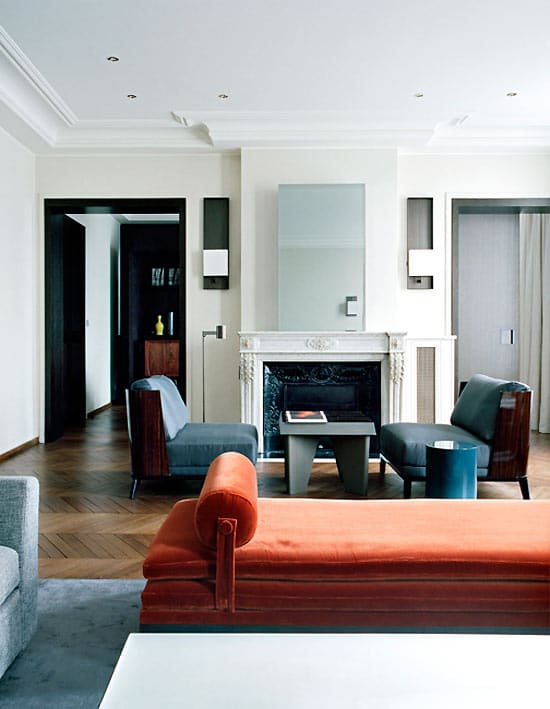 A plush, orange silk velvet daybed offers a warm note amid the cooler palette of this Paris apartment by Frédéric Sicard. 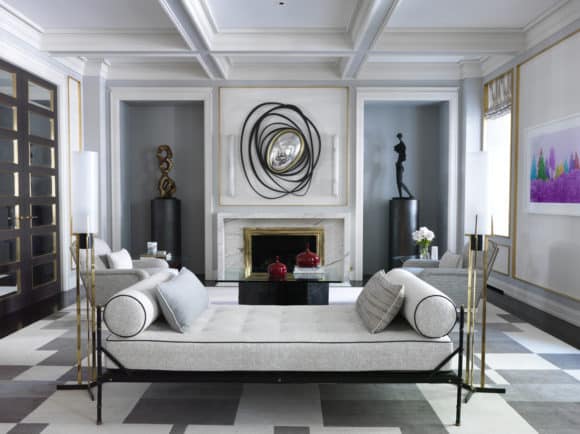