14 Ways to Say ‘I Love You’ with Design Objects

If your Valentine’s heart goes pitter-patter for furniture and decor, we’ve got you covered.
by Katherine Gleason
Pin
Share
Tweet
Email

This time of year, it may look as if Hallmark has cornered the market on expressions of affection. But the iconography of love — hearts and roses, lips and cupids — has inspired some serious design by world-renowned creators. Cards, flowers and candy are sweet, but let’s look at some durable goods that communicate love far longer.

Perhaps best known for his iconic S-shaped Panton chair, Danish-born Verner Panton (1926–98) has been a force in design since the late 1950s, when he drew international attention with his classic Cone chair and its warm and welcoming Cone Heart chair version.

The anatomically correct heart-shaped vase by Marcantonio for Seletti will allow your love to display flowers either hanging from a wall or standing on a table. Love in Bloom combines the designer’s fascination with biological forms and off-beat humor.

Strawberries, ancient Roman symbols for Venus, the goddess of love, glisten on this editioned dish designed for Limoges by Surrealist master Salvador Dalí (1904–89), who often incorporated sensual images of food in his work.

The idea for this inviting sofa was sparked by Salvador Dalí’s 1930s portrait of Mae West, in which he envisions her face as an apartment and her lips as the couch. Created in 1970 by Studio 65 architect Franco Audrito for a fitness center in Milan, the Bocca is produced by the Italian brand Gufram, famed for its Radical Design pieces and nonconformist spirit.

The union of Cupid, the god of love and desire, and Psyche, the goddess of the soul, was a popular subject in art even before Apuleius recorded their story in his Metamorphoses in the 2nd century. In this handwoven silk-wool tapestry, the happy couple kisses in the background, while in the foreground, musicians, poets and singers celebrate their marriage.

The Israeli-born designer Ron Arad, who launched his career with the Rover chair, is known for innovation, his use of metal and the integration of technology into his pieces — some of his more recent furniture can receive and display SMS messages. Although the Soft Heart chair expresses Arad’s gentler side, its tender exterior is built on a core of steel.

Alexandre Arrechea for SoShiro I Do Desk

Kenyan-born architect and designer Shiro Muchiri — founder and curator of the London incubator, gallery and event space SoShiro — worked with Cuban-born, Madrid- and Miami-based artist Alexandre Arrechea to create this playful desk, which says “I do” on one side and questions “do I” on the other.

Surely love notes crafted on this sweetheart of a machine will be long cherished. Its creator, Italian architect and industrial designer Ettore Sottsass (1917–2007), famed for his leading role in the Memphis Group, selected its sanguine color “so as not to remind anyone of monotonous working hours.” An example of the typewriter lives in the permanent collection of the Metropolitan Museum of Art, in New York City.

Merve Kahraman, who works in both New York City and Istanbul, creates furniture and other objects as integral parts of her interior designs. She dedicated her Uni chair, with its comforting deep, curly pile, to all the broken hearts.

Ingo Maurer One for the Recession Wall Lamp

Often referred to as a poet of light, German designer Ingo Maurer (1932–19) founded his lighting design company in Munich in the 1960s. His iconic and collectible work, such as this radiant heart, draws from both minimalism and Pop art and has been exhibited in museums and public spaces all over the world.

Designed and produced by Japy Frères, the leading French clockmaker of the 19th century, this exquisite ormolu timepiece features Cupid ready to strike with one of his fateful arrows. His quiver and bow, along with a flaming torch, adorn the base.

This museum-quality 16th-century cassone, or large chest, is incised with intricate ornamentation — hearts, flowers, foliage, scrollwork and numerous mythical creatures — indicating it was a marriage chest. Probably crafted in the Azores, a chain of islands off the coast of Portugal known at the time for its cosmopolitanism and busy workshops, this heirloom piece embodies a love for the ages. 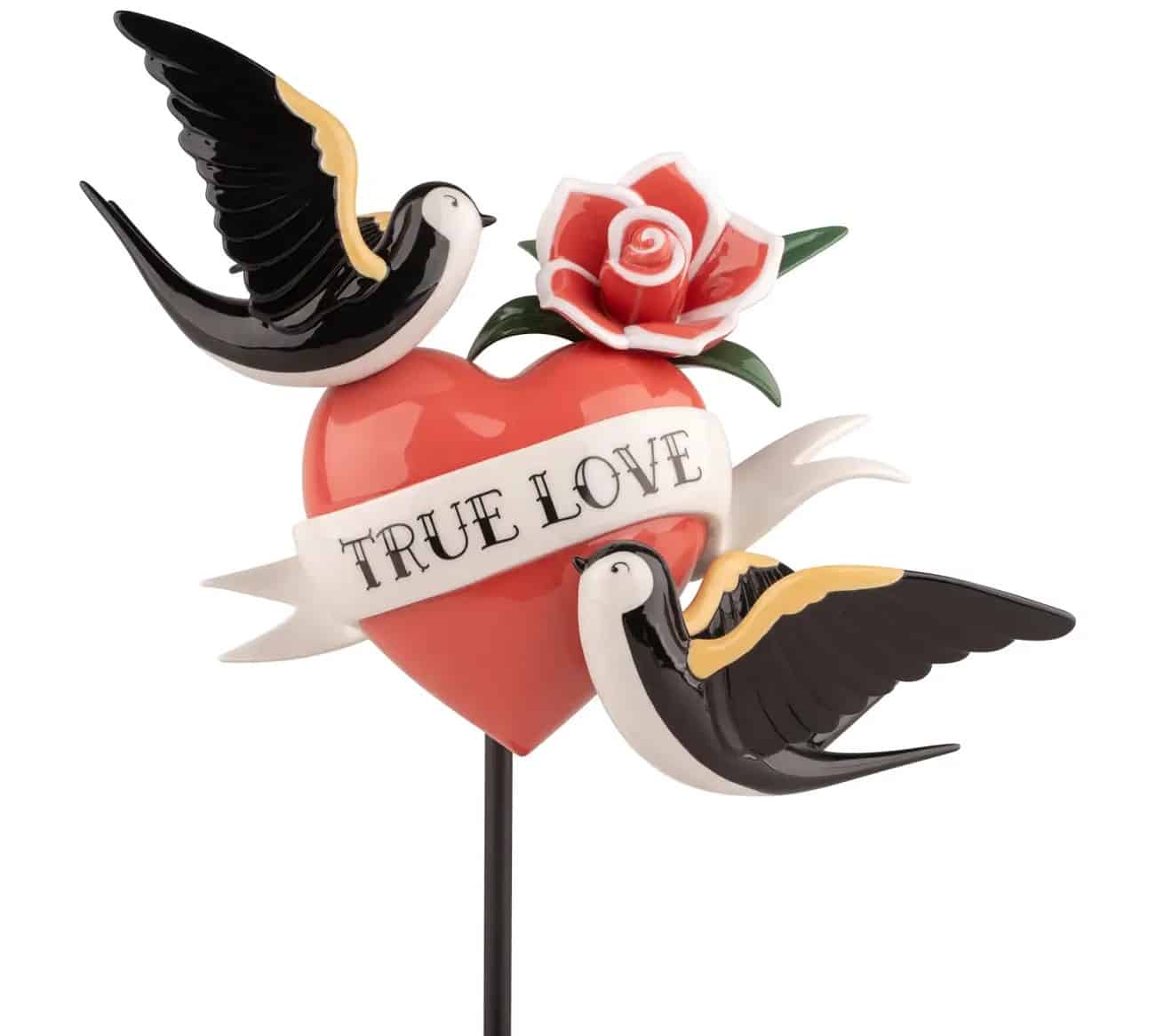