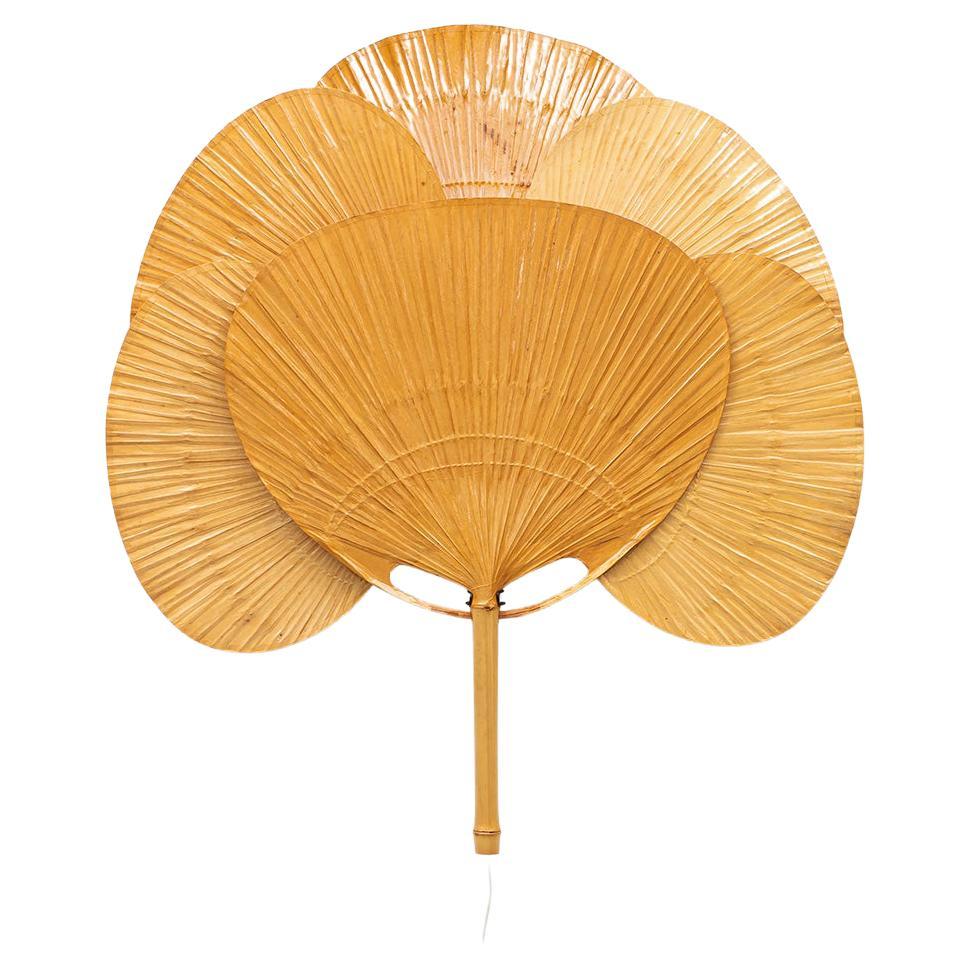 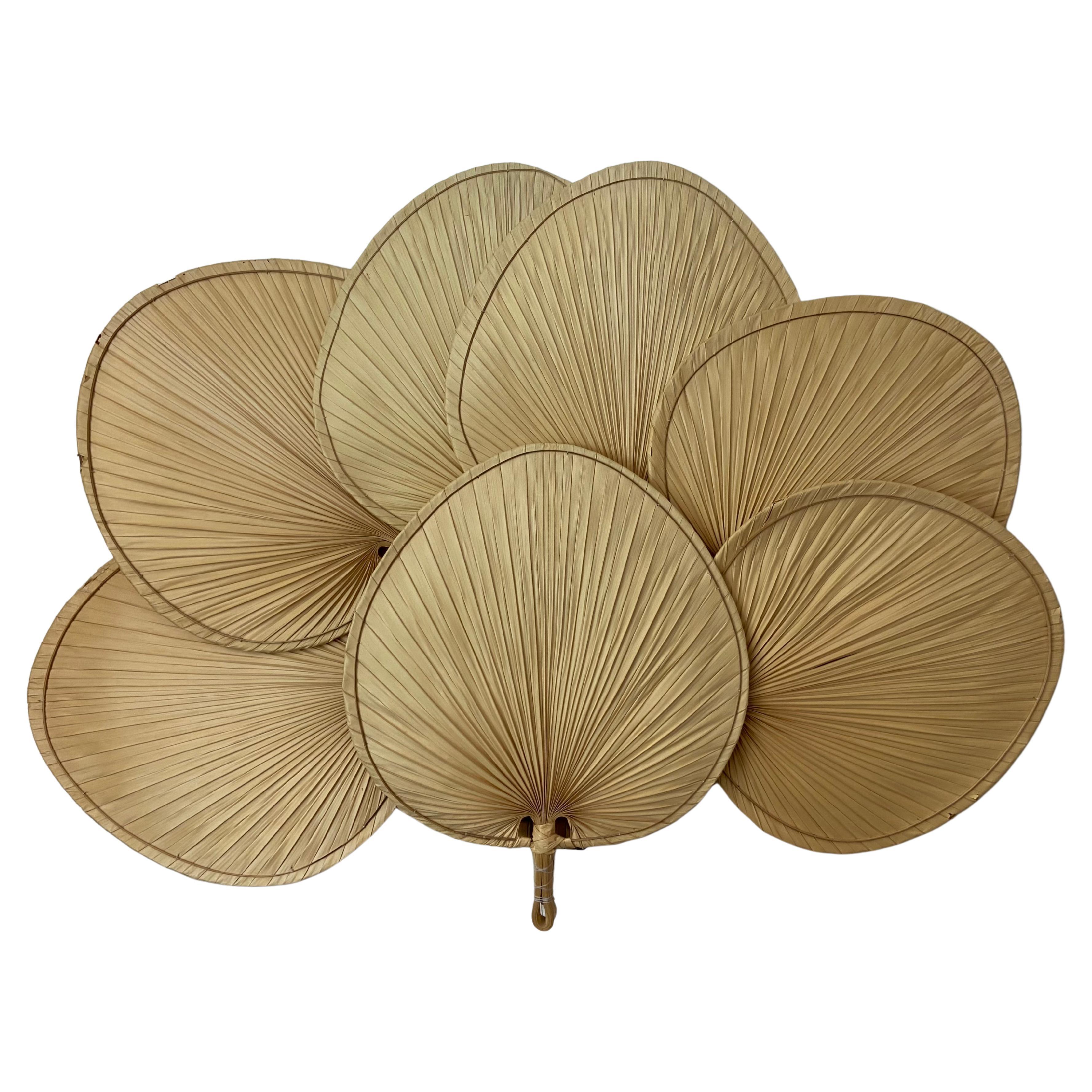 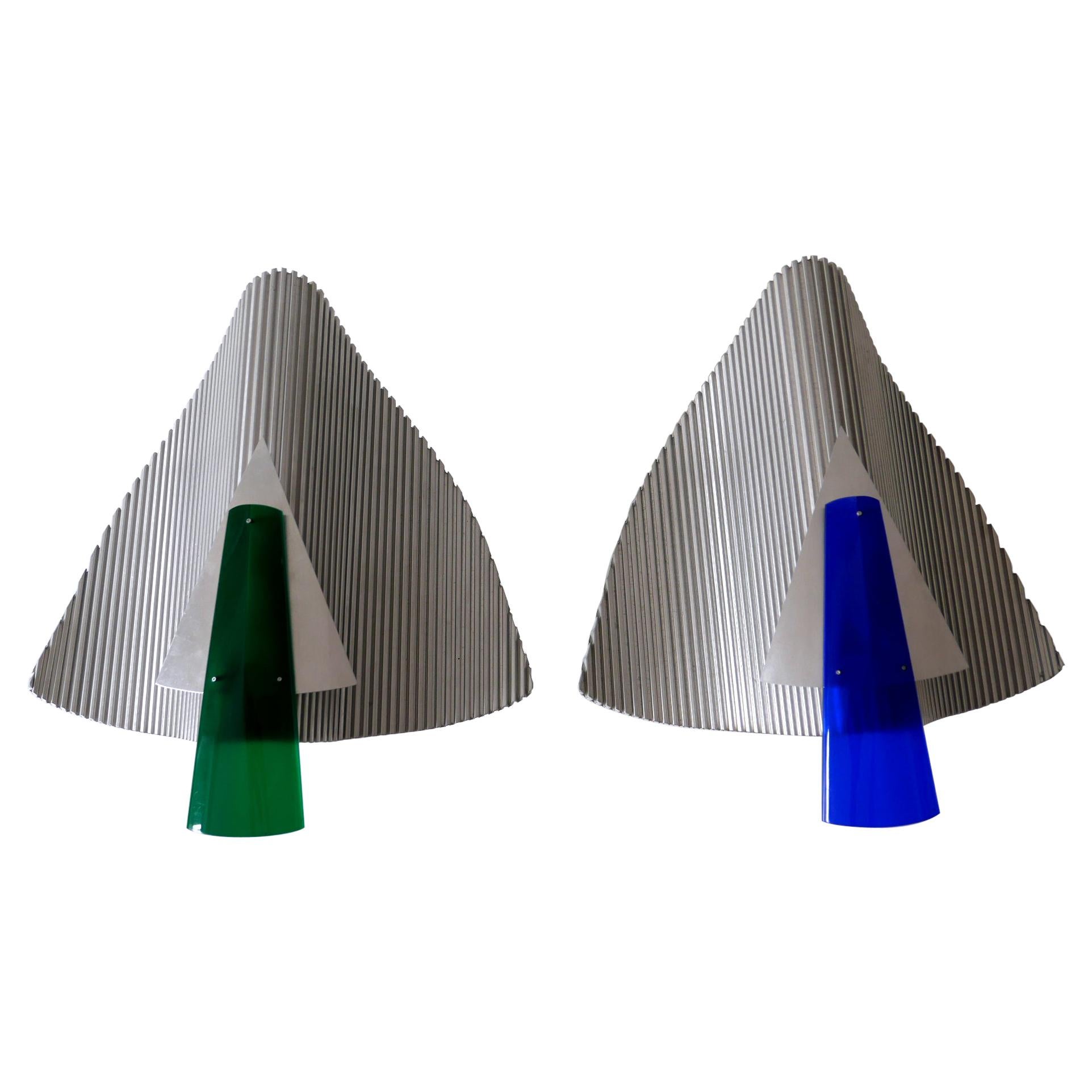 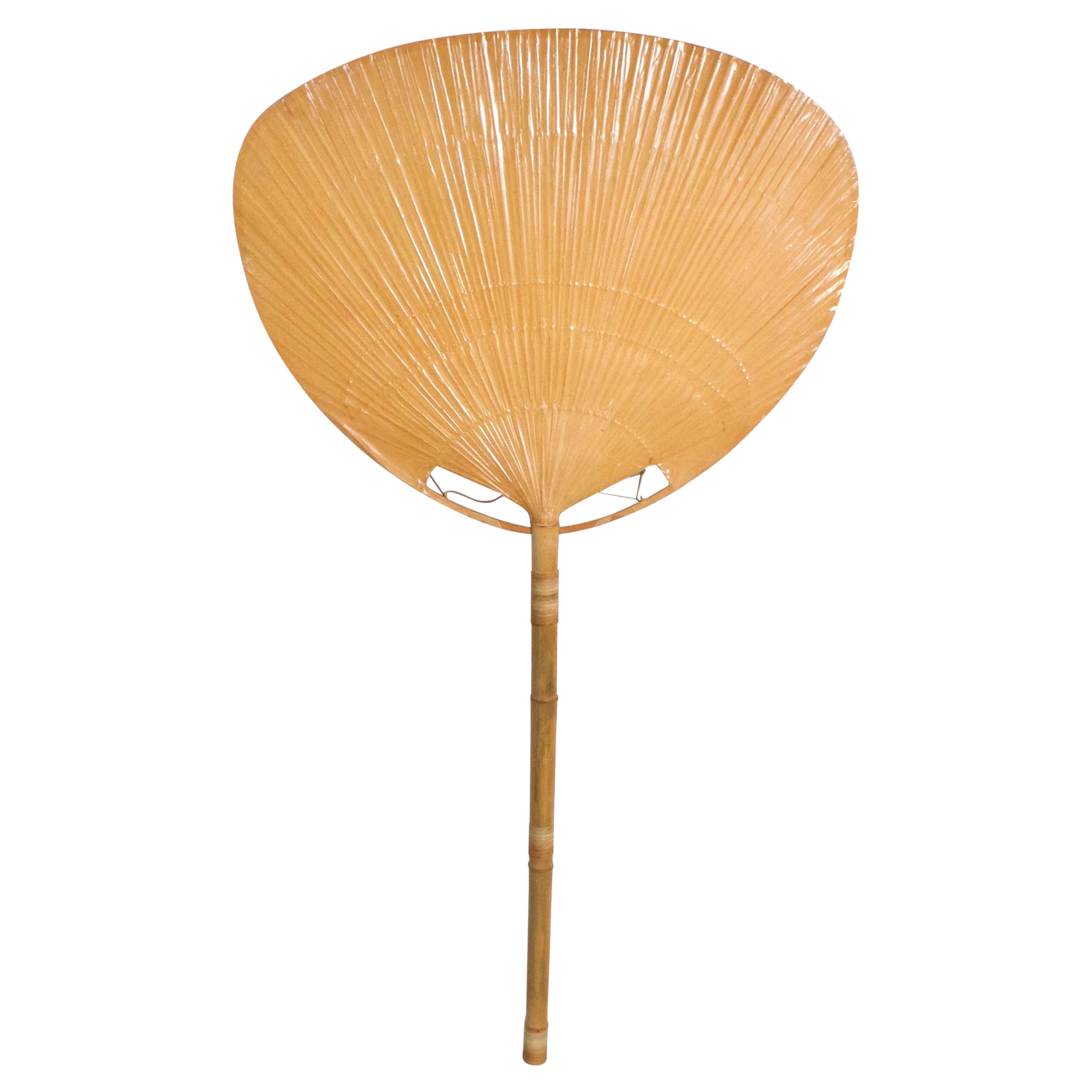 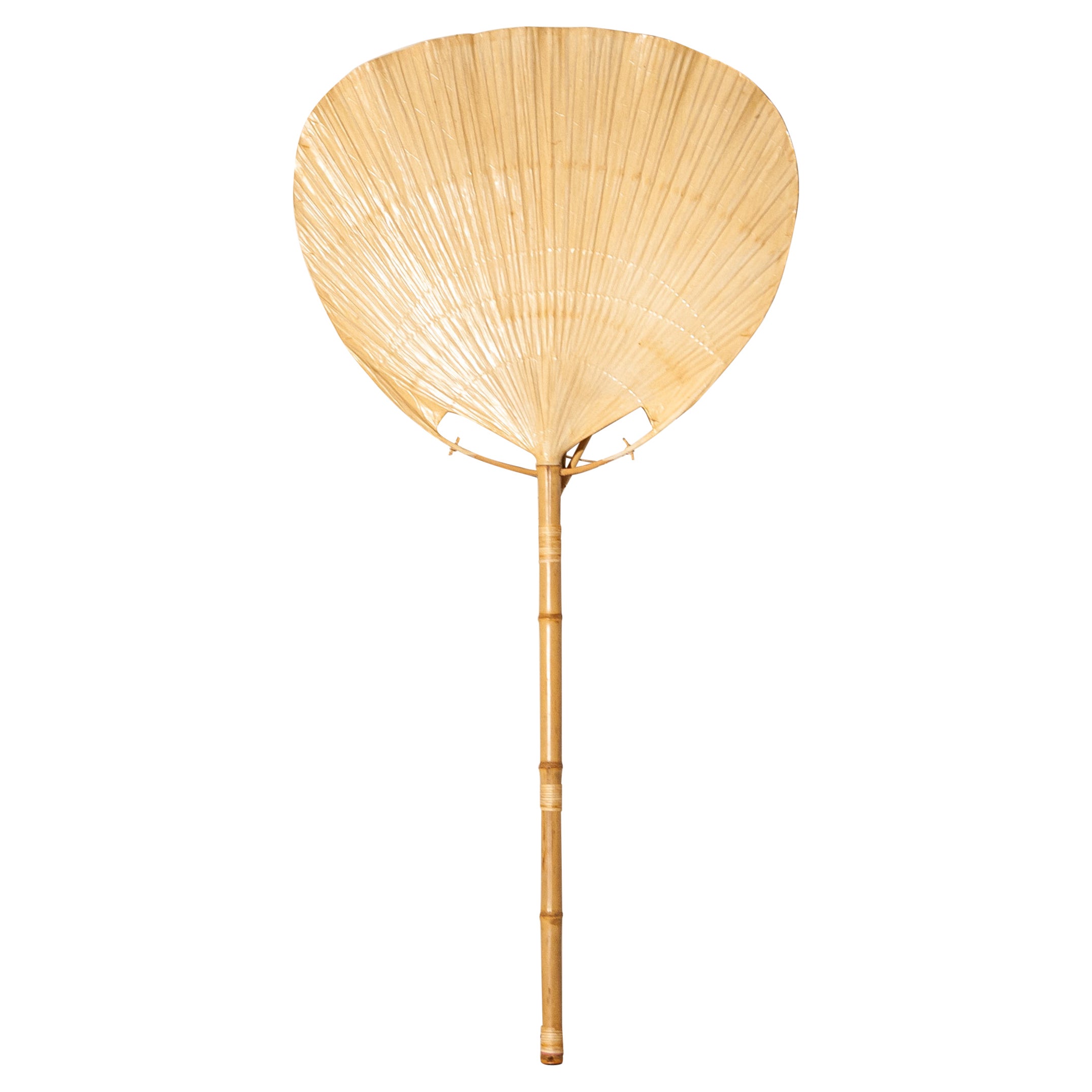 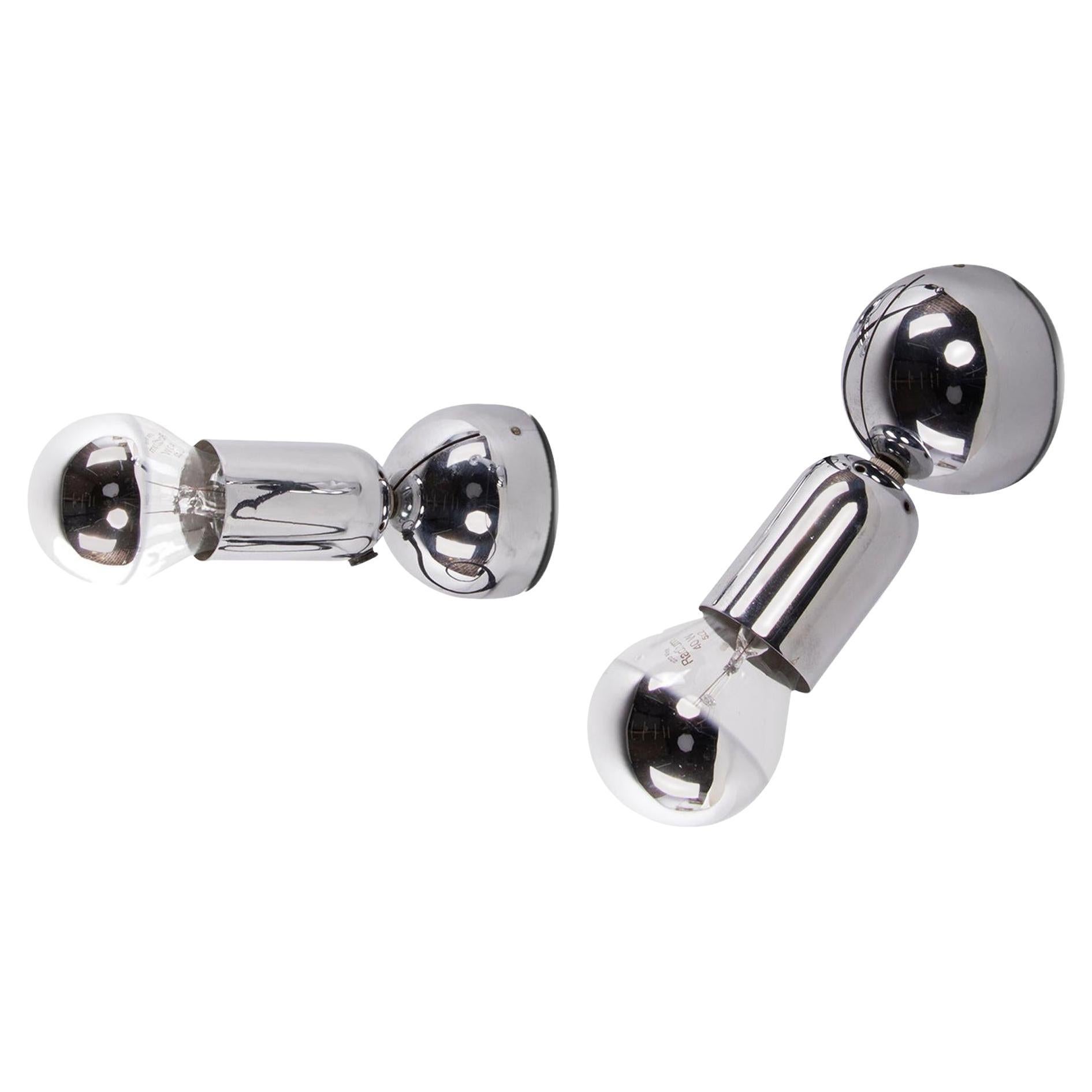 One for the Recession Wall Lamp by Ingo Maurer, 1985 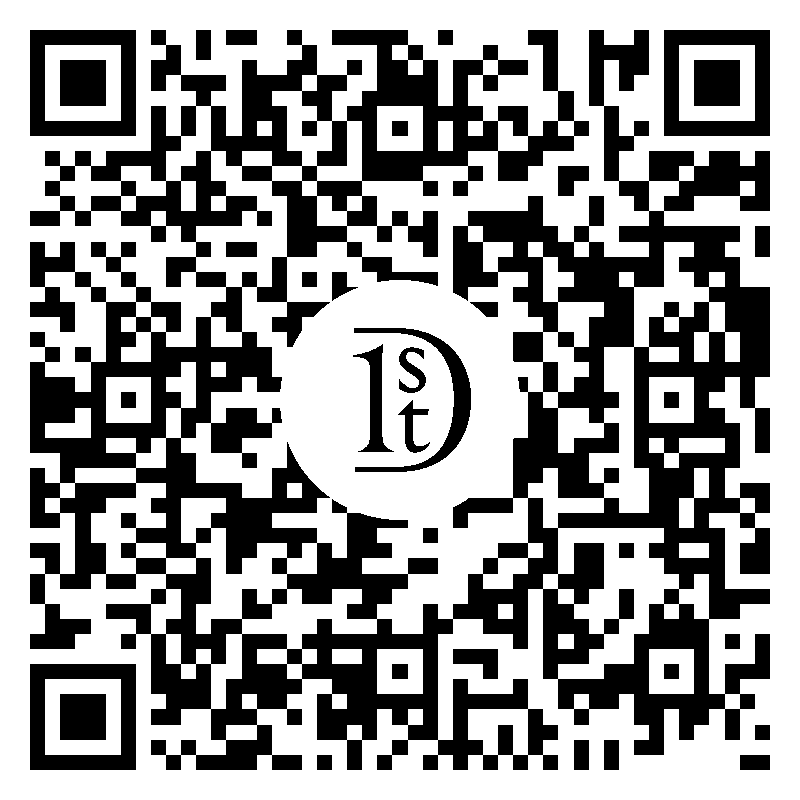 Rare Ingo Maurer 1985 wall lamp one for the Recession in great vintage condition as can be seen in the images. This beautiful heart will be shipped insured overseas in a custom made wooden crate. Cost of insured transport to the US crate included is Euro 225. Maurer was born in Reichenau Island, Lake Constance, Germany, and was the son of a fisherman and grew up there with four siblings. After an apprenticeship as typesetter, he studied graphic design in Munich. In 1960 Maurer left Germany for the U.S., where he worked in New York and San Francisco as a freelance graphic designer, including for IBM. In 1963, he moved back to Germany, founding Design M, a company developing and manufacturing lamps after his own designs. The company was later renamed to "Ingo Maurer GmbH". One of his first designs, the Bulb (1969), was included in the design collection of the Museum of Modern Art in 1969. In 1984 he presented the low-voltage wire system YaYaHo, consisting of two horizontally fixed metal ropes and a series of adjustable lighting elements with halogen bulbs; it became an instant success. Maurer was asked to create special YaYaHo installations for the exhibition "Lumières je pense à vous" ("Lights I think of you") at Centre Georges Pompidou in Paris, the Villa Medici in Rome, and the Institut Francais d'Architecture in Paris. In 1989 Fondation Cartier pour l'Art Contemporain (Cartier Foundation for Contemporary Art) in Jouy-en-Josas near Paris organized the exhibition "Ingo Maurer: Lumière Hasard Réflexion" (Ingo Maurer: Light Chance Reflection). For this exhibition, Maurer created lighting objects and installations that were not meant for serial production for the first time. Since 1989, his design and objects have been presented in a series of exhibitions, including the Stedelijk Museum in Amsterdam, (1993). In 2002 the Vitra Design Museum organized Ingo Maurer, Light - Reaching for the Moon, a travelling exhibition with several shows in Europe and in Japan. In 2007 the Cooper Hewitt, Smithsonian Design Museum in New York presented the exhibition Provoking Magic: Lighting of Ingo Maurer. Maurer created many objects using LEDs. The first was the lighting object Bellissima Brutta in 1996. In 2001 he presented a table lamp with LEDs with the name EL.E.Dee. Since 2006, he is also experimenting with organic light-emitting diodes, presenting two objects in 2006, and a table lamp as limited edition. 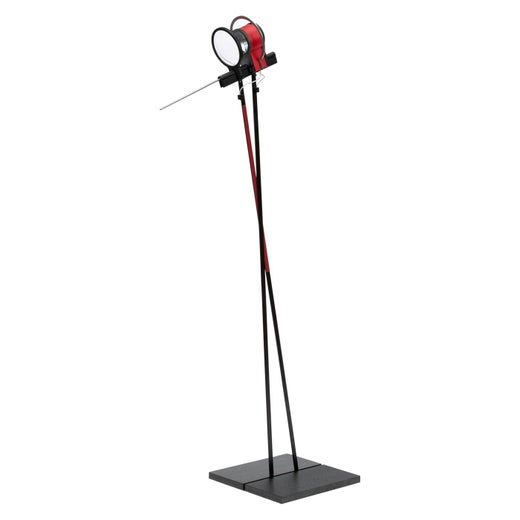 German designer Ingo Maurer (1932–2019) was known as a “poet of light” for how he artfully created lamps that married form and function, from bulbs that soared on goose-feather wings to chandeliers that suspended bursts of shattered tableware like a slow-motion explosion. One of his first lamps, a 1966 design that was merely called Bulb, nested a lightbulb inside a larger glass lightbulb shape, drawing on his connection to German art traditions of reductive forms as well as Pop art and the playful aesthetics of 1960s pop culture. The success of Bulb — its fans included American design icon Charles Eames — led to the founding of his own company to produce this provocative fixture as well as other fantastic lighting designs.

Born on the island of Reichenau in Lake Constance in southern Germany, Maurer apprenticed at a newspaper before moving to the United States in 1960. In New York and California, Maurer initially worked as a graphic designer for IBM and elsewhere before returning to Germany with his then-wife, designer Dorothee Becker, in 1963. The experience that Maurer gained in typography and bold forms was regularly expressed in the lamps crafted by his company, which was called Design M before the name was changed to Ingo Maurer GmbH. The lighting manufacturer is still based in Munich.

Some of Maurer’s pieces were minimal, such as a ceramic table lamp in 1996 he called Broken Egg, which radiated light from a fissure in an oblong shape, while others were monumental, such as the designer’s last completed installation — a colossal chandelier composed of over 3,000 silver-plated leaves — in Munich’s Residenztheater. Maurer was always at the forefront of lighting innovations, exploring holograms, LEDs and OLEDs in his projects. Through his company, the venturesome Maurer also promoted inventive new designers, including Moritz Waldemeyer, whose My New Flame (2012) imagined a futuristic candle with LEDs.

Ingo Maurer GmbH continues to produce the late designer’s distinctive table lamps, chandeliers and other fixtures, including the imaginative Bulb that started it all.

Find a collection of Ingo Maurer lighting designs on 1stDibs.

About the Seller
5.0
Located in Weesp, Netherlands
Platinum Seller
These expertly vetted sellers are 1stDibs' most experienced sellers and are rated highest by our customers.
Established in 1996
1stDibs seller since 2015
279 sales on 1stDibs
Typical response time: <1 hour
More From This Seller

Pair of Pollux Lamps / Sconces by Ingo Maurer, Circa 1970