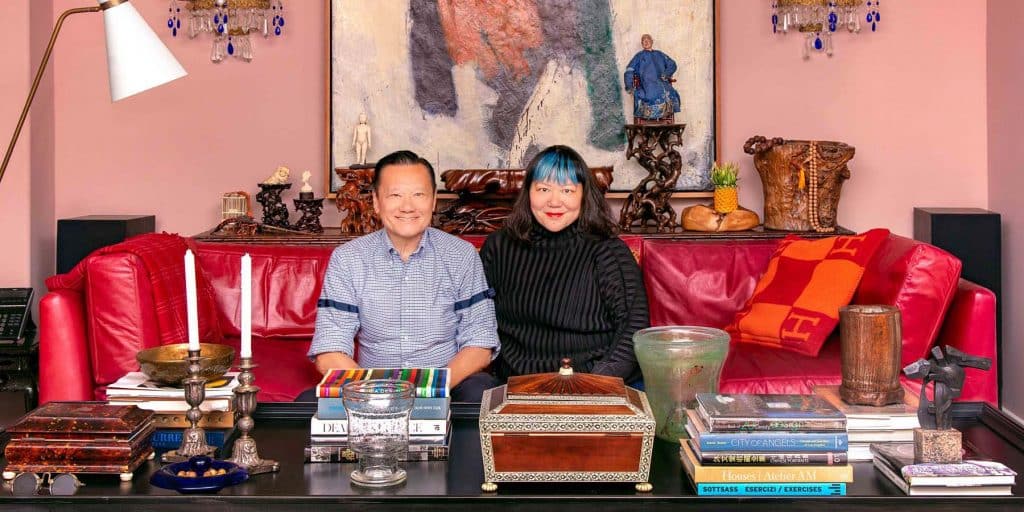 Chen is a generalist par excellence, esteemed for his discerning eye and expertise in many fields. “The trends you see in magazines?” he says. “I like all of them. Even Victorian works for me.” The self-taught Chen learned his trade largely “by snooping in other people’s stores,” he says, and it all began with a drive-by.

“Some forty years ago, I was in my early twenties and driving along Melrose Avenue when I saw a store with Chinese antiques and ceramics in the window,” recalls Chen, who was born in Shanghai, grew up in Hong Kong, came to Los Angeles for college and never left. “The store was locked and the shopkeeper tried to wave me away, but I persisted. He said, ‘This is to the trade only — architects and designers, which you obviously are not.’

“I went to my father and said, ‘I want to open an antiques shop.’ ”

With a borrowed $6,000, Chen flew to Hong Kong and filled a 40-foot container with new and old Chinese porcelain and furniture — a conglomeration he now calls “junk” but that he nevertheless managed to sell from a rented 800-square-foot shop off Melrose Place, then a thriving antiques row.

His taste for antiques dealing whetted, Chen traveled to Europe, acquiring more inventory along with a trove of knowledge. Thus equipped, back in L.A. he set about developing an avid customer base. From Asian antiques, French chinoiserie and English Regency and painted Italian furniture, Chen branched out into Art Deco, Bauhaus and mid-century Scandinavian and American design.

Now, his gallery represents about 15 contemporary makers, including Tanya Aguiniga (textiles), Chuck Moffit (metal furniture) and Caroline Blackburn (ceramics). As he told Introspective in a recent interview, “My goal is a mix. I think you can put all these things together and have it work.” Read on for more of the conversation, and discover how Chen creates his artful mélanges.

After four decades in this profession, what continues to captivate you about the decorative arts?

There’s still just so much to absorb, and these days it’s coming at us from all angles. Not a day passes that I don’t uncover new potential acquisitions from online articles, email newsletters, Instagram postings.

My interests become broader as I navigate all of it. I believe diverse items from different eras and cultures can work together, as long as the resulting vignettes are pleasing to the eye. That’s subjective, which makes our business of aesthetics all the more enchanting.

Among the most unusual objects you handle are Chinese scholar’s rocks, which can be displayed as sculpture indoors or out. What are they, and what should we know about buying them?

In the thirteenth, fourteenth, fifteenth centuries, artists in China would identify natural rocks carved by weathering or punctured by rivers and streams. Poets wrote poems about them, scholars would contemplate them, and pavilions and gardens were built around them. It was all an aspiration to art. Now, they use saws and mechanical means to enhance pieces of rock — you can see that quite readily. The carving on the stand can tell you a lot, too, about whether it’s brand-new or earlier. You don’t want any carving at all.

Are there tips for judging authenticity that apply to decorative objects and furniture across the board?

In general, the likelihood is that something represented by a reputable dealer or auction house like Sotheby’s, Christie’s or Phillips, or a website like 1stDibs, is real. The chances of it not being are minimal. But be aware that when something is described as “in the style of,” chances are it’s just that, and it should be priced accordingly. If you’re not a purist, it’s not terrible to buy something unsigned.

You handle a lot of Danish modern furniture. What about authenticity and value in that area?

Danish furniture’s moment is still going on, because it was made impeccably, more by hand than by mass production. A wood cabinet by Niels Vodder is a painstakingly made studio piece. He stamped his work, but not necessarily every time. The stamped pieces cost twice as much as those with no stamp. You can’t always tell the authentic ones by eye, but you can be confident buying from a reputable source. If there’s any doubt, I don’t buy it.

You’ve worked closely with the Getty’s Pacific Standard Time initiative focusing on regional art and design, and with the Los Angeles County Museum of Art. How can people learn more about Californian design?

I donated several items, including a Walter Lamb chaise longue, to the 2011–12 LACMA show “California Design 1930–1965: Living in a Modern Way,” which was really extensive. I recommend getting the catalogue. For Pacific Standard Time, I organized a big Charles and Ray Eames exhibition of more than 450 pieces and put together a catalogue raisonné, Collecting Eames by JF Chen.

There’s a quote on your website: “If I see a piece I know is rare, I need to buy it — it could be decades before I find it again.” Is that a rule we should all go by?

It’s really the ultimate excuse to buy something I want right there and then. It’s what I tell my wife. She looks at my inventory and says, “What are you thinking?” My interests are so widespread. A sensible dealer would stop, but I haven’t stopped. 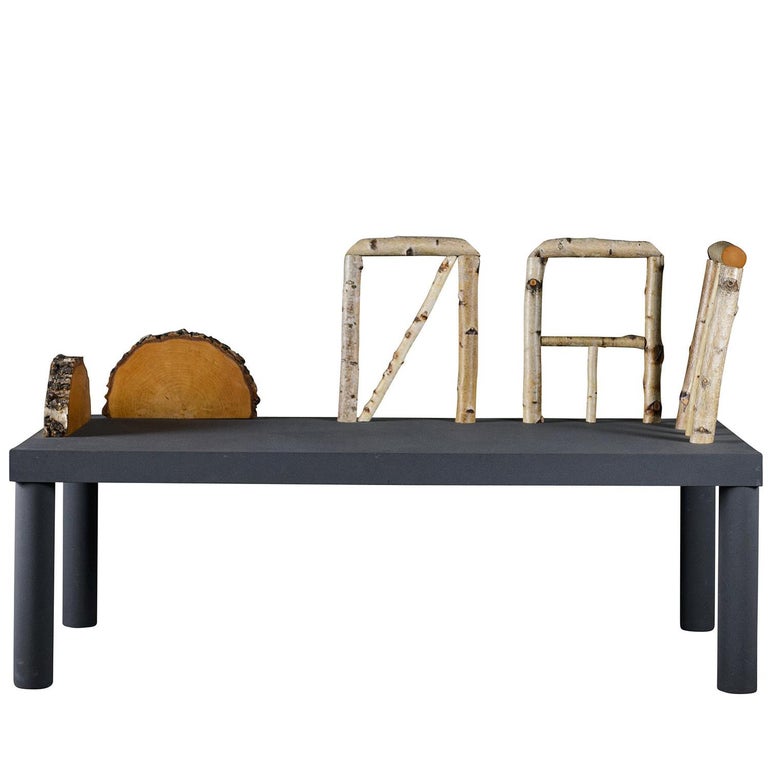 “Andrea Branzi, still creating in his eighties, is the thinking man’s furniture designer, always veering away from the typical. You could say this minimalist Domestic Animals bench is borderline Memphis.” 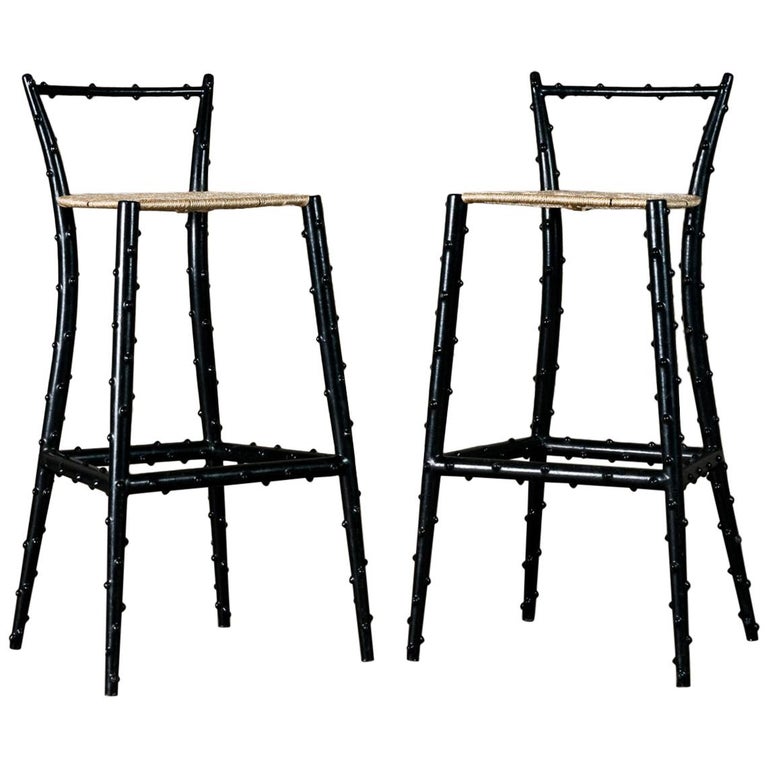 “Piero Fornasetti was one of Italy’s best. These circa-1970 rubber-coated bar stools are whimsical, almost comical — really great to look at.” 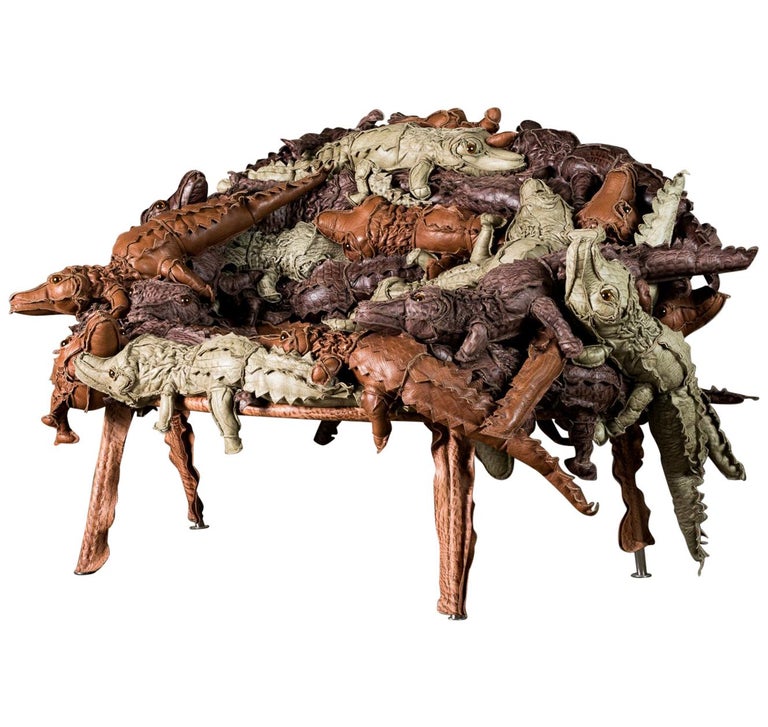 “The studio of Brazilian brothers Fernando and Humberto Campana painstakingly stitched together these alligator banquettes out of leather in 2011. They’re part of a series with panda bears and other animals.” “Like much of Gaetano Pesce’s work, this cabinet is crazy and out there, daring and courageous.” “California mid-century designer Walter Lamb made this bronze and wood side table from material salvaged from a World War II warship.” 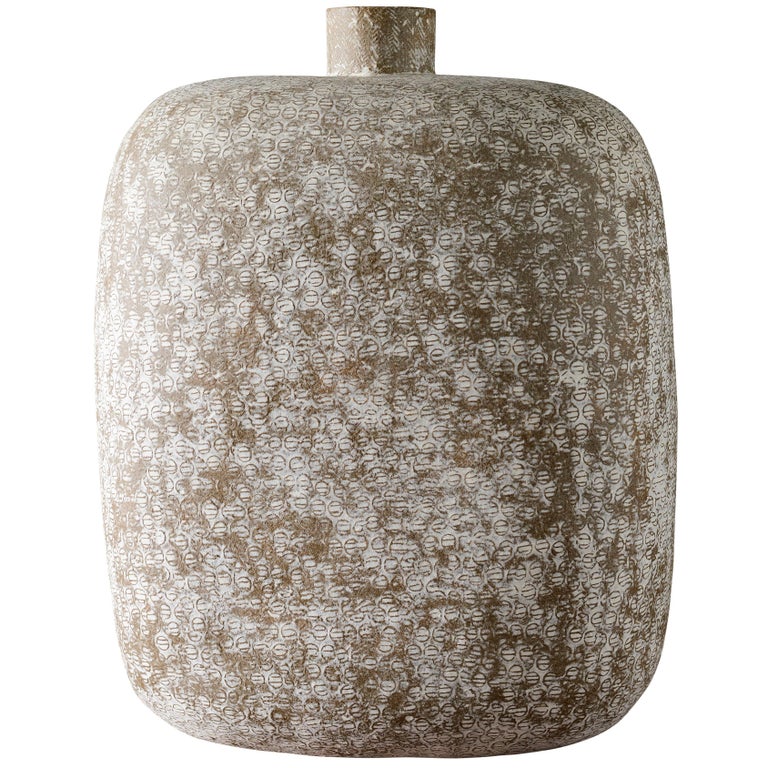 “The late American ceramist Claude Conover’s vases were of various shapes and each individually named. He was very consistent with his occlusions and patterns and was neglected for a while, but he’s coming back, big time, now.”